Impact of perioperative blood transfusion on clinical outcomes in patients with colorectal liver metastasis after hepatectomy: a meta-analysis

BACKGROUND: Perioperative blood transfusion may be associated with negative clinical outcomes in oncological surgery. A meta-analysis of published studies was conducted to evaluate the impact of blood transfusion on short- and long-term outcomes following liver resection of colorectal liver metastasis (CLM).

Colorectal cancer is the third most common malignancy worldwide with approximately 50% patients developing liver metastasis during the course of disease. Hepatic resection represents potentially curative treatment for colorectal liver metastasis (CLM) and offers an opportunity of long-term survival benefit, with 5-yeart overall survival (OS) rate of 37-58% [1]. Although advances in surgical techniques and perioperative care have decreased the morbidity and mortality remarkably in high-volume centers, a considerable proportion of patients have to receive perioperative blood transfusion (PBT) [2-4]. Transfusion-related immune modulation may compromise the clinical outcomes in oncological surgery. However, data for evaluating the impact of PBT on short- and long-term outcomes following CLM resection are limited due to small sample sizes in most reported studies [2-10]. In this study, we made a meta-analysis on the presently existing data in the literature to assess this issue.

Table 1: Clinical background of studies included in the meta-analysis. 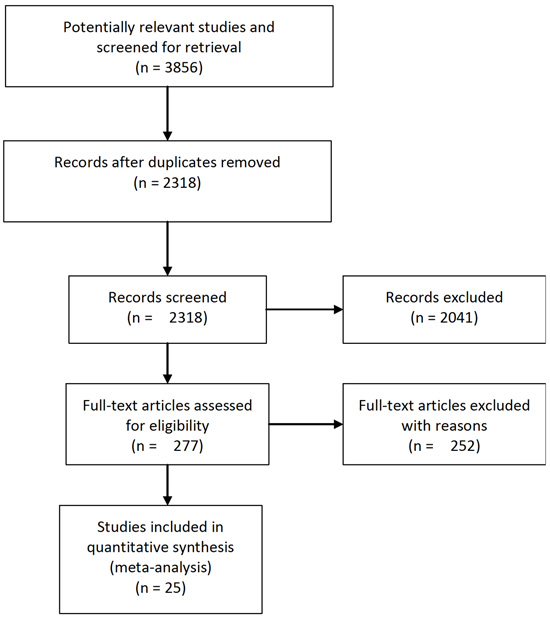 Table 2 shows the results for the outcomes. 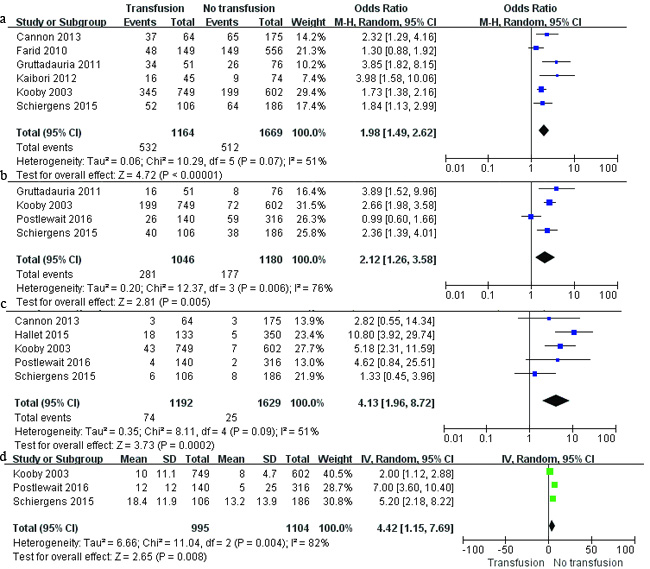 Figure 2: Results of the meta-analysis on perioperative outcomes. a. overall morbidity; b. major complications; c. mortality; and d. lengths of hospital stay.

There was significant heterogeneity between studies (I2 =71%) regarding the impact of PBT on OS. In meta-regression analysis, year of publication, sample size, and country of patients were significant sources of heterogeneity (Table 3). 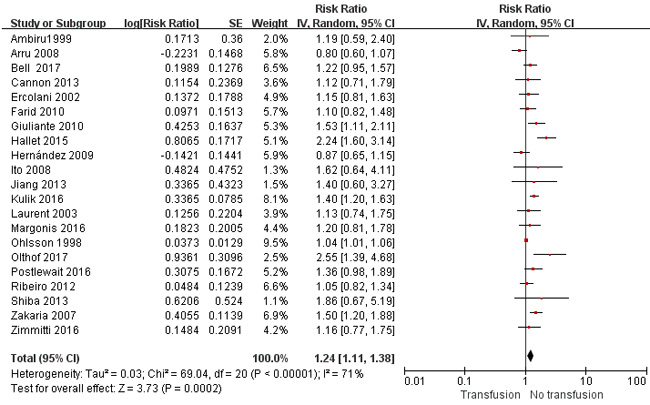 Figure 3: Results of the meta-analysis on overall survival.

Figure 4: Results of the meta-analysis on disease-free survival.

A funnel plot reveals asymmetry for the effect of PBT on OS indicating the presence of publication bias (Figure 5). 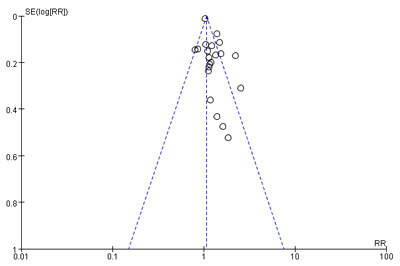 Figure 5: Funnel plot for the results from overall survival.

While blood transfusion is important in maintaining hemodynamic stability and end organ perfusion during complex surgeries, it still carries significant risks, including incompatibility, transmission of infectious agents, coagulopathy, allergic reactions, and tumor-promoting action [30]. Since Burrows and Tartter first reported that PBT may worsen the postoperative survival of patients with bowel cancer in 1982 [31], a large number of authors have investigated the impact of PBT on clinical outcomes in patients with cancer subjected to surgery. In the field of hepatopancreaticobiliary oncological surgery, a meta-analysis of 23 studies reported that patients receiving PBT had significantly lower 5-year survival after curative-intent pancreatic surgery (OR, 2.43, 95% CI =1.90–3.10) [32]. Another meta-analysis of 22 studies noted that hepatocellular carcinoma patients receiving PBT had an increased risk of all-cause death at 3 and 5 years after surgery (respectively: OR = 1.92, 95% CI, 1.61-2.29; OR = 1.60, 95% CI, 1.47-1.73) compared with those without PBT [33]. In contrast, the evidence is less clear in CLM surgery. To the best of our knowledge, this is the first meta-analysis that selectively focused on surgical CLM populations. The result clearly indicates that PBT compromised long-term survival dramatically.

Beyond its deleterious effect on long-term outcomes after surgery, PBT is also associated with adverse perioperative sequelae as measured by overall morbidity, major complications, mortality, and length of stay in the current study. More specifically, more occurrences of postoperative infection or liver failure were observed in patients receiving PBT [6, 11].In a recent review of 712 consecutive elective hepatectomy (all diseases), Hallet et al. [34] found that PBT was associated with an increased rate of major complications and a longer length of hospital stay. The observations from non-hepatic surgery also demonstrated similar results [35, 36].

An important issue is whether the association between PBT and the outcome variables analyzed represents a causative effect or whether there are unmanageable confounders acting inwardly. It can be presumed certain that the transfused patients may represent a compromised and vulnerable cohort, and poor outcomes may be attributed to other factors associated with PBT unless otherwise further confirmed by a multivariate model [20]. Indeed, the results of our pooled data of multivariate RR are similar to the findings from overall analysis regarding long-term survival. Although we were unable to pool multivariate RR for perioperative outcomes due to insufficient data, in one included study, PBT was identified at multivariate analysis as a significant predictor of overall morbidity, major complications and mortality after other variables were adjusted [5]. Therefore, there are risks linked to poor postoperative outcomes inherently associated with transfusion per se rather than a confounder.

The mechanism underlying the detrimental effect of PBT on postoperative outcomes after oncologic surgery remains to be elucidated. One possible reason is the immunosuppressive effect of transfusion. The observed alterations include suppression of cytotoxic cells and monocyte activity, release of immunosuppressive prostaglandins, inhibition of interleukin-2 production, and increase in suppressor T-cell activity [30].

This meta-analysis has several potential limitations. First, all included studies are observational studies that provided a low level of evidence. Studies may have differed with regard to the baseline characteristics of the patients, tumor size or disease stage, operative procedures, the amount of blood loss, adjuvant treatment, and the follow-up duration. The results therefore are susceptible to heterogeneity. Second, the timing or amount of transfusion received was not taken into account because most of these published studies lacked relevant information. Finally, the review was restricted to articles published in English. This selection could favor the positive studies, as positive results tend to be published in English-language journals, while negative studies tend to be reported in native languages. There is therefore a publication bias.

In conclusion, PBT has a detrimental impact on clinical outcomes in patients undergoing CLM resection. Both surgeons and anesthesiologists need to manage perioperative care from various aspects to minimize the use of transfusion.

This study was done in accordance with the recommendations of the preferred reporting items for systematic reviews and meta-analyses (PRISMA) [28].

Study selection and criteria for inclusion

A systematic search of PubMed, Science Citation Index, and Embase databases was performed to identify relevant articles from the time of inception to March 2017 using the following key words: colorectal liver metastases, liver resection, and transfusion. Manual search of reference lists of all retrieved articles was carried out to identify additional studies.

Two reviewers (XL and YL, respectively) independently extracted relevant data regarding the characteristics of study and outcomes of interest from each selected article by using standardized data extraction forms. Discrepancies were resolved through discussion and consensus.

The outcomes of interest were clinicopathologic characteristics, postoperative morbidity and mortality, OS and DFS.

The methodological quality of included studies was assessed by using the Newcastle-Ottawa Scale. Scores are assigned for patient selection, comparability of the study groups, and outcome assessment [29].

The effect measures estimated were odds ratios (OR) 95% CI for dichotomous variables and weighted mean difference (WMD) with a 95% CI for continuous data. The RR with 95% CI was used to assess the prognostic value of transfusion. The I2 statistic was calculated to assess the heterogeneity in results across studies with values﹥50% representing substantial heterogeneity. A funnel plot based on the OS was used to detect the possibility of publication bias. Sensitivity analyses were carried out to investigate the impact of individual study on the overall outcome of the meta-analysis. Meta-regression was performed with the following co-variates: sample size, year of publication, and country of patients. Statistical analyses were performed with Review Manager version 5.3 (The Cochrane Collaboration, Software Update, Oxford) and StataTM version 8.0 (Stata Corporation, College Station, Texas, USA). Values of P < 0.05 were considered statistically significant.