Acute myeloid leukemia (AML) is a frequently fatal malignant disease of hematopoietic stem and progenitor cells. The molecular and phenotypic characteristics of AML are highly heterogeneous [1]. It can arise from a series of genetic and epigenetic alterations that disrupt the differentiation, proliferation, and survival of myeloid progenitor cells [2]. The incidence of AML peaks in early childhood and late adulthood [3]. Although the survival rate among younger AML patients has improved, the prognosis of older patients is still poor.

Long non-coding RNAs (lncRNAs) are a heterogeneous class of RNAs greater than 200 nucleotides in length [4]. Many studies have indicated lncRNAs are important for cell cycle control [5], survival [6], migration [7], and metabolism [8]. LncRNAs participate in multiple networks that control cellular differentiation and development [9], and alterations in lncRNA expression/regulation have been associated with many diseases including cancer [10]. Recently, more and more studies have shown that lncRNAs are deregulated in a wide variety of cancers [11, 12]. Several studies have assessed the roles of lncRNAs such as ANRIL, lncRNA-P21, MEG3, Dleu2, HOTAIRM1, EGO, and lncRNA-a7 in leukemia. The results highlight the importance of investigating lncRNAs as diagnostic, prognostic, and therapeutic targets [13]. The maternally expressed gene 3 (MEG3) gene, located on chromosome 14q32, encodes a myelocyte-related lncRNA that has been implicated in several human malignancies [14]. However, the function of MEG3 has not been elucidated [15]. MEG3 is involved in both physiological and pathological processes. For example, it participates in signaling cascades involved in cell proliferation and differentiation, survival, and angiogenesis. Dysregulation of MEG3 has been associated with several types of cancer [16]. Previous studies have indicated that loss of MEG3 expression in cancer can result from hypermethylation of the MEG3 promoter as well as the intergenic germline-derived differentially methylated region [16–18]. Intriguingly, hypermethylation of the MEG3 promoter has been observed in approximately 50% of patients with myelodysplastic syndrome (MDS) and AML [19]. These results were confirmed in an independent analysis of 40 AML patient samples [20]. Hypermethylation of the MEG3 promoter was correlated with decreased overall survival and is a prognostic marker in myeloid malignancies [19]. Thus, aberrant methylation of the MEG3 promoter may promote AML progression [19, 21]. However, the mechanisms underlying hypermethylation of the MEG3 promoter in AML are unclear.

Tet methylcytosine dioxygenase 2 (TET2) is a putative tumor suppressor gene located on chromosome 4q24.1 [22]. Mutations in TET2 have been observed in a variety of myeloid disorders [23]. Subsequent sequencing analysis revealed that TET2 mutations are present in approximately 7%−23% of AML patients [24–26] and in 14%−55% of patients with other myeloid malignancies [23, 24, 27]. Reduced TET2 activity and 5-hydroxymethylcytosine (5hmC) levels were observed in AML, MDS, chronic myelomonocytic leukemia (CMML), lymphoid leukemia, and other patients with hematological malignancies. Thus, TET2 inactivation and MEG3 promoter methylation frequently coexist.

Micro RNAs (miRNAs) regulate many cellular processes including cell proliferation, differentiation, development, apoptosis, metabolism, and hematopoiesis [28]. Interestingly, miRNA 22 (miR-22) negatively regulates TET2 expression, which results in a decrease in 5hmC and an increase in the methylation of the promoters of multiple genes. Here, we investigated the relationship between TET2 inactivation and MEG3 promoter methylation in Hainan patients with AML.

Analysis of the relationship between MEG3 promoter methylation, and MEG3 and TET2 expression

Analysis of the correlation between TET2 expression and miR-22-3p, miR-22-5p, and MEG3 expression

Analysis of MEG3 expression as a diagnostic test 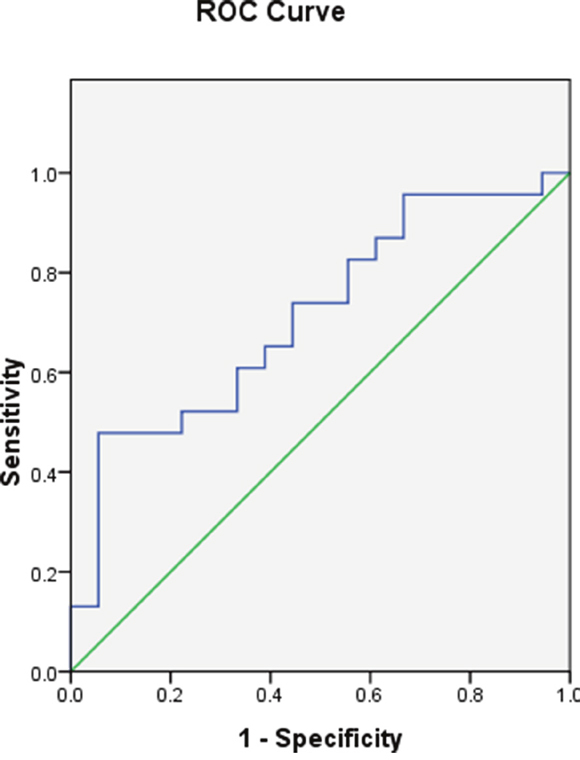 Figure 2: MEG3 promoter methylation in the AML and control groups.

Aberrant promoter methylation can result in silencing of gene expression and contribute to the development of leukemia. Changes in DNA methylation state (particularly hypermethylation of tumor suppressor genes) is a diagnostic and prognostic marker in patients with hematological malignancies [29]. Previous studies of the role of DNA methylation in AML have achieved conflicting results. Analysis of epigenetic patterns in AML could enable identification of new patient subgroups and/or provide new prognostic biomarkers. Here, we assessed the relationship between MEG3 promoter methylation and MEG3, TET2, miR-22-3p, and miR-22-5p expression.

MEG3 is a maternally expressed gene on that encodes a lncRNA with a length of 1.6 kb [30, 31]. The functions of MEG3 have not yet been defined. However, it has been implicated in normal physiological processes as well as tumorigenesis [32]. MEG3 promoter methylation was also correlated with reduced overall survival, and could serve as a prognostic marker in myeloid malignancies [15]. Promoter methylation is not always disease-related. It also occurs under normal conditions and is important for the expression of growth factors and their receptors, cytokines, and various other molecules during normal myeloid development [21]. Promoter hypermethylation and aberrant silencing of genes involved in cell adhesion, cell cycle regulation, and tumor suppression has been observed in hematological malignancies such as MDS and AML. These alterations are thought to occurs at approximately the same frequency as mutations [17].

Bone marrow samples were obtained from 29 patients with AML (diagnosed according to the French-American-British criteria [41]) who were treated at the People’s Hospital of Hainan Province between February 2014 and August 2015. The control population consisted of 20 healthy volunteers. The protocol was approved by the People’s Hospital of Hainan Province. Written informed consent was obtained from all patients.

Total RNA was extracted from frozen tissue samples or cells using the TRIzol reagent (Invitrogen, Carlsbad, CA, USA) according to the manufacturer’s protocol. A total of 1 μg of RNA was reverse transcribed using the TIANScript RT Kit (TIANGEN, Beijing, China). Quantitative real-time PCR was performed using the BIO-RAD iQ5 Real-Time System (BIO-RAD, Hercules, CA, USA) and SYBR Green (TIANGEN) as a double-stranded DNA-specific dye. We performed the cDNA synthesis using a Thermo Script RT-qPCR System (Invitrogen). Target genes were amplified with primers designed using the Primer Premier Version 5.0 software. The following protocol was used for real-time PCR: 95°C for 2 min followed by 40 cycles at 95°C for 15 sec, and then 60°C for 1 min. Standard curves were generated for each assay to produce a linear plot of threshold cycle (Ct) against log (dilution). Target gene expression was quantified using the standard curve method. Data are presented as relative Ct values (n = 6). MEG3 and TET2 expression was normalized to GAPDH, while miR-22-3p and miR-22-5p levels were normalized to U6 snRNA. The relative levels of MEG3, TET2, miR-22-3p, and miR-22-5p were calculated using the 2-ΔΔCt method [(Ct, HOTAIR - Ct, GAPDH, U6) - (Ct, HOTAIR - Ct, GAPDH, U6) control].

Statistical analyses were performed using the SPSS 17.0 software (SPSS, Chicago, IL, USA). Demographic and clinical data are reported as the mean, median, or a proportion. The data were analyzed using Student’s t-tests or one-way analysis of variance, and a P value < 0.05 was considered statistically significant. Mann-Whitney U tests were performed using the GraphPad Prism 5 software. Spearman’s correlation was used to assess differences in methylation levels. Finally, receiver operating characteristic (ROC) curves were used to evaluate MEG3 promoter methylation as a diagnostic marker for AML.

We wish to thank all of the patients who participated in this study.

This work was supported by the National Natural Science Foundation of China (No. 81460031).

13. Heuston EF, Lemon KT, Arceci RJ. The Beginning of the Road for Non-Coding RNAs in Normal Hematopoiesis and Hematologic Malignancies. Frontiers in genetics. 2011; 2:94.

17. Zhao J, Dahle D, Zhou Y, Zhang X, Klibanski A. Hypermethylation of the promoter region is associated with the loss of MEG3 gene expression in human pituitary tumors. The Journal of clinical endocrinology and metabolism. 2005; 90:2179-2186.