One strategy to improve the care of bladder cancer patients is to explore the molecular pathogenesis and novel tumor markers to predict prognosis. Genetic alteration has been known to contribute to the occurrence and development of bladder cancer [3]. By integrated analysis of genomic event, we could define some subgroups of cancer type and found correlations between clinical information, which could provide robust prognosis markers.

Recent report using whole-genome sequencing techniques have identified varieties of focal copy number alterations of bladder cancer, including YWHAZ, located at 8q22, a gene involved in a wide range of biological processes [4]. The cocomitment gain of YWHAZ was found to be associated with some common molecular events, including TP53 mutation [5]. Up till now, the link between YWHAZ and biological characteristics of bladder cancer remains poorly understood. In our study, we reported using the online analytical tools of The Cancer Genome Atlas (TCGA) database, to explore the biological significance of YWHAZ amplification on bladder cancer, and the correlation with important other molecular events.

Table 1: The characteristics of patients with TP53 alteration (+: altered; −: unaltered)

Table 2: The characteristics of patients with CDKN2A alteration (+: altered; −: unaltered)

Figure 2: mRNA level was consistent with gene change. Functional plotting of the corresponding mRNA level in relation to genetic status of (A) YWHAZ, (B) CDKN2A and (C) TP53. 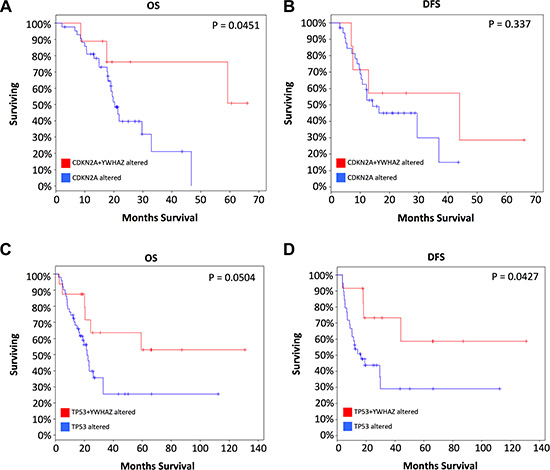 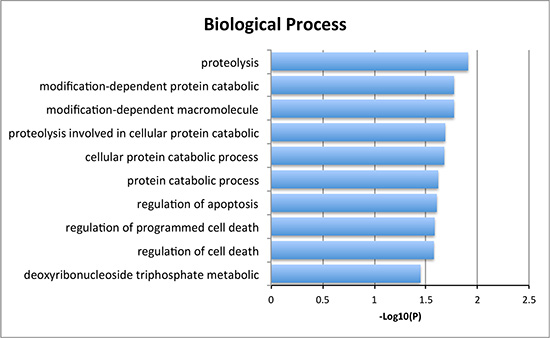 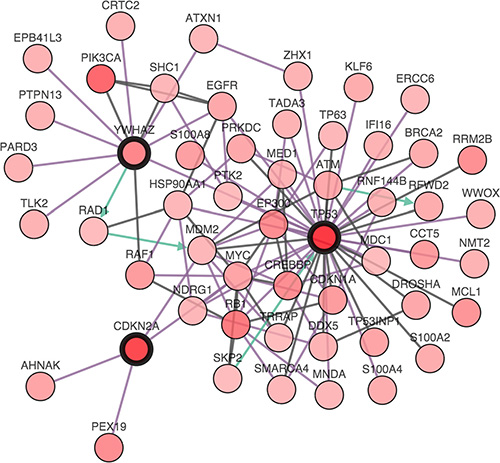 Figure 5: The interactions between TP53, CDKN2A, and YWHAZ alteration.

We summarized the CNA and expression status of YWHAZ based on the study of Cancer Cell Line Encyclopedia. A total of 54 breast cancer, 7 prostate cancer and 24 urinary tract cancer cell lines were included. The profile of YWHAZ change and its mRNA expression status in this three cancer types was showed in Table 3. Details in different cell lines was showed in Supplementary Table 1.

This study revealed that the amplification of YWHAZ, along with alteration of CDKN2A or TP53, predict better survival in bladder cancers that only had CDKN2A or TP53 alteration. The finding implicated that YWHAZ might play protective roles in bladder cancer. This was interesting because in previous studies, the overexpression of YWHAZ, has been implicated in the initiation and progression of multiple cancers [6]. In prostate cancer, 14-3-3ζ was upregulated by androgen and contributes to cell proliferation and resistance to etoposide-induced apoptosis in LNCaP cells. The higher expression is associated with malignancy and lymph node metastasis [7]. In breast cancers, 14-3-3ζ overexpression occurred in nearly half of breast tumors and was determined to be an independent prognostic factor for reduced disease-free survival. By using stable transfection or siRNA technique, increased 14-3-3ζ expression was found to enhanced cell growth and inhibited apoptosis, whereas downregulation of 14-3-3ζ reduced growth and sensitized cells apoptosis in breast cell lines [8].

TP53, also known as tumor protein 53, is a well-known tumor suppressor gene. The mutation or deletion of TP53 gene is commonly seen in bladder cancer patients [9]. In our cohort, TP53 mutation or deletion is seen in 52% of the patients. CDKN2A, also known as cyclin-dependent kinase inhibitor 2A, codes for two proteins, including p16 an p14arf, both act as tumor suppressors by regulating the cell cycle. The genetic alteration of CDKN2A is most common clinically relevant in the advanced bladder cancer [10]. Both TP53 and CDKN2A alteration contributed to the unfavorable clinical and survival outcomes [11].

In muscle invasive bladder tumor, gain on 8q was paralleled with TP53 mutation. Here using TCGA database we found this association positively contributed to the overall survival. Also the survival benefits were observed in the combination of YWHAZ and CDKN2A alteration. As both TP53 and CDKN2A were cell cycle checkpoint genes, we assume YWHAZ function in the cell cycle related pathway. 14-3-3 zeta regulates cell cycle progression through various ligands and processes. Previous study reported that 14-3-3 zeta controls cellular senescence by complexing with BIS to chaperone protein folding of STAT3 and activate the signaling pathway [12]. Also, 14-3-3 zeta can negatively regulate the G2-M phase checkpoint by binding and sequestering the cyclin-dependent kinases to the cytoplasm, thus inhibiting their activity [13]. Another study reported 14-3-3 zeta binding to Cdc25B and inhibits its interaction with CyclinB/Cdk1 [14]. Cdc25 dual-specificity phosphatases are essential regulators that activate cyclin-dependent kinases(CDKs) at critical stages of the cell cycle, acting both in S phase and G2/M in mammalian cells [15]. Thus, developing selective inhibitors for Cdc25 family proteins could provided novel therapeutic strategies for cancer therapy [16–18]. This might account for how 14-3-3 zeta exerts its protective function. As a tumor suppressor, CDKN2A is involved in the p53 pathway, arrest growth by holding the cell cycle at G1/S checkpoint on DNA damage recognition. When this mechanism fails, 14-3-3 zeta could inhibit Cdc25B and arrest the cell cycle at G2/M phase. All these speculations however still warrant insightful studies both in vivo and in vitro.

An in silico reproduction using TCGA dataset was performed in the current study, as previously reported [19–21]. The TCGA bladder cancer (Provisional) dataset was chosen on the cBioPortal online platform [22, 23]. Cases with CDKN2A or TP53 mutations were respectively chosen, amongst which concurrent YWHAZ amplification was queried using the OncoPrint function. The Plots function illustrated the correlation of CNV/mutation versus mRNA expression. The Enrichment function explored alterations including mutations, copy number alterations, mRNA expression changes, and protein expression changes that were enriched in either altered or unaltered queried samples. The Survival illustrated Kaplan-Meier curves for overall survival and cancer-free survival. The Network illustrated the interactions between queried genes and in our cohort. All statistical analyses were performed automatically by the cBioPortal platform and the P value of < .05 and Q value of < .05 were accepted as statistically significant, respectively.

The Database for Annotation, Visualization and Integrated Discovery (DAVID) v6.7 was used for clustering of enriched genes passing both p (< .05) and q (< .05) values in the cBioPortal Enrichment tests. Clinicopathological parameters of the patients within TCGA cohort were retrieved and grouped according to alterations in single or double query genes and were compared using the Fisher’s exact test. The P value of < .05 was accepted as statistically significant.

We thank all the authors for contribution to this manuscript.