Lung cancer is the main cancer worldwide in terms of the incidence and mortality [1, 2]. Accounting for nearly 50 percent of all lung cancers, adenocarcinoma remains the most common histologic subtype of lung cancer and the incidence rate continues to rise in virtually all countries [3, 4]. In 2011, a new adenocarcinoma classification was proposed by the International Association for the Study of Lung Cancer (IASLC)/American Thoracic Society (ATS)/European Respiratory Society (ERS), which discontinued the subtype of clear cell adenocarcinoma and recognized it as a feature [3].

Regardless of the amount and size, the term ‘lung adenocarcinoma with clear cell component’ is now regarded as a cytologic feature due to the IASLC/ATS/ERS classification [3]. Adenocarcinoma cells with clear cytoplasm are frequently focal, but they rarely become the predominant component [5]. Many studies have demonstrated that clear cell feature may occur in association with various histologic subtypes even in some esoteric pulmonary tumors such as fetal adenocarcinoma [6–8]. Although clear cell feature is not considered to be a specific histologic pattern, associations with immunohistochemical and molecular characteristics were confirmed [3]. 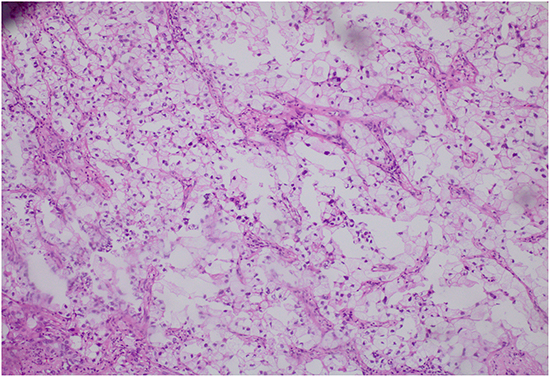 Table 1: Clinical characteristics of patients with LAdCC and ADC

Table 3: Univariable analyses for RFS and OS in 1697 patients with resected lung adenocarcinoma

Table 4: Multivariable analyses of RFS and OS in 1697 patients with resected lung adenocarcinoma 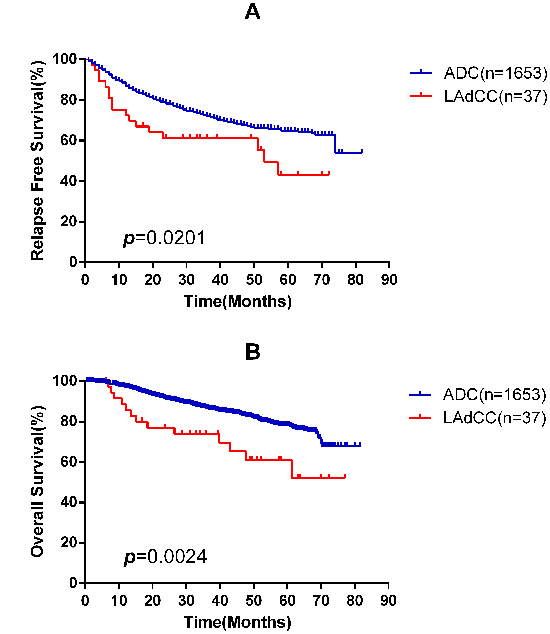 Similar to the 2011 IASLC/ATS/ERS classification, a new classification of lung tumors was proposed by World Health Organization (WHO), which also defined clear cell feature as a type of cytologic characteristics [13]. Though many authors have outlined that clear cell feature can be detected in multiple histologic patterns and may be useful to compare diverse lung tumors, lung adenocarcinoma with clear cell component is extremely rare and the cases reported in literature remain scarce [6–12, 14–16].

There are several limitations in this study. First, despite we detected mutational status of lung adenocarcinomas with clear cell component and reported in such a number, it was still a small sample size. Besides, there were also a few lung adenocarcinomas with clear cell component not included in our study because of the incomplete data. Second, the controversial treatment strategies made us take different options to patients and would lead to diverse outcomes. This could be a potential bias.

In summary, our findings demonstrated that lung adenocarcinoma with clear cell component is a rare, malignant tumor with poor prognosis and displays more frequent EGFR and KRAS mutations. Multidisciplinary treatment and active postoperative follow-up should be adopted.

An informed consent was signed by each patient or legal representative. The study started after obtaining our institutional review board approval. The archives for all patients were reviewed to collect corresponding clinicopathologic data including sex, age, smoking history, pathologic TNM stage (according to the 7th edition of the American Joint Committee on Cancer TNM staging system [28]) and treatment history. The data for disease recurrence and survival were obtained by follow-up clinic or telephone.

The mutational status of EGFR (exons 18-21), KRAS (exons 2-3), HER2 (exons 18-21), BRAF (exons 11-15) and AKT1 (exon 4) was determined using direct dideoxynucleotide sequencing and verified by DNA sequencing analysis. With the use of cDNA, primers was designed to amplify all known fusion variants in order to detect ALK, RET and ROS1 fusions. ALK fluorescent in situ hybridization (FISH) was used to confirm the accuracy of quantitative real-time reverse transcriptase PCR (qRT-PCR) [29, 30].

All the clinicopathologic data were analyzed using SPSS 19.0 software package (SPSS Inc, Chicago, IL) or Prism 5 (Graph Pad Software Inc., La Jolla, CA). The distributions of relapse-free survival (RFS) and overall survival (OS) were estimated using the Kaplan-Meier method, and the significance between two categories was probed by the log-rank test. The two-tailed significance level was set at p <0.05.

18. Reinilä A, Dammert K. An attempt to use the WHO typing in the histological classification of lung carcinomas. Acta Pathologica Microbiologica Scandinavica Section A Pathology. 1974; 82:783-790.