*Co-author and contributed equally to this work

Objective: To determine the correlation of different tumor-size cutoffs with prognostic factors and survival outcomes to provide a reference for the modification of the T-stage classification in the DeOliveira staging system for hilar cholangiocarcinoma (HCCA).

Materials and Methods: We retrospectively analyzed 216 patients who underwent curative surgery for HCCA (mean tumor diameter, 2.8 cm) between 2000 and 2013. Univariate and multivariate logistic regression were used to assess the correlation of tumor-size cutoffs with various factors.

Conclusions: The 2-cm and 3-cm cutoffs were strongly correlated with resection margin, node status, tumor differentiation and survival. The 2-cm cutoff may be added to the DeOliveira staging system.

Hilar cholangiocarcinoma (HCCA) is a comparatively infrequent neoplasm typically involving the confluence of the hepatic ducts [1]. Owing to their location at the confluence of the right and left bile ducts and their close relationship with major vascular structures, these tumors tend to invade the portal vein, hepatic artery, and liver parenchyma, resulting in a relatively low surgical-resectability rate of 34%–47.2% [2–4]. In addition, risk factors like preoperative liver dysfunction, obstructive jaundice, and long operative time increase the surgical risks and decrease the surgical-resection and survival rates. Despite this, the standard treatment for HCCA is bile-duct resection accompanied with hepatectomy, caudate lobectomy, lymphadenectomy, and even vascular resection and reconstruction [5–9]. HCCA-resection surgery is one of the most difficult and challenging surgical procedures performed by hepatobiliary surgeons because HCCA demonstrates a propensity for intramural growth, perineural invasion, and regional and distant lymphatic infiltration [8, 10]. The reported 5-year survival rates vary from 10% to 40%, which is far from satisfactory [1, 11–19].

Many prognostic factors such as lymph node status, tumor differentiation, margin status, and caudate lobectomy have been reported to influence survival outcomes in HCCA [6, 15, 20–23]. Tumor size is a controversial prognosticator; several studies have reported no correlation of tumor size with survival [4, 11, 24–26], while others have found that smaller tumors are associated with better survival results than larger tumors [22, 27–30]. In fact, the DeOliveira staging system for HCCA distinguishes between T1, T2, and T3 tumors solely on the basis of tumor diameter (< 1 cm vs. 1–3 cm vs. > 3 cm) [29, 31].

We, therefore, conducted a single-center large-scale case series study that aimed to determine the relationship of different tumor-size cutoff points with various clinical and pathological variables as well as survival rates in order to evaluate the possibility of implementing another tumor-size cutoff of 2 cm or 4 cm in addition to the current 1-cm and 3-cm cutoff points of the DeOliveira staging system.

The study involved 216 HCCA patients, including 140 men and 76 women, with a median age of 60 years (range, 26–82 years). The clinical characteristics of the patients are shown in Table 1. The most common symptom was jaundice (60%). The median intraoperative blood loss was 600 mL (range, 50–2000 mL), and 103 (47.7%) patients required perioperative blood transfusion. Preoperative biliary drainage was performed in 107 (49.5%) patients with jaundice, and 30 (13.9%) patients underwent preoperative portal vein embolization. According to the AJCC staging system, 34, 76, 81, and 25 patients had stage I, II, III, and IV disease, respectively. According to the Bismuth-Corlette classification, 55, 52, 57, and 52 patients had type I, II, III, and IV disease, respectively. The perioperative morbidity rate was 31.9% (n = 69), and the most common perioperative complication was bile leakage (n = 25). The perioperative mortality rate was 2.3% (n = 5), which was defined as death within 60 d of the surgery, or occurred at any time during the postoperative hospital stay. 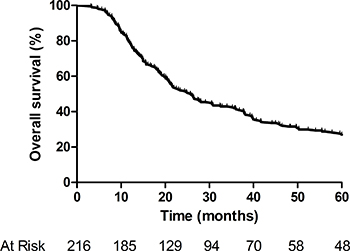 Table 2: Univariate and multivariate analysis of factors associated with long-term survival after resection of hilar cholangiocarcinoma

Relationship between tumor size and other tumor characteristics

HCCA is a highly fatal disease. Despite rapid developments in surgical techniques and perioperative care, the resection of HCCA remains challenging. The prognostic factors for HCCA have been extensively researched. However, to our knowledge, the relationship of different tumor sizes with prognostic factors such as pathological classification, nodal status, resection margins and survival, has not yet been investigated in detail. Moreover, different authors hold different views about the prognostic effects of tumor size and the T stage of the DeOliveira staging system, and whether or not 2-cm and 4-cm cutoffs should be included in the T stage of the DeOliveira staging system remains debatable. Some studies have reported that a tumor size of ≥ 2 cm is associated with worse survival outcomes [22, 33]. Therefore, in the present study, we assessed tumor-size cutoffs of 1, 2, 3, and 4 cm, so as to determine the relationship of tumor size with various prognostic factors and survival outcomes. Our study comprises a single-center large-scale case series of HCCA patients treated over a period of 10 years. Thus, it is the first large-scale case series to specifically evaluate the relationship of different tumor-size cutoffs with pathological and prognostic factors in a large sample of HCCA cases. We hope that our results will provide a basis for the reevaluation of the T stage in the DeOliveira staging system.

We further evaluated the relationship of different tumor-size cutoffs with resection margins. The 2-cm and 3-cm cutoffs were correlated with microscopically negative surgical margins. Specifically, the likelihood of achieving a microscopically negative margin decreased from 90.9% to 60% as the tumor size increased from 2 cm to 3 cm or larger. However, in the subgroups of patients with tumors measuring ≤ 2 cm and those measuring > 3 cm, we did not find any correlation between tumor size and resection margins. Thus, compared with 1-cm cutoff, the 2-cm and 3-cm cutoffs were strongly correlated with the resection margin. Furthermore, the importance of R0 resection margins in prolonging the overall survival rate has been frequently reported by many authors [27, 37, 38]. Our results showed that the 2-cm and 3-cm tumor-size cutoffs were strongly associated with resection margins and thus indirectly influenced postoperative survival outcomes to some extent. This finding further supports the addition of a 2-cm cutoff to the DeOliveira staging system.

Upon analyzing the relationship of different tumor-size cutoffs with surgical procedures, we found that the 2-cm cutoff was correlated with whether to carry out hepatectomy or not. Hepatectomy appears to have a positive effect on tumor-free margins and survival after the resection of Klatskin tumors [23, 39]. Thus, the 2-cm cutoff may be more important than the 3-cm cutoff because of its additional impact on the application of hepatectomy and indirect effect on survival outcomes. We therefore recommend that the 2-cm cutoff be included in the DeOliveira staging system.

Also, different from the existing staging system, our study did not find an association of the 1-cm cutoff with prognostic factors and survival. In their research, DeOliveira et al. only interpreted the reason for selecting the 3-cm cutoff for defining T3 tumors; they did not explain why the 1-cm cutoff was selected as the first cutoff point [31]. Because of the late presentation of symptoms in HCCA, these tumors are usually diagnosed in the later stages when the disease is locally advanced. Thus, most patients have tumors measuring > 1 cm, which is supported by our current findings. So this classification needs to be further evaluated in a large case series or multi-center clinical research study.

In conclusion, our data confirm the notion that compared with the 1-cm tumor-size cutoff, the 2-cm and 3-cm cutoffs were more important in terms of their association with survival and other prognostic factors. Compared with patients with tumors measuring ≤ 2 cm, those with tumors measuring > 3 cm were more likely to have poorly differentiated tumors, R1 or R2 resection margins, and lymph node metastasis. The 2-cm and 3-cm tumor-size cutoffs could also affect the overall survival outcome by indirectly influencing tumor differentiation, tumor resection margins, and node status. The 2-cm and 3-cm tumor-size cutoffs maybe more reasonable than the current 1-cm and 3-cm cutoffs. At the very least, the 2-cm cutoff should be considered as another potential tumor-size cutoff point in the current DeOliveira staging system; however, further research is urgently warranted to clinically test the rationality of the present results.

The standard treatment as per our hospital guideline was biliary confluence resection combined with major hepatectomy and lymphadenectomy. The results of surgical procedures of patients with hilar cholangiocarcinoma are presented in Figure 2, of which portal vein resection and reconstruction was performed in 26 (12.0%) patients, en bloc caudate was routinely removed in 187 (86.6%) of these patients and patients that did not involve caudate lobe resection were early cases of type I papillary carcinoma. Intra-operative frozen section of resected bile ducts and liver parenchyma margin were routinely examined to guide resection. Biliary continuity was restored by Roux-en-Y choledocho-jejunostomy. 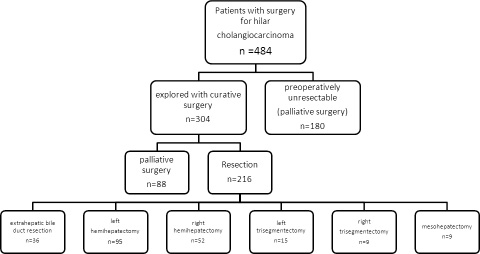 Figure 2: Flow diagram showing the results of surgical procedures of all patients with hilar cholangiocarcinoma in our series.

We declare that we have no competing interests.