Selenium (Se) is an essential micronutrient that is beneficial for cardiovascular health, cancer prevention and optimal immune response [1, 2]. It has little effect on inflammation initiation, but effectively regulates the progression of inflammation [3]. Selenium also regulates progression of hepatitis, metritis and other infectious diseases [4]. Hence, the role of selenium in human disease is an area of active research.

Mastitis is an infectious disease of the mammary system in humans and animals [5]. Staphylococcus aureus (S. aureus) is the most common pathogen in viral infected mastitis [6]. Selenium regulates immunity against S. aureus mastitis [4]. The toll-like receptor 2 (TLR2) is the main receptor that recognizes S. aureus [7]. In response to exogenous S. aureus, TLR2 activates the downstream inflammatory signaling pathways leading to the release of cytokines, chemokines and interferons [8, 9]. MAPK and NF-κB signaling pathways co-ordinate and activate transcription factors, which enter the nucleus and transcribe various cytokines and chemokines [10]. Therefore, TLRs, NF-κB and MAPK signaling pathways are critical for inflammatory response.

MicroRNAs (miRNAs) are a class of non-coding single-stranded RNA molecules of about 22 nucleotides in length [11]. They regulate post-transcriptional gene expressions and therefore affect numerous critical cellular functions like metabolism, proliferation, cell survival and others. Many studies have demonstrated that some miRNAs alter inflammatory response by affecting TLR expression [12, 13]. MiR-146a regulates TLR2, TLR3 and TLR4 expression [14] and modulates the inflammatory response in otitis media and chronic periodontitis [15]. Moreover, selenium regulates the expression of multiple miRNAs such as miR-374, miR-16, miR-199a-5p, miR-155 and miR-30e [16]. However, the role of selenium in the expression of miR-146a and TLR immunity is not known. Therefore, in this study, we investigated the role of selenium in the regulation of miR-146a and its effects on S. aureus related mastitis. 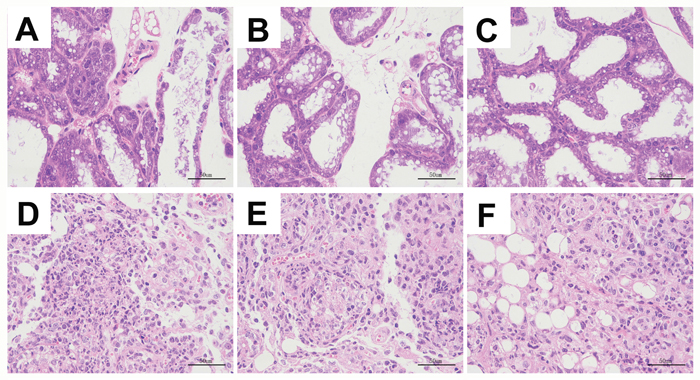 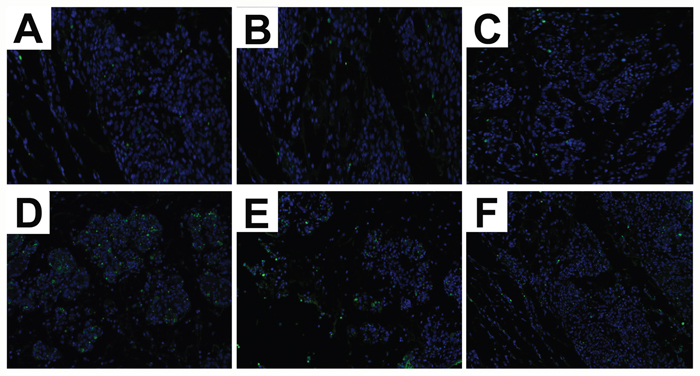 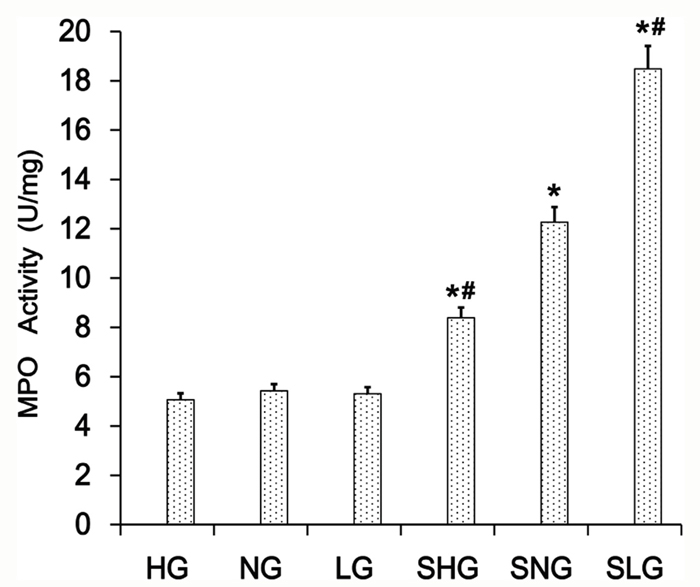 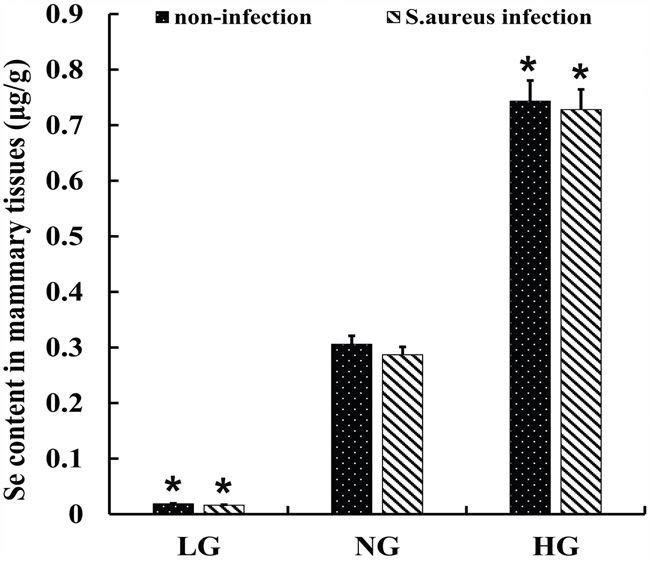 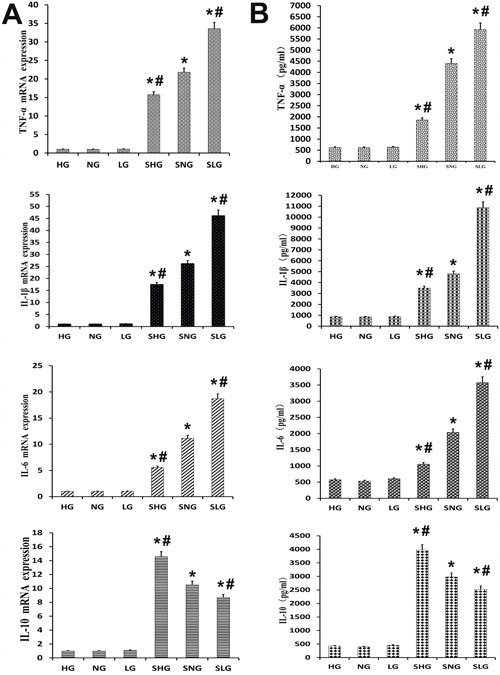 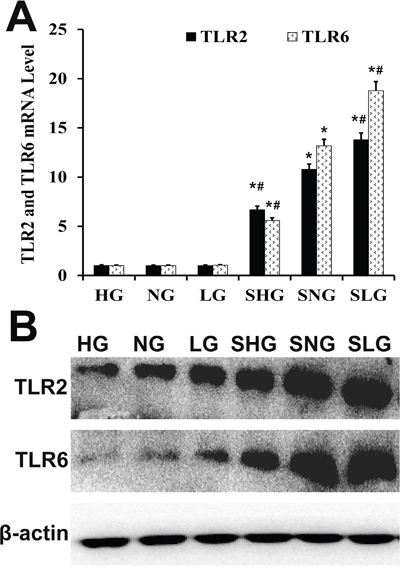 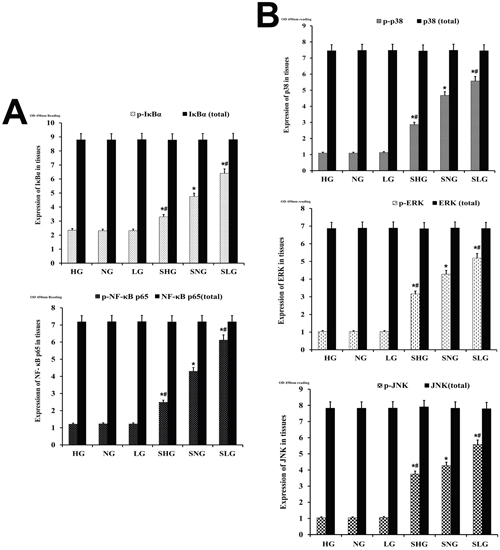 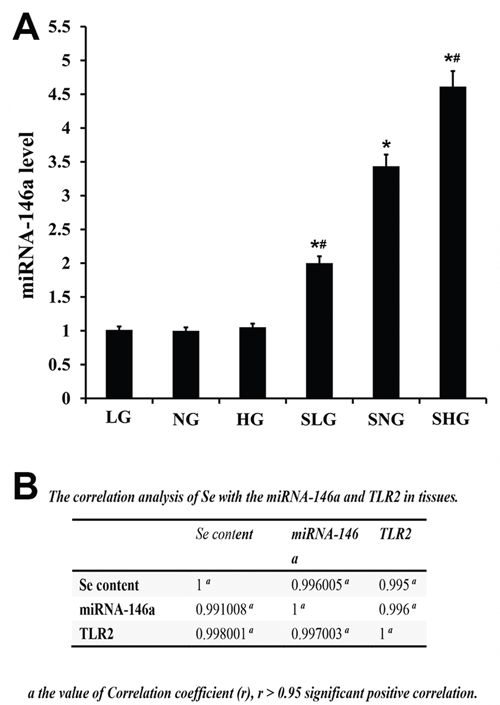 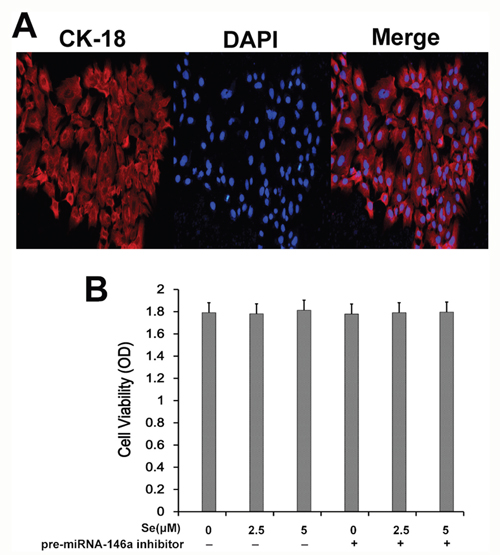 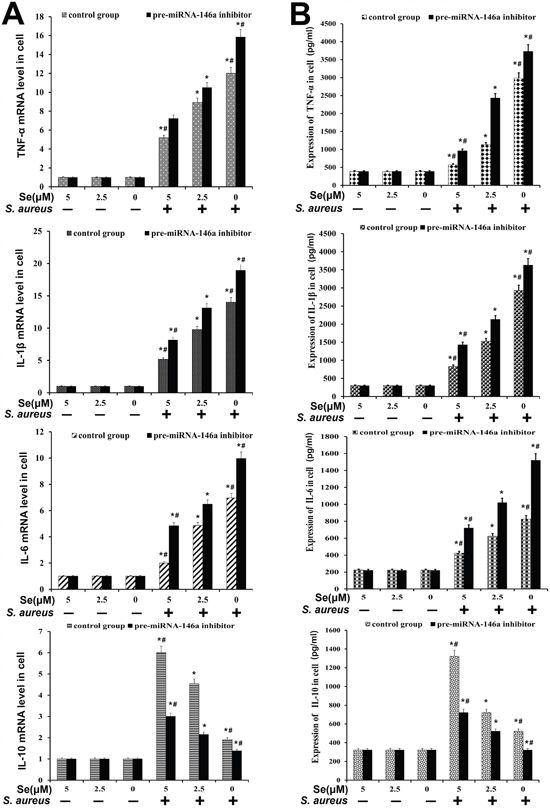 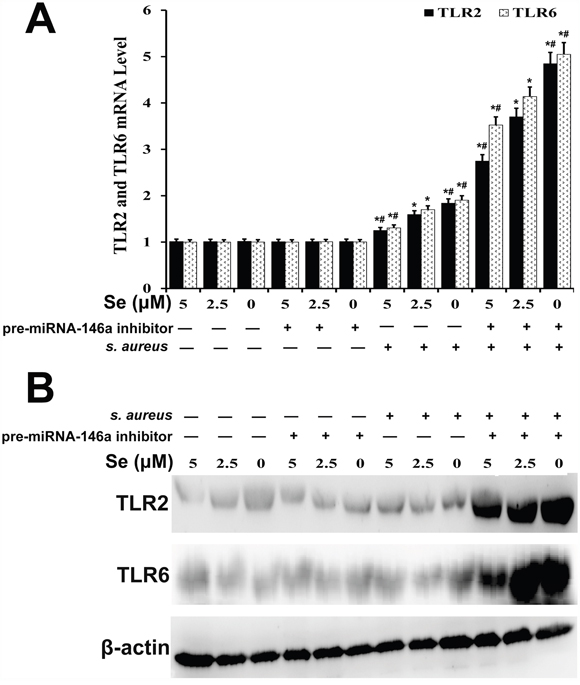 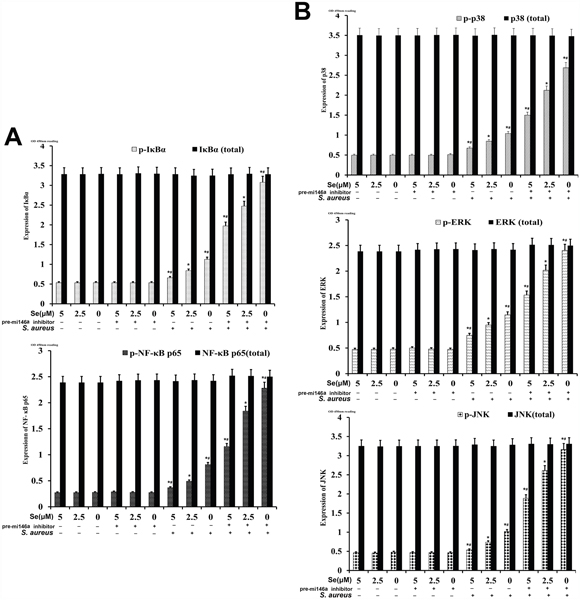 Many studies have demonstrated that Se reduces inflammation by decreasing the production of inflammatory cytokines [17, 18], regulating the immunoreaction [19, 20]. In this study, we demonstrated that Se inhibited inflammatory response to S. aureus infection in the mouse mastitis model and the mammary epithelial cells in a dose-dependent manner. Histopathological analysis showed that S. aureus infection resulted in mammary tissue damage, disruption of acinar structural organization, inflammatory cell infiltration and tissue cell necrosis. Se treatment decreased the pathology in a dose-dependent manner by significantly decreasing inflammation. The inflammatory response is regulated by the production of pro-inflammatory cytokines like TNF-α, IL-1β and IL-6, whereas the anti-inflammatory response is controlled by cytokines like IL-10 [17]. The immune response is regulated by the binding of multiple cytokines to their corresponding surface or intracellular receptors [21]. We analyzed TNF-α, IL-1β, IL-6 and IL-10 levels in mouse mastitis model and the mammary epithelial cells by qRT-PCR and ELISA. These cytokines play a major role in the regulation of inflammation caused by S. aureus [4–6]. We demonstrated that S. aureus infection induced TNF-α, IL-1β and IL-6 and decreased IL-10 levels. But, Se treatment decreased TNF-α, IL-1β and IL-6 and increased IL-10 levels in a dose dependent manner.

TLRs transduce inflammatory signals to activate NF-κB and MAPK signaling pathways, leading to the production of inflammatory cytokines [22]. TLR2 and TLR6 play a critical role during S. aureus infection [7, 8]. We demonstrated that S. aureus infection induced TLR2 and TLR6 in both in vivo and in vitro models. Se decreased TLR2 and TLR4 levels in a dose dependent manner in S. aureus-infected mammary tissues and cells. Many miRNAs play a critical role in regulating inflammation [23]. Moreover, Se modulates expression of some miRNAs [24]. We demonstrated that miR-146a expression correlated with Se treatment. In a previous study, it was postulated that Se regulated inflammation via miR-146a [25]. Our data showed that miR-146a inhibitor increased TLR2, TLR6, NF-κB and MAPK signaling pathways in S. aureus-infected Se treated primary epithelial cells. Correlation analysis demonstrated that both selenium and miR-146a co-coordinately regulate the anti-inflammatory response in S. aureus infected mouse mastitis and mammary epithelial cells. Therefore, we postulate that Se decreases inflammatory response in the mouse mastitis model by increasing miR-146a expression. Thus, our study demonstrates the therapeutic potential of Se supplementation to reduce and prevent S. aureus mastitis.

Sixty male Balb/c mice (6 weeks old, ~25g) were purchased from Animal Experiment Center, Huazhong Agricultural University (China). All experimental procedures were approved by the Institutional Animal Care and Use Committee of the Huazhong Agriculture University (20170319). The mice had free access to food and drinking water and were housed in micro-isolator cages under ambient conditions (temperature, 24±1°C; relative humidity, 40–80 %). Mice were allowed to acclimatize for 4–6 days before experimentation. The mice were randomly divided into three groups. Each group was fed a diet containing either a low (0.037 mg/kg), normal (0.15 mg/kg) or high (1.5 mg/kg) Se concentration for 90 days. The water provided to each group was without Se, namely, low level group (LG; 0.037 mg/kg Se), middle level group (MG; 0.150 mg/kg Se) and high level group (HG; 1.5 mg/kg Se). The mice were fed Se-supplement diet and drinking water for 60 days. Then, five of the ten mice in each group of 10 mice were injected with 100μl S. aureus suspension into the mammary duct with microsyringe for 48h. Finally, the experimental mice were sacrificed and their mammary tissues were removed and frozen at 80°C for further experiments.

A small portion of mammary tissue from each mouse was fixed in 10% formalin for histopathological analysis. The mammary tissues were dehydrated through graded alcohol (30-100% ethanol), embedded in paraffin. The paraffin-embedded specimens were serially sectioned. Some sections were stained with hematoxylin and eosin and the pathological changes were documented under an optical microscope. The other sections were analyzed for apoptosis by TUNEL assay. The paraffin-embedded tissues were dewaxed and rehydrated with decreasing percentages of ethanol (100-30%). Then, the tissue sections were incubated with, proteinase K, fixed with paraformaldehyde solution and permeabilized in sodium citrate solution. Then, they were labeled with the sections were labeled with the TUNEL reaction mixture use (FITC-conjugated anti-BrdU) and analyzed with a fluorescence microscope with an excitation/emission filter set at 530/630 nm.

We analyzed MPO, a neutrophil activation marker using the kit from Nanjing Jiancheng Bioengineering Institute, Nanjing, China. Briefly, we homogenized the mammary tissues from all groups of mice. The standards and the samples were added into the 96 well plate followed by incubation the anti-MPO antibody and the color reagent for 1 h. The supernatant was centrifuged and the MPO antibody was coated with 1/100 (v/v). Then, the OD of the samples were analyzed was measured in a spectrophotometer at 460 nm. All operations follow the manufacturer’s instructions (Nanjing Jiancheng Bioengineering Institute, Nanjing, China).

The Se concentration in the mammary tissues was detected by fluorescence spectrophotometry. It was measured following the method described by YAO et al [26]. The mammary tissue samples were extracted with Nitric acid and Perchloric acid (9:1 ratio) at 120°C for 2 h. The homogenate was evaporated at 160°C with constant stirring. After cooling, the powder was extracted with hydrochloric acid at 100°C to reduce hexavalent selenium to tetravalent Se. The solution was transferred to a small tube and analyzed in a fluorescence spectrophotometer to measure the selenium concentration. A standard curve was generated for various selenium concentrations and the Se content in the mammary samples was determined from the standard curve.

The mouse mammary epithelial cells were isolated from all groups of mice. They were divided into three groups, which were grown in DMEM (Hyclone) medium supplemented with 10% fetal bovine serum (FBS) with 0, 2.5 or 10 μM Se at 37 °C and 5% CO2. After 24 hours, fresh medium was added to the cells and were divided into control (saline-treated) and S. aureus infected groups.

For immunofluorescence labeling, mammary epithelial cells were labeled with fluorescently conjugated anti-keratin 18 antibodies (1/100 V/v, Invitrogen Inc, USA). Then, the cells were fixed with 3% paraformaldehyde for 10 minutes, and analyzed by laser confocal microscopy.

Mammary tissue samples were homogenized with phosphate-buffered saline (1/10, v/v) and centrifuged at 12000 rpm for 10 min. The supernatant was stored at -20 °C prior to the measurements. The inflammatory cytokines, TNF-α, IL-1β, IL-6 and IL-10 and NF-κB and MAPK pathway proteins, p65, IKKα, p38, ERK and JNK were analyzed by the corresponding ELISA kits (BioLegend, Inc., San Diego, CA, USA) according to manufacturer’s instructions. The experiments were performed thrice.

Total RNA was isolated from mammary tissue samples with TRIzol (Invitrogen, China) according to manufacturer’s instructions and the quantity and purity was determined in a UV spectrophotometer at 260/280 nm. RNA samples were reverse transcribed to complementary DNA (cDNA) by the Revert Aid First Strand cDNA Synthesis Kit (Invitrogen, Inc., CA, USA.). Specific primers were designed for TNF-α, IL-1β, IL-6 and IL-10 by Primer Premier Software (Premier Biosoft International, Paolo Alto, CA, USA) in Table 1. Real time PCR was performed in a 7500 Fast Real-Time PCR System (Applied Biosystems) with SYBR green Plus Kit (Roche). The PCR conditions included 1 cycle of 95 °C for 10 min followed by 40 cycles of 95°C for 15 s and 60°C for 60 s and the final cycle of 60 °C for 30 s. The experiment was repeated thrice. The relative expression of the experimental gene transcripts was expressed with GAPDH as the reference as 2-ΔΔCt.

Protein lysates were prepared from mammary tissues and quantified with a BCA Protein Assay Kit (Thermo, Rockford, USA). Equal amounts of protein lysates were separated by 12% and 10% SDS-PAGE at 100V for 2h and transferred onto PVDF membranes at 100V for 1 h. The blots were blocked with 5% skimmed milk in 1X TBST for 2 h. Then, the membranes were incubated with primary antibodies (1°C1000 dilution in 1X TBST) at 4°C for 12 h. After washing the membranes twice with TBST and once with TBS, the blots were incubated with HRP conjugated secondary antibodies (1°C5000 dilution in 1X TBST) for 1 h. After washing the membranes thrice, the blots were developed with ECL (GE, USA.) plus Image Quant LAS 4000 mini (GE, USA). The relative amounts of the proteins were measured with the NIH image quantification system β-actin as reference control.

Statistical analysis was performed with the SPSS software (ver. 17 for Windows; SPSS Inc., Chicago, IL, USA). The differences between groups were determined by a one-way ANOVA and a p < 0.05 was considered statistically significant. To compare multiple data groups, Tukey–Kramer method was used. The data are expressed as mean±SD.

This work was supported by the National Natural Science Foundation of China (NO.31502130), and undergraduate Special Science and Technology Innovation of Huazhong Agricultural University (NO. 2015BC009).