Non-traumatic osteonecrosis of the femoral head (ONFH) is a painful and progressive disorder of the hip joint, mainly affecting middle aged individuals 30-50 years old. Genetic polymorphisms are gene variations found in about 1% of the general population, where they influence protein translation and the expression of related genes to contribute to disease susceptibility [1]. It is believed that genetic polymorphisms may be crucially involved in non-traumatic ONFH [2–4].

Matrix metalloproteinases (MMPs) are a family of 23 Zn2+-dependent endopeptidases. Their primary activities involve hydrolysis of the protein components of connective tissues such as extracellular matrix (ECM) and basement membranes [5]. MMPs can be subdivided into matrilysins, stromelysins, gelatinases, and collagenases [6]. The actions of MMPs in pathology can be grouped into three types: (1) destruction of tissue (2) fibrosis (3) matrix weakening [6]. MMP-2 (gelatinase A) and MMP-9 (gelatinase B) constitute the gelatinase subgroup [7]. Within bone, bone marrow mesenchymal stem cells differentiate into osteoclasts and osteoblasts. Balanced bone resorption by the osteoclasts and bone formation by the osteoblasts sustains skeletal homeostasis. Both MMP-2 and -9 are produced by the osteoblasts, and MMP-9 is additionally produced by osteoclasts [8]. Among the substrates of these two enzymes are type I collagen and aggrecan, which are components of cartilage [9]. In addition, collagen type I is a major component of the bone ECM, and its loss correlates with bone resorption [10, 11]. It has therefore been suggested that MMP-2 and -9 may be associated with non-traumatic ONFH.

MMP-2 is the most widely expressed MMP [12]. It has been detected in nearly all tissues and cells. By contrast, expression of MMP-9 is limited to macrophages, monocytes, keratinocytes, and polymorphonuclear cells [12]. During normal bone remodeling, the activities of MMP-9 contribute to the regulation of apoptosis of hypertrophic chondrocytes and growth plate angiogenesis [13, 14]. Notably, expression of both MMP-9 and MMP-2 is enhanced in the joints of patients with rheumatoid arthritis [9, 15], while MMP-9 is overproduced in the osteoarthritic bone tissue [12, 16]. Similarly, levels of MMP-2 and protein are up-regulated in patients with non-traumatic ONFH, though the precise functions neither enzyme has yet to be defined.

We designed a case-control study examining the potential association between MMP2 and MMP9 polymorphism and non-traumatic ONFH in 585 non-traumatic ONFH patients (472 Male, 113 Female) and 507 healthy controls (111 female, 396 male). Gender and age distributions for ONFH patients and controls are shown in Table 1. The cases and controls were matched with respect to gender (p = 0.293) and were adjusted based on age. Primers and PCR product sequences are shown in Table 2.

Table 1: Characteristics of cases and controls in male individuals

Table 2: Primers used for this study

The SNPs were excluded at HWE P level of 5%.

p values were calculated by Wald test by unconditional logistic regression adjusted for age and gender. 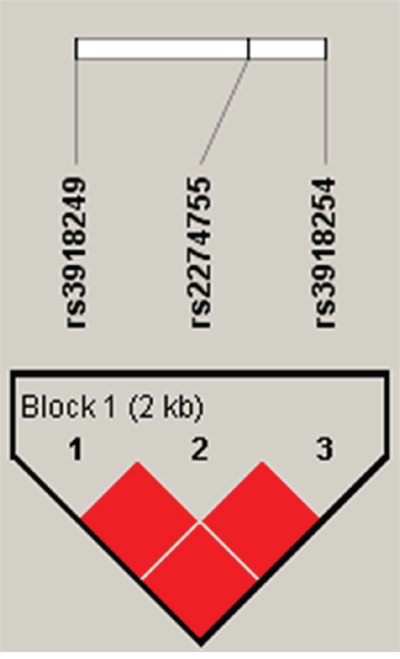 Table 5: The haplotype frequencies of MMP9 polymorphisms and their association with non-traumatic ONFH risk

b= adjusted by Gender and Age.

In MMP2, the SNPs are located on chromosome 16q13-q21; in MMP9 they are located on chromosome 20q11.2-q13.1. MMP9 SNP rs2274755 is located within an intron (boundary), which is consistent with it playing an important role in the development of non-traumatic ONFH. Jimenez-Morales et al. [6] reported that rs2274755 is associated with the risk for asthma in Mexican pediatric patients. Similar observations were made by Nakashima et al. in a Japanese population [26]. Rs2274755 has also been associated with myopia and refractive error as well as with the risk of steroid-induced ONFH in a population from northern China [19]. This is consistent with our results and may explain the similarity between steroid-induced and other forms of ONFH. On the other hand, a study of polyploidal choroidal vasculopathy and age-related macular degeneration showed no association between rs2274755 and those two diseases [27].

MMP-9 expression is stimulated by NF-κB ligand (RANKL), which is essential for osteoclastogenesis [28–30]. Fujisaki et al. [31] showed that RANKL induces MMP-9 production in osteoclasts, and that it stimulates bone resorption in the presence of interleukin-1α [31]. Thus osteoclast-related MMP-9 may associate with bone resorption in non-traumatic ONFH. The activity of MMPs is controlled in part by endogenous inhibitors, including the tissue inhibitors of metalloproteinases (TIMPs). A limitation of this study is that we did not examine whether TIMP-2 and TIMP-1 SNPs associated with ONFH susceptibility. Quantitative measurement of metabolism products in different groups would also enhance our research greatly. The samples that we collected were all from a Chinese Han population living in the north of China. There is the possibility of a type I error (false positive) could be made due to confounding factors.

We conducted a case-control study of 585 non-traumatic ONFH patients and 507 controls matched for age and gender. The research was approved by the Ethical Committee of Zhengzhou Traditional Chinese Medicine Traumatology Hospital. All the participants were recruited between May 2014 and January 2016 from the Zhengzhou Traditional Chinese Medicine (TCM) Traumatology Hospital in Zhengzhou, Henan. The control participants were enrolled at the Zhengzhou Medical Center. This study adhered to the principles of the Declaration of Helsinki. All of the study participants provided informed consent and filled out a questionnaire gathering demographic information. All the control subjects were healthy individuals without osteonecrosis or other diseases.

Patients were diagnosed with ONFH based on the following criteria [32]. (1) Clinical non-traumatic ONFH symptoms and signs, including hip pain with internal rotation limitation and sometimes with aching of the knee and thigh. Patients often had a history of corticosteroid use, alcoholism, bone marrow disease, infection, or decompression sickness. (2) A low-intensity band on T1-weighted images and “double-line sign” on T2-weighted images. (3) CT scan and pelvic radiographs showed demarcating sclerosis and a “crescent sign” at the femoral head. (4) Radionuclide bone scan had a “cold-in-hot” appearance. (5) Histological examination revealed evidence of trabecular and bone marrow necrosis. Non-traumatic ONFH was diagnosed when a patient exhibited two or more of these five criteria. Those who met the criteria for ONFH were selected. Patients diagnosed based on MRI but were without abnormalities on pelvic radiography were also included for our study. Patients were excluded it they had a history of direct trauma or if there were a possible combination of causes. Patients were also if they had a chronic metabolic disorder affecting the kidney, heart, or liver.

The control subjects were all healthy individuals without osteonecrosis and other diseases. The selection criteria for the controls were: (1) no history of hip pain; (2) no lesions on pelvic radiographs; (3) no history of corticosteroid usage or alcoholism; and (4) no relation to the enrolled patients.

Genomic DNA was extracted from whole blood using an extraction kit (GoldMag) and stored at -20°C. The DNA concentration was measured using a NanoDrop 2000 spectrophotometer. All SNPs were >5%, which is the minor allele frequency in the Hap Map of the Chinese Han Beijing population. A total of eight SNPs have been detected in MMP2 and MMP9. For genotyping, we used Sequenom MassARRAY Assay Design 4.0 Software [33] and Multiplexed SNP Mass EXTEND assay [34].

Statistical analyses were performed using Microsoft Excel and the SPSS 18.0 statistical package (SPSS, Chicago, IL). Values of p < 0.05 were considered statistically significant. Two-sided χ2 tests were used to calculate the genotype frequencies of the case and control individuals [35]. We assessed whether the genotype frequency of each SNP adhered to the Hardy-Weinberg equilibrium (HWE) using Fisher’s exact test. The genotype frequencies of cases and controls were compared using the χ2 test [36]. We determined odds ratios (ORs) and 95% confidence intervals (95%, CIs) using unconditional logistic regression analysis with adjustment for age and gender [37]. Finally, Haploview software (version 4.2) was used to estimate the pairwise linkage disequilibrium (LD).

This work was supported by the National Natural Science Foundation of China (No. 81160228, 81260284, 81660378). We wish to express the heartfelt thanks to all of the participants, the clinicians, and all the hospital staff for their contributions to this study.

20. Schache M, Baird PN. Assessment of the association of matrix metalloproteinases with myopia, refractive error and ocular biometric measures in an Australian cohort. PLoS One. 2012; 7:e47181.