3Department of Hepatopancreatobiliary Surgery I, The Central Hospital of Wuhan, Tongji Medical University of Science and Technology, Wuhan, China

Patients and Methods: Patients with HCC with PVTT who underwent surgical resection received preoperative TACE. At operation, arterial injection of methylene blue into the common hepatic artery was carried out. During the study period, other patients with unresectable HCC with PVTT were treated with TACE.

Conclusion: In about 1/3 of patients with HCC with PVTT, the arterial blood supply from the hepatic artery to the PVTT was good. These patients responded better to TACE than those patients with mild/poor arterial supply.

Hepatocellular carcinoma (HCC) is the sixth most common cancer and the third most common cause of cancer-related death worldwide [1]. Though imaging techniques have improved, HCC is commonly diagnosed at intermediate or advanced stages. Portal vein tumor thrombus (PVTT), which is the leading cause of poor prognosis of HCC, is present in 44.0% to 62.2% of patients [2]. Controversies exist in the management of patients with HCC with PVTT [3, 4]. Sorafenib is the only drug which is recommended by EASL and AASLD for patients with PVTT bu it can only improve survival for about 3 months [5]. Resectional surgery can offer a chance of a cure, but the tumor recurrence rate is high. Transarterial chemoembolization (TACE) is a useful palliative treatment for patients with unresectable HCC and it is based on HCCs being mainly supplied by the hepatic artery. Major PVTT in patients with HCC is an important risk factor of poor prognosis, but it is no longer considered to be an absolute contraindication to TACE. In selected patients with PVTT with good hepatic reserve and good collateral circulation around the porta hepatis, TACE can safely be carried out. The 30-day mortality is reported to be lower than 1.2% since 2010 [6]. Clinically, it is more important to control the progress of PVTT than the liver tumor because as PVTT grows the main portal vein can become blocked. Complete/partial blockage of the main portal vein results in decrease blood flow to the liver with rapid deterioration in liver function, development of severed ascites, portal hypertension with bleeding esophageal haemorrhage, and rapid intra and extrahepatic metastases. For patients with HCC with PVTT, although there was no report on complete response (CR) to TACE, partial response (PR) has been reported in 19.5% to 26.3% and stationary disease (SD) 42.5% to 62.7% [7]. The median survival between responders (10.5 mo) and non-responders (5.5 mo) to TACE can differ significantly [8]. Previous study [9] has proved that there would be relationship between response of PVTT and survival after radioembolization. The aim of this study to find whether the degree of hepatic arterial blood supply of PVTT is related to overall survival after TACE for patients with HCC with PVTT.

Figure 1: (A) Surgical procedure for removing PVTT. (B) More than 2/3 of The PVTT was dyed with methylene blue (Arrow). (C) Methylene blue was detected in microvessels microscopically (Arrow)

Table 1: Clinico-pathological features of the 10 patients who underwent liver resection

77 patients with unresectable HCC with PVTT underwent TACE for palliation. There were 69 men and 8 women with a median age of 49.8 years (range 29–73 years). 47 patients (61.0%) received one session of TACE, and 30 (39.0%) had more than one session. The median survival was 5.9 month for all the patients. When these patients were divided into 2 groups according to the degree of accumulation of Lipiodol in the PVTT as shown on CT (type IV + type III, the low accumulation group, n = 28 + 22 = 50; and type II + type I, the high accumulation group, n = 8 + 19 = 27), there were no significant differences between the 2 groups in age, gender, hepatitis serology, liver function parameters, AFP level, number of TACE sessions, tumor characteristics and PVTT classification (Table 2).

Table 2: Clinico-pathological Features of the 2 subgroups who underwent TACE 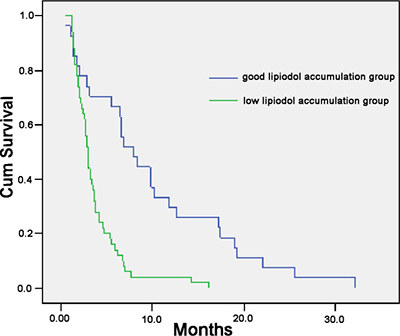 Figure 2: Overall survival according to different degrees of accumulation of Lipiodol in the PVTT 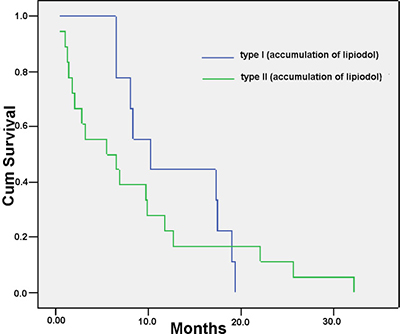 Figure 3: Overall survival according to different degrees of accumulation of Lipiodol in the PVTT 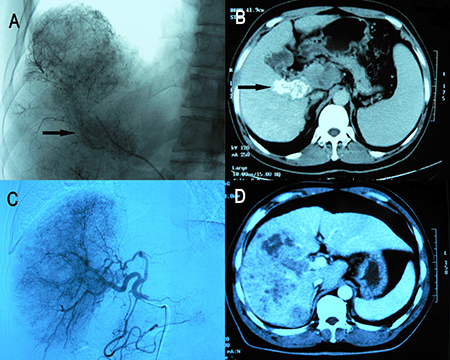 Table 3: Survival of the 4 classes of lipiodol classification according to the 4 types of PVTT

Patients with resectable HCC with PVTT were offered surgical resection. The inclusion criteria for surgical resection were: 1) resectable HCC; 2) Type II/III PVTT; 3) Child-Pugh A liver function, 4) no hepatic vein invasion and/or extrahepatic spread. These patients were treated with preoperative TACE 4 weeks before surgery. The degree of lipiodol accumulation in PVTT was assessed as in the patients who had unresectable HCC with PVTT treated by TACE (please see latter part of the study). All patients were given detailed information on the pros and cons of surgical resection and TACE, including treatment efficacies and potential adverse effects. Written informed consent was obtained from all the patients for their data to be used for research purposes. The study was approved by the Ethics Committee of the Eastern Hepatobiliary Surgery Hospital.

Surgery was performed through a right subcostal incision with a midline extension. Intraoperative ultrasound was done as a routine to confirm the preoperative findings. After mobilization of the liver and dissection of the structures in the porta hepatis, the proper hepatic artery was isolated and and 20 ml of methylene blue (Shanghai X-Y Biotechnology) was injected through the artery using a 23 guage needle. Pringle’s maneuver was then applied to occlude the blood inflow of the liver using continuous clamping. The planned liver resection was carried out in the usual manner. All grossly detected lesions were resected. The PVTT was surgically treated according to the location and extent of PVTT. For 6 patients with a PVTT which was located within the resected region, the PVTT was resected en bloc with the tumor. For 4 patients with a PVTT which had extended beyond the resection line, the main portal vein was opened and the PVTT was extracted from the portal vein. After flushing with normal saline and confirming that no PVTT remained, the incision in the portal vein was closed with a continuous 5–0 prolene suture.The porta hepatis clamp time in all the patients was less than 30 minutes.

TACE was performed using the Seldinger technique. Celiac and superior mesenteric arteriograms were routinely performed to show the hepatic arterial and portal venous anatomy. The catheter was then inserted to the tumor-feeding branches of the hepatic artery. Selective arteriograms were performed to demonstrate the feeding artery of PVTT. In patients with an arterioportal shunt, embolization with gelatin sponge particles was performed to occlude the shunt. Mitomycin C(MMC) 20 mg, hydroxycamptothecine 10mg and Lipiodol 10–30 ml (at 1–2 ml/cm of the tumor diameter) were then given. In patients with type III PVTT, care was taken not to completely block the hepatic artery.

CT scans were taken a day following TACE. The accumulation of lipiodol in the PVTT was classified as type 1, homogeneous; type II, slight defective; type III, inhomogeneous; and type IV, only slight accumulation10.

All patients were followed-up by the same team of clinicians. Post-treatment follow-up including ultrasonography, serum biochemistry and AFP levels were done once every 1 to 2 months. Contrast CT scan and chest X-ray were carried out once every 3 months for surveillance of tumor progression or metastasis. If residual viable tumor was detected on dynamic CT imaging, TACE was repeated in individuals who had compensated liver function.

The x2 test or Fisher exact test (2-tailed) was used to compare categorical data, and the student’s t test was used for continuous data. Overall survival were calculated using the Kaplan-Meier method. Factors that appeared to be associated with survival on univariable analysis (p < 0.1) were introduced into the multivariable Cox proportional hazard model to determine the adjusted risk ratio. All statistical analyses were carried out using SPSS version 13.0 for Windows (SPSS Inc.; Chicago, IL). For all the tests, a P value < 0.05 was considered statistically significant.

Controversies exist in the management of patients with HCC with PVTT. Sorafenib is the only drug that improves survival in patients with advanced HCC for about 3 months. However, a SHARP trial demonstrated that tumor response to sorafenib treatment is only 2%–3% [11]. So consensus in China proposes comprehensive treatment of PVTT including TACE because evidence indicates that TACE can be performed safely and feasibly in select PVTT patients. The median OS obtained with sorafenib was 8.1 months in patients with PVTT in the SHARP, and the median OS was only 5.9 months in our study. We found that there are significant differences between different PVTT types, the median OS PVTT Type I patients was 8.5months and the Type IV was only 2.5 months. So we consider that there might be differences in PVTT types and tumor characters between these two studies.

TACE is widely used in advanced hepatocellular carcinoma. In selected patients with good hepatic reserve and collateral circulation around the porta hepatis, it can be used in patients with HCC with PVTT. Georgiades [12] et al demonstrated that TACE was safe and effective for patients with HCC that had invaded the main portal vein. The 1-month mortality was 0% and the median survival was 9.5months. There was no TACE-related hepatic infarction or liver failure. Jia and his associates [13] showed that the degree of accumulation of Lipiodol in PVTT after TACE was an independent prognostic factor. Our study supported that a higher degree of Lipiodol accumulation in PVTT was associated with significantly better overall survival after TACE.

Many factors are related to Lipiodol accumulation including [15, 16, 17] blood supply, structures of capillaries inside the tumor and clearance rate of Lipiodol by tumor cell et al. Generally, blood supply is considered to be one of the most important factors contributed to early Lipiodol accumulation. Also it was reported15 that patients with good tumor vascularity are generally considered to have good lipiodol accumulation and therefore, a good prognosis. Our method of carrying out TACE is to use gelatin sponge particles and lipiodol as embolizing agents. Gelatin sponge particles produce temporary occlusion of tumor feeding vessels which lasts for about two weeks [18, 19]. Lipiodol, when injected into the hepatic artery, selectively remains more in tumor nodules for several weeks to over a year due to siphoning effect from hypervascularization of tumor vessels and absence of Kupffer cells inside tumor tissues [20, 21]. This results in the embolic effects on small vessels. However, lipiodol, when injected into the hepatic artery of normal liver parenchyma, accumulates in the portal vessels by arterioportal communications and is gradually released into the systemic circulation via the hepatic sinusoids or undergoes phagocytosis by Kupffer cells. Thus, our study presently partly means that responding patients do better than non-responding patients which are mainly related to blood flow of the PVTT. The lipiodol is usually cleared within a week [20, 22, 23]. Thus, the way that we carried out preoperative TACE in the 10 patients with resectable HCC with PVTT should not affect the subsequent study using intrahepatic arterial injection of methylene blue to study the arterial blood supply of PVTT in the resected specimens.

This paper has limitations. Firstly, we only consider only from the aspect of blood supply in the study and we will do further research in the future ;secondly, the sample size is small and in the majority of our patients, the HCC was hepatitis B related; lastly, the accuracy in measuring the dyed area is not very high. . Whether our results can be used in HCC due to other etiologies is unknown.

In conclusion, in about one third of patients, the blood supply of PVTT came from the hepatic artery. These patients responded better to TACE.

No benefits in any form have been received or will be received from a commercial party related directly or indirectly to the subject of this article.