Relationship between exposure to PM2.5 and lung cancer incidence and mortality: A meta-analysis

Lung cancer (LC) is one of the most prevalent and deadliest human cancers. It is estimated that there were 1.825 million LC cases globally in 2012, accounting for 13.0% of all cancer cases, and 1.59 million deaths from LC, accounting for 19.4% of all cancer deaths [1]. Therefore, it is essential to emphasize the importance of LC prevention and knowledge of modifiable risk factors. In October 2013, the International Agency for Research on Cancer (IARC) classified particulate matter (PM) from outdoor air pollution as carcinogenic to humans and causes LC [2]. PM with a diameter less than 2.5 μm (PM2.5) is often used as an indicator of the level of anthropogenic air pollution: the average annual concentrations of PM2.5 currently range from less than 10 μg/m3 to over 100 μg/m3 worldwide [3]. Evidence suggests that PM2.5 from vehicle emissions significantly increases the risk of LC [4]. In addition, PM2.5 and PM10 were found to be risk factors for LC in mortality and incidence studies [5]. However, we consider incidence and mortality to be different endpoints, and the present meta-analysis was conducted to determine the relationship between PM2.5 and LC incidence and mortality, respectively. To fully characterize such an association, we carried out subgroup analyses defined by continent, country, gender, and smoking status. We also examined the influence of single studies in the overall meta-analysis.

Restricted to human studies, a total of 713 articles were identified from the PubMed (210), Ovid, Embase and Cochrane Library (503) databases. In total, 606 articles remained after the exclusion of duplicate articles. After reviewing the study titles and abstracts, 535 articles which did not investigate the interaction between air pollution and LC were excluded. A full review of the remaining 71 articles identified 11 articles that fulfilled the inclusion criteria. In addition, six articles were identified from the references of selected articles. A total of 17 articles were finally selected (Figure 1). 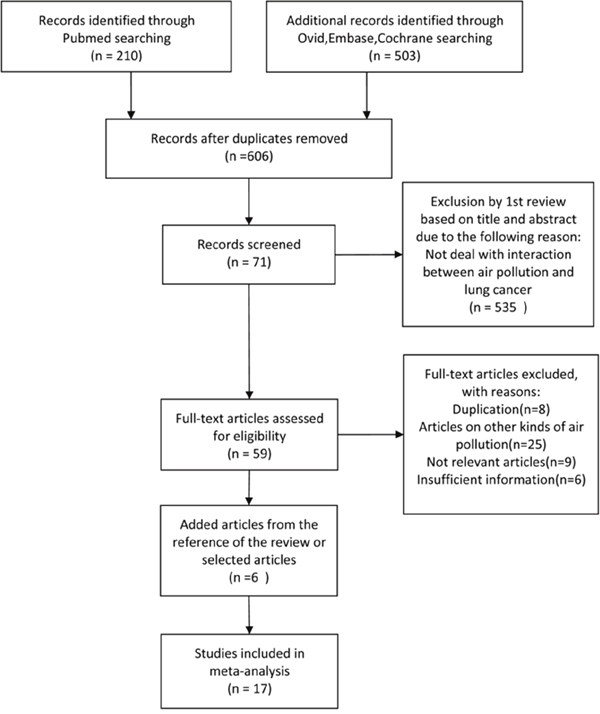 Table 1: Summary of the characteristics of the studies included in the meta-analysis 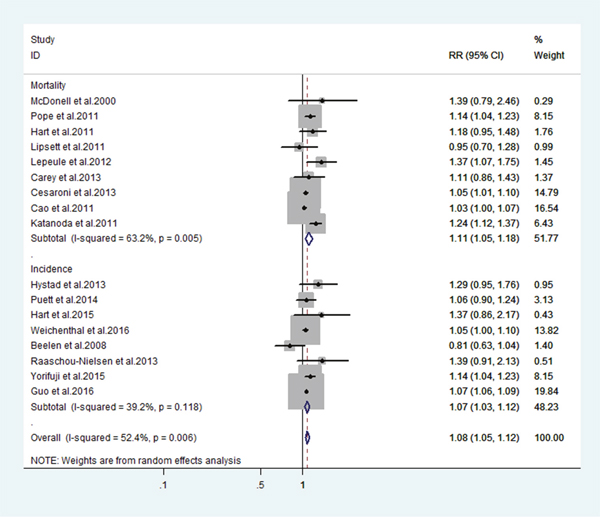 Table 2: Estimates for the relationship between a 10-ug/m3 change in PM2.5 exposure and lung cancer mortality

Table 3: Estimates for the relationship between a 10-ug/m3 change in PM2.5 exposure and lung cancer incidence

Table 4: Estimates for the relationship between a 10-ug/m3 change in PM2.5 exposure and lung cancer risk

The sensitivity analysis showed that when the study by Katanoda et al. 2011 was omitted, the I-squared changed from 63.2% (P = 0.005) to 41.8% (P = 0.100), and the pooled RR of the remaining studies on LC mortality associated with PM2.5 was more robust and stable. The article by Katanoda et al. 2011 was a cohort study, where the heterogeneity was explained by HR. However, we used RR instead of HR in our meta-analysis. Our study showed no significant heterogeneity between LC incidence and PM2.5, thus the sensitivity analysis was omitted. Begg’s funnel plot and Egger’s publication bias plot were used to evaluate publication bias in relation to LC mortality/incidence and PM2.5 (Figure 3), respectively. No evidence of publication bias was found for mortality (Begg’s test: P = 0.917; Egger’s test: P = 0.065) or incidence (Begg’s test: P = 0.711; Egger’s test: P = 0.641). 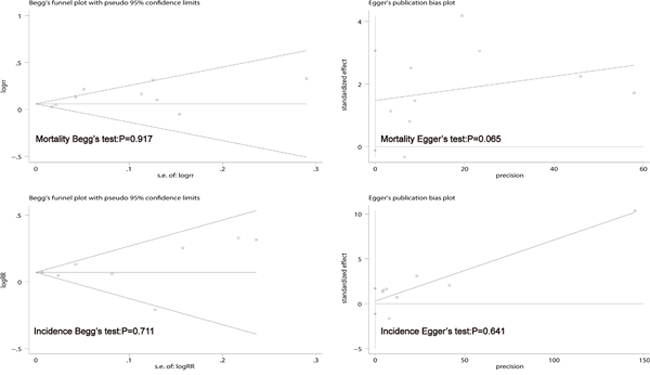 Figure 3: Begg’s funnel plot and Egger’s test to evaluate the publication bias for mortality and incidence.

In addition, meta-estimates suggested that males may have an elevated risk of LC associated with PM2.5 compared to females, according to the mortality, incidence and full meta-estimates. This is presumably because men may have more exposure to tobacco smoke. In our meta-analysis, one study investigated the risk of LC according to gender, and showed that males had a higher LC risk [26]. Another study demonstrated an increased risk of LC in male cooks, but not in female cooks. However, there is evidence that LC risk in cooks may be confounded by smoking [27]. However, two studies, one on males and one on females, were included in this meta-analysis and contributed to the overall meta-estimates for LC mortality. With regard to LC incidence, two studies were conducted on males (I2: 73.5%) and two studies on females, which contributed to the overall meta-estimates. These results are limited by a lack of sufficient studies, and we were unable to unravel the effects of PM2.5 on LC risk by gender.

In order to adjust for smoking status, some studies provided analyses of PM2.5 by smoking subgroups, allowing the assessment–differential effects of PM2.5 by smoking status (never, former, and current smokers). A comprehensive analysis of 26,957 patients with non-small cell lung cancer (NSCLC) showed that smoking status was an independent prognostic factor in NSCLC [28]. Meta-estimates from these studies suggested that former smokers may have an elevated risk of LC associated with PM2.5 compared to current smokers and never smokers in the mortality, incidence and full meta-estimates. In contrast, the never smokers showed the lowest association between PM2.5 and LC in the mortality group, and in the incidence group, the lowest association was found in current smokers. However, limited data were available to examine the relationship between PM 2.5 and LC risk as only two studies provided subgroup-specific information on smoking status in both the mortality and incidence groups. These results are limited by a lack of detailed information on patterns of former smoking. We were unable to determine the effects of PM2.5 on LC between former heavy and former light smokers, which might be expected to differ.

Certain limitations in our study may have influenced the results. Firstly, some sample sizes in the subgroups were too small. Secondly, some of the documents quoted were old. Thirdly, the mortality analysis showed significant heterogeneity, and some subgroups also reported significant heterogeneity mainly due to small sample size. Fourthly, the results of the pooled data in several eligible studies were too limited to evaluate the association between PM2.5 and LC.

We identified potentially relevant studies by searching the PubMed, Ovid, Embase and Cochrane databases from their inception up to August 2016. Search terms included “particulate air” OR “particulate matter” OR “air pollution” And “neoplasms” or “cancer” with the results restricted to human studies. Titles and abstracts identified by electronic searches were examined by two independent reviewers, to select potentially relevant studies. In addition, the references from relevant original papers and review articles were scrutinized to obtain other pertinent publications. We considered all available cohort and case–control studies that provided information on the incidence of LC, and where the resources needed for participation were available.

Eligible articles included studies which evaluated the association between PM2.5 and LC incidence and mortality. Articles were considered for inclusion in the current meta-analysis if they provided quantitative estimates of the change in LC incidence or mortality associated with exposure to PM2.5, and reported the odds ratio [OR] or hazard ratio [HR] or relative risk [RR], and its 95% confidence interval (CI) of LC associated with long-term exposure to PM2.5. Where multiple publications included overlapping study populations, the publication with the longest follow-up period was selected. Studies with poor quality and/or insufficient data, and duplicate publications were excluded from the analysis.

A double abstraction process was performed for data extraction (by Feifei Huang and Liying Chen). Disagreements were resolved by consulting a third reviewer. The following data were collected from eligible studies: the first author, publication year, study region, number of LC patients exposed to PM2.5, incidence (mortality), study period, study source, gender distribution, country, smoking status, experimental method and primary outcomes (RR/HR with its 95% CI of incidence and mortality). If any of the above information was not available in the study, the authors were contacted by email for additional information. Where two or more publications included overlapping cases, we included the publication which had the largest number and/or longest follow-up.

The quality of each study was evaluated using a 9-point scoring system according to the Newcastle–Ottawa Scale (NOS) checklist for cohort and case-control studies [6] (Supplementary Table 1 and Table 2). The total score was 9, and a high-quality study in our analysis was defined as a study with at least 7 points.

A dose-response meta-analysis was performed to examine the relationship between PM2.5 and LC. All study estimates were converted to represent the change in LC incidence or mortality per 10-μg/m3 unit increase in exposure to PM2.5. In this meta-analysis, the relative risks (RRs) and 95%CIs were considered the effect size for all studies. Because the incidence of LC was low, the HR from cohort studies was approximated to RR. We reported all risk estimates produced by the current meta-analysis as RR for simplicity. As significant heterogeneity would contribute to the variance, the pooled RRs for specific PM2.5 values were estimated using a random-effects model. Subgroup analyses were performed according to continent, country, gender, and smoking status, respectively. Furthermore, sensitivity analysis was performed to assess the source of heterogeneity. Potential publication bias was detected using Begg’s test and Egger’s test. Two-tailed P values < 0.05 were considered statistically significant. All statistical analyses were performed using Stata 12.0 software.

6. Stang A. Critical evaluation of the Newcastle-Ottawa scale for the assessment of the quality of nonrandomized studies in meta-analyses. Eur J Epidemiol. 2010; 25:603–05.