There is no consensus on whether the addition of oxaliplatin in neoadjuvant chemoradiotherapy and adjuvant chemotherapy is benefit for patients with stage II or III rectal cancer. The article by Rödel et al. [33] in Lancet Oncology described the results of the latest German study in 2015. A systematic overview by Bujko et al. [19] in 2015 assessed this issue. However, not all eight trials more details were included in that meta-analysis. Hence, we conducted a more updated and better systematic review and meta-analysis on this controversial issue.

A total of 853 potential abstracts were identified after deleting out duplication in extensive literature search of electronic database and manual approach until January 31 2017. 804 articles were further ruled out after scanning the title/abstract according to the inclusion and exclusion criteria of this meta-analysis. As for full-text of the remaining 49 articles were subjected to identify. Furthermore, 41 additional articles were ruled out for the reasons described in Figure 1. Finally, 8 RCTs published between 2011 and 2016 were included in quantitative synthesis in this meta-analysis. Figure 1 demonstrates a flow diagram of the detailed selection process. 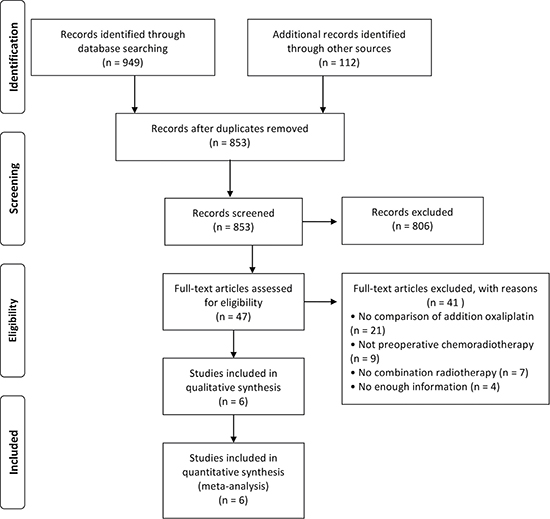 Figure 1: Flow diagram showing the selection of studies for inclusion in this meta-analysis.

Risk of bias assessment was adhered to Cochrane Collaboration’s tool, because the included 8 studies were all randomized comparative studies. Figure 2 showed the risk of bias for each study (Figure 2). In all of 8 studies, sequence generation and allocation concealment were randomized, incomplete outcome data and selective reporting were low risk of bias, but healthcare provider and participants were not blinded (Figure 3). Risk of bias of outcome assessment was unclear, due to the outcome data gatherers were not blinded (Figure 3). Accordingly, risk of bias of the included studies in this meta-analysis was low. 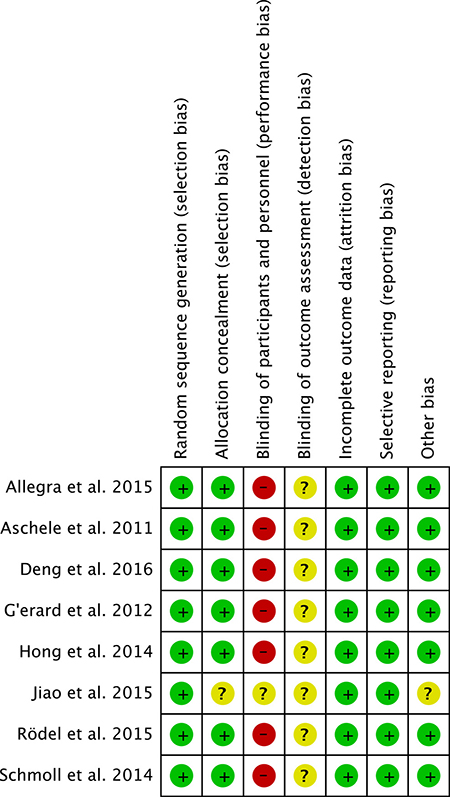 Figure 2: Summary of risk of bias for each selected study assessed by cochrane collaboration’s tool.

Figure 3: Risk of bias graph about each risk of bias item presented as percentages across all selected studies.

Table 1: Overview of the included randomized control trials of this meta-analysis

Table 2: Baseline characteristics of the included studies of the meta-analysis

Abbreviations: M, male; F, female; NA, not available; †, Undetermined/data missing; * A preliminary report and later analysis of the trial were presented at the 2013 and 2014 ASCO meeting, but limited by without full-text published article.

This meta-analysis compares oxaliplatin-based with fluorouracil-based neoadjuvant chemoradiotherapy and adjuvant chemotherapy for locally advanced rectal cancer. Our pooled results provide convincing evidence for attaining higher pathologic complete response and 3-year disease-free survival, but suffering greater toxicity in oxaliplatin-based regimen. Also, patients with oxaliplatin-based regimen have no improvement in sphincter-sparing surgery, 5-year disease-free survival and overall survival. Upon further analysis, it is no consensus in the real benefit of adding oxaliplatin to neoadjuvant chemoradiotherapy with fluoropyrimidine for locally advanced rectal cancer. On the other hand, patients with locally advanced rectal cancer are likely to benefit from the addition of oxaliplatin to fluoropyrimidine both neoadjuvant and adjuvant treatment. However, the pooled results should be interpreted with caution for the limitations of our study.

Several studies have recently demonstrated that neoadjuvant chemoradiotherapy enhanced the rate of sphincter-sparing surgery and local control for patients with stage II and III rectal cancers [12, 20, 37, 38]. Based on these results, neoadjuvant chemoradiotherapy has become a reference approach for patients with stage II or III rectal cancer. In our study, fluorouracil-based neoadjuvant regimen include two approach: infusion fluorouracil or oral capecitabine. The initial endpoints from NSABP R-04 trial showed that fluorouracil and capecitabine used in rectal cancer resulted in similar rates of pathologic complete response and of sphincter-sparing surgery and surgical downstaging [39]. In addition, the results of NSABP R-04 trial are similar to the recently completed neoadjuvant rectal investigations [12, 20, 37, 38]. These data support composite that our study analyzes infusional fluorouracil and capecitabine together in the neoadjuvant rectal setting. Nevertheless, the 5-FU control regimen was a bolus schedule in two of the larger trials [27, 33], in which the control group used a fluoropyrimidine alone. In the CAO/ARO/AIO-04 study [33], oxaliplatin was given with an entirely different 5-FU schedule and a much less toxic regimen. This weakened the conclusions that adding oxaliplatin increased the overall toxicity. Because the using of a toxic control group (bolus 5-FU schedule) would diminish the ability to see the increase toxicity.

Oxaliplatin has been found to sensitize human cancer cells to the effects of radiation in vitro; in addition, several large randomized investigations demonstrate that disease-free survival was significantly enhanced by adding oxaliplatin to 5-fluorouracil in the adjuvant treatment of stage II or III colon cancer [23–26]. While the benefit of adding oxaliplatin to fluorouracil-based chemoradiation in neoadjuvant rectal cancer setting remains unclear.

This meta-analysis has several limitations. First, stage II rectal cancer of the 8 selected studies in this meta-analysis is not further divided into low risk and high risk. Today, there is no consensus in some stage II rectal cancer on the real benefit of neoadjuvant chemotherapy (with 5-FU) followed by surgery. Stage II low risk rectal cancers probably do not need a tall chemotherapy with 5-FU or 5-FU plus oxaliplatin. Therefore, the results can be completely different according to this classification schemes. Second, data of long-term outcomes of the selected studies are deficient. Tumor locoregional relapse frequently appears at 4 or 5 years after surgery, when we used neoadjuvant chemoradiotherapy or adjuvant chemotherapy. So, the endpoints should be 5-years disease free survival and complete pathological response with a long-term follow-up. In all the 8 selected studies, only 2 studies [27, 31] show the 5-year disease free survival results and one [33] presents 3-year free survival results. Third, the radiation dose in neoadjuvant therapy as adjuvant therapy schemes, are different in the selected studies of this meta-analysis. Finally, preoperative fluorouracil-based chemotherapy regimen is diverse and the Rodel et al. [33] is the only one that proceed with oxaliplatin plus 5-Fluorouracil in the adjuvant therapy in one of branch of the trial. The ample variety of the chemotherapy schemes may jeopardize the conclusions. Therefore, the results should be interpreted with cautious due to the aforementioned limitations and further large-scale, well-designed RCTs on this topic are still needed.

This meta-analysis was conducted adhering to the PRISMA statement and the Cochrane Handbook for Systematic Reviews of Interventions (Version 5.3) to ensure data quality.

Search strategy was MeSH terms and free-text terms, as well as variation of root words. Terms were used in different Boolean combinations within each database. The search terms included (“Rectal Neoplasms” or “rectal cancer”) and (“Organoplatinum Compounds” or “oxaliplatin”) and (“Radiotherapy”) and (randomized controlled trial). All potentially eligible articles were retained, and then were examined to determine whether meet the inclusion criteria.

Studies exclusion criteria were list as follow: (i) articles without original data, such as abstracts, letters, editorials, expert opinions, case reports and reviews; (ii) studies without reporting clinical outcomes of effectiveness; (iii) studies with a sample size less than 100.

Data of the included studies were independently extracted by two investigators (X.F. and G.T.). Baseline characteristics included first author, year of publication, country, demographics, study design, number of patients in each arm, clinical trial information, primary endpoint, follow up, clinical disease stage, and location from anal verge. Furthermore, the following data were extracted for meta-analysis: disease-free survival, overall survival, pathologic complete response, overall grade 3–4 toxicities, and sphincter-sparing surgery. Disease-free survival was defined as the time between randomization and any of the following events: death, local relapse or distant metastasis, or second cancer, whichever occurred first. Pathologic complete response was defined as the absence of viable tumor cells in the surgical specimens. Data extracted from the included studies were checked by two other investigators (Z.R. and J.W.) to ensure accuracy and completeness.

Risk of bias of the included trials were independently assessed two reviewers (Z.F. and S.L.) according to the Cochrane Collaboration’s tool. Good quality criteria studies were as follow: sequence generation randomized; allocation concealment; blinding every participant; complete outcome data; and non-selective outcome reporting. All disagreements were resolved by consensus.

The data were analyzed using Review Manager (Version 5.3 for mac). In this meta-analysis, all variables were dichotomous data, which were calculated by Odds ratio (OR) with 95% confidence intervals (CI). If 95% CI of OR did not include the value 1, P < 10.05 was considered to be statistically significant.

Heterogeneity was evaluated by the degree of inconsistency (I2) and P value to assess the variation across studies. If I2 > 50% and P < 0.05, a random effect model was used. Otherwise, data were pooled using a fixed effect model. P < 0.05 was considered as statistical significance in the integration results. Publication bias was analyzed using a funnel plot for standard error by effect size (log OR).