Lung cancer is the leading cause of cancer-related mortality worldwide. In China, lung cancer has become the second leading cause of death after liver cancer [1]. Non-small cell lung cancer (NSCLC) accounts for 80% of all cancers and includes adenocarcinoma, squamous cell carcinoma, and large cell carcinoma. Previous studies have reported that lung adenocarcinoma (LAC) grows and spreads faster than lung squamous cell carcinoma and constitutes almost half of all lung cancers [2]. Despite advances in multi-modal treatment strategies, the 5-year survival rate of patients with NSCLC remains lower than 15% [3]. Recently, targeted therapies have revolutionized the management of lung cancer patients, but these therapies are restricted to select cases due to infrequently characterized driver mutations [4-5]. Hence, it is essential to identify novel prognostic markers and therapeutic targets.

Cripto-1, which is a member of the glycosylphosphatidylinositol (GPI)-anchored signalling protein family [6, 7], acts as a coreceptor for the transforming growth factor-β (TGF-β) subfamily of ligands Nodal and growth differentiation factor-1 and -3 (GDF1 and GDF3). Cripto-1 is critically important in early embryogenesis, stem cell maintenance and malignant progression [8]. In addition, cripto-1 has been reported to play a role in epithelial-mesenchymal transition (EMT) and as a stem cell regulator [8, 9]. Cripto-1 overexpression is also correlated with poor prognosis in gastric cancer, bladder cancer, and hepatocellular carcinoma [10-12]. However, little is known about the prognostic value of cripto-1 in NSCLC [13]. Shan et al. investigated the correlation between cripto-1 expression and clinicopathological parameters in patients with LAC [14]. Until now, the prognostic value of cripto-1 in patients with LAC has never been studied. In the present study, we analysed the expression of cripto-1 in LAC tissues by immunohistochemistry (IHC). The correlation between cripto-1 expression and clinicopathological parameters and the survival of patients with LAC was analysed. A recent study demonstrated that cripto-1 expression in EGFR-mutant NSCLC elicits intrinsic EGFR-TKI resistance [15]. Therefore, we also investigated the association between cripto-1 expression and EGFR-TKI sensitivity.

The characteristics of LAC patients

In total, 132 male and 158 female patients with a median age of 58 years (range, 33 years to 77 years) were included in this study. Of these patients, 171 were non-smokers, and 119 were current or former smokers. The distribution of patients with respect to pathologic tumour stage according to the seventh edition of the tumour-node-metastasis (TNM) classification revealed 114 stage I, 30 stage II, 104 stage III, and 42 stage IV. EGFR mutation detection was performed in all patients in the entire cohort, and 131 patients were positive for EGFR mutations. Among the 131 EGFR mutations, 65 were deletion in exon 19 and 66 were the L858R mutation in exon 21. Anti-EGFR drugs (erlotinib or gefitinib) were used in 93 cases. The follow-up period ranged from 5 months to 83 months (median, 44.0 months; mean, 44.3 months). The clinicopathological characteristics of the patients are listed in Table 1. 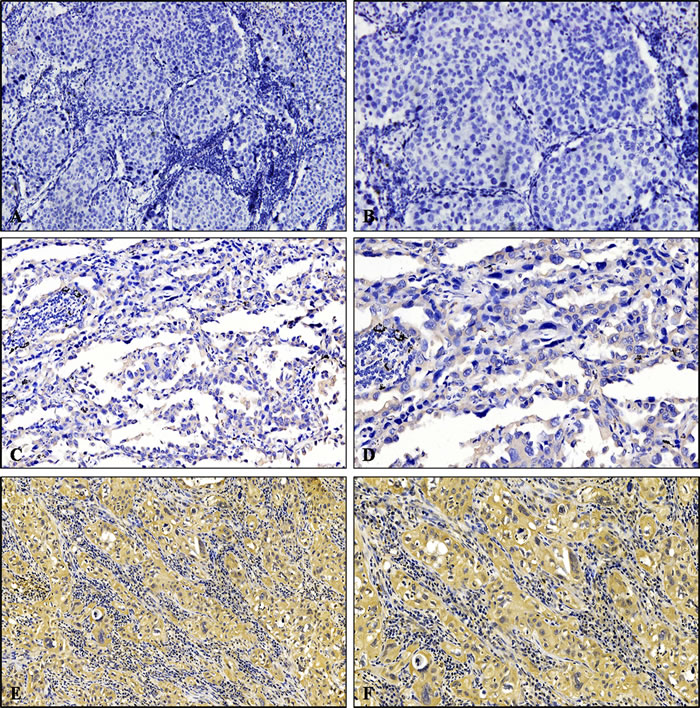 The association between cripto-1 expression and survival in LAC patients 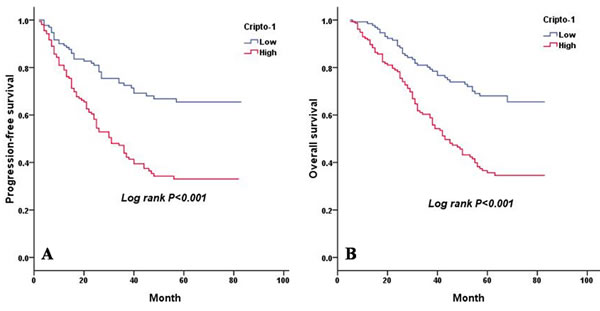 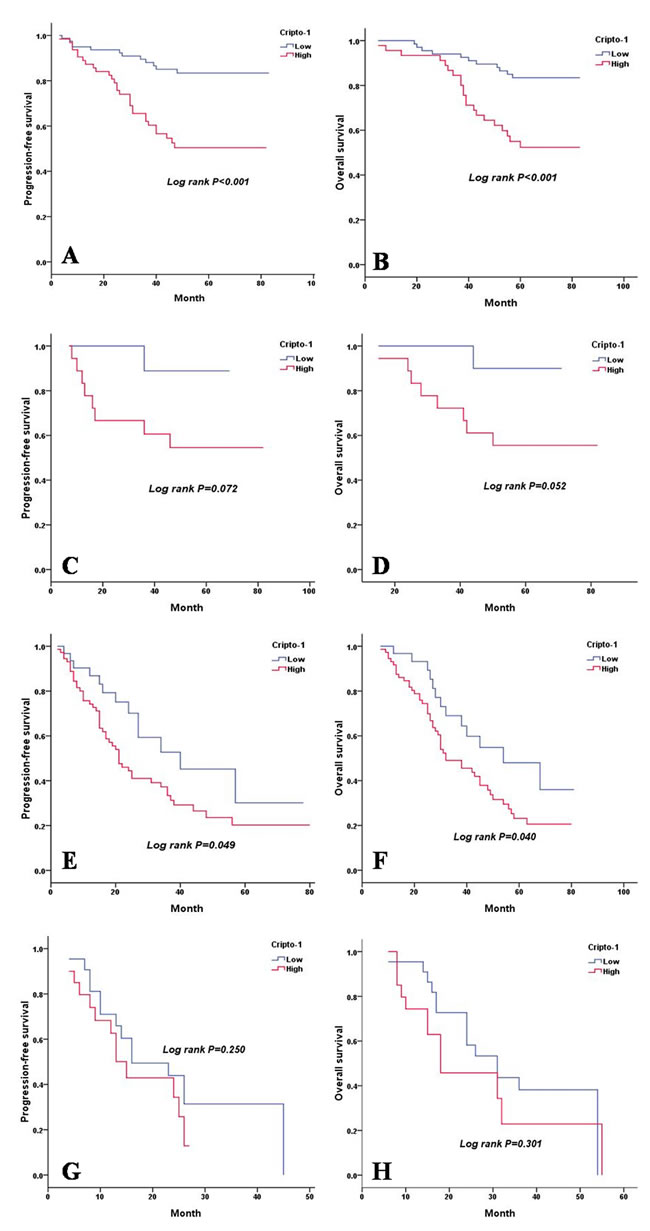 Table 4: Univariate analysis of PFS and OS for all LAC patients. 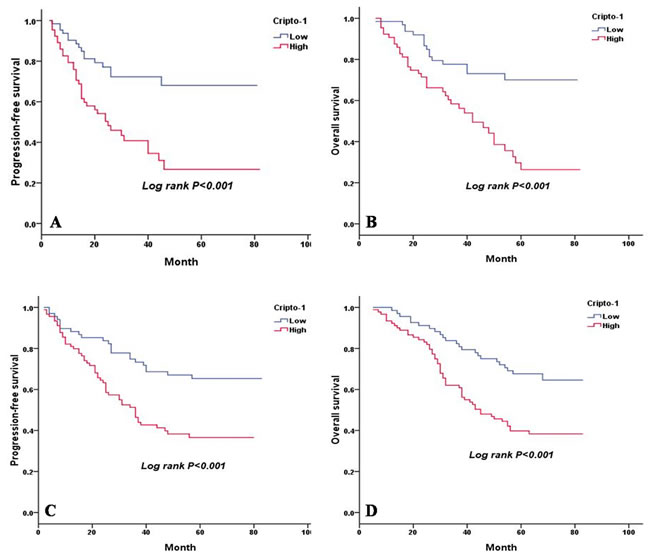 Table 5: Multivariate analysis of PFS and OS for all LAC patients.

In this study, we investigated the expression of cripto-1 and its value in the prediction of clinical outcomes in patients with LAC. The correlation between cripto-1 expression and the clinicopathological parameters of patients, EGFR-TKI sensitivity was also analysed. To the best of our knowledge, this is the first study to evaluate the value of cripto-1 as a prognostic indicator in patients with LAC.

Cripto-1, which is a member of the EGF-CFC family, regulates essential steps in early embryogenesis and plays an important role not only in early embryogenesis but also in stem cell maintenance and malignant progression [8]. Expression of cripto-1 protein has been investigated in human tumours including gastric cancer [10], bladder cancer [11], and hepatocellular carcinoma [12], NSCLC [13, 14]. Xu et al. reported that cripto-1 expression in NSCLC was 54.7% [13]. Shan et al. performed an immunohistochemical study of cripto-1 in 188 patients with LAC and found that the positive expression rate of cripto-1 was 72.3% [14]. However, the rate of cripto-1 expression was 54.1% in our study. The variability in these data may be partially explained by two reasons: first, the patients who were enrolled in the different studies may have had tumours that exhibited a heterogeneous cell population; second, different studies may have used different antibodies, immunohistochemical staining techniques and scoring systems.

E-cadherin, which is a calcium-dependent cell-cell adhesion molecule that binds to β-catenin to form a complex that promotes adhesion, is expressed on the membranes of epithelial cells. E-cadherin expression is a hallmark of EMT [19]. One study showed that cripto-1 overexpression can induce EMT in mammary epithelial cell lines [20]. Not only can cripto-1 induce EMT properties in vitro, but Mouse Mammary Tumour Virus (MMTV)-Cripto transgenic mice form tumours that display EMT features including the downregulation of E-cadherin and the upregulation of vimentin and N-cadherin [21]. Consistent with previous studies, our study demonstrated a negative correlation between cripto-1 and E-cadherin expression. Shibamoto S et al. reported that tyrosine phosphorylation of β-catenin can inhibit its association with E-cadherin and facilitate cell scattering and migration [22]. Compared with controls, cell lines that overexpress cripto-1 exhibit an increased basal level of tyrosine phosphorylation of β-catenin, which leads to the decreased association of β-catenin and E-cadherin [23]. This may show a mechanistic relationship between cripto-1 expression and the loss of E-cadherin expression.

Our study does have several potential limitations. First, our study is a retrospective study, and all data are from a single institution. Therefore, the selection bias cannot be fully excluded. Second, the number of patients with advanced LAC was relatively small, and thus, the prognostic value of cripto-1 in patients with advanced disease requires a larger study. In addition, all patients enrolled in the present study are Chinese, and we do not know if these findings are generalizable worldwide. Therefore, further studies are required to confirm the results of this study.

Between May 2009 and September 2013, a total of 325 consecutive LAC patients received treatment at the Department of Lung cancer, Tianjin Medical University Cancer Institute and Hospital. Patients were excluded from the study if they met the following criteria: (1) receipt of preoperative chemotherapy or radiotherapy (n = 8); (2) survival of less than 3 months after surgery (n = 6); (3) history of lung cancer or a second primary cancer diagnosed within 5 years of the lung cancer index (n = 6). Patients who could not provide enough tumour tissues for immunohistochemistry (n = 15) were also excluded from the analyses. Ultimately, 290 patients with LAC, all of whom were Chinese, were enrolled in our study. Moreover, 240 of 290 patients underwent complete resection and systematic node dissection of the hilar and mediastinal lymph nodes. Fifty specimens were obtained from patients with stage IIIB to IV disease. These specimens were obtained through supraclavicular lymph node biopsy, pleural biopsy, fibre bronchoscope biopsy, computed tomography or with ultrasonic-guided percutaneous transthoracic biopsy. The pathological diagnosis of LAC was determined according to the revised World Health Organization Classification of Lung Tumours [25]. The stage of each patient was determined according to the seventh edition of the tumour-node-metastasis (TNM) classification system [26]. All patients signed an informed consent, and this study was approved by the ethics committee of Tianjin Medical University Cancer Institute and Hospital.

Formalin-fixed paraffin-embedded (FFPE), 4-µm-thick tissue sections were used for the immunohistochemical analysis. IHC was performed as described previously [27]. Paraffin sections were first deparaffinised in xylene and rehydrated in serially decreasing concentrations of ethanol. After antigen retrieval in 0.01 M sodium citrate buffer (pH = 6.0) in a microwave, endogenous peroxidase activity was blocked by incubation of the slides in 3% H2O2 for 10 min. Then, tissue sections were incubated with rabbit anti-cripto1 (Epitomics and Rockland, 1:1000) and rabbit anti-E-cadherin (Invitrogen, 1:200) antibodies overnight at 4°C. This was followed by incubation of the slides with the corresponding secondary antibodies for 30 min at 37°C, after which point the sections were washed with PBS and incubated for 1 min with 3,3’-diaminobenzidine (DAB). All sections were counterstained in haematoxylin and were dehydrated, cleared and permanently mounted with resinous mounting medium. All the procedures were performed at room temperature. Additionally, tissue that stained positive for cripto-1 was used as positive control. An unrelated rabbit IgG mAb was used as the negative control at the same dilutions as the corresponding primary antibody.

Two investigators evaluated the samples independently and were unaware of the clinical data of all patients. The scoring of cripto-1 expression was conducted according to the intensity of staining and the proportions of positive tumour cells: (a) staining intensity score (score of 0, negative staining; score of 1, weak staining, light yellow; score of 2, intermediate staining, yellow brown; and score of 3, strong staining), (b) the percentage of positive tumour cells (score of 0, < 5%; score of 1, 5%-20%; score of 2, 21%-50%; score of 3, 51%-75%; score of 4, > 75%). Cripto-1 expression was calculated by a+b, which means that the score ranged from 0 to 7. The samples were then categorized into two groups according to those scores, as follows: a score of less than or equal to 3 indicated low expression, and a score greater than 3 indicated high expression. The scoring criteria for E-cadherin in NSCLC have been described previously [28]. When ≥50% of the carcinoma cells in a given specimen were positively stained for E-cadherin, the sample was classified as E-cadherin-positive. Conversely, when < 50% of the cells were stained, the specimen was classified as E-cadherin-negative. If a discrepancy occurred with some samples, then the slides were reviewed again, and a consensus was reached.

Definition of the sensitivity to EGFR-TKIs

Efficacy was evaluated after the first month of treatment, and subsequent evaluations were performed every 2 months. Routine follow-up assessments included physical examinations, chest CT, abdominal and cervical ultrasound, brain MRI, ECT and laboratory tests. Efficacy was assessed according to the RECIST 1.1 guidelines [29]. Patients with a complete response (CR), partial remission (PR), or stable disease (SD) more than 4-month duration were defined as sensitive cases. Patients with progressive disease (PD) or SD of 4-month duration or less were defined as intrinsically resistant cases [15].

The associations between cripto-1 expression and clinicopathological parameters and EGFR-TKI sensitivity were evaluated with the chi-square test. OS was defined as the time between the treatment and the date of death from any cause or the last follow-up. PFS was defined as the time from treatment until tumour progression or the last follow-up. The Kaplan-Meier method and the log-rank test were used to calculate the OS and PFS. Univariate and multivariate analyses were based on the Cox proportional hazards regression model for independent prognostic value. All statistical analyses were performed using SPSS software (version 18.0; SPSS, Inc., Chicago, IL, USA). All statistical tests were two-sided, and statistical significance was accepted at the P < 0.05 level.

This work was supported by the National Natural Science Foundation of China (Grant No. 81470137) and Key Program for Anti-cancer Research of Tianjin Municipal Science and Technology Commission (12ZCDZSY15400).