Breast cancer accounts for 23% of all cancer cases and is the common cause of cancer death [1]. Females with body mass index (BMI) increased are found to be more risk of developing breast cancer [2]. An increased recurrence rate and a decreased survival rate in breast cancer is consistently related to obesity [3–5].

The mechanism of how obesity affects the prognosis of breast cancer is complex. It’s well known that obese women have hyperinsulinemia or insulin resistance, and whose adipose tissues secrete adiponectin, estrogen, leptin, and incalculable less well-characterized epithelial cell mitogen. These factors may stimulate breast tumor evolution [6, 7]. However, its exact mechanism remains unclear. To further study the correlation between BMI and breast cancer, Creighton et al. have evaluated gene expression of normal, overweight, and obese breast cancer patients and suggested that obesity down-regulated or up-regulated the gene expression patterns of breast cancer patients [8].

To verify which genes are associated with poor prognosis of obese breast cancer patients, we reanalyzed the data provided by Creighton et al. from National Center for Biotechnology Information Search database (NCBI) [8]. The 15-hydroxyprostaglandin dehydrogenate (HPGD) gene that met the criterions was certificated by immunohistochemistry (IHC). Furthermore, we followed up the breast cancer patients who underwent the reasonable treatment to confirm the significance of HPGD. We also explore the correlation between down regulation of HPGD expression and the migration and proliferation ability of breast cancer cell line MCF-7.

A total of 1,985 differentially expressed genes (DEGs) were identified among the three groups. We further chose16 expression profile patterns to summarize the1,985 DEGs by cluster analysis. Among the 16 patterns, we identified 5 patterns of red solid line that showed significant differences (p < 0.05) (Figure 1A). Since profile No. 9 has declining trend pattern from normal weight to overweight to obese group (Figure 1B). We combined the genes with the fold change ≤ 0.5, in profiles No. 9, and in the five ahead significant pathways of down regular genes in obese versus normal weight group to screen the DEGs (Figure 1C, 1D). Thus, only 15-hydroxyprostaglandin dehydrogenate (HPGD) gene, of which the fold change was 0.46, was considered as candidate gene and in the “Transcriptional misregulation in cancer” pathway. 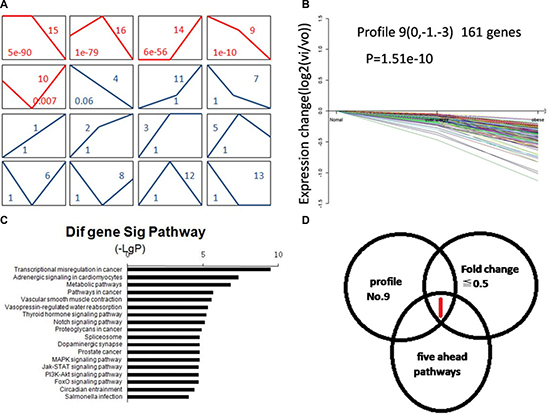 Table 1: Clinical and pathologic characteristics of breast cancer patients receiving follow up and their samples immunostained

Table 2B: Difference of immunohistochemistry scores of cancer tissues in each group

Figure 3: Recurrence-free survival (A) and overall survival (B) curve of 5 years about low and high expression of HPGD protein in cancer tissues by Kaplan–Meier analysis.

Table 5: Univariate and multivariate analysis for death and recurrence of 5 years by Cox regression models

Figure 4: Recurrence-free survival (A) and overall survival (B) curve of 5 years about obese and normal weight patients by Kaplan–Meier analysis.

Analyses of 15-PGDH protein expression showed that HPGD-siRNA effectively decreased expression of the gene (Figure 5A). Stretch assay showed that HPGD impairment could increase the migration ability of MCF-7, for which wound confluence of HPGD-siRNA group compared with the Con-siRNA group (regarded as 100%) was 158% (Figure 5B). Colony formation assays indicated that silencing of HPGD could increase the proliferation ability of MCF-7(Figure 5C, 5D).

Figure 5: Down regulation of HPGD expression could increase the migration and proliferation ability of breast cancer cell line MCF-7. (A) MCF-7 cell lines were transfected with either HPGD-directed siRNA (HPGD-siRNA) or the control siRNA (Con-siRNA). Forty-eight hours after transfection, cells were lysed and immunoblotted with antibody to HPGD, immunoblotting with β-actin antibody was used for loading control. (B) Stretch assay showed that HPGD impairment could increase the migration ability of MCF-7 cell lines. Both MCF-7 cell lines with stable silencing of HPGD or stable transfected with Con-siRNA were plated and incubated until confluent. A wound was scratched across each well and wound closure was monitored hourly for 6 h. Wound closure was determined as a percentage of wound confluence compared with the respective negative control (regarded as 100%). (C) Two days following transfection with the indicated plasmids (Con-siRNA or HPGD-siRNA), G418 (500 μg/mL) was added to the culture medium, and at day 14, the cells were stained using gentian violet. Untransfected cells were treated similarly, and all died within 2 weeks of culture in the selection medium. Colony formation assays indicated that silencing of HPGD could increase the proliferation ability of MCF-7. (D) Quantification was done using AlphaImager 2000. The number of colonies of HPGD-siRNA group compared with the Con-siRNA group (regarded as 100%) was 244%. Columns, mean of three independent experiments; bars, SD; *p < 0.05.

HPGD has been indicated to be a tumor suppressor in lung cancer [11], bladder cancer [12] and colon cancer [13]. The possible mechanisms of low expression of HPGD promoting cancer progression are listed as follows: firstly, HPGD, the prostaglandin E2 (PGE2) metabolizing enzyme, is the key enzyme that regulates prostaglandins (PGs) level by converting them to the corresponding 15-keto derivatives; so it is responsible for the biological inactivation of PGs [14], which are implicated in the initiation and progression of many malignancies [15, 16]; secondly, HPGD has the ability to antagonize the effects of cyclooxygenase-2 (COX-2) and also inhibits angiogenesis in vivo.

Interesting, Lehtinen et al. reported that mean expression of HPGD mRNA was higher in normal breast tissues than in breast cancer samples including breast ductal cancer, breast lobular cancer, breast medullary cancer and others, however, that HPGD mRNA was overexpressed in a subset of clinical breast cancers—breast medullary cancer compared to normal breast tissue samples and that high HPGD mRNA expression associated with poor prognosis [17]. Similarly, HPGD expressed differently in breast cancer cell lines [17], for example, Thill et al. suggested that the level of HPGD in a more invasive breast cancer cell line might be even lower [18]. This data suggested a dual role for HPGD in breast cancer. The dual role for HPGD was as well in prostate cancer [17].

BMI at diagnosis was a statistically significant prognostic factor in women with early-stage breast cancer [24, 25]. Recently, Karatas et al. declared that obesity was an independent prognostic factor of decreased pathological complete response to neoadjuvant chemotherapy in breast cancer patients [26]. Recent studies have suggested that higher mortality in obese women might because that obese women were more risk to develop high-grade or hormone receptor–negative cancer [27, 28]. Some subjects have stated that treatment factors mediated the relationship between body weight and cancer outcomes since obese patients had often received less aggressive or dose-reduced therapy [29, 30]. Our results came up with a new mechanism why higher mortality in obese breast cancer patients.

It’s worth noting: firstly, the classification of normal weight, overweight and obese groups was according to the BMI at the time of diagnosis while Caan et al. declared that weight gain had no disadvantage on mortality for the first 5 years following breast cancer diagnosis [31], and one meta-analysis revealed that weight loss did not have any advantage on the prognosis of breast cancer [32]; secondly, this study was a retrospective study, the number of sample was small and the follow-up time was short to some extent. Thus, it is optimal to design a randomized study detaching pathological type of breast cancer to verify the correlation between HPGD and poor prognosis of obese breast cancer patients.

In this study, the original data (GSE24185) was recovered from Gene Expression Omnibus (GEO) data base. Random variance model (RVM) t-test was applied to filter the differentially expressed genes (DEGs) for the control and experiment group. The Hierarchical Clustering tab was used to perform hierarchical clustering on our data. Gene ontology (GO) analysis was applied to analyze the main function of the DEGs [33, 34]. Pathway analysis was detected by Kyoto Encyclopedia of Genes and Genomes (KEGG), Biocarta and Reatome [35–37]. The series test of cluster (STC) algorithm of gene expression dynamics was detected by RVM corrective ANOVA.

Breast cancer samples were obtained from pathology department of TongJi Hospital, TongJi Medical College, HuaZhong University of Science and Technology between January 2008 and December 2010. The scientific use of tissue materials was permitted by the local ethical committee. All the patients provided informed consent for their information to be used for research. The classification of BMI was according to the established Chinese criteria (normal weight:18.5 ≤ BMI < 24; overweight: 24 ≤ BMI < 28; obesity: ≥ 28) [38, 39].

We followed the 728 patients by telephone and their outpatient records in November, 2015. The content of the follow-up contained whether relapse or death, location and time of relapse, time of death and cause of death. We obtained 588 patients’ data in the last. The 588 patients had reexamined every 3 months during the first 2 years after chemotherapy, and every 6 months since the 3rd year, and underwent mammography, whole-body ultrasonic detection(ultrasonography of breasts, axillary fossa, cervical parts, abdomen, and pelvis) and X-ray examination for chest annually [40]. Recurrence events were defined as the occurrence of locoregional relapse(including relapse in chest wall, the ipsilateral breast, local skin and operative scar, internal mammary, ipsilateral axillary nodes and supraclavicular) and/or distant metastasis (bones, lung, liver, brain, contralateral breast cancers et al.).

We randomly selected 84, 73 and 62 patients from the followed 588 patients according to BMI levels, respectively. The breast cancer tissues and adjacent normal tissues were stained with HPGD protein polyclonal antibody (1: 200, A6926; ABclonal, USA). The protocol for IHC has been described in detail in previous Publications [41]. HPGD protein immunohistochemical score was independently evaluated in a blinded fashion based on the staining intensity and the percentage of positive cells, resulting in scores of 0–7. Scores of 0–4 were considered as low HPGD protein expression and scores of 5–7 were considered as high HPGD protein expression [17].

The primers for HPGD-directed small interfering RNAs (siRNA), directed against bases 69 to 97 of the human HPGD, were designed as the reference [10]. The PCR product was inserted into the pCR2.1 vector (Invitrogen, USA). A scrambled siRNA was designed by the same method and used as a control (control siRNA).

Cells were harvested and lysed for total protein extraction in a buffer containing 50 mmol/L Tris-Cl (pH 7.4), 150 mmol/L NaCl, and 2% NP40 together with a protease inhibitors cocktail (Roche Diagnostics, Switzerland). Approximately 50 μg of protein extracts were loaded on 4% to 15% polyacrylamide gels (Bio-Rad, USA), separated electrophoretically, and blotted from the gel onto polyvinylidene difluoride membrane. The membranes were then immunoblotted with anti-HPGD antibody and anti- β-actin antibody (ABclonal, USA).

Both MCF-7 cell lines with stable silencing of HPGD or stable transfected with Con-siRNA were plated and incubated until confluent. A wound was scratched across each well (Wound Maker, Essen BioScience, USA) and wound closure was monitored hourly with Incucyte imaging software (Essen BioScience, USA) for 6 h. Wound closure was determined as a percentage of wound confluence compared with the respective negative control (regarded as 100%).

Two days following transfection with the indicated plasmids, G418 (500 μg/mL) was added to the culture medium, and at day 14, the cells were stained using gentian violet. Untransfected cells were treated similarly, and all died within 2 weeks of culture in the selection medium. Quantification of the results was done using AlphaImager 2000 (Alpha Innotech, USA).

Chi-square (χ2) test was used to compare differences among categorical variables (performing Fisher exact test when χ2 test was unavailable). RFS and OS curves were determined by the Kaplan–Meier methods, meanwhile comparisons between curves were examined by the log-rank test. The relative prognostic importance of HPGD and some clinical variables on recurrence and death were computed by univariate and multivariate analyses using a Cox regression model which was used to obtain crude and multivariate hazard ratios (HR) after adjusted for other significant predictors. All the statistical analyses and curves were done by SPSS software 22.0 (SPSS, Chicago, IL). A p value which was less than 0.05(two-sided) was considered to be significant.

We are grateful to the patients who participated in our study.

The authors confirm no conflicts of interest.