* Fan Feng, Bin Feng and Shushang Liu have contributed equally to this work

Patients and Methods Mesenteric GISTs cases were obtained from our center and from case reports and clinical series extracted from MEDLINE. Clinicopathological features and survivals were analyzed.

Results A total of 114 mesenteric GISTs were enrolled in present study. The most common symptom was abdominal pain (20/72, 27.8%), followed by abdominal mass (13/72, 18.1%) and distention (9/72, 12.5%). Most tumors exceeded 10 cm in diameter (71/112, 63.4%), exceeded 5/50HPF in mitotic index (50/85, 58.8%), and were high risk (82/90, 91.1%). The five-year disease free survival (DFS) and disease specific survival (DSS) was 57.7% and 60.1%, respectively. Tumor size and mitotic index were associated with DFS and DSS. The distribution of tumor size, histological type, mitotic index and NIH risk category were significantly different between mesenteric and gastric GISTs. Prognosis of mesenteric GISTs was worse than that of gastric GISTs. However, multivariate analysis showed that location was not an independent prognostic factor for mesenteric and gastric GISTs.

Gastrointestinal stromal tumors (GISTs) are the commonest mesenchymal neoplasms of the gastrointestinal (GI) tract and represent 1-2% of all GI malignancies [1]. GISTs are considered to arise from the interstitial cells of Cajal (ICC) [2]. Most GISTs displayed spindle cell morphology (70%), followed by epithelioid (20%) and mixed phenotypes (10%) [3]. GISTs can occur anywhere throughout the GI tract and are seen most commonly in the stomach (40 to 70%) and small intestine (20 to 40%) [4]. GISTs that arise outside the GI tract as primary tumor are designated as extra-GISTs (EGISTs). EGISTs are located in the omentum, mesentery, liver, pancreas and retroperitoneum, etc [5]. 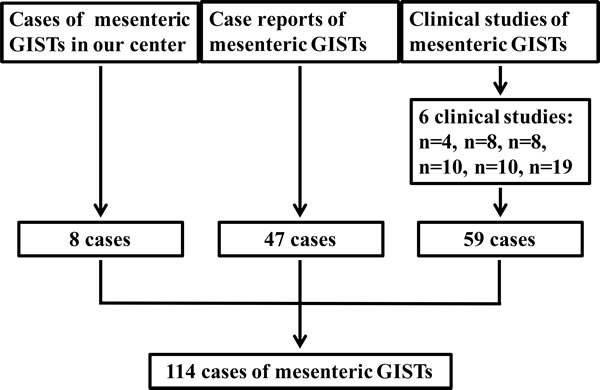 Table 3: Prognostic factors for DFS and DSS in patients with mesenteric GISTs according to univariate and multivariate analysis (n = 57)

Figure 3: DFS and DSS of mesenteric GISTs by tumor size.

Figure 4: DFS and DSS of mesenteric GISTs by mitotic index.

Figure 5: Comparison of DFS and DSS between mesenteric and gastric GISTs.

The precise etiology of mesenteric GISTs remains to be clarified. Some investigators have proposed that EGISTs are mural tumors with extensive extramural growth resulting in eventual loss of connection with gut wall [6]. However, this hypothesis lacks evidence. On the other hand, other researchers have proposed that GISTs may arise from a common precursor cell of ICC and smooth muscle cell, which may account for their growth from and outside the GI tract [7]. Terada et al. have demonstrated the existence of scattered KIT-positive ICC like cells in surface of the normal mesocolon [8]. This further provide evidence for the hypothesis that EGISTs may arise from precursor cell of ICC outside the GI tract. However, the existence of ICC like cells in the mesostenium have not been identified.

The spectrum of clinical presentation of GISTs is broad and depends on tumor location and tumor size. For mesenteric GISTs, tumors appear to have enough space to grow and may present clinical symptoms after a significant period of time with a considerable tumor size. In our present study, most tumors exceeded 10 cm in diameter. Thus, early diagnosis of mesenteric GISTs is very difficult. Once mesenteric GISTs reached a significant size, symptoms will appear. In our present study, the most common symptoms include abdominal pain, mass and distension.

In 1998, Hirota et al. reported their groundbreaking discovery of KIT mutations in GISTs. It is now established that 70% to 80% of GISTs harbor KIT mutation [9], and PDGFRA mutation occur in approximately 8% to 10% of GISTs [10]. In our present study, gene mutations were recorded in only eighteen patients. Among them, 7 patients (38.9%) carrying PDGFRA mutation. The incidence of PDGFRA mutation in our present study was relatively higher than previous report. This indicated that the incidence of KIT and PDGFRA gene mutation could be various from each other depend on the location of GISTs. However, the association between the tumor location and gene mutation status needs further investigation.

In our present study, most tumors exceeded 10 cm in diameter and almost all the tumors were high risk. Therefore, the existing classification criteria which defined by a combination of mitotic index and tumor size may not be applicable to mesenteric GISTs. Reith et al. reported that high cellularity, mitotic index exceeds 2/50 HPF and presence of necrosis were factors indicative of a potentially aggressive clinical course for EGIST [11]. However, the relatively short follow up period in the study may result in bias of the data. Thus, a more appropriate grading system may be needed for the classification of EGISTs.

There were a few limitations in our present study. Firstly, the present study is a retrospective analysis and the completeness of data is limited. Secondly, the sample size was not large enough, which will result in statistical bias. Thirdly, the clinicopathological features and prognosis of mesenteric GISTs were not compared with EGISTs in other locations.

GISTs cases of the mesentery were from our institution and literature. From May 2010 to March 2015, 8 cases of mesenteric GISTs were diagnosed and treated in our institution. Literature search of MEDLINE was performed for all articles in English published from 1999 through 2015. MEDLINE search resulted in 36 case reports [7, 8, 13-46] including 47 cases and 6 case series [47-52] including 59 cases. As a result, a total of 114 mesenteric GISTs patients were identified (Figure 1). In addition, the clinicopathological characteristics of 297 patients of gastric GISTs in our center were analyzed and compared with mesenteric GISTs. Among them, the prognosis of 217 gastric GISTs patients with follow-up data were analyzed and compared with mesenteric GISTs. This study was approved by the Ethics Committee of Xijing Hospital, and written informed consent was obtained from the eight patients in our center.

29. Woodward LM. Management of an enterocutaneous fistula in a patient with a gastrointestinal stromal tumor. J Wound Ostomy Continence Nurs. 2010; 37:314-317.