Myocardial infarction (MI), frequently resulting from coronary thrombosis, has been the major cause of death in humans worldwide, and its incidence is still rapidly increasing in low-, moderate-, and high-income countries [1, 2], Finland and Japan have the highest and lowest MI incidence rate worldwide, respectively [3-5]. The World Bank estimates that by 2030, 23 million Chinese patients will experience accurate MI annually [6]. Therefore, this disease is a serious challenge facing the nation’s healthcare system. There are some conventional predisposing factors for the development of MI, involving tobacco use, diabetic diseases, abnormally elevated blood pressure, hypercholesterolemia, and obesity [7]. Aside from these modifiable risk factors, accumulating studies have demonstrated that MI is a complicated polygenic disease, arising from some different causes and impacts, which is believed to be a result of interactions between an individual’s genetic composition and a variety of environmental risk factors [8-10]. Moremore, some patients with MI might have never exposed to any well-established risk factors. On the contrary, only a fraction of individual exposed to risk factors eventually develop this type of disease in the lifetime. Therefore, genetic factors, such as some uncharacterized genetic component may predispose to MI [11]. Abundant studies have identified some molecular pathways that are associated with MI, including Notch [12], MAPK [13], as well as NF-kB [14] signal transduction pathways. Some genetic alterations (e.g., mutation, gene amplification, and genetic variation) within signaling pathways may contribute to MI susceptibility and also serve as druggable targets for the disease. The identification of pathogenic genetic alterations may lead to new understandings of the development of MI.

In the canonical Wnt signaling pathway, Wnt ligands bind to receptors (e.g., the seven-pass transmembrane Frizzled receptor) and lead to the stabilization of intracellular β-catenin, which permits accumulation of β-catenin and its nuclear translocation, subsequently influencing the association of transcription factors (e.g., Tcf/LEF) with transcriptional co-repressors to activate Wnt-dependent target gene expression, such as Wnt-1 inducible signaling protein 1 (WISP1) [15-17]. On the other hand, the secreted frizzled-related protein (SFRP) family (SFRP1-5) can competitively bind to Wnt proteins and block their interactions with Frizzleds, negatively regulating the activation of canonical Wnt signaling pathway and expression of downstream genes [18, 19]. Compelling evidences have indicated that the Wnt signaling pathway is involved in MI [20, 21], but the underlying mechanisms remain to be further clarified.

Thus far, there are few epidemiologic studies evaluating the association between genetic variations in the Wnt pathway genes and the risk of MI. To precisely determine the association of the Wnt pathway gene polymorphisms with MI risk, we investigated the genotype distributions of several single nucleotide polymorphisms (SNPs) in key genes within this important pathway (i.e., rs7832767 C > T in SFRP1 gene, rs2293303 C > T in CTNNB1 gene, rs16893344 C > T in WISP1 gene) in the case-control study with 465 MI cases and 485 controls.

The genotypes distribution of selected polymorphisms in MI cases and controls

Table 2: The distribution of genotypes and alleles of Wnt signaling pathway gene between myocardial infarction patients and controls 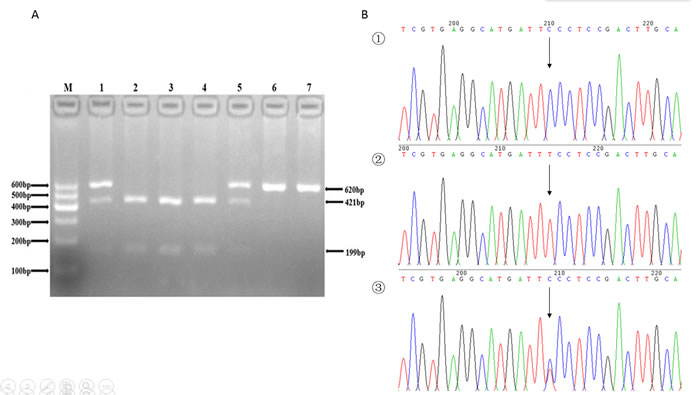 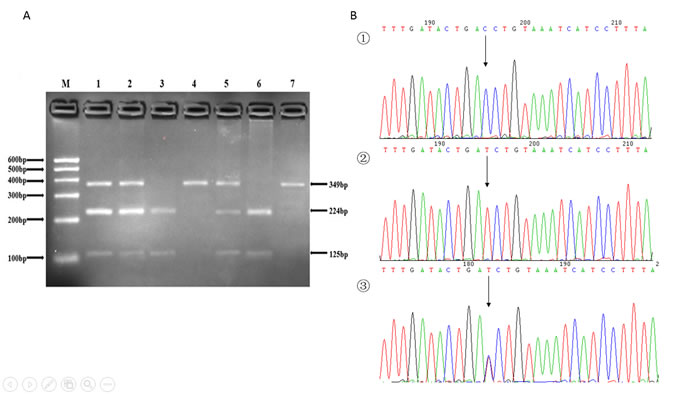 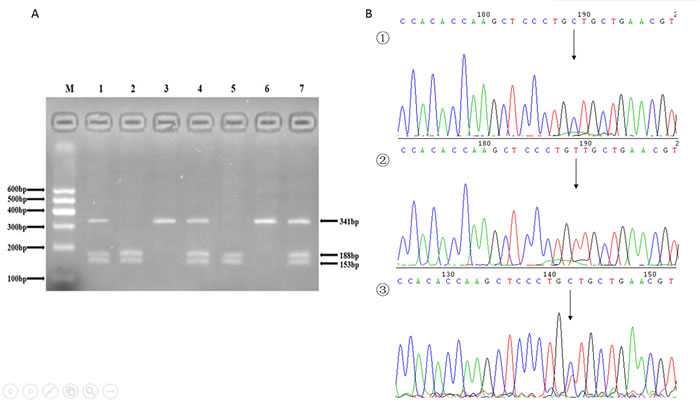 Identification of genetic variations that are able to modify individuals’ susceptibility may advance the understanding of the pathophysiological characteristics of MI, and may further facilitate individualized treatment decision making [22]. In this case-control study, we genotyped SNPs in three major Wnt signaling pathway genes (SFRP1, CTNNB1 and WISP1) in Chinese population, and investigated the correlation between these SNPs and MI risk. The results indicated that SFRP1 rs7832767 C > T, CTNNB1 rs2293303 C > T, and WISP1 rs16893344 C > T were all strongly correlated with MI susceptibility.

The Wnt signaling pathway can be competitively inhibited by SFRP1 by sequestrating the Wnt ligands and consequently preventing the activation of downstream signaling cascade. Evidence from transgenic mice overexpressing SFRP1 revealed that overexpression of SFRP1 reduced infarct size and cardiac rupture in a coronary arter lighation-induced MI model and improves cardiac function, when compared to wild-type mice [23]. Previous investigations have revealed the associations of genetic variants in the SFRP1 gene with tuberculosis, inflammation, and cancer susceptibility [24-26]. We explored the rs78332767 C > T polymorphism in the SFRP1gene and found that it was significantly associated with the risk of MI in Chinese Han population. Carriers of SFRP1 rs78332767 TT genotype or CT genotype were at significantly increased risk of MI, suggesting SFRP1 may be a susceptibility gene for the development of MI. To the best of our knowledge, this is the first study to scrutinize of the risk effect of SFRP1 rs7832767 C > T in cardiovascular disease. Larger, well-designed studies, involoving different ethnical populations are warranted to validate our finding, and further functional analysis are also indispensable to provide biological supports for the causal association.

β-catenin encoded by the CTNNB1 gene has multiple functions in the maintenance of cardiac tissue homeostasis. Stabilization of β-catenin has been related to adult cardiac hypertrophy, and down-regulation of this protein initiates heart formation in embryogenesis [27]. Aberrant action and excessively high expression levels of β-catenin have synergistic effects in various diseases. A number of animal experiments confirmed that β-catenin levels were significantly increased in the MI model [28]. There are several lines of evidence showing the contribution of CTNNB1 rs2293303 C > T polymorphism to the risk and prognosis of cancer, elucitating its potential involvment the pathogenesis of human diseases. Wang et al. [29] demonstrated that carriers of polymorphic variant of CTNNB1 rs2293303 C > T polymorphism had significantly increased risk of gastric cancer and survival advantage versus non-carriers in a Chinese population. Jia et al. reported the significant association between CTNNB1 rs2293303 C > T and breast cancer susceptibility [30]. Our results indicated that CTNNB1 rs2293303 C > T was correlated with MI, and carriers of variant T allele had a significantly increased MI risk. Our results suggested that this polymorphism might modify the function of β-catenin, thereby affecting the development and progression of MI. However, the exact underlying mechanism by which this polymorphism conferred MI susceptibility remains to be elucidated.

WISP1 is a gene in the canonical Wnt signaling pathway [31]. Previous studies indicated that mutations in this gene were related to several diseases, involving lung cancer, asthma, hypertension, and spinal osteoarthritis [32-35]. It has been reported recently that genetic variations in the WISP1 gene, including rs16893344 C > T, may confer lung cancer susceptibility [32]. We observed an association of WISP1 rs16893344 C > T polymorphism with MI in Chinese Han population, with TT and CT risk genotype associated with an increase in MI risk. Overall, our findings may help to improve the understanding of the implication of inherited genetic factors in the onset and progression of MI.

Despite the promising findings in this study, several limitations should be mentioned. First of all, the sample size of this study is relatively moderate. The associations of MI risk with SFRP1 rs7832767 C > T, CTNNB1 rs2293303 C > T and WISP1 rs16893344 C > T with MI should be confirmed studies with larger sample size, involving diverse ethnical group. Second, we only drawed conclusions based on a observational association study, and found that in MI patients, the major Wnt signaling pathway genes all had C > T nucleotide polymorphism. These was similar to the previous research about the prevalent C > T nucleotide polymorphism in various human cancers [36, 37], but the researcher further revealed that the C > T nucleotide alteration tends to change an arginine to another amino acid [37]. Thus, mechanistic studies should be performed to explore the functions of the three SNPs in the future. Third, we only investigated three SNPs. Another variants that may also modify MI susceptibility should be also considered, including SNPs positioned in the functional domain. To better understand the impact of genetic factors on the MI susceptibility, genetic analysis on other genes within Wnt pathway should be carried out.

Thus far, this study is the first attempt to explore the relation of MI susceptibility with genetic variants in the Wnt signaling pathway in Chinese Han population. Overall, the studied SNPs (SFRP1 rs7832767 C > T, CTNNB1 rs2293303 C > T, and WISP1 rs16893344 C > T polymorphisms) were shown to significantly increase MI risk. These susceptibility loci in the major Wnt signaling pathway genes can be applied to prediction of individual genetic risk to MI, identify the high-risk subpopulation, and encourage prevention. In the future, large-scale case-control studies and functional analyses are essential to verify these findings.

Ethical approval of the study protocol

This study was approved by the Ethics Committee of the First Affiliated Hospital in the Xinjiang Medical University, Xinjiang, China. We conducted the study according to the standards of the Declaration of Helsinki. All of the patients provided written informed consents and explicitly provided permission for DNA analyses, as well as the collection of relevant clinical data.

All patients with MI and control subjects were recruited from the First Affiliated Hospital of Xinjiang Medical University from 2007 to 2014. We enrolled a total of 465 patients who suffered from first MI. Moreover, 485 sex-and age-matched healthy individual served as control subjects. MI diagnosis was established by the presence of chest pain lasting 20 min combined with ST-segment elevation or pathological Q waves on a surface electrocardiogram [38]. Patients with MI had to exhibit either an angiographically occluded infarct-related artery or regional wall motion abnormalities corresponding to the electrocardiographic infarct localization or both. Patients were excluded if they presented with ascertained congenital hypercoagulable status, a proven disease limiting life expectancy, or declared cocaine abuse. The control subjects were selected from volunteers who had visited our hospital between 2007 and 2014 for regular medical check-ups and were found to be healthy. Individuals would be considered eligible disease-free controls if they had angiographically normal coronary arteries and if they had no history of MI, no symptoms suggestive of MI, no electrocardiographic signs of MI, no regional wall motion abnormalities, and no relevant valvular abnormalities in echocardiograms [39]. Coronary angiography in the control individuals was performed for the evaluation of chest pain. Control subjects with coronary heart disease and any neoplasm, cardiomyopathy or severe illness limiting life expectancy or refusing consent were excluded. The response rates of participants were 100%.

Candidate genes must be well characterized and key components of the Wnt signaling pathway in terms of functional significance. After carefully literature reviewing [26, 29, 32], we finally included three key genes (SFRP1, CTNNB1 and WISP1) within Wnt signaling pathway. Using Haploview 4.2 software and International HapMap Project website phase I &II database (http: //www.hapmap.org), we obtained one tagging SNP for each candidate gene, rs7832767 C > T in SFRP1, rs2293303 C > T in CTNNB1, and rs16893344 C > T in WISP1. All these SNPs have a minor allele frequency (MAF) of ≥ 0.05 and not in linkage disequilibrium with each other (r2 < 0.8).

Table 4: The primer sequences for each SNPs in Wnt signaling pathway

We analyzed whether genotype frequencies of all studied SNPs in control subjects were in Hardy-Weinberg equilibrium using the goodness-of-fit χ2 analysis. The differences in the continuous variables [shown as mean ± standard deviation (SD)] between the MI patients and the control subjects were assessed using an independent-sample t-test. Categorical variables and distribution of genotypes and alleles were shown as numbers and percentages (%), and the differences between the two groups were tested by χ2 test or Fisher’s exact test. Moreover, logistic regression analysis was performed to assess the contribution of a certain genotype to MI. ORs and 95% CIs were calculated to determine the strength of the association between SNPs and MI. Multivariate analysis was conducted after adjustment for age, gender, smoking, drinking status, BMI, SBP, DBP, FPG, TG, TC, Uric acid, HDL-C, LDL-C, BUN, Cr. All statistical analyses were performed with using SPSS version 22.0 for Windows (SPSS Inc., USA), and statistical significance was established at an alpha level of 0.05.