The association between BMI and gallbladder cancer risk: a meta-analysis

Gallbladder cancer (GBC) is the most common malignancy of the biliary tract, representing 80-95% of biliary tract cancers worldwide [1, 2]. This tumor ranks fifth among gastrointestinal cancers and it is traditionally regarded as a highly lethal disease with an overall 5-year survival of less than 5% [3]. The overall mean survival rate for patients with GBC is 6 months [4]. However, the causes for carcinogenesis of GBC are largely uncertain except the gallbladder stone [5].

The global prevalence of excess bodyweight in adults increased by 27.5% between 1980 and 2013, although the increase has slowed in recent years in some European countries and the USA [6-9], according to recent estimates [10, 11]. This problem is of great concern for public health, as excess body weight is known to be a major risk factor for cardiovascular disease, type 2 diabetes and certain cancer types [12, 13]. Overweight and obesity may also have an increased risk of developing GBC [14-16], but the relationship of body mass index (BMI) to GBC remains incompletely understood. For example, the sex difference for the risk of BMI on GBC had not been well elucidated. We therefore conduct a systematic meta-analysis to assess the associations of overweight and obesity with risk of GBC. 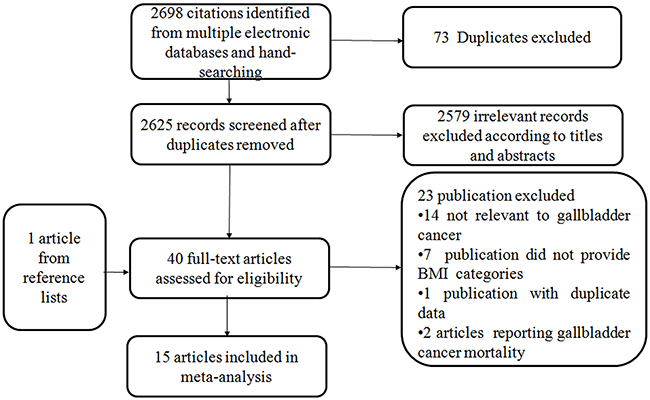 Figure 1: Flowchart of the selection of studies for inclusion in this meta-analysis.

Table 1: Characteristics of the 15 included articles on BMI and risk of GBC

Abnormal BMI and risk of GBC 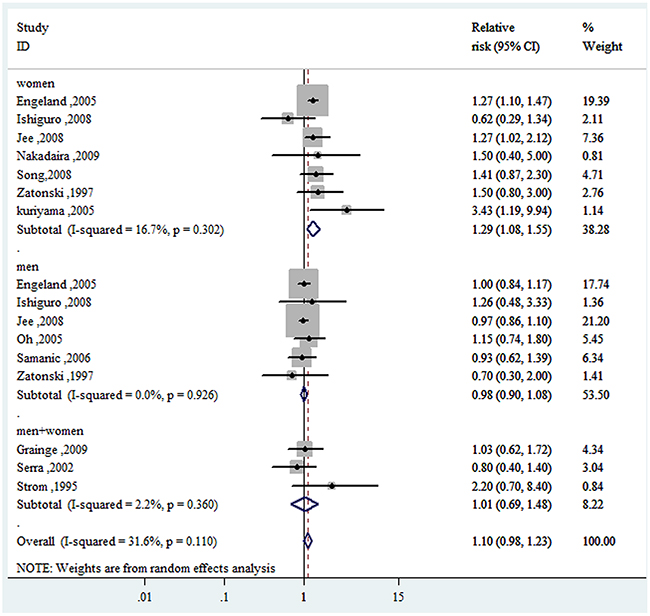 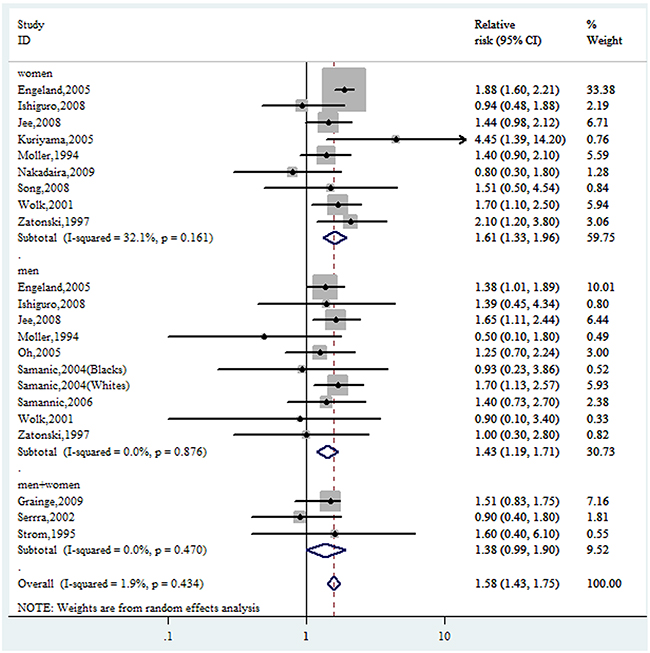 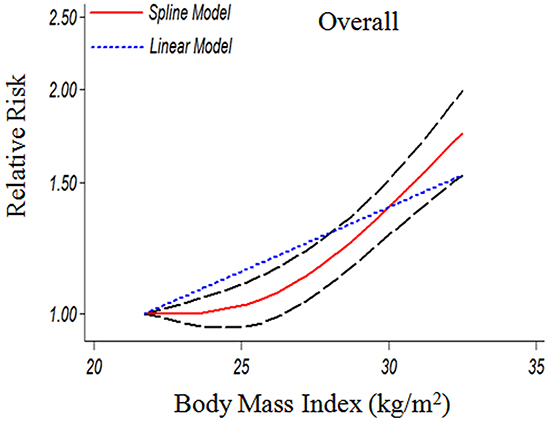 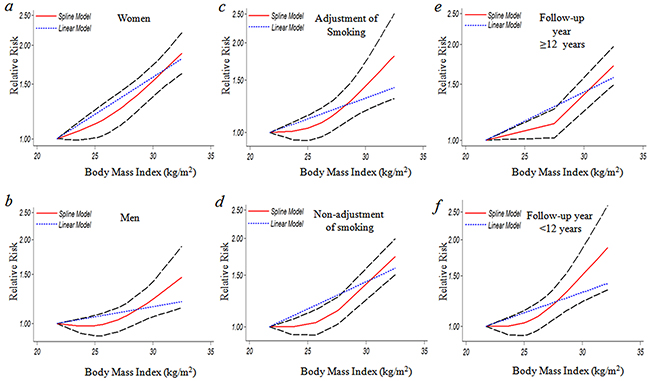 In a sensitivity analysis in which one study at a time was removed and the rest analyzed, the pooled RRs ranged from 1.02 to 1.14 for overweight and from 1.45 to 1.61 for obesity, respectively, which indicated that the pooled estimates were stable and not influenced by a single study. 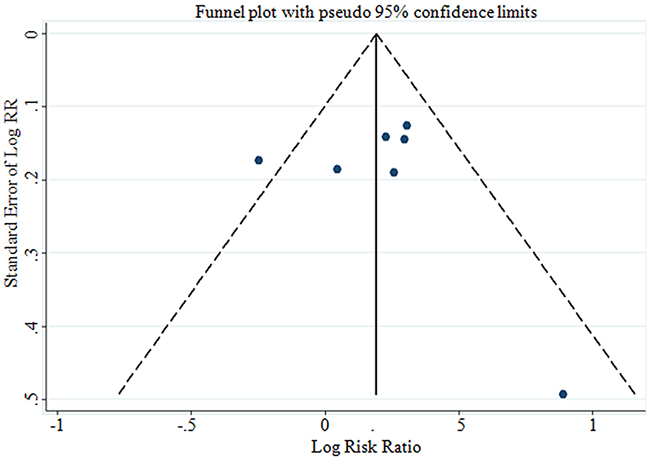 Figure 7: Funnel plot corresponding to the dose-response meta-analysis of the relationship between BMI and GBC risk (p=0.769 by Egger’s test). GBC, gallbladder cancer.

In our meta-analysis, we observed a statistically significant 10% greater risk of GBC in overweight individuals and a 58% greater GBC risk in obese individuals when compared with their normal-weight peers. Dose-response meta-analysis showed that each 1 kg/m2 increase was associated with 4% greater risk of GBC for overall. When adjusted for sex, at the point of BMI=25 kg/m2, the RRs for women and men were 1.13 and 0.98 respectively. The corresponding RRs at the point of BMI=30 kg/m2 were 1.56 vs. 1.24.

Our meta-analysis has several potential limitations that may affect the interpretation of the results. First, overweight and obesity are typically associated with unhealthy diets but very few studies adjusted for intake of food; thus, these subgroup analyses are difficult to interpret. Besides, gallstones and increased use of laparoscopic cholecystectomy i.e. increases the risk of gallbladder cancer [15]. Meanwhile, obesity tends to be accompanied with diabetes, which is also associated with increased GBC risk [35]. However, most studies did not adjust for these risk factors. This could have led to an overestimation of the true association between obesity and risk of GBC. Second, weight and height data of several studies in this meta-analysis relied on self-reported and hospital discharges, which may attenuate the relative risk estimates. However, the RRs for BMI ascertained by measurement were similar to those by self-reported and hospital discharges. Finally, in our meta-analysis including only published studies, it is inevitable that an observed effect might suffer from publication bias because studies with null results tend not to be published. Interestingly, the “trim and fill” analysis showed that publication bias did not appreciably affect our results.

In summary, our meta-analysis indicates that the association of obesity and GBC is stronger in woman than in man. Furthermore, overweight is only associated with GBC in woman. A even stricter weight control might be necessary for woman to prevent GBC.

We systematically searched PUBMED and EMBASE databases to April 17, 2016 for studies on the relationship between BMI and GBC risk. Our core search consisted of terms related to ‘gallbladder cancer, gallbladder neoplasm’ combined with ‘body mass index, BMI, overweight, or obesity’ to identify eligible studies. No language limits were set. In addition, all references listed in the retrieved articles and the reference lists of published meta-analysis [12, 32] were also scanned to further identify possible relevant publications.

Studies were eligible for inclusion in the meta-analysis if they satisfied the following criteria: (a) cohort or case–control studies study in which GBC incidence was taken as outcome; (b) having clear description of normal weight, overweight and obesity defined by BMI; (c) the studies reporting risk estimates with the corresponding 95% confidence intervals (95%CIs) or sufficient information to calculate them. When multiple studies had the same or overlapping study populations, only the studies contained the largest sample size or mostly completed were finally included.

One investigator (ZML) extracted data, which was checked by another (LSW) and any disagreements were resolved by consensus. The following information was extracted from each of the eligible publications: first author’s name, publication year, study location, ethnicity of population, follow-up years, age, measure method of BMI, sample size of gender, BMI categories and risk estimate for each BMI category, and covariates adjusted for multivariable analysis. We assumed that rate ratio and hazard ratio were all valid estimates of the relative risks (RRs), and we, therefore, reported all results as RR for simplicity. We extracted the relative risks with their 95% CIs that reflected the greatest degree of adjustment for potential confounders.

The midpoint of the upper and lower boundaries of each category was assigned as the mean BMI to each corresponding RRs of every study. If the upper boundary for the highest category (such as ≥30) and the lower boundary for the lowest category(such as<18.5) were not provided in the articles, we assumed that the boundary had the same amplitude as the adjacent category [36]. The method described by D.Aune was used to estimate the distribution of cases or person-years in studies that did not report these but reported the total number of cases and person-years [37].

We used the WHO [38] classification to compare risk estimates for underweight(<18.5 kg m−2), overweight (25.0 to 29.9 kg m−2) and obesity (≥30.0 kg m−2) with normal weight (18.5 to 24.9 kg m−2). Where non-standard categories of BMI were used, we choose the category that was most similar to those defined by the WHO. The relative risks and corresponding standard errors from individual studies were logarithmically transformed to stabilize variances and normalize the distributions. Data were analyzed, and the results were reported, using a random-effects model [39]. To investigate the effect of potential confounders, subgroup analyses were conducted by the available characteristics of studies and participants.

For dose-response analysis, a two-stage random-effects dose-response meta-analysis [40] was performed to compute the trend from the correlated log RR estimates across levels of BMI, taking into account the between-study heterogeneity. In the first stage, a restricted cubic spline model with three knots at percentiles 10, 50 and 90% of the distribution was estimated using generalized least-square regression taking into account the correlation within each set of published RRs. Then, the GLST command with the generalized least-squares regression, which required the cases, person-years and mean level of BMI in each category, as well as the BMI level-specific RRs with variance estimated for at least three quantitative categories [41] of each article was used to carry out the dose-response meta-analysis. A p value for nonlinearity was calculated by testing the null hypothesis that the coefficient of the second spline was equal to zero [42].

We assessed heterogeneity between studies with the I2 statistic [43] as a measure of the proportion of total variation in estimates that is due to heterogeneity, where I2 values of 25%, 50%, and 75% correspond to cut-off points for low, moderate, and high degrees of heterogeneity.

Using meta-regression analysis, we further investigated whether the association between BMI and GBC was modified by study-specific factors, including study design and sex. We conducted a sensitivity analysis, in which one study at a time was removed and the rest analyzed to assess whether the results were markedly affected by a single study. Evidence of publication bias was assessed by visual inspection of funnel plots using Egger’s regression test [44].

All statistical analyses were performed by Stata 12.0 (Stata Corporation, College Station, TX) and P values of two-sided less than 0.05 were considered statistically significant.

We assessed the methodological “quality” of included studies based on the Newcastle-Ottawa Scale [45] for quality of case–control studies and cohort studies in meta-analysis; for this assessment, we used the Newcastle-Ottawa Scale star system (range, 0 to 9 stars). In the current study, we considered a study awarded seven or more stars as a high-quality study, because standard validated criteria for important end points have not been established.

No conflict of interest was declared.

4. Lai CH and Lau WY. Gallbladder cancer—a comprehensive review. The surgeon : journal of the Royal Colleges of Surgeons of Edinburgh and Ireland. 2008; 6:101-110.

36. Discacciati A, Orsini N and Wolk A. Body mass index and incidence of localized and advanced prostate cancer—a dose-response meta-analysis of prospective studies. Annals of oncology. 2012; 23:1665-1671.