A variety of procedures have been developed to manage variceal bleeding; however none are proven to be as efficacious as desired. The risk of hemorrhage increases as the measure of portal hypertension, the hepatic venous pressure gradient (HVPG), exceeds 10 mmHg [2]. The annual incidence of first variceal hemorrhage can be up to 15% and has a significant mortality of 7%–15% [6–9]. Approximately 60–70% of patients will have recurrent variceal bleeding within a year of their first episode, and majority of these patients will die if left untreated [9–11]. Therefore effective secondary prophylaxis is essential in reducing mortality from repeat episodes. The most ideal treatment is liver transplantation, which reduces recurrent hemorrhage while maintaining liver function. However, not all patients are candidates for transplant and there are significant wait times and financial impacts associated with the operation [12]. Currently accepted standard treatments include pharmacotherapy and endotherapy. Non-selective beta blockers and endoscopic variceal ligation, which is presently selected over sclerotherapy, remain the preferred regimen to prevent rebleeding [3]. Transjugular intrahepatic portosystemic shunts (TIPS) are implemented in patients who have Child-Turcotte-Pugh (CTP) A or B cirrhosis with repeat hemorrhages despite pharmacologic and endoscopic therapy, but its effectiveness is variable [4, 13–21]. A substantial rate (40–50%) of stenosis and thrombosis limits the use of TIPS [22].

It has been reported that techniques such as the modified Sugiura procedure are effective in treating variceal hemorrhage [23–26]. The original Sugiura procedure consisted of paraesophagogastric devascularization and esophageal transection through the chest and abdomen [27]. Though applicable, the technique was extremely complex, complications were dangerous, and results were inconsistent. It was simplified into the modified Sugiura procedure, which is comprised of paraesophagogastric devascularization and esophageal transection in the abdomen [22, 28]. These surgical techniques may become increasingly indicated in CTP A or B patients as an alternative to sclerotherapy or endoscopic ligation [29]. Selective devascularization 1) does not affect liver function, 2) reliably reduces the risk of rebleeding, and 3) decreases Free Portal Pressure (FPP) to prevent genesis of new capillaries [28]. Further optimization is needed to explore these options. This study aims to explore the various therapies and their outcomes at our treatment facility in order to guide future treatment scenarios.

A total of 500 patients were enrolled in this study. Due to some incomplete medical records, the final analysis consisted of 455 individuals. In these patients, 63 cases had complications and were stratified into the high-risk group. 392 cases had no complication and were classified as low-risk. One patient died of Acute Respiratory Distress Syndrome (ARDS) immediately after surgery in the intensive care unit (ICU).

Male gender was the predominant sex in the incidence of portal hypertension, and represented 41 cases (65%) of patients in the high-risk group and 237 (60%) cases in the low-risk group. In the high-risk group, 59 (89%) cases had severe complaints including hematemesis and black stool (melena); 7 (11%) cases had mild complaints such as fatigue and others. The high- and low- risk groups demonstrated no difference in age, gender, and type of previous liver disease. Among the high-risk group, 81% (51 cases) had total bleeding of more than 1000 ml, while only 16% (62 cases) had bleeding of over 1000 ml in the low-risk group before surgery. There was statistical significance in the difference between the number of patients complaints and volume of bleeding between the high- and low-risk groups. However, there was no difference concerning the number of bleeding episodes in these two groups of patients. These results indicate that the severity of patients’ complaints and the severity of bleeding before surgery might contribute to the outcomes of selective operation procedure.

Endotherapy and pharmacotherapy are the current accepted first-line treatment for variceal bleeding in patients with portal hypertension [3]. We investigated whether previous treatment with endotherapy correlates with the incidence of complication. We found that patients who did not receive endotherapy before selective devasculariation had a lower chance of producing a complication, although this might implicate that variceal bleeding is less severe in this group of patients.

The free portal pressure (FPP) was measured before and after operation. It did not differ a lot before the surgery in the high- and low-risk groups. However, there was a lower FPP after surgery in the low-risk group. Interestingly, we noted that less complication occurred when patients had a greater FPP.

Factors that potentially affected selective devascularization are summarized in Table 2.

Type of surgery: A. Selective devascularization with esophageal transection

B. Paraesophagogastric devascularization without esophageal transection

Since the patients’ general condition and liver function can affect the outcome of selective devascularization, we performed routine blood examination and liver function tests. The average values of the tests are listed in Table 3. We found that blood AST (Aspartate transaminase) was significantly higher in the high-risk group than that in the low-risk group. There was longer prolonged prothrombin time in the high-risk group.

The Child-Turcotte-Pugh (CTP) score, which assesses the prognosis of chronic liver disease, was used to evaluate the patients liver function. We found that there were significantly fewer patients in the high-risk group whose liver function was CTP-A, indicating that liver function was a contributing factor for complication.

Therapy for variceal hemorrhage due to portal hypertension has changed immensely over the years, yet the mortality remains high and urgency to optimize the treatment stays strong. Our treatment facility is nationally renowned for expert management of portal hypertension. There are a large number of patients seeking treatment of variceal hemorrhage in our center. Goal of therapy is to prevent rebleeding while maintaining liver function. In this case, liver transplantation meets all the objectives, but it is not a viable option for most patients. The current standard treatment of variceal hemorrhage is pharmacotherapy and endotherapy. TIPS is a more advanced, non-operative therapy to decrease variceal pressure and is increasingly popular but there are many contraindications (e.g. venous thrombosis) and there is a high rate of limiting complications [3, 30]. Therefore, alternative methods are required to treat variceal hemorrhage. To visualize the pathophysiology, varices form when the portal blood flow is met with resistance and the blood regurgitate in the opposite direction [31]. Therefore, terminating the blood supply to form these varices may prevent their increased blood flow and consequently, bleeding; this was the basis of the original Sugiura procedure [27]. Since then, it has been modified to accommodate diverse patient factors and nuances in their conditions. The study elucidates some of those factors that can influence clinical decision-making.

In this patient cohort, the major complaints were hematemesis and melena, while minor ones included those such as fatigue. As expected, the number of patient who have major complaints was higher in the high-risk group than that of the low-risk group, most likely due to the more sever varices they have experienced. The volume of blood resulting from the hemorrhage differed in both groups as well. 89% of the patients in the high-risk group had bleeding of more than 1000 ml compared with only 16% of patients in the low-risk group. This excess amount of bleeding could have additionally contributed to the severity of the patients’ postoperative complications.

Source of liver disease (e.g. hepatitis) did not affect the outcome of the surgeries. Only higher percentage of patients presented with cirrhosis, signifying that cirrhosis may be a relevant factor to the complication of surgery. The study also examined the rate of previous endotherapy in both groups. 24% of patients in the high-risk group had received endotherapy in the past while only 10% had in the low-risk group. This difference was statistically significant, suggesting that previous endotherapy may have contributed to the outcome of surgery. Conversely, retaining portal branches resulted in a higher percentage of low-risk patients (93% vs. 74% in high-risk group).

Currently, surgical procedures may be indicated only in CTP A or B patients to resect veins and prevent variceal bleeding early while liver function is intact [33]. There are also some risk factors associated with rebleeding in selective devascularization. Incomplete devascularization, resulting portal hypertension gastropathy, and regeneration of the varices can contribute to increased rebleeding risk. Prospective, longer-term analysis is needed to better understand the impact of the procedure.

This retrospective analysis showed that the modes of surgery were operated at comparable rates in both groups, which shows that type of surgery did not influence the outcomes. Those who were not subject to esophageal transection may have had a procedure just as effective and safe with less morbidity associated with esophageal transection [22]. Furthermore, a previous meta-analysis showed that the incidence of encephalopathy is higher in patients who have previously had a shunt than in those who underwent devascularization [34]. Therefore, selective devascularization may be a viable alternative in patients with previously failed therapies.

The most notable limitation of this study is that this was a single center retrospective analysis and thus several confounding variables are likely to have affected the results. A future study with a larger patient cohort from multiple centers could provide some standards for the decision-making in treating patients with portal hypertension.

Various patient characteristics influence the result of procedures. Risk factors that may be negative predictors of selective devascularization outcomes are severe symptoms such as hematemesis, large volume of bleeding during the episode, liver cirrhosis, previous endotherapy, prolonged prothrombin time, and poor liver function. It was concluded that selective devascularization is an effective alternative therapy to treat variceal hemorrhage from portal hypertension in those who are not candidates for shunts or transplant.

This study was approved by the Internal Review Board of Nanjing Drum Tower Hospital, the affiliated hospital of Nanjing University Medical School. 500 patients with portal hypertension who underwent selective devascularization in the Department of General surgery, Nanjing Drum Tower Hospital, from January 1995 to December 2014 were included in the present study. The clinical data from the medical records of these patients were retrospectively analyzed. Among these patients, there were 182 females and 318 males. The average age of patients was 48 years old (range 5–79 years old).

The patients were divided into high-risk group and low-risk group according to their postoperative complications. The patients were considered high-risk if they had one of the following severe complications within 6 months after surgery: liver failure, kidney failure, multi-organ function failure, severe gastrointestinal bleeding, bleeding into abdominal cavity, portal thrombosis, pleural effusion, abdominal ascites, liver abscess, encephalopathy, pulmonary infection, other liver dysfunction-related diseases, or death. Patients with no postoperative complication were considered as low-risk. For chief complaints, we defined severe complaints as hematemesis and black stool (melena); mild complaints as fatigue and comparative others. Definition of liver disease included all sources of liver disease, such as alcoholic cirrhosis, hepatitis B, hepatitis C, and others. The grade of liver cirrhosis was evaluated using Child-Turcotte-Pugh (CTP) classification.

The operation indications include: failure of medical treatment, endoscopic therapy is invalid, repeated hemorrhage, hypersplenism, and the patient’s liver function should be Child-Turcotte-Pugh A or B. 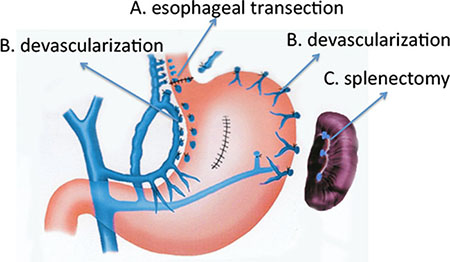 Figure 1: The schema showed the details of surgical procedures.

The patients were evaluated at 6 months, 1year, 2 years and 5 years. The follow-up included assessment of patients’ general condition, the quality of life, and re-bleeding rates.

This study is not supported by any grant.