Recent genomewide studies have identified several germline variations associated with gastric cancer. The aim of the present study was to identify, in a Chinese Han population, the individual and combined effects of those single nucleotide polymorphisms (SNPs) that increase the risk of early-onset gastric cancer. We conducted a case-control study comprising 116 patients with gastric cancer as well as 102 sex- and age-matched controls and confirmed that the SNPs MUC1 (mucin 1) rs9841504 and ZBTB20 (zinc finger and BTB domain containing 20) rs4072037 were associated with an increased gastric cancer risk. Of the 116 patients diagnosed with cancer, 65 had at least 1 direct lineal relative with carcinoma of the digestive system or breast/ovarian cancer. These 65 had another 4 SNPs associated with gastric cancer susceptibility: PSCA (prostate stem cell antigen) rs2294008, PLCE1 (phospholipase C epsilon 1) rs2274223, PTGER4/PRKAA1 (prostaglandin E receptor 4/ protein kinase AMP-activated catalytic subunit alpha 1) rs13361707, and TYMS (thymidylate synthetase) rs2790. However, each of these low-penetrance susceptibility polymorphisms alone is not considered influential enough to predict the absolute risk of early-onset gastric cancer. Thus we decided to study different combinations of polygenes as they affected for our population. Those subjects with both the risk alleles MUC1 rs9841504 and ZBTB20 rs4072037 had a greater than 3-fold increased risk of gastric cancer. Also those with a hereditary background including the risk alleles PLCE1 rs2274223 and PTGER4/PRKAA1 rs13361707 were 3 times more susceptible to cardia cancer than those without. These findings show that the study of combined polymorphisms, instead of single low-penetrance variations in susceptibility, may lead to a high-risk classification for a specific population.

Gastric cancer is the fourth most common cancer worldwide and the second most common cause of death due to cancer globally.[1] Approximately 10% of all cancer deaths worldwide are gastric cancer−specific, with 40% occurring in China.[2] Owing to improved living standards and the eradication of Helicobacter pylori, especially in East Asia and Latin America,[3] the incidence of gastric cancer has declined in most parts of the world since the 1900s.[4, 5] Since 1970s, however, the overall incidence of noncardia gastric cancer in a subgroup of the white population between 25 and 39 years of age has increased by two thirds.[6] Similar results have been observed in China, where the incidence in a subgroup of the rural population between 15 and 44 years of age has increased since the 1990s.[7] There are several reasons for this paradoxical phenomenon. Although factors like H. pylori have recently been better recognized and understood, other environmental factors, such as air pollution and climate change, can induce effects that seem relatively small but that accumulate yearly and thus affect these specific generations.[8, 9] Also, after the decline of H. pylorii infection, other risk factors—such as Epstein-Barr virus, which was unmasked by the eradication of H. pylori—can also increase the risk of carcinogenesis.[6] Third, the accumulated genetic variations in carcinogenesis have now become more marked, leading to an earlier onset disease.[10, 11]

Genetic variations in breast cancer (e.g., BRCA1 and BRCA2) are highly penetrant, suggesting a strong linkage with family history and genetic susceptibility.[12] Similarly, a relationship between germline alterations in CDH1 (E-cadherin) and hereditary diffuse gastric cancer with family clustering has been observed in western countries [13]; however, rare families have also been reported in Asian countries.[14-16] Finally, in sporadic gastric cancer, genetic susceptibility to the SNP CDH1 rs16260 was reported at odds ratios of 1.20 in European and 0.93 in Asian populations.[17, 18] We undertook further study of genetic-related gastric cancer in an Asian population, much as in the Genome-Wide Association Studies (GWAS). The latter identified several risk-associated loci with genetic susceptibility, including the SNPs PSCA rs2976392 (strong linkage disequilibrium with rs2294008), PLCE1 rs2274223, ZBTB20 rs9841504, and PTGER4/PRKAA1rs13361707.[19-21] MUC1 rs9841504 and TYMS rs2790 have been recognized as risk alleles in similar studies of gastric cancer.[25, 26] However, results have not always been consistent, possibly owing to varying hereditary traits.[22-25]

Polygenic approaches have been attempted to predict and prevent breast and bladder cancers stemming from low-penetrance mutations.[27, 28] Recently several genetic susceptibility loci associated with gastric cancer risk have been identified and verified, and it was suggested that “sporadic” cancer be called ”polygenic” instead of ”nonhereditary.”[29] Although twin studies have suggested that many ‘sporadic’ cancers show little or no heritability, Lu et. al. have demonstrated that several ‘sporadic’ cancers have a significant inherited component.[29] We named them as ‘hereditary background’ in this paper. In our research involving Chinese Han individuals of age 50 years or below with a hereditary background of malignancy, we were able to identify a number of potential risk alleles in polygenic gastric cancer. The primary purpose of our study was to elucidate the combined effect of such early-onset risk alleles.

This study included 116 Chinese Han individuals less than 50 years of age with gastric cancer and 102 healthy sex- and age-matched controls. All were retrospectively chosen between March 2005 and June 2014 from the Department of Gastrointestinal Oncology of the Peking University Cancer Hospital (Table 1). Sixty-five individuals in our study who had already been diagnosed with cancer had at least 1 direct lineal relative with carcinoma of the digestive system or breast/ovarian cancer; therefore these subjects were assumed to have a hereditary background of malignancy (Figure 1).

Table 1: Characteristics of patients and controls 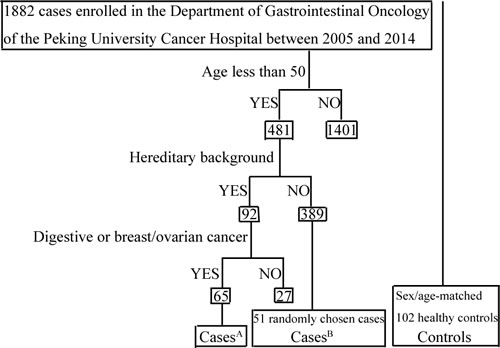 Figure 1: Flowchart of cases selection: A brief description of the patient-selection procedures.

The risk of individual loci for early-onset gastric carcinoma

* The per-allele model compares the difference between minor and major alleles.

† In the logistic regression model OR is adjusted for sex and age.

* Odds ratios were adjusted for age and sex in unconditional logistic regression models.

Table 5: PLCE1 rs2274223 and PTGER4 and PRKAA1 rs13361707 predict the risk of cardia cancer in populations with a hereditary background

Our studies explored the field of hereditary gastric carcinoma in a polygenic way, and the multiplicative model showed the importance of genetic variants in early-onset gastric cancer susceptibility. By distinguishing high-risk from low-risk populations, we hoped to develop more economical and efficient screening programs, especially in developing countries with many different populations.

A number of genetic loci for gastric cancer susceptibility—such as MUC1 rs4072037, ZBTB20 rs9841504, PSCA rs2294008, PLCE1 rs2274223, and PTGER4 and PRKAA1 rs13361707—were recently discovered by GWAS.[19-21] In order to avoid false-positive results, a large number of confirmation studies and meta-analyses followed.[22, 23, 25, 32, 33] However, the results have not always been consistent. Two crucial factors should be taken into account. First, populations of different ethnicities were enrolled and compared, which would be worthless for risk prediction. The Human Genome Project pointed out that the major/minor allele of the same SNP varied greatly in percentage among such populations. Because the baselines are not consistent across different populations, the role of each SNP in risk prediction should not be equally weighted. Second, the assignment of a variety of weights would induce different ages of onset when the existence of these SNPs was discovered. Because the loci used in our calculations were selected from previous studies and the percentages were consistent with the result in the Human Genome Project, the supportive evidence is strong.

Although many studies related to gastric cancer polymorphisms have recently been published, the application of their results in clinical and preventive medicine remains to be explored. The reasons for this are complicated. Instead of affecting protein function in carcinogenesis directly, genes such as PSCA may inhibit the growth of differentiated epithelial cells [21]; furthermore, SNP studies are often on the genetic level, which makes the relationship between a single molecule and changes in the stomach difficult to explain. Also, studies have shown large variations with the same SNP because of varying genetic backgrounds (e.g., involving ethnicity and gender). Our study showed that males were more susceptible to gastric cancer than females. Thus a better way to apply our findings clinically would be to classify each population in terms of the predicted percentile risk for individuals within that population.

We assumed a 40% reduction of gastric cancer risk with the gastroscopy examination, but it is not that simple. With our assumption, a greater number of loci predicting the risk of gastric cancer will be discovered. The risk estimation, however, still suggests an accurate calculation. The true benefit is a complex interaction between absolute risk and the gastroscopy operator. In China, public awareness of gastric cancer in high-risk populations should be promoted. Besides, professional education would be necessary for accepting the concept of a multiplicative genetic model. If populations at varying risk were grouped, a special screening process (e.g., gastroscopy, abdominal CT, and/or PET-CT) to be administered at given intervals could be designed for different groups.

However, we must still face the fact that most of the risk factors for gastric carcinoma are yet be discovered. At least 2 different methods need to be improved. First, technological improvements in the detection of SNPs, with both higher sensitivity and specificity, will enable more reliable predictions. Importantly, a large sample size is indeed necessary, not only for confirmation but for new findings as well.

With the discovery of more susceptible loci of gastric cancer in the future, our understanding of hereditary polygenic gastric cancer will become more complete. Disease prediction and prevention will enter a new era—the genetic era.

Data on the characteristics of study subjects (e.g., age, sex, family history, etc.) were collected from the medical record. Histology was confirmed on the basis of biopsy specimens in the Department of Pathology at the same hospital. The gastric carcinomas were all adenocarcinomas. In this study, the inclusion criterion for diffuse-type gastric cancer was Lauren’s diffuse type with poorly differentiated or signet-ring cell histology in the World Health Organization (WHO) classification or linitis plastica. The inclusion criterion for intestinal-type gastric cancer was Lauren’s intestinal type with papillary, well-differentiated, or moderately differentiated histology by the WHO classification. The study was approved by the Ethics Committee of Peking University Cancer Hospital and informed consent was obtained from all subjects.

Genomic DNA was extracted from venous blood with the QIAamp Blood Kit (Qiagen, Hilden, Germany) according to the manufacturer’s instructions and stored at -20oC for future use. The polymerase chain reaction (PCR) was used to perform the genotyping.[34] PCR was conducted on the GeneAmp PCR System 9700 Thermal Cycler (Applied Biosystems, Foster City, CA, USA); it has a total volume of 20 μL containing 2 μL genomic DNA (around 40 ng/μL), 2 μL 10x LA PCR buffer, 0.5 μL 10 μM each primer, 2 μL 10 mmol/L dNTP, 0.2 μL Taq DNA polymerase (DRR200A, TAKARA), and 13.3 μL ddH2O. The cycling parameters were 94oC for 5 minutes, 35 cycles at 94oC for 30 seconds, 57 to 62oC (depending on the primers) for 45 seconds, 72oC for 20 seconds, and a final extension step at 72oC for 7 minutes. The PCR products were determined by 2% agarose gel electrophoresis and sequenced by an Invitrogen 3730XL genetic analyzer. The sequencing results were analyzed with Chromas software under the condition of signal/noise > 98%.

Statistical analysis was performed using the STATA 13 software package (StataCorp LP, College Station, Texas, USA). The Hardy-Weinberg equation was used to compare the observed and expected genotype frequencies. The genotype distributions were compared with two-sided contingency tables using the χ2 test. The odds ratio (OR) and 95% confidence interval (CI) were calculated using an unconditional logistical regression model. The P value was considered significant at less than 5%.

We thank LetPub (www.letpub.com) for its linguistic assistance in the preparation of this manuscript.