Background: Nasopharyngeal carcinoma is associated with Epstein-Barr virus (EBV). The current study investigated change in the plasma EBV DNA load in the first 3 months after treatment and its clinical significance in NPC.

Methods: A total of 273 patients with non-metastatic, histologically-proven NPC treated with radiotherapy or chemoradiotherapy were retrospectively reviewed.

Conclusion: Plasma EBV DNA load continues to change during the first 3 months after treatment. The pattern of change in EBV DNA load post-treatment could help identify patients with different prognoses.

Nasopharyngeal carcinoma (NPC) is endemic in China, where over 33000 new cases – representing 40% of cases worldwide – were diagnosed in 2012 [1]. Radiotherapy is the primary treatment modality for non-disseminated NPC [2, 3]. Chemoradiotherapy is recommended for loco-regionally advanced disease [2–4]. The revolution in radiation techniques from two-dimensional (2D) conventional radiotherapy to intensity-modulated radiotherapy (IMRT) has significantly improved local control, with a current local failure rate of 5–7% [5–7]. However, 15–21% of patients still develop distant metastasis after radical treatment, and distant metastasis has become the major failure pattern in NPC [5, 8].

NPC is associated with Epstein-Barr virus (EBV) infection. Many studies have demonstrated that EBV contributes to the pathogenesis of NPC [9–11], and EBV infection is ubiquitously detected in the primary and metastatic tumor cells of almost every patient with NPC, regardless of the geographic origin of the patient or the degree of tumor differentiation [11–17]. In patients with NPC, plasma EBV deoxyribonucleic acid (DNA) has been demonstrated to contain the same polymorphisms as the EBV DNA detected in tumor cells, which indicates that plasma EBV DNA originates from the tumor. Moreover, the plasma EBV DNA load correlates strongly with the tumor burden [18], thus providing a solid basis for the utility of assessing the plasma EBV DNA load in NPC.

To date, several studies have demonstrated that plasma EBV DNA represents a valuable tumor marker for the diagnosis, treatment response monitoring, prognostication and follow-up of patients with NPC [18–27]. A high pretreatment plasma EBV DNA load correlates with advanced stage and poor prognosis. Moreover, patients with detectable post-treatment EBV DNA have an extremely high risk of treatment failure [18, 19, 25–27]. However, the time-point of the post-treatment EBV DNA assessment in previous studies varies from within one week to three months after the end of treatment. Interestingly, at our clinic, we have observed that some patients with detectable EBV DNA at the end of treatment subsequently develop spontaneous remission of EBV DNA; however, no previous studies have addressed this issue. Thus, we aimed to assess the patterns of change in the EBV DNA load in the first 3 months after treatment and investigate its potential clinical significance in NPC.

The objective of the current study was to investigate the prognostic value of end-DNA and 3-month-DNA for long-term survival. Thus, 7/273 patients who developed distant metastasis within 3 months after treatment were excluded from further analysis (Figure 1). The remaining 266 patients alive without disease at 3 months after treatment were included in the following analysis and their characteristics are shown in Table 1. 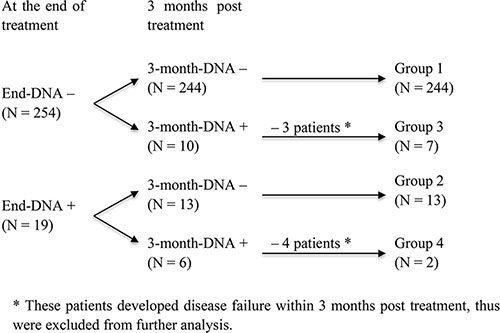 Table 1: Clinicopathological characteristics of the 266 patients with NPC

a Pathologic type: according to the 2005 World Health Organization classification of tumors.

b According to the 7th edition of the UICC/AJCC staging system.

Table 2: Summary of univariate and multivariate analyses of prognostic factors in the 266 patients with NPC

Of the seven patients with undetectable end-DNA and detectable 3-month-DNA (Group 3), 5/7 developed disease failure at 3.2-27.5 months (median, 15.9 months) after the detection of plasma EBV DNA at 3 months post-treatment: two developed distant metastasis, two developed local-regional recurrence and one developed both distant metastasis and local-regional recurrence. The 3-month-DNA load of the five patients with disease failure ranged from 640 to 43500 copies/ml (median, 20800 copies/ml). However, the other two patients in Group 3 remained disease-free up to the last follow-up (follow up period: 30.6 and 26.0 months, respectively), with EBV DNA of 41 copies/ml and 194 copies/ml at 3 months and undetectable EBV DNA at subsequent follow-up visits. Detailed information for the seven patients in Group 3 is provided in Table 3.

1Patient 1 and patient 5 did not receive chemotherapy due to advanced age and comorbidity.

2From the detection of abnormal plasma EBV DNA at 3 months post treatment.

3From the first day of treatment.

1From the end of treatment.

2From the first day of treatment.

Meanwhile, plasma EBV DNA was undetectable at the end of treatment but reemerged 3 months later in seven patients, of whom five subsequently developed disease failure. Further studies are warranted to investigate the biological foundation of this phenomenon. In these five patients, the reemergence of EBV DNA preceded the clinical signs of disease failure. As the effectiveness of salvage treatment is closely related to the tumor burden at the time of relapse [29–32], close monitoring of EBV DNA after treatment may enable the early detection of treatment failure and improve the outcome of salvage therapy.

To date, several studies have reported that patients with detectable post-treatment EBV DNA have a significantly poorer prognosis [18, 19, 25–27]. However, the rates of detectable post-treatment EBV DNA in previous reports varied significantly from 10% to 28.8%, possibly due to varied EBV DNA assessment time-points ranging from within one week to three months after treatment. For instance, Leung et al. reported that 16% of patients had detectable EBV DNA within 3 months of the completion of therapy. In this cohort of patients, the rate of residual EBV DNA at the end of therapy (7%) was lower than previous reports, possibly due to that the majority of patients in previous studies received 2D conventional radiotherapy, while all patients in our cohort received IMRT. Here, we demonstrate that the plasma EBV DNA load continues to change during the first 3 months after treatment. Our results suggest that routine EBV DNA assays should be performed at the end of treatment and subsequent follow-up visits; this may provide important information about the patients’ outcome. Additionally, in future studies involving post-treatment EBV DNA, it would be better to define a uniform time-point for assessing EBV DNA, especially in multicenter studies, to reduce potential bias. Major cooperation groups including the NRG are currently conducting several multi-institutional clinical trials in order to improve the outcome of patients with detectable post-treatment EBV DNA. However, the NRG HN001 (NCT02135042) and National Health Research Institute in Taiwan study (NCT02363400) assesses post-treatment EBV DNA within 1 week after treatment, while the Hong Kong Nasopharyngeal Cancer Study Group trial (NCT00370890) assesses EBV DNA at 6-8 weeks after treatment, which will lead to difficulties when comparing the results of these trials. The optimal time-points for assessing the residual post-treatment EBV DNA load to guide further intervention needs to be addressed in the future.

This study has some limitations. Firstly, biases due to the retrospective nature of the analyses are unavoidable, and no validation dataset was included. However, the data in the present study are consistent with-and also provide a new perspective on-previous studies on the prognostic value of post-treatment EBV DNA. Secondly, there were limited numbers of patients in Group 3 and Group 4 (nine patients). However, almost all of the patients in these groups (7/9) developed disease failure, which clearly indicates the extremely high risk of disease failure in these patients.

This study was approved by the institutional review board; requirement to obtain informed consent was waived. Between January 2010 and December 2011, 273 patients with non-metastatic NPC treated at our institution received an EBV DNA assay before, at the end of (+/− 1 week) and 3 months (+/− 1 week; i.e. at the first follow-up visit) after treatment. All of these patients received intensity-modulated radiotherapy (IMRT) with or without chemotherapy. The median age of the remaining 273 patients was 44.4 years (range, 14–77 years), with a male-to-female ratio of 2.8:1.

Plasma EBV DNA load was detected before the start of treatment, at the end of treatment (+/− 1 week) and 3 months after the completion of treatment (+/− 1 week). Samples of peripheral blood (3 ml) were collected into ethylenediamine tetraacetic acid (EDTA) tubes and subjected to centrifugation at 16000 g for 5 min to isolate plasma. The plasma was transferred to fresh tubes and stored at −80°C. DNA was isolated from 500 μl aliquots of plasma using the QIAamp DNA Blood MiniKit (Qiagen, Hilden, Germany), according to the manufacturer’s instructions.

The nasopharyngeal and neck tumor volumes of all patients were treated using radical radiotherapy based on IMRT for the entire treatment course. All targets were treated simultaneously using the simultaneous integrated boost technique; other details of the techniques used at our center have been reported previously [35].

Patients were examined at least every 3 months during the first 2 years, and every 6 months during years 3–5 or until death. Evaluation during follow-up included a complete patient history, physical examination, hematology and biochemistry profiles, MRI of the neck and nasopharynx, chest radiography, abdominal sonography and a whole body bone scan. All local recurrences were diagnosed via fiber-optic endoscopy and biopsy, a MRI scan of the nasopharynx and the skull base showing progressive bone erosion or soft tissue swelling, or both. Regional recurrences were diagnosed by clinical examination of the neck and, in doubtful cases, by fine needle aspiration or a MRI scan of the neck. Distant metastases were diagnosed by clinical symptoms, physical examinations, and imaging methods that included chest radiography, bone scan, MRI, CT, and abdominal sonography [36].