Purpose: To investigate the mutation status of growth differentiation factor 15 (GDF15) in patients with oral squamous cell carcinoma (OSCC), as well as the prognostic value of missense GDF15 mutations.

Head and neck cancer is the sixth most common cancer worldwide. Oral squamous cell carcinoma (OSCC), a subset of this disease, accounts for more than 300,000 new cases each year. OSCC originates from the oral mucosal epithelia. Although efforts have been made to improve the prognosis of patients with OSCC for decades, the 5-year survival rate is still about 50% to 60%, and even lower in the patients at clinical late stage [1, 2].

Growth differentiation factor 15 (GDF15), also known as nonsteroidal anti-inflammatory drug-activated gene-1 (NAG-1), macrophage inhibitory cytokine 1(MIC-1), placental TGF-β (PTGF-β), prostate differentiation factor (PDF), and placental bone morphogenetic protein (PLAB), is a divergent member of the TGF-β superfamily [3]. The GDF15 gene is located at band p13.11 on chromosome 19 with two exons that encode a 308-amino-acid of GDF15 polypeptide, consisting of a 29-amino-acid signal peptide, a 167-amino-acid propeptide, and a 112-amino-acid mature protein. Cleavage of the propeptide allows the mature protein to be secreted as a disulfide-linked homo-dimer [3]. GDF15 is a TP53 transcriptional target that mediates G1 cell cycle arrest and apoptosis [4, 5].

GDF15 plays multiple roles in various pathologies, including inflammation, cancer, cardiovascular disease and obesity [6, 7]. Although the role of GDF15 in tumorigenesis is not universal, overexpression of GDF15 has been reported to play an important role in OSCC [8, 9], and indicates a poorer prognosis in OSCC patients [10]. Recent advances in molecular biology have demonstrated that mutations or single nucleotide polymorphisms of relevant genes may affect the risk and prognosis in head and neck squamous cell carcinoma [11, 12]. Unfortunately, there is still no clinical evidence of GDF15 mutations on prognostic evaluation in OSCC; the relationship between TP53/GDF15 mutations and GDF15 expression remains unclear.

Table 1: Summary of GF15 mutations in the different domains in the 17 patients with oral squamous cell carcinoma

aTer was a nonsense mutation

*P value from the chi-square test was reported to compare the difference between the patients with wild-type GDF15 and missense mutant GDF15 based on the different baseline factors.

**Former/current smokers defined as at least a one pack-year history of smoking. 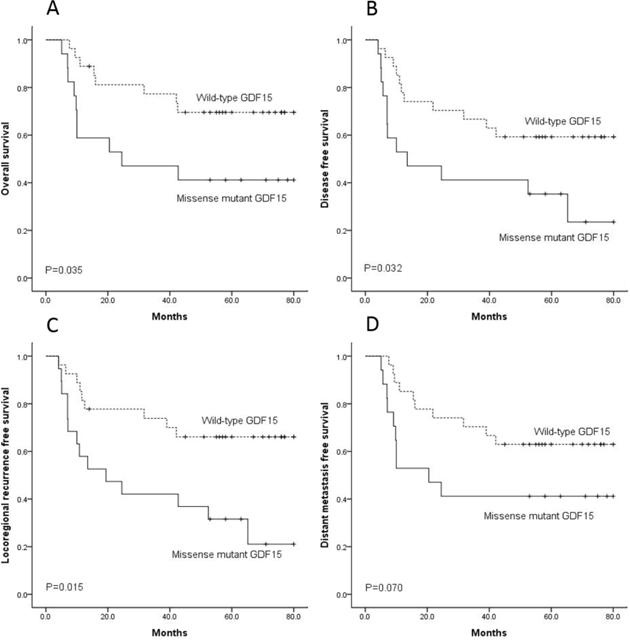 Table 4: TP53 mutations in different domains in patients with oral squamous cell carcinoma according to the EAp53 evaluation system

TP53 is the most frequently mutated gene in head and neck cancer, and patients with TP53 mutation have a poorer prognostic outcome than those with wild-type TP53. Mutant TP53 could stratify head and neck cancer patients with tumors harboring TP53 mutations as high or low risk, and the patients with high risk TP53 mutation have the poorest survival outcomes [23–26]. Recently, some mutant TP53 displays oncogenic properties, termed gain of function, that could regulate numerous genes on a transcriptional level [27]. GDF15 is a TP53 transcriptional target and there are two consensus p53-binding sites in the GDF15 gene promoter, which could be activated by the wild-type p53 protein [5]. Unfortunately, in the present study, we find no relationship between TP53 mutation and GDF15 expression. Further investigations with large sample size are recommended to reveal the molecular relationship between mutant TP53 and GDF15 expression.

There are some limitations in our study. The sample size is relatively small and therefore mutation frequencies reported here might be biased. A larger sample size is recommended in future studies. Only one high-throughput next-generation sequencing platform is used for mutation analysis and other sequencing platforms and independent cohorts are suggested to validate our findings.

In conclusion, our results indicate that missense GDF15 mutations could be used as an independent increased risk factor of poor prognosis in OSCC patients. Further investigations are suggested to reveal the molecular relationship between GDF15 mutations in different gene regions and GDF15 expression, as well as the molecular relationship between TP53 mutations and GDF15 expression. Understanding the GDF15 function in OSCC might be useful for identification of novel therapeutic targets and, ultimately, the personalization of cancer treatment based on the GDF15 mutations.

From 2008 to 2010, 46 patients with untreated locally advanced OSCC were involved in this study. Written informed consent was obtained from all patients, which was approved by the Human Research Ethics Committee of Ninth People's Hospital Shanghai Jiao Tong University School of Medicine (approved number: 2008 [12]). All these patients at clinical stage III and IVA received radical surgery followed by radiotherapy (four patients received TPF induction chemotherapy) and were followed up routinely with a median follow-up period of 57 months (up to June, 2014). During the follow-up period, death event occurred in 19 patients, locoregional tumor recurrence was confirmed in nine patients and distant metastasis occurred in three patients. The FFPE biopsy samples were used for GDF15 and TP53 mutation sequencing and GDF15 immunohistochemistry. A non-cancerous FFPE tissue sample from the neck dissection of each patient was used as control for genetic analysis.

The tissue samples were reviewed by two pathologists, and the tumor areas on hematoxylin-eosin stained slide were determined for microdissection and subsequent DNA sequencing. Five 10 μm FFPE sections from each block were deparaffinized and the DNA was extracted using QIAamp DNA FFPE Tissue Kit (Qiagen, Germany). Quality and quantity of the purified DNA were measured using the Qubit and Nano-Drop platforms (Thermo Fisher Scientific, USA).

In order to investigate the correlation between TP53 mutations and GDF15 protein expression in the biopsy samples from OSCC patients, the gene status of TP53 was classified as wild-type TP53, low risk TP53 and high risk TP53 according to the method of Evolutionary Action (EAp53) [23, 28, 29].

Sanger sequencing was used to confirm the DNA variants derived from the PGM. Sequence variants were compared with dbSNP, 1000 Genomes, ClinVar database, COSMIC, 5000Exomes, OMIM, and Pfam. SIFT, Polyphen, Phylop, and Grantham score were used to estimate evolutionary conservation and the effects of the amino acid substitution on the structure and function of the protein.

Immunohistochemistry was performed as previously described [10]. Briefly, sections were incubated with the rabbit polyclonal antibody against GDF15 (1:100) (Abcam, UK) overnight at 4°C and visualized using 3,3′-diaminobenzidine (DAB) detection kit (Dako Cytomation, Denmark) containing goat secondary antibody molecules against rabbit immunoglobulin and DAB chromogen. Negative control was performed by using PBS instead of anti-GDF15 antibody. Two pathologists performed blind examination with a microscope. The GDF15 positive proportion score was the percentage ratio of positive GDF15-stained tumor cells to the total number of tumor cells, classified as: 0 (0%), 1 (1–10%), 2 (11–50%), 3 (51–80%), 4 (>80%). The GDF15 intensity score was the staining intensity by visual assessment and was scored as: 0 (negative), 1 (weak), 2 (moderate), and 3 (strong).

Overall survival was calculated from the date of pathological diagnosis to the date of death; disease-free survival/locoregional recurrence-free survival/distant metastasis-free survival were calculated, respectively, from the date of pathological diagnosis to recurrence/locoregional recurrence/distant metastasis or death from any cause. For descriptive analysis, categorical data were expressed as number and percentage. Chi-square test was applied to compare the difference between the baseline characteristics and GDF15 mutation and expression. The survival analysis was conducted using the Kaplan-Meier method. Hazard ratios (HR) were calculated using the Cox proportional hazards model. All hypothesis-generating tests were two-sided at a significance level of 0.05. Data were analyzed with the statistical software SPSS18.0 for Windows (SPSS Inc., USA).