The long-term survival of non-small cell lung cancer (NSCLC) after surgical resection remains low due to the complex biological characteristics and high recurrence and metastasis [1]. Five-year survival rates for surgically resectable NSCLC are still unsatisfactory and range from 19% for stage IIIA to 63% for stage IA [2]. Therefore, the identification of predictive and/or prognostic markers is important to stratify patients with resected NSCLC and select high-risk patients who should receive aggressive adjuvant chemotherapy.

Twelve studies with 25138 NSCLC patients were included in this meta-analysis. These studies were conducted ranged from 2011 to 2015. The median follow-up duration ranged from 1.8 to 17 years. The quality score ranged from 6 to 9. The characteristics of included studies were showed in Table 1. 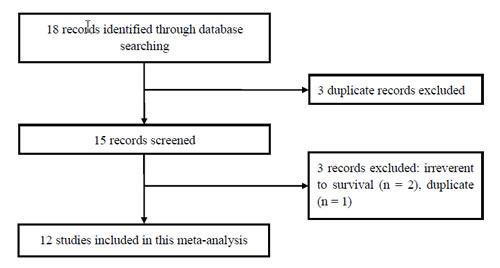 Figure 1: The selection of included studies.

Table 2: Results of the meta-analysis. 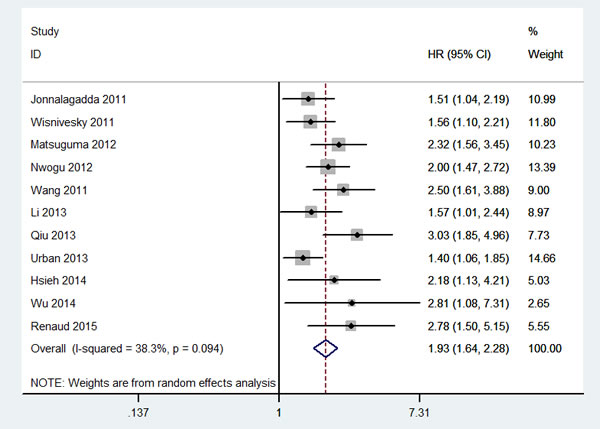 Figure 2: Meta-analysis of the association between LNR and OS. 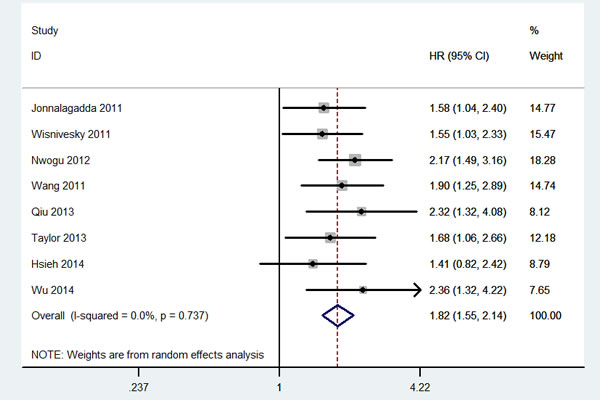 Figure 3: Meta-analysis of the association between LNR and DSS. 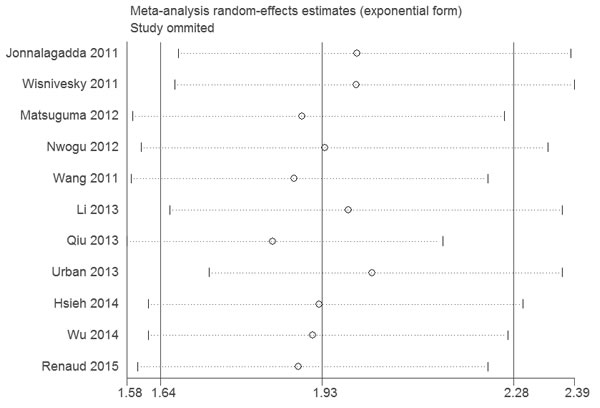 Figure 4: Sensitivity analysis of the association between LNR and OS. 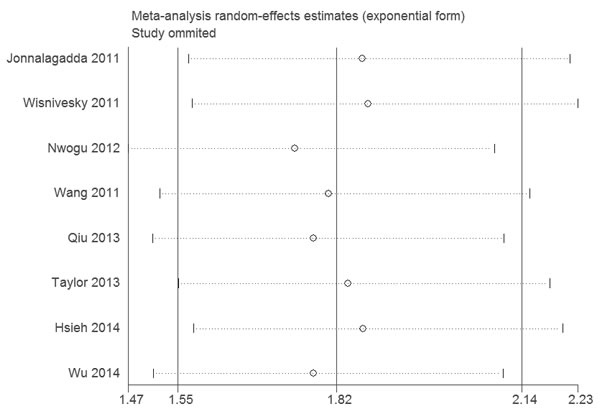 Figure 5: Sensitivity analysis of the association between LNR and DSS. 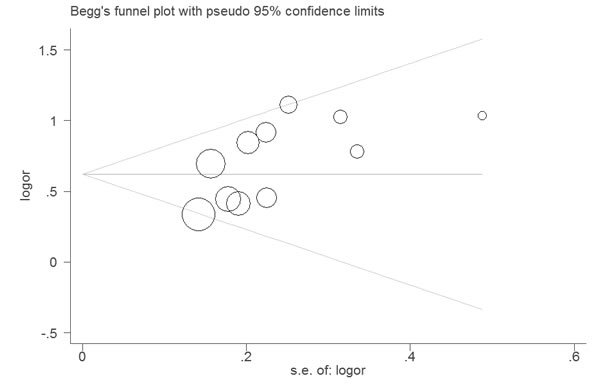 Figure 6: Funnel plot of the association between LNR and OS. 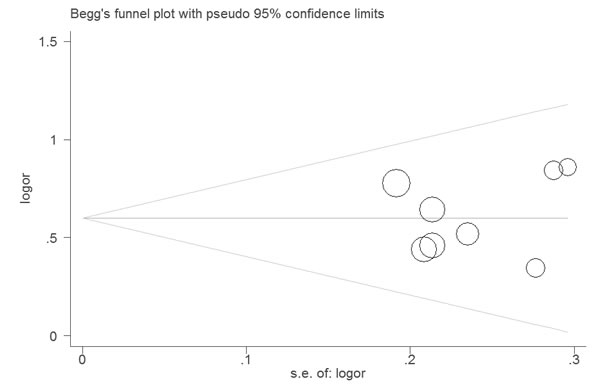 Figure 7: Funnel plot of the association between LNR and DSS.

Our study had some advantages. First, this is the first meta-analysis about LNR and outcome of NSCLC. Second, the statistic power is well enough for this meta-analysis. However, this study also had several limitations. First, all the included studies were observational retrospective investigations. Second, lacking of the original data of the eligible studies limited the evaluation of the effects of LNR on different populations, such as smoker and non-smoker, adenocarcinoma and squamous cell carcinoma. Third, although we performed an extensive review of the main electronic databases, we cannot be sure to have included all relevant studies.

In conclusion, this meta-analysis indicated that LNR was an independent predictor of survival in patients with NSCLC.

PubMed, Embase, and the Cochrane Register of Controlled Trials were searched for relevant studies published up to July 2015. The following terms were used: (“NSCLC” or “lung cancer” or “non-small cell lung cancer”) and (“lymph node ratio” or “LNR”). The MeSH terms were used: “Lung Neoplasms” or “Carcinoma, Non-Small-Cell Lung”. No language restrictions were imposed. References from relevant articles, including review papers, were also reviewed.

Studies were included in the meta-analysis if they fulfilled the following inclusion criteria: 1) study design: cohort studies; 2) population: patients with NSCLC; 3) primary outcome: the relationship between LNR and disease-specific survival (DSS) and overall survival (OS). Abstract, case reports, review articles, experimental studies and commentary articles were excluded. Eighteen studies were searched from PubMed, Embase, and the Cochrane Register of Controlled Trials. However, four duplicate studies and two studies without of survival were excluded. At last, twelve studies were selected for this meta-analysis.

Two investigators reviewed and extracted information independently from selected publications in accordance with the above mentioned inclusion and exclusion criteria. Any conflicts over study/data inclusion were settled by a discussion between the investigators. The following items were extracted from each study if available: first author, year of publication, age, T stage, N stage, sample size, follow-up years, and covariates.

Two authors completed the quality assessment independently. The Newcastle-Ottawa Scale (NOS) was used to evaluate the methodological quality, which scored studies by the selection of the study groups, the comparability of the groups, and the ascertainment of the outcome of interest. We considered a study awarded 0-3, 4-6, or 7-9 as a low-, moderate-, or high-quality study, respectively.

We estimated the hazard ratio (HR) with 95% confidence interval (CI) for primary outcome. The multivariable-adjusted HRs with 95% CIs were pooled in this analysis. Heterogeneity of the combined studies was assessed with Cochran’s Q-statistic test and I2 test. The P value of Cochran’s Q-statistic of below 0.05, was considered statistically significant heterogeneity. The I2 test provides a measure of the degree of heterogeneity in the results. Typically, values of 0~25% are considered to represent no heterogeneity, 25~50% to modest heterogeneity, 50~75% to large heterogeneity and 75~100% to extreme heterogeneity. A random effects model was applied. Subgroup analysis and sensitivity analysis were performed. Sensitivity analyses were conducted to assess the strength of our findings by excluding one study at a time. Publication bias was investigated by Egger’s test. All statistical analyses were performed with STATA 11.0 software.