Breastfeeding and the incidence of endometrial cancer: A meta-analysis

Several epidemiological studies have investigated the association between breastfeeding and endometrial cancer (EC). However, the results of the studies are controversial. Thus, we conduct this meta-analysis to explore the association between breastfeeding and EC and to evaluate the possible does-response relationship between duration of breastfeeding and EC. PubMed, Web of Science, Chinese National Knowledge Infrastructure, China biology medical literature database, Wan fang databases and Database of Chinese Scientific and Technical Periodicals were searched for eligible observational studies up to 11 July 2015. Random effects model was used to calculate the pooled relative risks (RRs) and restricted cubic spline model was adopted for the does-response analysis.

Endometrial cancer (EC) is one of the most common malignancies among women. There were 320,000 new cases diagnosed in 2012 worldwide [1, 2], and the numbers of new EC cases and deaths were on the increase [1, 3, 4]. Present studies indicate that genetic factors, anthropometric factors and life style factors may be related to EC risk [5–7]. EC is thought to be caused by the continuous stimulation of estrogen [8], so conditions related to estrogen may alter EC risk, such as menstrual history, parity and exogenous hormones [9–11].

Breastfeeding is an essential biological function of humans and the beneficial effects of breastfeeding for both mother and child are widely acknowledged [12–14]. Meta-analyses found that breastfeeding was associated with breast cancer, ovarian cancer and childhood leukemia [15–17]. Breastfeeding may influence the risk of EC, because of the hormonal changes during breastfeeding.

We identified 9109 articles by the search strategy and 3 articles by searching reference lists, of which 9000 articles were excluded after review of the title/abstract or which were duplicated (Figure 1). One hundred and twelve full-text articles were reviewed. We further excluded 97 articles that did not provide RRs concerning the relation between breastfeeding and EC. Eventually 15 published articles [18–32] with 623570 participants were included in this analysis, of which 8 studies [19, 21–23, 25–27, 30] provided different duration of breastfeeding for the does-response relationship. The detailed characteristics of the 15 studies are shown in Table 1. 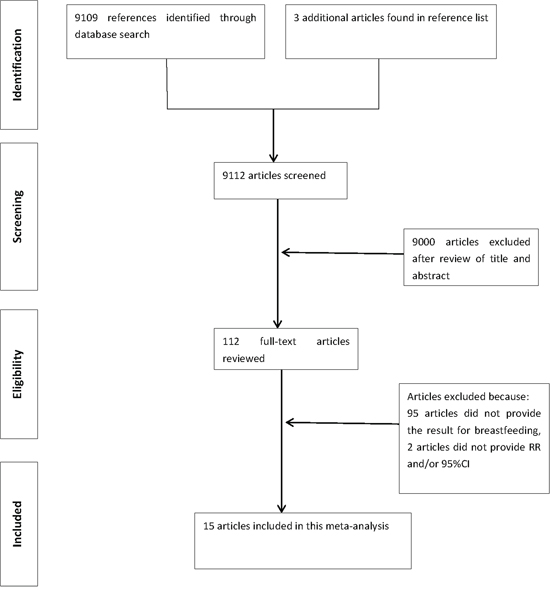 Figure 1: Flowchart of the selection of studies included in the meta-analysis.

Table 1: Characteristics of studies included in the meta-analysis of breastfeeding and endometrial cancer 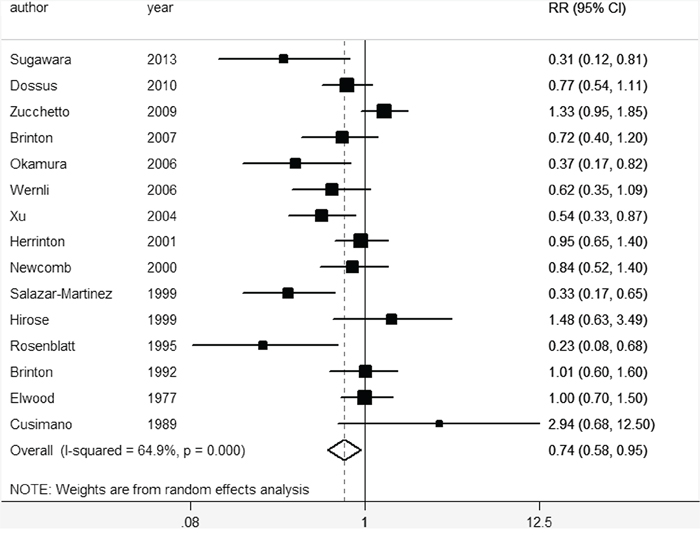 Figure 2: Forest plot for the pooled relative risk of breastfeeding for EC. 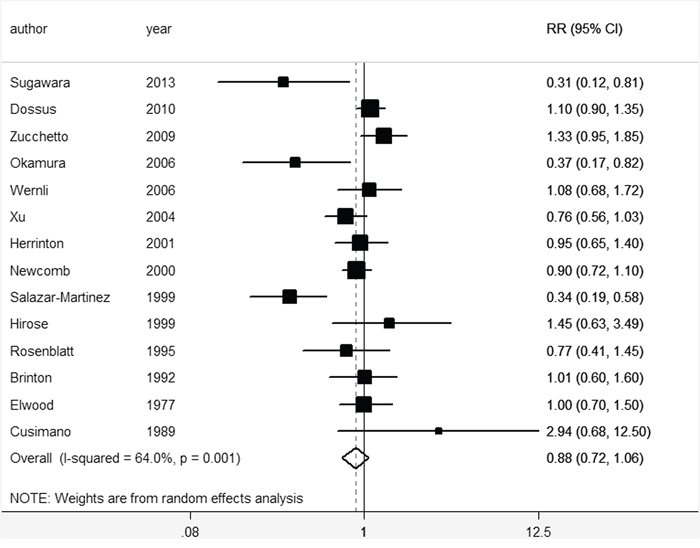 Figure 3: Forest plot for the pooled relative risk of breastfeeding for EC (the ever breastfeeding compared with the reference group).

Subgroup analysis by adjustment for covariates

We found no significant association in stratified analysis by adjustment (yes or no) for the following covariates: postmenopausal hormone replacement therapy use, oral contraceptive use, body mass index (BMI), menarche age and menopausal status. Moderate or lower between-study heterogeneity was found in all analyses. Table 2 showed the results from all analyses.

Table 2: Pooled measures on the relation of breastfeeding and EC 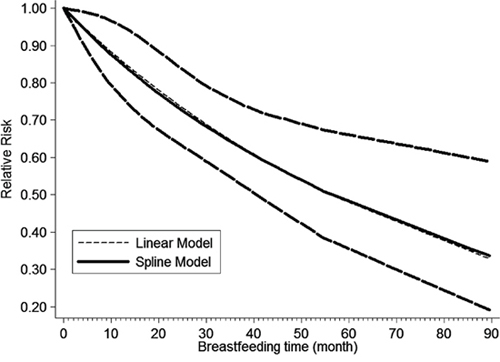 Sources of heterogeneity and sensitive analysis

Moderate between-study heterogeneity was found in this analysis. Exploratory univariate meta-regression was performed with the covariates of published year, study area, study type, cases and sample size. However, results showed that no covariate had a significant impact on between-study heterogeneity (published year: p = 0.354, study region: p = 0.879, study type: p = 0.441, cases: p = 0.143, sample size: p = 0.911). The ‘leave one-out’ sensitive analysis [33] was carried out to assess the key studies contributed to this high between-study heterogeneity. After excluding three articles conducted by Rosenblatt KA et al [21], Salazar-Martinez E [22] and Zucchetto A [29], no significant heterogeneity (I2 = 42.1%, p > 0.05) was found, and the pooled RR was 0.78 (95% CI 0.64–0.96).

No individual study was found to have excessive influence on the pooled effects for conclusion (specific data were not provided). 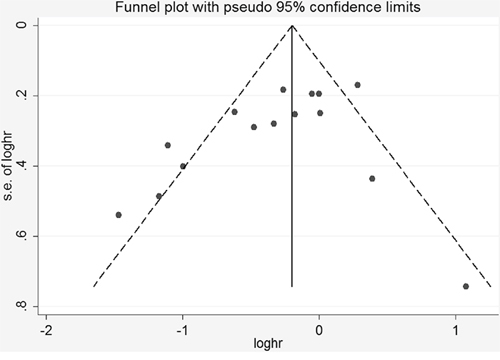 Figure 5: Funnel plot for the analysis of breastfeeding and EC risk after removing three studies that had a strong effect on heterogeneity.

Several hypotheses have been provided to describe the association between breastfeeding and EC. In general, EC is related to female hormones [35–37]. When endometrium is continuously stimulated by estrogens, mitotic activity is promoted. The increasing possibility of genetic mutations results in a carcinoma eventually [38, 39]. During lactation, pituitary and ovarian hormones are suppressed [40, 41], reducing stimulation of the endometrium by estrogen [42]. Another hypothesis that has been raised to explain endometrial carcinogenesis is the “unopposed estrogen” hypothesis [43]. It asserts that a high level of estrogens stimulates cells proliferation of the endometrium, when they are not counterbalanced by progesterone [42]. During breastfeeding the decline of estrogen is more significant than that of progesterone [40], so estrogen is opposed by progesterone. Overall, breastfeeding may alter EC risk through the hormonal [44]. On the other hand, longer duration of breastfeeding could strongly decrease the risk of overweight [45], which could subsequently and substantially increase the risk of endometrial cancer [46].

A major strength of this meta-analysis is the large number of included participants, allowing us to get the stable results. Second, most included studies had adjusted for potential confounders, increasing the credibility of the results. Third, dose–response analysis was performed to better describe the association of breastfeeding time with EC risk. In addition, the subgroup analysis by study design strongly identified the effect of breastfeeding on EC, the pooled RR of cohort studies was 0.62 (95% CI 0.41–0.94).

However, the limitations of our study should also be considered. First, further adjustments need to be conducted to clarify the independent role of breastfeeding to EC. Second, the adjustment factors of each study were different. Third, majority studies of this analysis were case-control design. Considering the recall bias of case-control studies, the effect of breastfeeding on EC requires confirmation in large cohort studies.

The initially relevant studies from PubMed, Web of Science, Chinese National Knowledge Infrastructure, China biology medical literature database, Wan fang databases and Database of Chinese Scientific and Technical Periodicals were identified up to 11 July 2015. All the articles were restricted to English or Chinese language. The following strategy was used in this search: ((((((reproductive) OR reproduction))) OR ((breastfeeding) OR lactation))) AND ((endometrial cancer OR endometrial neoplasm OR endometrial carcinoma OR uterine corpus)). In addition, the reference lists from retrieved articles were also reviewed to identify relevant studies [34, 46].

All studies were reviewed independently by the first and the second authors. If the two authors disagreed about the eligibility of an article, it was resolved by consensus with the third author. The studies must meet the following inclusion criteria: (1) case-control or cohort studies published as original studies to evaluate the association between breastfeeding and risk of EC incidence. (2) Odds ratio (OR), relative risk (RR) or hazard ratio with 95% confidence interval (CI) were available. (3) The number of cases and participants or person-years for different duration of breastfeeding must be provided in order to do the dose–response analysis. If multiple articles were published from the same study, we choose the complete one or the study which can provide sufficient detail of data.

The following items were extracted from each study: the first author's name, sample size, EC cases, study type, publication year, continent, follow-up years for cohort studies, adjustment for potential confounding, RRs and 95% CIs (we presented all results with RR for simplicity). We extracted RRs adjusted with the most confounders. For dose–response analysis, the number of cases, participants (person-years), and RR (95% CI) for each category of breastfeeding were extracted, as well as the different duration of breastfeeding [48]. The study quality was assessed using the Newcastle-Ottawa quality assessment scale.

Meta regression and subgroup analyses were conducted to explore the possible sources of between-study heterogeneity. The restricted maximum likelihood method (REML) was used to estimate the additive (between-study) component of variance tau^2 in meta-regression. The ‘leave one-out’ sensitive analysis [33] was carried out to evaluate the key studies. Influence analysis was performed to validate the stability of outcomes by removing one study at a time. Publication bias was assessed by visual inspection of the funnel plot and Egger's test [51].

For the does-response analysis, the method described by Orsini et al [52] was used. A two-stage random-effects dose–response meta-analysis was performed to compute the trend from the correlated log RR estimates across duration of breastfeeding. First, we created a restricted cubic spline model with three knots at the 10 th, 50 th, and 90 th centiles. Then the REML method was used to combine the study-specific estimates in a multivariate random-effects meta-analysis [53]. By testing the null hypothesis that the coefficient of the second spline is equal to 0, p value for nonlinearity was calculated. All statistical analyses were conducted by Stata V.12.0 (Stata Corp, College Station, Texas, USA). A 2-sided and a p < 0.05 was considered statistically significant.