Metastatic soft tissue sarcomas (STS) represent enormous challenges to improve the low survival rate, which is almost the same as past 2 decades ago. Prognosis of cancer patients are based not only on tumor-related factors but also on host-related factors, particularly systemic inflammatory response. We evaluated the association among possible risk factors and survival for metastatic STS by reviewed a single-institution nearly 50-year experience. We found that both monocyte ratio and NLR ratio were significant prognostic predictors for OS and PFS of metastatic STS. And patients with monocyte ratio or NLR ratio > 1 should be screened out as candidates for more intensive or aggressive multimodality treatments and more aggressive follow-up. For this reason, this result could serve as a basis for future prospective study.

Soft tissue sarcomas (STS), arising from almost any embryonic mesodermal tissue, account for nearly 1% of newly diagnosed malignancies annually [1]. Under multimodality treatment, patients with localized disease have estimated 5-year survival rates of about 70% [2–4]. However, metastatic STS, constituting approximately 40% of metastatic osteosarcoma and also the second most common cause of pulmonary metastatic disease, still represent enormous challenges to improve the low survival rate [5, 6]. Despite advances in chemotherapy, radiation therapy and surgery, the three year survival of patients with metastatic sarcoma is 20–45%, which is almost the same as past 2 decades ago [6–9].

Nowadays, increasing data indicated that prognosis of cancer patients are based not only on tumor-related factors but also on host-related factors, particularly systemic inflammatory response [10, 11]. As a significant indicator patients’ inflammation status, neutrophil/lymphocyte ratio (NLR) was proved as an predictor of prognosis in colon cancer, lung cancer, and liver cancer [12–16]. Increased counts of neutrophils and/or decreased counts of lymphocytes might serve as suppressor of lymphokine-activated killer cells, which could increase the propensity to metastasis [17]. Recent studies have illustrated that circulating monocyte count could be an independent risk factor of poor prognosis in various cancers [18, 19].

Our aim of this study is to determine whether possible risk factors (age, sex, size of primary tumor, tumor depth, pathological subtypes, pathological grade, monocyte ratio and NLR ratio) were associated with survival for metastatic STS.

Table 1: Clinicopathological correlation of monocyte ratio and NLR ratio and in Patients with Metastatic STS 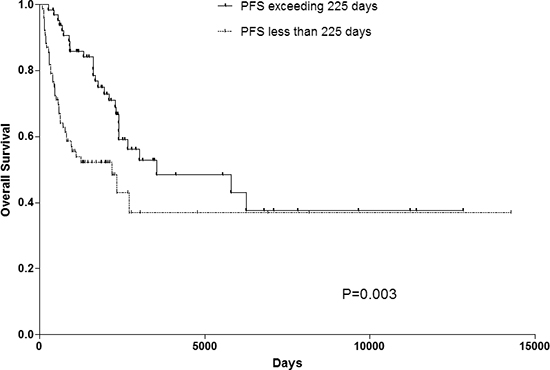 Table 2: Univariate analysis of prognostic factors for OS and PFS in patients with Metastatic STS

Due to the reason that NLR is also an independent prognostic factor for some diseases, such as coronary artery disease (CAD), hypertension, diabetes and cerebrovascular disease. The effect of those diseases were evaluated on both NLR group and monocyte group (Supplemental Table S1).

This series of patients represents a single-institution nearly 50-year experience in the management of metastatic STS. As an important subgroup of STS [21, 22], metastatic STS still have an unsatisfying prognosis, despite of continuous treatment development [23–25]. Similar to localized disease, metastatic STS incorporates heterogeneous groups with different pathological subtypes or tumor sites, which result in broad prognostic spectrums. Previous studies reported little prognosis improvement of metastatic STS in last decades [23–25]. This is why we set out to determine whether possible risk factors, such as age, sex, primary tumor site, size of primary tumor, tumor depth, pathological subtypes, pathological grade, Monocyte ratio or NLR ratio, could predict either PFS or OS in patients with metastatic STS.

Publications have already shown that both the intrinsic characteristics and environment of tumor affected the invaded and metastatic ability [26]. Abnormal tumor phenotype may stimulate inflammatory cells flowing into tissues around the tumor. In addition, generalized and nonspecific inflammatory response could be triggered by generalized and nonspecific inflammatory response and following tissue destruction and disruption [27]. Evidence indicated an association among systemic inflammatory response, progressive nutritional and functional decline in cancer victims, and poor prognosis, which could be partly interpreted by insidious cancer progression activating innate immunity [10, 28].

A correlation between the increasing monocytes, neutrophils and decreasing lymphocytes and inflammation-induced tumor growth and progression via various growth and pro-angiogenic cytokines has been observed and proved, although immunosuppression is common in the cancer population [29–33]. 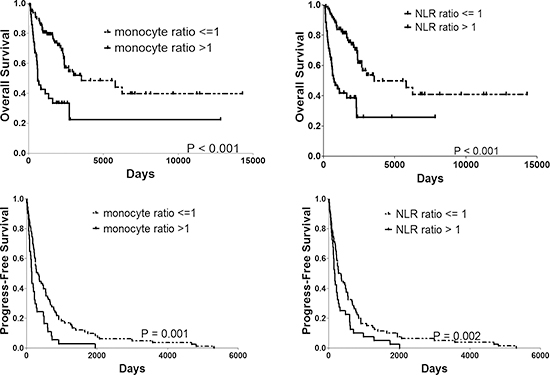 Table 3: Multivariable analysis of prognostic factors for OS and PFS in patients with Metastatic STS

Sarcomas, since at least as far back as 1891, have been suspected to have a relationship to the immune system [42]. Many sarcomas express highly immunogenic antigens, such as neo-antigens from specific translocations, cancer/testis antigens and microphthalmia transcription factor, and even the fusion proteins themselves, which could be seen as foreign by immune system and used as target of immunotherapy [43–45]. Over the past several years, various advances including tumor vaccination, adoptive cell transfer, biochemotherapy, and immune checkpoint blockade are rapidly emerging and benefiting sarcoma patients [46–48]. Preliminary result of dendritic cell vaccines suggested the tolerance and inducing immune response of tumor vaccination. Recombinant NY-ESO-1 intranodal injection before sirolimus indicated superior anti-tumor efficacy of mTOR inhibition through promoting CD8+ T-cell memory responses [49]. Takahashi treated 20 refractory sarcoma patients by employing 15 tumor-associated antigens with totally 31 peptides [50]. An objective clinical response in four of six patients with synovial cell sarcoma was obtained after adoptive transfer of autologous T-cells transduced with TCR against NY-ESO-1 [44]. One patient with epithelioid sarcoma was reported to be treated with expanded lymphocytes and natural killer cells [51]. Interleukin-2 therapy was used in angiosarcoma, although results of clinical trials were not yet available [52]. Ipilimumab, anti-CTLA-4 antibody, was halted for poor accrual in synovial sarcoma in a previous study [53]. Clinical trials of sarcoma-specific PD-1 targeted agents are still in the planning stages [54].

Several limitations remain in this study. First, all the data were retrospectively collected, thus clinical and survival comparison might be influenced by selection bias due to its retrospective nature. Second, a relatively small number of each histologic subtype was examined in this study, due to the reason that metastatic STS are extremely rare. It is substantial that the result of histologic subtypes not predicting PFS or OS might be caused by a Type II error. Although, we have enrolled sufficient number of metastatic STS to identify differences in other prognostic factors. Third, the monocyte phenotype or molecular information were not analyzed, which was cause by lack of these information in our retrospective data. Fourth, other systemic inflammatory immune index, such as C-reactive protein or albumin, which were known as prognostic factors [55], also absent in our retrospective data.

This study was approved by the institutional review board of Sun Yat-sen University Cancer Center (SYSUCC) and informed consent was obtained from each participant. Chart review was performed on 154 consecutive patients who suffered from STS with metastases between July 1965 and May 2013. Only patients with metastatic STS were included in current study, whereas those with osteosarcoma were not. Under these criteria, 142 of the 154 patients were enrolled in the final analysis. 12 patients with STS were excluded from analysis because of incomplete records. Characteristics of patients and tumors at initial diagnosis of STS and development of metastases were collected and tested for relationships with progress free survival (PFS) and overall survival (OS). The following factors were studied: patient age, sex (male vs. female), primary tumor size, and tumor depth (superficial vs. deep) at diagnosis. WHO classification [20] was used for determination of pathological diagnosis and tumor grade. All data were reviewed and confirmed by two independent pathologists.

The data are presented as the number (%) or median (range) unless otherwise stated. The Pearson χ2 test and Fisher's exact test were used for categorical data, and an independent sample t-test or the Mann–Whitney U test were used for numerical data.

In current study, both monocyte ratio and NLR ratio were found to be significant prognostic predictors for OS and PFS of metastatic STS. Additionally, it was strongly believed that patients with monocyte ratio or NLR ratio > 1 should be screened out as candidates for more intensive or aggressive multimodality treatments and more aggressive follow-up. For this reason, this result could serve as a basis for future prospective study in selecting high risk patients for candidates for more aggressive multimodality treatments and more intensive follow-up and setting up a predicting model by subtyping the populations of monocytes or lymphocytes.