This article has been corrected: In Figure 2C, in the column labeled ‘4GY’, the picture of Indocin- is mistakenly identical to the picture for Indocin+. The corrected Figure 2C, obtained using original data, is shown below. The authors declare that these corrections do not change the results or conclusions of this paper. 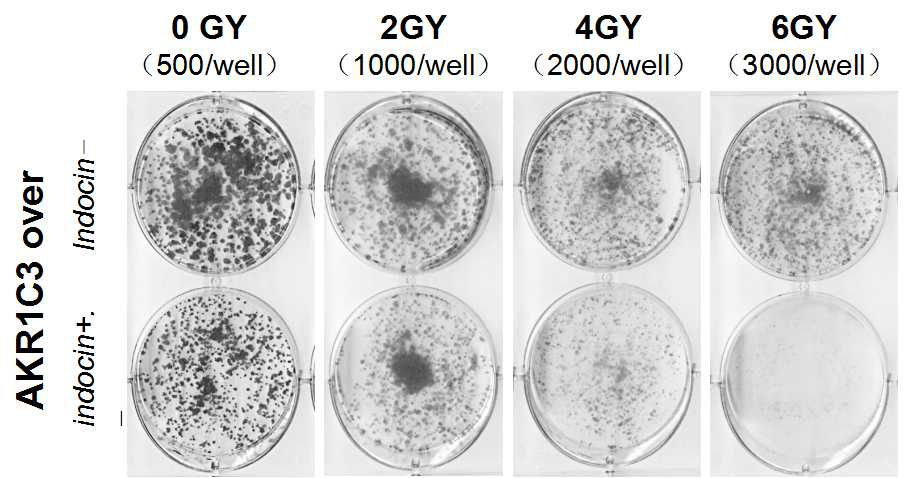