This article has been corrected: In Figure 3C, cells were stained with propidium iodide (PI) and nuclei were counterstained with “Hoechst” stain. Cells were then analyzed using fluorescence microscopy at 200x magnification, as shown in the left panel. However, in the lowest left picture of Figure 3C (left panel, condition “Medium; siRIPK1+3”), the correct PI stain was mistakenly merged with a false Hoechst counterstain picture. Erroneously, the Hoechst stain photograph representing “PolyIC; siRIPK1+3” was used. Thus, for both conditions (“Medium” and “PolyIC”), the pictures look identical for blue nuclear staining (Hoechst) but different for red staining (PI). The corrected Figure 3 is shown below. The authors declare that these corrections do not change the results or conclusions of this paper. 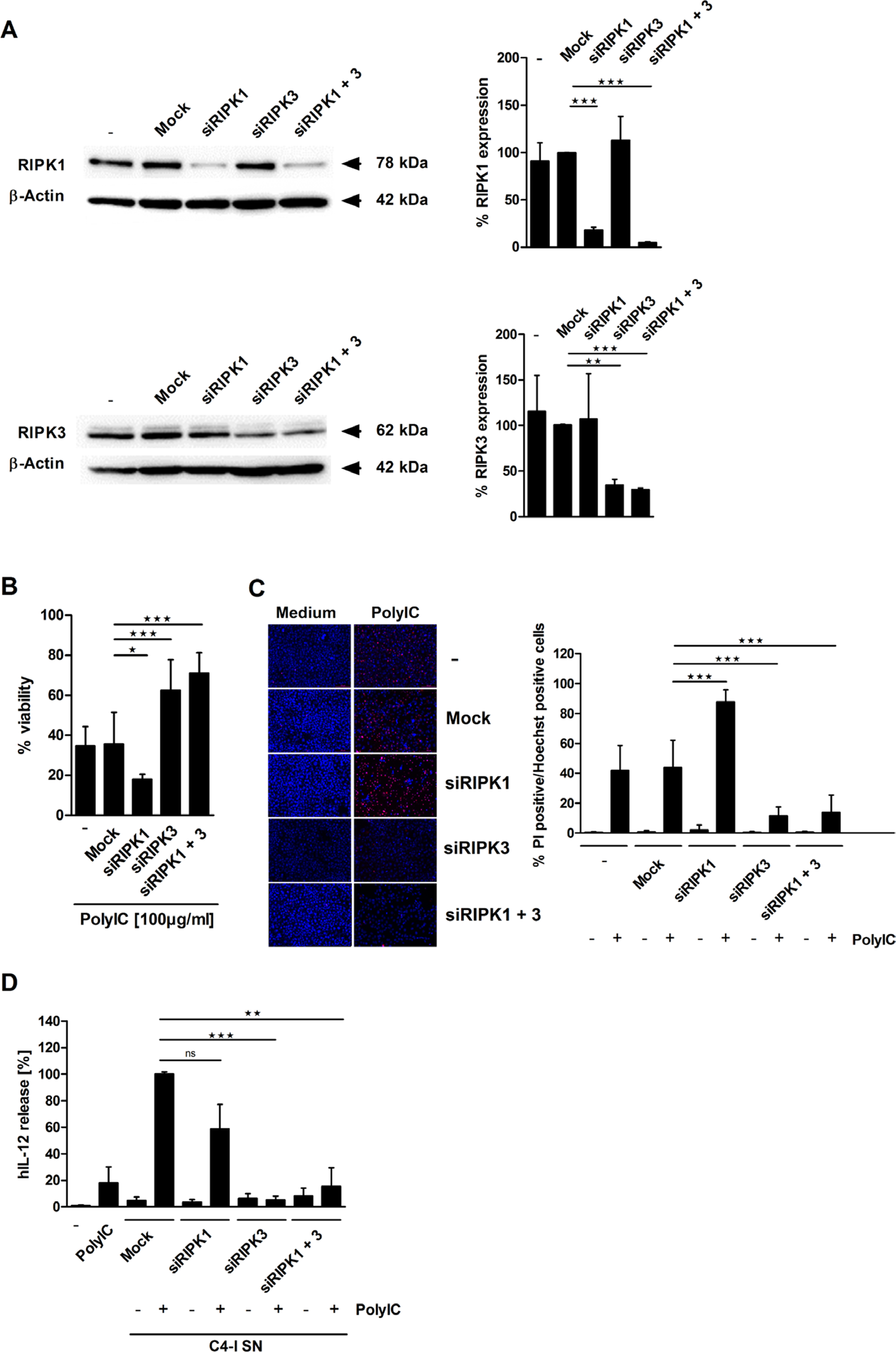