Second-line treatment after sunitinib therapy in patients with renal cell carcinoma: a comparison of axitinib and mammalian target of rapamycin inhibitors

The replacement of cytokines with molecular-targeted drugs has achieved prolongation of overall survival (OS) in the treatment of metastatic renal cell carcinoma (mRCC) [1, 2]. An increase in the molecular-targeted drug alternatives is the underlying reason for the prolongation of OS [3–8]. Interestingly, sequential therapy using these drugs has been studied and has been reported that prognosis was better when sunitinib was switched to sorafenib, rather than to temsirolimus. In other words, tyrosine kinase inhibitor (TKI)-TKI sequence therapy is superior to TKI-mammalian target of rapamycin (mTOR) inhibitor therapy [9]. Recently, in Japan, it is a common practice to use sunitinib as the first-line treatment, followed by axitinib [10]. This is supported by the AXIS trial that demonstrated the contribution of axitinib to the prolongation of progression-free survival (PFS) was higher than that of sorafenib as the second-line treatment following sunitinib [11]. Additionally, a study in Japan revealed that the median OS was 27 months in patients treated with axitinib as the second-line treatment [12]. However, it should be noted that these studies reported outcomes from the second-line treatment and do not indicate the OS after the initiation of sunitinib. To elucidate the importance of sequential therapy, it is important to calculate the OS from baseline treatment. Therefore, we conducted this study to compare the outcomes of the sequential therapy that used sunitinib followed by either axitinib or mTOR inhibitors and clarify the outcomes of sequential therapy in the real-world setting.

Table 1 shows the characteristics of the study population. Among 234 patients treated with molecular-targeted drugs for mRCC, 137 patients were treated with sunitinib as the first-line therapy.

Table 1: Characteristics of the study population and treatments (n = 234)

Treatment effects of sunitinib and sorafenib

Effects of second-line treatment with axitinib or mTOR inhibitors

Table 2 shows the characteristics of the patients treated with sunitinib, followed by either axitinib (10 mg per day administered orally, with allowed dose escalation of up to 20 mg) or mTOR inhibitors (everolimus, 10 mg per day administered orally or temsirolimus, 25 mg per week administered via intravenous drip) as the second-line treatment. The treatment with axitinib significantly prolonged the PFS (median 8.7 months) compared with that by mTOR inhibitors (median 3.4 months; p = 0.001) (Figure 1a). Similar effects were observed with respect to OS after the initiation of sunitinib when treatment with axitinib (median 69.5 months) was compared with mTOR inhibitors (median 33.4 months; p = 0.034) (Figure 1b). 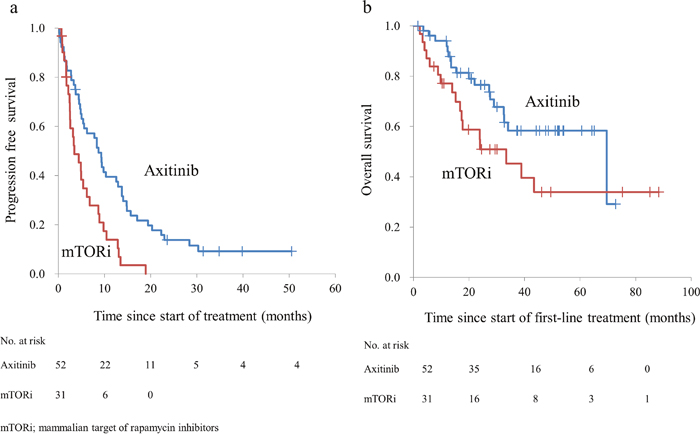 Table 2: Characteristics of patients treated with sunitinib followed by the second-line treatments (n = 83)

Table 3: Results of Cox proportional stepwise multivariate analysis for the association between the variables and overall survival

Among the patients (n = 83) who received second-line treatment, 35 patients died. The results of multivariate analysis revealed that the treatment drugs (axitinib or mTOR inhibitors) and the MSKCC risk classification were independent prognostic factors.

In this study, we found that in patients initially treated with sunitinib, axitinib had a superior OS than mTOR inhibitors when administered as the second-line treatment. In the RECORD-1 trial, everolimus significantly prolonged the OS compared with the placebo [6]. However, in the AXIS trial, axitinib significantly prolonged the PFS but failed to show a significant effect on the OS [7]. Everolimus and axitinib are not comparable because different comparators were used in these trials. Hutson et al. compared sorafenib and temsirolimus as the second-line drugs and found that the former was superior [9]. However, to the best of our knowledge, our study is the first that proved the superiority of axitinib as the second-line treatment in Asian population, although two retrospective studies have revealed that axitinib and everolimus as the second-line drugs have similar effect in Caucasians [13, 14].

The MSKCC [19] and the International Metastatic Renal Cell Carcinoma Database Consortium risk classification [20] are widely used for the prognostic prediction of mRCC, and their efficacy has been reported [21, 22]. Our study focused on patients treated with sunitinib as the first-line drug and reconfirmed that the stratification of survival rate using the MSKCC risk classification was the independent prognostic factor. We hypothesized that it is necessary to take into consideration the risk classification at baseline to select an appropriate drug when proceeding to the second-line treatment. Patients who are classified into the favorable group or the intermediate group, based on the risk classification at baseline, should select a drug that has a high anti-tumor effect as they have longer survival than those classified into the poor group. It has also been reported that with both the first-line [23] and second-line treatments [24, 25], the OS was longer in patients treated with a drug with high cytoreductive effect. Miyake et al. reported that axitinib has a superior cytoreductive effect when administered as a second-line treatment drug [12]. Taken together, axitinib is thought to be a superior second-line treatment drug than the mTOR inhibitors.

This was a retrospective study and had certain limitations. We used Cox proportional stepwise multivariate analysis to evaluate the association between several factors and OS. However, the sample size was too small to use this analysis and this was a retrospective study. Everolimus and temsirolimus were used for patients receiving mTOR inhibitors as the second-line treatment. Iacovelli et al. reported a significant difference between these drugs as the second-line treatment [26]. Patients treated with second-line molecular-targeted drugs were selected according to the judgment of the attending physician. Notably, treatment selection bias may be present.

During recent years, it has been reported that nivolumab significantly prolonged the OS compared with that by mTOR inhibitors [27], and it has been recommended as a second-line drug. However, in the absence of studies comparing axitinib with nivolumab, a suitable second-line treatment remains unclear. Although the number of cases in which nivolumab is used as a second-line drug is increasing, it is limited and the follow-up period is short. Further studies are required to investigate potential second-line treatment drugs.

Since 2008, 234 patients received molecular-targeted drugs for the treatment of mRCC at the Osaka City University. From this group, we retrospectively analyzed patients (n = 212) administered sunitinib or sorafenib as the first-line treatment. Further, we examined the differences between the TTF and OS in patients who were treated with each drug. Further, in patients treated with sunitinib as the first-line treatment (n = 137), we analyzed the differences in the PFS and OS of patients treated with either axitinib (n = 52) or mTOR inhibitors (everolimus, n = 20 or temsirolimus, n = 11) (n = 31) as the second-line treatment. Patients treated with the second-line molecular-targeted drugs were selected according to the judgment of the attending physician due to the AEs of sunitinib or other complications. Permission to access the database to review the medical records of patients was obtained from the Local Research Ethics Committee at Osaka City University (approval number 3441).

The OS was classified based on the following four factors to perform the univariate and multivariate analyses: the type of second-line treatment, MSKCC risk classification at initial treatment, whether the first-line drugs were discontinued due to AEs, and whether the response duration of sunitinib was less or more than 6 or 12 months, respectively. The factor 'response duration of sunitinib' was analyzed at either 6 or 12 months.

Response assessment was performed by computed tomography or magnetic resonance imaging scans every 10–12 weeks and evaluated according to the Response Evaluation Criteria in Solid Tumors (RECIST) v.1.1.[28].

All statistical analyses were performed using Microsoft Excel® (Microsoft, Redmond, Washington, USA). Differences in clinicopathological variables between axitinib and mTOR inhibitors were analyzed by the chi-squared analysis. The OS was estimated by Kaplan–Meier method, and the differences were determined using the log-rank test. Statistical significance was set at p-value <0.05.

Conception, design, and drafting of the manuscript: Satoshi Tamada.

Analysis and interpretation of the data: Satoshi Tamada and Sayaka Yasuda.

We would like to thank Ms. Ayako Akagi for data collection, Mr. Maehira (https://www.igaku-honyaku.jp/), and Editage (https://www.editage.jp/) for English language editing.