Background: Reliable biomarkers for renal cell carcinoma (RCC) have yet to be found. Circulating cell-free DNA (cfDNA) is an emerging resource for the diagnosis and prognosis of various cancers. This study aims to identify novel blood biomarkers for RCC.

Results: Median levels of cfDNA from RCC patients were significantly higher than those from healthy controls (3803 vs 2242 copies/ml, p < 0.001). Median fragment sizes of cfDNA in RCC patients were shorter than those in healthy controls (170 vs 171 bp, p = 0.052). To evaluate level of cfDNA as a diagnostic tool for RCC, ROC curve analysis revealed a sensitivity of 63.0% and a specificity of 78.1%. Multivariate analysis indicated that age, gender and the level of cfDNA were significantly associated with the presence of RCC (p < 0.001, p = 0.013, p < 0.001, respectively). Additionally, shorter cfDNA fragment size was negatively associated with progression-free survival (p = 0.006).

Conclusions: Our study demonstrates the diagnostic and prognostic potential of plasma cfDNA as a biomarker for RCC.

Blood-based tests, also known as liquid biopsy, can offer a potential alternative measure that overcomes the problems posed by traditional methods. Liquid biopsy such as circulating tumor cells or circulating cell-free DNA (cfDNA) constitutes a promising and less invasive technique [4]. However, no satisfactory blood-based markers for RCC currently exist, creating an urgent need for the identification of new molecular markers. CfDNA is released from both normal and tumor cells by different molecular processes, such as cell apoptosis, necrosis and secretion of genomic DNA fragments [5]. Generally, cfDNA fragment size falls within a range of multiples of 180 bp, consistent with the unit size of nucleosomes, similar to DNA from apoptotic cells [5, 6]. The abundance and relative fragmentation of cfDNA in blood can be a universal marker for RCC [7–13] as well as other malignancies [14], yet the precise cfDNA metrics that are most clinically relevant remain controversial, possibly because of the heterogeneity of the study backgrounds, which vary regarding clinical stage, tumor pathology, blood sample origin and the method of cfDNA measurements. In the present study, we analyzed the cfDNA profile of RCC patients to determine whether cfDNA can be a promising tool for diagnosis as well as a prognostic factor for RCC. We demonstrated that the level of cfDNA was associated with high sensitivity and specificity for diagnosis of RCC. We also demonstrated that shorter fragment sizes of cfDNA were highly correlated with worse prognosis for RCC patients. Collectively, these markers may lead to better alternative tools to track the clinical course of RCC patients.

The clinicopathological characteristics are summarized in Table 1. In total, 92 RCC patients were histologically diagnosed as clear cell RCC and subsequently enrolled in this study. The RCC cohort consisted of 72 male and 20 female, and the median age was 68 years (range 23–90 years). Seventy-nine patients had no metastases, and 13 had metastases upon diagnosis of RCC (lung 10, lymph node 4, bone 2 and pancreas 1). The median follow-up duration was 6.8 months (range 0.5–22.1 months). Global median plasma cfDNA concentration of RCC patients and healthy controls were 17.0 ng/ml (range 4.8–69.6 ng/ml) and 19.2 ng/ml (range 4.5–45.2 ng/ml), respectively (p = 0.252), indicating no significant difference between these groups.

The levels of plasma cfDNA increased in RCC patients 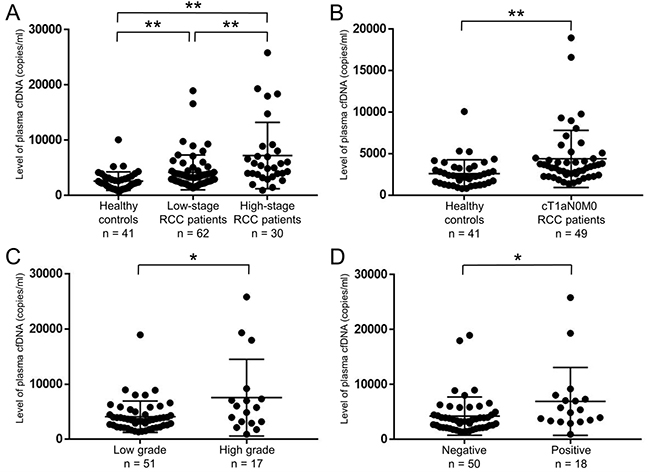 Table 2: Univariate and multivariate logistic regression analysis for the diagnosis of RCC (n = 133)

Currently, no reliable biomarkers for RCC have been identified that are both minimally invasive and informative for diagnosing early-stage disease. Recently, blood-based tests, also known as liquid biopsy, serve as potential alternatives to radiological tests and tissue biopsies. In particular, cfDNA is thought to reflect disease status [18] and has been shown to be advantageous for the diagnosis, prognosis and monitoring of several cancers [6]. For instance, cfDNA level was more accurate than classical tumor markers, such as carcinoembryonic antigen or carbohydrate antigen 19-9, in diagnosing colon cancer [19]. In addition to overall levels of cfDNA, another cfDNA parameter that may be clinically relevant is fragment size. Patients with melanoma and lung cancer had shorter fragment sizes of cfDNA than health controls [20], although this metric has been scarcely explored for clinical use. Accordingly, in this study we examined both the level and fragment sizes of cfDNA as potential novel markers for RCC.

Through the cfDNA analyses in this study, we have demonstrated several novel findings that may have utility in clinical settings. First, the level of plasma cfDNA can be applied as a diagnostic marker for RCC. The level of plasma cfDNA yielded a moderate AUC value of 0.762 for the diagnosis of RCC, much in line with previous reports [7, 9, 10]. Interestingly, the level yielded a mild AUC value (0.729) even for the diagnosis of cT1aN0M0 RCC. These results offer that cfDNA level is a helpful tool for the detection of RCC. Importantly, our data support the diagnostic potential of cfDNA level when assessed alongside other clinical parameters by multivariate analysis. Recent technological developments, such as digital PCR [21], could further facilitate determination of cfDNA level as absolute copy number. Future studies are needed to validate our results to diagnose RCC patients at earlier stages using such new technologies. Secondly, regarding the prognostic potential of plasma cfDNA, RCC patients in the “short cfDNA fragments” group (≤166 bp) showed a significant association with worse PFS, and this is consistent with our findings that shorter cfDNA fragment size was associated with more aggressive pathological features. In hepatocellular carcinoma patients, the size distribution of plasma cfDNA shifted to shorter fragments with an increasing proportion of tumor-derived DNA [15]. Combined with the previous report [15], our results suggested that the “short cfDNA fragments” group could have a greater proportion of tumor-derived DNA, indicative of greater tumor burden, and thus correlating with worse PFS. Of course, further studies are needed to examine this phenomenon.

There are some apparent limitations in this study. Our study was retrospective and had relatively short follow-up duration. Further investigations are needed to validate our results in larger numbers of patient by multi-institutional studies.

In conclusion, our results imply that the level and fragment size of plasma cfDNA have promising diagnostic and prognostic potential in RCC patients, respectively. Given that plasma cfDNA is easily collected from peripheral blood, these newly discovered markers can be convenient and precise tools for understanding RCC.

Between June 2015 and June 2017, a total of 92 patients with clear cell RCC were enrolled in this study. None of the patients had received systemic therapy such as molecular-targeted therapies or immunotherapies. All patients had no sign of other active cancers in study period. This study was approved by the Institutional Review Board of Osaka University Hospital (3397-12). All patients had provided written informed consent for the collection and analysis of blood samples.

Clinically, PFS was evaluated from the first blood sampling day to the last follow-up point or the detection of a progressive event according to RECIST 1.1 criteria on a computer tomography scan [22] on all RCC patients, irrespective of clinical metastasis status or whether surgical removal was performed. All patients were pathologically diagnosed by surgical resection sample or needle biopsy. Histological diagnosis was determined on the basis of standard hematoxylin- and eosin-stained sections. Two or more experienced senior pathologists assessed the pathological diagnosis by 7th American Joint Committee on Cancer TNM staging system [23], Fuhrman nuclear grade [24] and LVI [25]. Fuhrman nuclear grade and LVI were only assessed in surgical removal specimens.

Preparation of blood samples and cfDNA extraction from plasma

Whole blood (2.0–7.0 ml) was collected directly into EDTA tubes. Within three hours after collection, all blood samples were centrifuged sequentially at 900 and 20,000 gravity for 10 minutes each, and supernatants were stored at –80° C as plasma. Post-operative blood samples (n = 27) were collected at least 1 month after surgical resection of primary tumors to avoid the effect of surgical stress on cfDNA characteristics. CfDNA was isolated from 0.8–3.0 ml plasma samples using the QIAamp® Circulating Nucleic Acid Kit (QIAGEN, Hilden, Germany) according to the manufacturer’s protocol.

Measurement of global concentration and fragment size of cfDNA