Anti-vascular endothelial growth factor (VEGF) therapeutics such as bevacizumab, which are widely used in cancer treatment, commonly leads to hypertension. Moreover, bevacizumab-induced hypertension is associated with improved clinical outcomes in several cancers. We retrospectively analyzed 89 patients with histologically confirmed advanced gastric cancer who received the human monoclonal anti-VEGF receptor-2 antibody ramucirumab plus paclitaxel at our hospital between June 2015 and October 2016 to evaluate the impact of treatment-associated hypertension occurring within the first two treatment cycles (“early hypertension”) on outcome. The objective response rate was 40%, median progression-free survival was 5.4 months, and overall survival was 10.4 months, which is similar to previous reports. Early hypertension in patients who received more than two cycles of ramucirumab + paclitaxel was associated with longer progression-free and overall survival. Objective response rates were also higher in patients with early hypertension. These data indicate that early hypertension may be predictive of better outcomes in gastric cancer patients who receive ramucirumab + paclitaxel treatment.

According to a recent survey by the National Cancer Center of Japan, gastric cancer is the second most commonly diagnosed malignant cancer and the third leading cause of cancer-related death in Japan [1]. For patients with recurrent, metastatic, or advanced gastric cancer, fluoropyrimidine + platinum-based chemotherapy prolonged survival and improved quality of life (QOL) in several clinical trials [2–5]. However, although the impact of second-line or salvage chemotherapy in gastric cancer patients has long been limited, taxanes and irinotecan are commonly used in East Asia [6].

Ramucirumab is a novel human IgG-1 monoclonal antibody against the extracellular domain of vascular endothelial growth factor receptor-2 (VEGFR-2). Ramucirumab prevents VEGF ligands, including VEGF-A, VEGF-C, and VEGF-D, from binding to VEGFR-2, thus inhibiting the VEGF signaling pathway [7]. In the RAINBOW trial, second-line treatment with ramucirumab in combination with paclitaxel prolonged overall survival (OS) and progression-free survival (PFS) compared to paclitaxel alone [8]. In the REGARD trial, second-line ramucirumab monotherapy improved OS and PFS compared to the placebo [9]. Ramucirumab has therefore been approved as a second-line or later treatment for advanced gastric cancer in the U.S., Europe, and Japan.

Scartozzi et al. reported that patients with metastatic colorectal cancer who experienced bevacizumab-induced hypertension had a better response rate (75% vs. 32%) and longer median PFS (14.5 months vs. 3.1 months) [11]. Rixe et al. reported that the response rate was higher in metastatic renal cell carcinoma patients who developed hypertension during treatment with sunitinib than in those who did not (p=0.009) [12]. Dahlberg et al. also found that the onset of hypertension during bevacizumab treatment was associated with improved OS and PFS [13].

Between June 2015 and October 2016, 89 patients were treated with ramucirumab + paclitaxel in our department. The clinical characteristics of these patients are shown in Table 1. The median age was 67 years (range 35–83 years) and 53% of the patients were male. The ECOG (Eastern Cooperative Oncology Group) performance status (PS) was ≥ 2 in 10 (11%) patients. Thirty-two (36%) patients displayed the intestinal histological subtype and 55 (62%) displayed the diffuse subtype; the remaining two patients displayed ‘other’ and ‘unknown’ subtypes. Twenty-one (24%) patients were HER2-positive. Ramucirumab + paclitaxel was administered as a second-line chemotherapy in 79 (89%) patients, and 55 patients (62%) had previously undergone surgery to remove the primary tumor. The time until disease progression following first-line therapy was ≥ 6 months in 22 (25%) patients; nine (10%) patients experienced disease progression during adjuvant therapy. Forty (45%) patients had measurable disease, and 26 (34%) patients had more than two metastatic sites. Eleven patients (12%) had a previous history of hypertension and had received medication to treat it.

The median number of treatment courses was five (range 1–21). Dose reductions or delays of paclitaxel treatment were observed in 57 (64%) patients, and discontinuation of paclitaxel was observed in eight (9%) patients. After ramucirumab failure, additional chemotherapy, including irinotecan, platinum-containing regimens, or other drugs undergoing clinical trials, was administered in 23 patients, which comprised 36% of the patients who experienced disease progression.

Figure 1: Probability of progression-free survival (PFS) (a) and overall survival (b) in all patients.

The toxicities observed during treatment are listed in Table 3. The most common adverse events were neutropenia (70%), peripheral neuropathy (46%), hypertension (38%), and fatigue (33%). Other ramucirumab-related toxicities, such as bleeding or hemorrhage (29%) and proteinuria (17%), were also observed. Treatment was discontinued due to severe toxicity, including liver abscess, cerebral infarction, duodenal perforation, interstitial pneumonia, and aspiration pneumonia, in five (6%) patients,. No treatment-related deaths occurred.

The association between outcomes and hypertension 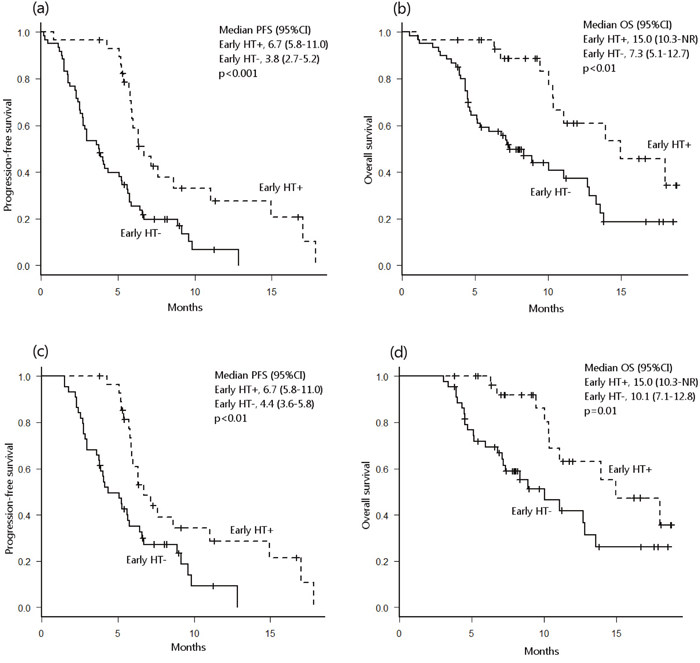 Table 4: Multivariate analysis of PFS and OS in patients who received more than 2 treatment cycles

Although hypertension is a common toxicity associated with anti-VEGF therapy, the mechanisms underlying VEGF inhibitor-induced hypertension remain unknown. Because VEGFR-2 signaling activates endothelial nitric oxide synthase (eNOS) and increases nitric oxide (NO) production through the PI3K/Akt signaling pathway, anti-VEGF therapy may decrease NO levels, leading to vasoconstriction and increased blood pressure [15]. VEGF signaling also plays a role in the maintenance of capillary networks; inhibition of this signaling causes endothelial dysfunction and capillary rarefaction, which in turn increases blood pressure [16]. Although these two studies focused mainly on bevacizumab, the findings might also apply to ramucirumab as both drugs inhibit VEGF-A signaling.

Associations between bevacizumab-induced hypertension and treatment outcomes have been reported [11–13]. Although several authors reported a relationship similar to that observed in this study, in which hypertension during treatment was associated with increased efficacy of ramucirumab, this association remains controversial. In the ROSE/TRIO-012 trial for breast cancer, treatment-emergent hypertension of any grade that occurred during the first two ramucirumab + docetaxel treatment cycles was associated with longer OS (HR 0.73, 95%CI 0.534–0.999) in the exploratory analysis [14, 17]. In a study of treatment for hepatocellular carcinoma, a trend towards longer OS was also observed in patients who developed hypertension during ramucirumab treatment (23.1 vs. 6.1 months) [18].

In their pharmacokinetic analyses of RAINBOW trial data, Tabernero et al. found that higher ramucirumab exposure, which might result in increased incidence of hypertension and other treatment-related toxicities, were associated with better efficacy [19]. A similar trend was observed in non-small cell lung cancer patients treated with ramucirumab + docetaxel in the phase 3 REVEL trial [20]. However, serum ramucirumab concentration was not associated with the incidence of hypertension in gastric cancer patients who received ramucirumab monotherapy in the REGARD trial or in colorectal cancer patients who received ramucirumab + FOLFIRI in the RAISE trial [19, 21]. Associations between hypertension and treatment efficacy have thus been reported mainly in patients treated with ramucirumab with taxanes, and the underlying mechanisms remain unknown. Drug-drug interactions between ramucirumab and paclitaxel or docetaxel were not observed in two separate phase II trials [22, 23]. In another study, analysis of ROSE/TRIO-012 trial data revealed that several single nucleotide polymorphisms (SNPs) related to VEGF pathways or drug metabolism/transport were associated with the risk of hypertension [24]. When considered together, these previous reports and our findings suggest that elevated ramucirumab exposure may result from genetic variations in VEGF signaling or drug metabolism/transport molecules, and that these exposures can result in both early hypertension and prolonged survival.

Ramucirumab-associated early hypertension might be a useful indicator of anti-tumor activity in advanced gastric cancer patients undergoing treatment with ramucirumab + paclitaxel. This is similar to previous findings demonstrating that cetuximab- or panitumumab-induced rashes serving as a predictive marker for longer OS in colorectal cancer patients [25–27]. Because adverse events like these are easy to observe, they can be evaluated at any time in any healthcare site at very little cost. Our present findings suggest that appropriate management of blood pressure can not only prevent treatment discontinuation, but also improve the efficacy of ramucirumab treatment.

Our study has several limitations. First, this was a retrospective analysis of a relatively small number of patients at a single institute. Because the patients were treated in clinical settings, the treatment procedures (e.g., timing of CT evaluations and dose modifications) were not highly standardized. A multicenter, protocol-based, prospective study in a larger patient cohort is therefore required. Second, we do not have any serum drug concentration or genetic polymorphism data, which were examined in previous reports, for the patients in this study. Third, these toxicities might only be surrogate markers for other serum biomarkers. Several authors have examined relative changes in circulating biomarker levels, including VEGF family members, during ramucirumab treatment [28]. However, the association between these biomarkers and hypertension has not been examined much. We are currently conducting an analysis of molecular biomarkers, including VEGF family members, to clarify the precise meaning of our findings.

In conclusion, ramucirumab-induced hypertension that arose within two treatment cycles was associated with longer PFS and OS in gastric cancer patients. This treatment-induced hypertension might be predictive of response to ramucirumab + paclitaxel treatment. Molecular markers and genetic variations should also be examined to support and expand on our findings.

This retrospective analysis included patients with confirmed advanced gastric cancer or adenocarcinoma of the gastro-esophageal junction who were treated with ramucirumab + paclitaxel between June 2015 and October 2016 at our hospital’s Department of Gastroenterology. All patients received 8 mg/kg ramucirumab intravenously on days 1 and 15 and 80 mg/m2 paclitaxel intravenously on days 1, 8, and 15 of a 28-day cycle. Premedication with an H1 and H2 histamine antagonist plus dexamethasone was administered before each infusion. Intravenous granisetron (a 5-HT3 antagonist) was also administered for antiemetic prophylaxis on each day of paclitaxel infusion. Treatment continued until disease progression or unacceptable toxicity despite appropriate dose reduction occurred or until the patient refused further treatment.

Statistical analyses were performed in EZR (R ver. 2.13.0) [29]. PFS and OS were estimated using the Kaplan-Meier method and were compared using a log-rank test. Survival results are expressed as median values with 95%CIs. Prognostic factors were analyzed in both univariate and multivariate analyses. A Cox hazard regression model was used for the multivariate analysis of survival. Fisher’s exact test was used to compare proportions. Statistical significance was defined as p<0.05.