Hemangioma is the most common benign tumor in liver, the prevalence varing from 1–2% [1] to 20% [2]. In grey scale ultrasound, hemangiomas typically appear as hyperechoic, well defined lesions, or hypoechoic masses with hyperechoic periphery [3, 4]. However, when the features of the lesion are atypical at conventional ultrasound (US), further investigation is required. Contrast-enhanced ultrasound (CEUS) has been proven to be a reliable method for the characterization of the focal liver lesions [5, 6], it is a sensitive and very specific method for the diagnosis of hemangiomas [7]. Based on the guidelines [8] and clinical experience, the typical CEUS features of hepatic hemangioma were peripheral nodular enhancement or circular enhancement in the arterial phase with centripedal filling, hyperechoic/ isoechoic change in the portal venous phase and late phase. Additional CEUS features were rapid centripetal enhancement in the arterial phase, hyperechoic/isoechoic change in the portal venous phase and late phase, usually seen in small lesions [8]. However, atypical imaging findings of hemangiomas may also occur even when contrast agents are administered, here we analyzed retrospectively the imaging features of 22 patients with hepatic hemangiomas that were atypical on CEUS.

The patients were 9 (40.9%) men and 13 (59.1%) women aged between 27 and 67 years old (mean ± standard deviation, 48.1 ± 9.3 years). Two patients had abdominal fullness or pain, the other twenty patients were asymptomatic, and the tumors were found incidentally on regular checkup or on imaging for other diseases. Four patients had multiple lesions, but each person included only one lesion that with pathological result in the study, the other eighteen patinets had solitary lesion. Pathologic specimens were obtained at surgery (hepatic resection, n = 5) or by percutaneous ultrasound-guided core needle biopsy (n = 17). 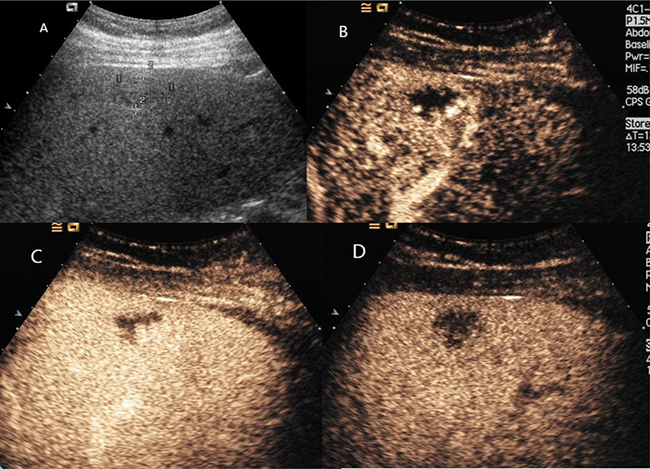 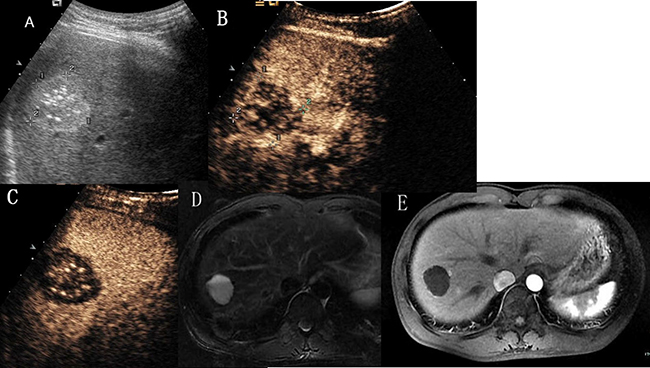 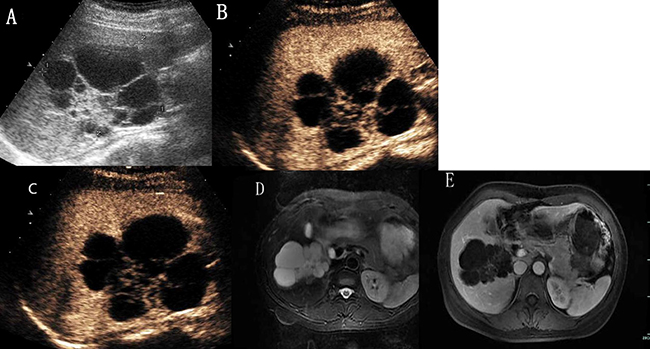 Figure 5: Hepatic hemangioma with septa enhancement in all vascular phases. (A) Ultrasound revealed a mix-echoic mass comprised of a multilocular cystic part in the periphery and a stellate echogenic part in the centre. (B) and (C) CEUS showed isoenhanced with septa and stellate part, no enhancement with cystic part. (D) The lesion showed bright signal intensity on T2-weighted MR images. (E) On enhanced magnetic resonance, the septa part enhanced with contrast and the periphery cystic part was not enhanced. 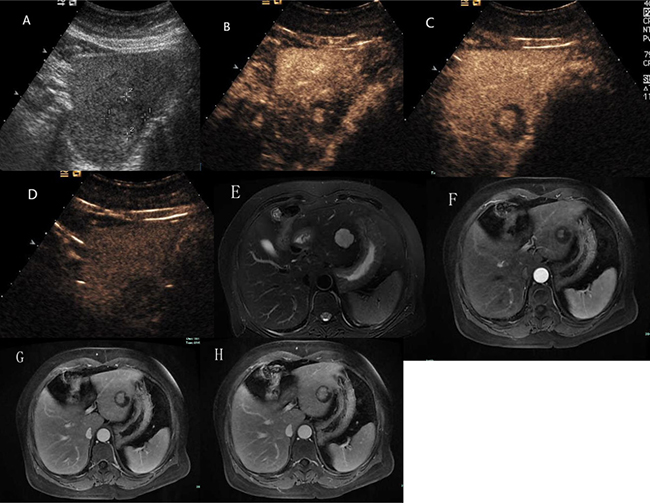 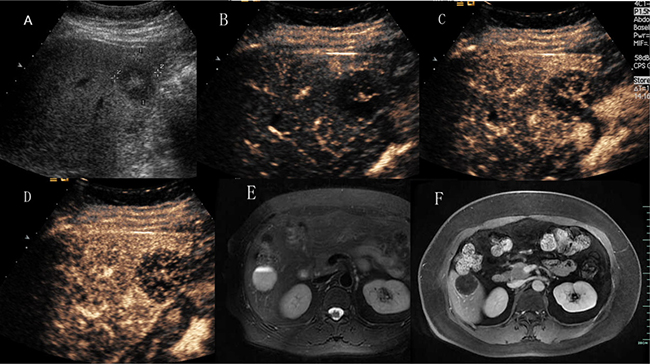 Table 1: Ultrasound and contrast-enhanced ultrasound of 22 patients with hepatic hemangiomas

Table 2: Diagnostic accuracy of US, CEUS and CEMR for atypical hemangioma

The machines was Acuson Sequoia 512 (Siemens Medical Solutions, Mountain View, CA) and LOGIC E9 (GE, Healthcare, Milwaukee, WI, USA) ultrasound system, which is capable of real-time contrast-enhanced imaging. The 3.5 MHz transducer was used with a mechanical index (MI) of 0.06–0.10. The contrast agent was SonoVue (Bracco, Milan, Italy), a sulfur hexafluoride-filled microbubble contrast agent, 2.4 mL was injected through a 20-gauge intravenous cannula into the antecubital vein, followed by a flush of 5 mL of 0.9% sodium chloride solution.

US and CEUS examinations

US and CEUS examinations were performed by one of 3 experienced radiologists. The location, size, shape, echogenicity ,boundary and color of the lesion were recorded. Then the imaging mode was shifted to low-acoustic-power contrastspecific imaging. Low mechanical index values were used (from 0.06 to 0.10) in CEUS. The SonoVue was injected as described above. The timer was started promptly from the beginning of SonoVue administration, and the lesion was imaged in real time for 6 minutes, and the record was stored on the hard disk within the machine.

All the ultrasound images and CEUS video clips were reviewed independently by three experienced radiologists blinded to the final diagnosis. They had at least 5 years of experience in liver CEUS interpretation. In case of inconsistent conclusions, a mutually accepted final conclusion was made via consultation. CEUS was evaluated during three phases as defined by Guidelines and Good Clinical Practice Recommendations for Contrast Enhanced Ultrasound (CEUS) in the liver ‒ Update 2012 [8]: the arterial phase (within 30 sec), portal venous phase (30–120 sec) and delayed phase (120–360 sec). The extent of enhancement of hepatic hemangiomas was referenced to the adjacent liver parenchyma and was divided into hyper-, iso-, hypo- and nonenhanced.

The authors state that there is no conflict of interests regarding the publication of this paper.