Cervical cancer is the third most common malignancy in females and accounts for 12% of all cancers globally [1]. More than 200,000 women die from cervical cancer each year [2]. The incidence of cervical cancer is about six times higher in China than in other developed countries [3]. Therefore, identifying new and efficient prognostic biomarkers are important objectives of cervical cancer research. There is increasing evidence that miRNA expression is abberant in human cancers [4, 5]. Moreover, miRNA expression signatures are associated with clinical outcomes of many diseases [6, 7]. MiRNAs are exciting for translational research because they can be extracted easily, are resistant to molecular degradation and can be quantified [8].

Since cervical cancer patients that belong to the same clinical stage have markedly different outcomes, there is an urgent need to develop more accurate and efficient prognostic biomarkers [12, 13]. Therefore, we performed a meta-analysis to investigate the prognostic value of miRNAs in cervical cancer.

A flow diagram of the study selection process is summarized in Figure 1. In this meta-analysis, we enrolled six articles published between 2012 and 2016, which were retrospective case-control studies regarding three miRNAs [17–22] and involved 445 participants (Figure 1). In all the studies, quantitative real-time polymerase chain reaction (qRT-PCR) was employed to detect miRNAs, although the cutoff values varied. The patients in the included studies belonged to clinical stages I–IV based on the International Federation of Gynecology and Obstetrics (FIGO) classification. None of the patients received any kind of therapy such as radiotherapy and/or chemotherapy before sample collection. Each of the three miRNAs was analyzed by at least two studies. All essential characteristics of included studies (Table 1–2) were carefully investigated for the meta-analysis. There was good agreement between the reviewers according to the quality assessment of all the enrolled studies as shown in Supplementay Table 1. 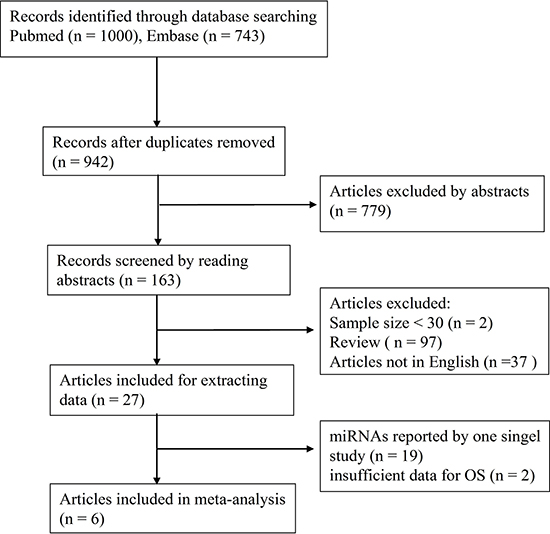 Table 2: Prognostic features and their potential targets of miRNAs

Association between the miRNAs and cervical cancer prognosis

Figure 3: Funnel plots for detection of publication bias. The pseudo 95% confidence interval (CI) is computed as part of the analysis that produces the funnel plot, and corresponding to the expected 95% CI for a given standard error (SE). HR indicates hazard ratio. 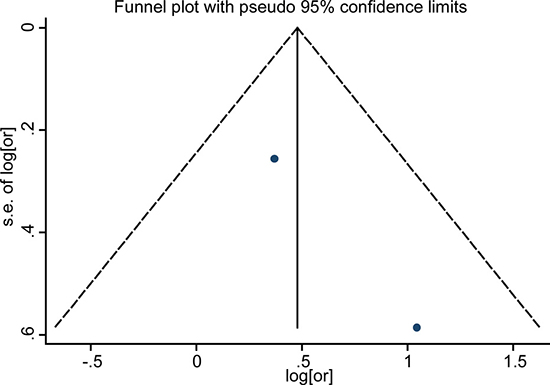 Figure 5: Funnel plots for detection of publication bias. The pseudo 95% confidence interval (CI) is computed as part of the analysis that produces the funnel plot, and corresponding to the expected 95% CI for a given standard error. (SE). HR indicates hazard ratio. 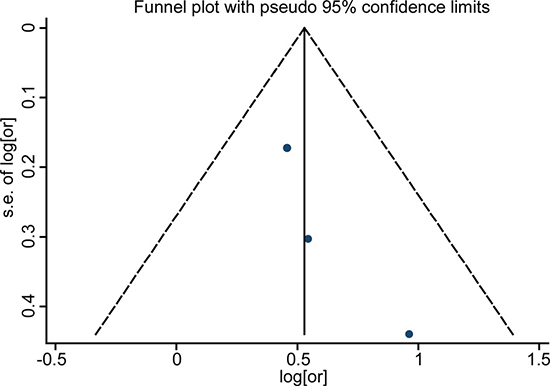 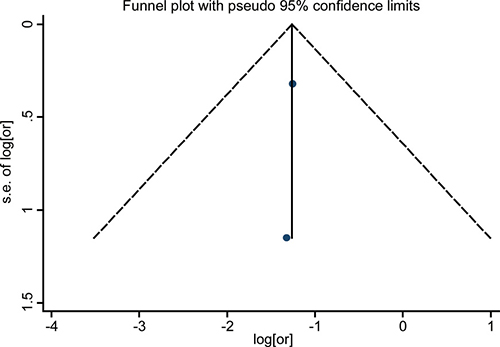 Figure 7: Funnel plots for detection of publication bias. The pseudo 95% confidence interval (CI) is computed as part of the analysis that produces the funnel plot, and corresponding to the expected 95% CI for a given standard error (SE). HR indicates hazard ratio.

Aberrant expression of miRNAs is involved in several forms of solid tumors such as breast cancer, colorectal cancer, ovarian carcinoma, lung cancer, hepatocellular carcinoma, and genitor-urinary cancer [4, 5, 7, 9–11, 24, 25]. They act as tumor promoters or suppressors based on the function of their target genes. More importantly, a single miRNA can regulate the expression of multiple genes because of their ability to bind to their mRNA targets [26]. MiRNAs directly regulate at least 30% of the genes in a cell [27]. Therefore, miRNA expression profiles can be used to determine tumor progression, prognosis and response to specific cancer therapies.

Furthermore, two studies included in this meta-analysis characterized the functional role of miRNAs in cervical cancer cells. Hou and colleagues showed that miR-196a directly targeted FOXO1 and p27Kip1, two key effectors of PI3K/Akt signaling; when overexpressed, miR-196a increased proliferation and G1/S-phase transition of cervical cancer cells whereas its suppression had the opposite effect [21]. Fan and colleagues demonstrated that high miR-125a expression suppressed the growth, invasion and epithelial-mesenchymal transition (EMT) of cervical cancer cells both in vivo and in vitro by reducing STAT3 expression; it also conferred G2/M cell cycle arrest by inhibiting several G2/M checkpoint proteins [18]. These data highlight the importance of miR-196a and miR-125a in the growth and progression of cervical cancer.

An earlier meta-analysis of 19 studies on the same topic showed that decreased miRNA expression was an indicator of poor prognosis in cervical cancer patients [28]. Compared to the meta-analysis by Dai S and colleagues, our meta-analysis had some advantages. First, no statistically significant heterogeneity was found among the results of individual studies (Figures 2, 3, 4). In the earlier meta-analysis, substantial heterogeneity was thought to be present among the studies assessing the prognostic performance of miRNAs (OS: I2 = 85.6%, P < 0.001). Second, due to the lack of related research focusing on the same miRNA, the earlier meta-analysis calculated the pooled effect of different miRNAs for clinical evaluation and the conclusion drawn remained preliminary. Meanwhile, we chosen those miRNAs which published at least 2 times and performed subgroup analysis based on specific miRNA. Finally, our results are all of notable significance, suggesting the sample enrolled in this meta-analysis was relatively sufficient.

Despite these advantages, some limitations of our meta-analysis should be acknowledged which are as follows: (1) the seven included studies varied in the cancer pathological type that were analyzed. In three studies, the main cancer type was squamous cell carcinoma; two studies had no clear histological classification of cancer type; one publication studied patients with rare neuroendocrine small cell cervical carcinoma (SCCC); (2) there were only seven eligible studies in this meta-analysis in regard to OS; (3) the samples were either FFPE (formalin-fixed paraffin embedded), fresh-frozen or serum specimens. While six studies tested the miRNA expression in tumor tissues, one detected miRNAs in the serum; (4) studies enrolled in this meta-analysis were mostly conducted in Asia. Therefore, additional studies are required in other populations. While we identified 3 miRNAs that are associated with the prognosis of cervical cancer in this meta-analysis, it was hard to assess the significance of their correlation with cervical cancer because they have been reported only few times. Large prospective studies are needed to validate the prognostic values of miRNAs in homogeneous cervical cancer patients.

In conclusion, our meta-analysis shows 3 miRNAs, miR-125, -145 and -196 with prognostic potential to predict OS in cervical cancer patients.

We searched the PUBMED and EMBASE online databases to identify relevant studies with the keywords microRNA or miRNA or MIR and cervical cancer or cervical carcinoma or uterine cervix cancer. The inclusion criteria were: (1) the study was conducted in human subjects; (2) the studies were case-controlled and examined the prognostic significance of miRNA in cervical cancer patients in regard to overall survival (OS); (3) the data on the miRNAs included that of patients and controls; and (4) article was published in English as a full manuscript and was not a meeting abstract or review. We focused on miRNAs that were analyzed in at least 2 studies. Based on these criteria, 6 papers involving three miRNAs were selected for the meta-analysis (Figure 1).

Two reviewers independently evaluated the quality of all the included studies with the Newcastle–Ottawa Scale (NOS) (Wells et al., 2009) for case-control studies. The NOS consists of three sections: selection, comparability, and exposure. The NOS assigns a maximum score of 4 for selection, 2 for comparability, and 3 for exposure. Hence, a score of 9 indicates the highest quality.

To statistically assess the prognostic effects of miRNAs on the survival of cervical cancer, we extracted individual HRs and associated 95% CIs that were available. Otherwise, they were estimated from the survival data or Kaplan-Meier survival curves using methods suggested by Parmar et al. [14] and Tierney et al. [15]. In addition, when HRs were available from both univariate and multivariate analyses, the latter were preferred because multivariate analyses considered possible confounding effects [16]. In general, a HR > 1 indicated a poor outcome for the patient with reduced expression of miRNAs. Forest plots were employed to illustrate the HR and its 95% CI for each of the included studies as well as the combined result. The Cochrane’s Q statistic and I2 statistic were computed to test the significance of potential heterogeneity. If studies reported moderate or low heterogeneity (I2 < 50%), the fixed-effects model was used for pooling. Otherwise, the random-effects model was adopted for I2 50%. Publication bias was evaluated by visual inspection of funnel plots. P < 0.05 was considered statistically significant. All statistical analyses were performed with STATA version 11 software (Stata Corp, College Station, TX).

This research was supported by the grant from Health and Family Planning Commission of Hubei Province, China (No.WJ2017Q030).