*These authors have contributed equally to this work (co-first author)

Conclusion: Time to recurrence and feasibility of curative treatment are the best determinants for prognosis in Barcelona clinic liver cancer stage B or C hepatocellular carcinoma. Curative treatments may prolong overall survival of patients with late recurrences, but should be avoided for those with early recurrences.

Hepatocellular carcinoma (HCC) ranks fifth in cancer incidence and third in cancer mortality worldwide [1]. The Barcelona Clinic Liver Cancer (BCLC) guideline is a commonly used staging system that accounts for tumor burden, liver function, and general HCC conditions, and assigns therapies accordingly [2]. According to the BCLC staging system, curative treatments, including hepatic resection and radiofrequency ablation (RFA), are only indicated for early-stage HCC, whereas patients with intermediate-stage disease (BCLC-B) are candidates only for palliative treatments (chemoembolization); and those with advanced HCC (BCLC-C) would only be treated by sorafenib [3]. However, in many trials, overall survival (OS) of patients with intermediate or advanced HCC after hepatic resection was longer than after palliative treatment, especially in Asia-Pacific studies [4–13].

Although surgical treatment improved the survival rate of patients with BCLC-B or -C stage HCC, its prognosis is still poor, especially in patients with recurrent tumors. We suppose that some of these patients could still undergo curative treatment, and selection of optimal post-surgical treatment might further improve their OS. Information that could improve predictions of their likely outcomes could facilitate appropriate management of these patients after their surgeries.

However, detailed analyses of large series that evaluate predictive factors, therapies, and prognosis of intrahepatic recurrence after surgery are not available because so few cases are found in clinical practice. We are unaware of any prognostic scores based on statistical analysis of patients with intermediate-stage HCC who received hepatectomy. Therefore, in the present study, we retrospectively analyzed the data of 397 consecutive patients with BCLC stage B/C HCC who were treated by hepatectomy in our institute, to investigate the prognostic factors influencing its recurrence and OS, and to evaluate the management of these patients after intra-hepatic recurrence.

Among the 1050 HCC patients who received partial hepatectomies with curative intent at PUMCH, 317 (30.2%) were in BCLC Stage B and 80 (7.6%) cases in BCLC Stage C. Among the 397 patients with BCLC B-C HCC, 282 had HBV infection and 39 had HCV infection. All patients had Child-Pugh grade A preoperative liver function and 73.6% HCC patients had liver cirrhosis of different degrees. None of the 80 patients with BCLC-C HCC had extrahepatic metastasis, but 14 had multiple tumors (Table 1). 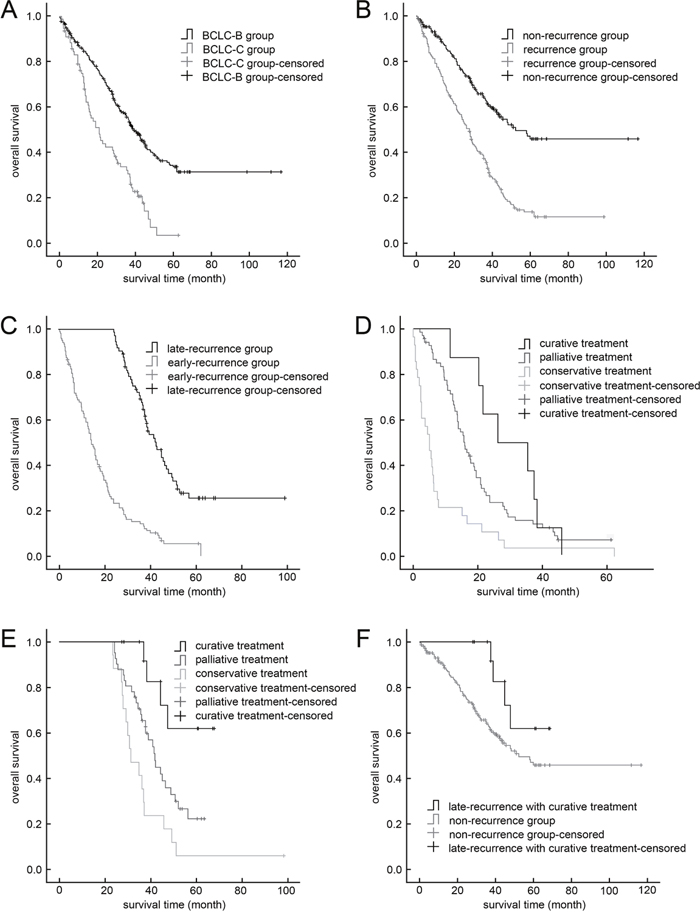 Table 2: Univariate and Multivariate analysis of risk factors related to OS and DFS of BCLC Stage B or C HCC patients

Therapy and prognosis after recurrence

Table 3: Clinical data and management of HCC patients with early and late recurrences

Among the 177 patients in the recurrent subgroup, 18 patients underwent re-resection after recurrence, 4 received RFA, 98 received TACE, 11 received sorafenib, and the other 46 patients received conservative management. In the early-recurrence subgroup (n=104), treatment was feasible for only 8 patients (7.7%), including surgery (n=5) and RFA (n=2); but was possible for significantly more patients in the late-recurrence subgroup (n=15, 20.5%; P=0.021), including surgery (n=13) and RFA (n=2).

In our series, the prognosis of BCLC-B/C HCC patients who did not develop recurrence was significantly better than that of the corresponding recurrence group; and for those who developed recurrences, those with late recurrences had higher 1-, 3-, and 5-year survival rates than did those with early recurrences. Further, 41.3% of the BCLC-B/C HCC patients’ recurrences were late-recurring, which suggests that the postoperative recurrence mechanisms of more than 40% of these patients were multicentric occurrence, which differs from the previous reports [17]; and implies that appropriate treatment strategies for recurrent tumors could vary according to the interval after hepatectomy. Multivariate analysis showed that ≥ 3 tumors, tumors ≥10 cm and vascular invasion were independent risk factors for both recurrence and poor OS in these patients. While these independent risk factors are the characteristics of BCLC-B/C HCC patients and verify the high recurrence rate of these patients. This coincidence among factors conditioning recurrence and survival also confirms the effect of tumor recurrence on OS, and indicates that radical vs. palliative treatment should cautiously selected.

Although the OS of BCLC-B/C HCC patients are significantly shortened by tumor recurrence, the curative treatment for recurrent lesions, including surgery or RFA, improved their OS. Most patients who received curative treatments had late-recurring tumors (65%, 15/23), and their OS was significantly better than those who received palliative or conservative treatment-in fact, did not significantly differ from those who were recurrence-free. Moreover, 17.8% (13/73) of patients with late-recurring BCLC -B/C HCC underwent re-resection, a higher percentage than for early-recurring patients (4.8%, 5/104), and even higher than the reported re-resection rate of patients with BCLC 0–A HCC patients with recurrence (7.9–14.7%) [17, 21, 22]. We believe that this phenomenon may partly reflect the multicenter occurrence behind most late recurrences, which is characterized by less malignancy, smaller tumors and more confined location than intrahepatic metastasis. Better outcomes for the late-recurring subgroup might also be the result of longer interval time after hepatectomy allowing better recovery of liver function and increased residual liver volume, which would improve the likelihood of an R0 resection with minimal parenchymal sacrifice and the flattest cut surface. Improved hepatectomy technique and understanding of liver anatomy over time might also lead to more successful surgeries for the late-recurring subgroup. In addition, for those who lose their chance to undergo curative treatment, palliative treatment can still lead to better OS than conservative treatment.

In conclusion, time to recurrence and feasibility of curative treatment are the best determinants for the prognosis of HCC patients and should be carefully considered when choosing optimal therapies and strategies in postoperative surveillance, prevention, and management. Curative treatments may prolong overall survival of patients with late recurrences, but should be avoided for those with early recurrences.

This study is subject to the limitations inherent in retrospective work, such as observation data collected at the specific point; censored data due to loss of visits; difficulty in obtaining some clinicopathological data such as the severity of cirrhosis or microvascular invasion; and unavoidable choice bias in the OS analysis. In addition, the mechanisms of intrahepatic metastasis vs. multicentric occurrence in BCLC-B/C HCC recurrence clearly require further study. Our study was also limited by the confined sample size, which made a truly matched study or subgroup analysis unfeasible. A larger, multi-center study of patients from a multi-geographic patient base would be more conclusive.

From January 1989 to October 2011, 1050 consecutive patients with HCC underwent partial hepatectomies with curative intent at our institution, of whom 397 patients were identified from a prospectively maintained database and included in this trial by the following criteria: (a) pathologically diagnosed HCC, clinically confirmed as BCLC stage B or C; (b) treated with surgical resection as a first-line treatment modality, performed as described below (under “Surgical procedure”); and (c) had no previous or simultaneous multiple primary malignancies. We excluded patients who (a) had received other treatment (such as liver transplantation); or (b) whose recorded clinicopathological parameters (such as preoperative liver function grade or tumor differentiation status) were unclear.

BCLC stage B is defined as intermediate-stage HCC, with Child–Pugh grade A or B liver function, and large, multifocal tumors (cumulative tumor size >5 cm or number of tumor >3 nodules), but with no cancer-related symptoms, macrovascular invasion, or extra-hepatic spread [14].

Palliative therapy was defined as treatment with intent to cytoreductive tumor tissue or inhibit tumor growth but unlikely to produce a clinical cure, such as Trans-arterial chemoembolization (TACE) and sorafenib.

Conservative treatment was defined as treatment not considered being curative or palliative therapies, with intent to alleviate symptoms such as pain, or improve liver function or even only provide the best supportive care.

Perioperative mortality was defined as death within 30 days after surgery.

Overall survival (OS) was defined as the interval between surgery and death or the last date of follow-up.

Patients’ preoperational conditions were reassessed to ensure that they conformed to the surgical resection criteria outline in the Updated Standards for the Diagnosis and Treatment of Primary Liver Cancer, [25] which include normal general condition with no obvious pathological changes of heart, lung, kidney and other important organs; normal liver function or Child–Pugh Class A preoperative liver function with or without short-term liver protecting therapy; liver reserve function in normal range; and no unresectable extrahepatic HCC metastasis.

Surgical planning and operations were performed by similar surgical techniques. The resection area was determined with the intent of surrounding the tumor at its deepest portion, while combining minimal parenchymal sacrifice and the flattest cut surface. Parenchymal transection was performed using the Cavitron ultrasonic aspiration system (CUSA) or Ligasure. Hepatectomy was combined with RFA for patients with multiple tumors ≤ 2cm in diameter. Patients with vascular tumor thrombi received thrombectomies. Hilar dissection with intent to perform systemic lymphadenectomy was not routinely performed except in patients suspected to have metastatic lymph nodes on preoperative magnetic resonance imaging (MRI) or computed tomography (CT). The liver resections were recorded according to nomenclature described in the Brisbane 2000 system [26].

Follow-up and treatment for tumor recurrences

All patients were regularly followed up in the outpatient department and prospectively monitored for recurrence by a standard protocol that included measurement of serum AFP, ultrasound examination and contrast CT or MRI examination. Patients were followed up every 3 months during the first postoperative year and at least every 6 months thereafter. Abdominal CT or MRI scans were performed every 6 months. Recurrence was diagnosed based on the typical imaging appearance on CT or MRI. A positron emission tomography (PET) scan was suggested in patients who underwent surgery unless new suspicious lesions were detected by CT or MRI.

The 10 authors are justifiably credited with authorship, according to the authorship criteria. In detail:

25. Ministry of Health of the People's Republic of China. [Updated standards for the diagnosis and treatment of primary liver cancer]. Article in Chinese. Lin Chuang Zhong Liu Xue Za Zhi. 2012; 16:929-47.