Purpose: Collateral vessels were considered to be related with outcome in endovascular-treated acute ischemic stroke patients. This study aimed to evaluate whether the collateral vessels on magnetic resonance angiography (MRA) could predict the clinical outcome.

Materials and Methods: Acute stroke patients with internal carotid artery or middle cerebral artery occlusion within 6 hours of symptom onset were included. All patients underwent MRI and received endovascular treatment. The collateral circulations at the Sylvian fissure and the leptomeningeal convexity were evaluated. The preoperative and postoperative infarct volume was measured. The clinical outcome was evaluated by mRS score at 3 months after stroke.

Results: Of 55 patients, Cases with insufficient collateral circulation at the Sylvian fissure and leptomeningeal convexity showed that the NIHSS score at arrival and preoperative infarct volume were significantly lower in mRS score of 0–2 (both P < 0.05) than mRS score of 3–6. Multivariate testing revealed age and collateral status at the leptomeningeal convexity were independent of the clinical outcome at 3 months after stroke (odds ratio (95% confidence interval): 1.094 (1.025–1.168); 9.542 (1.812–50.245) respectively). The change of infarct volume in the group with mRS score of 0–2 was smaller than that with mRS score of 3–6. While multivariate logistic models showed that postoperative infarct volume was non-significant in predicting the clinical outcome after stroke.

Conclusions: The extent of collateral circulation at the leptomeningeal convexity may be useful for predicting the functional recovery while the relationship between postoperative infarct volume and clinical outcome still requires for further study.

Acute ischemic stroke (AIS) is the most common type of stroke, accounting for about 80% of the total cerebral apoplexy [1]. It is the third leading cause of death worldwide. In recent years, the incidence of AIS is increasing and often leads to devastating motor disability [2–4], especially the AIS caused by the middle cerebral artery occlusion. As a new method for treatment of AIS, endovascular recanalization can increase the recanalization of occluded cerebral arteries quickly and significantly [5–9]. The latest clinical practice guideline recommends an endovascular recanalization strategy for AIS if the intervention can be applied within 6 hours from last seen normal [10]. AIS outcome varies considerably due to the compensatory ability of the collateral circulation and the ensuing cerebral blood flow [11, 12]. Good angiographic collaterals have been associated with improved recanalization [13].

Previous experimental studies showed that symptom onset to recanalization, initial stroke severity at presentation in the form of the National Institutes of Health Stroke Scale (NIHSS) or infarct volume on imaging play a role in influencing ultimate clinical outcome [22, 23]. In this study, we focused on the association between the baseline collateral status on MRA and stroke outcomes after endovascular recanalization. In addition to investigate the effects of the infarct volume on the initial collateral flow and the final functional status, we also compared the collateral circulation, infarct volume between pre and post treatment.

This was an observational and prospective study. Our analysis was performed on data collected from a prospective registry of patients who were eligible for recanalization therapy for acute infarct of MCA and/or internal carotid artery (ICA). The stroke patients who admitted to Nanjing First Hospital between October 2015 and March 2017 were analyzed. The inclusion criteria for this study were: (1) ischemic stroke with relevant infarction that was documented by relevant neuroimaging studies, (2) presentation within 6 hours of symptom onset and receive endovascular recanalization treatment, (3) severe stenosis or occlusion in the ICA or proximal MCA including the main stem (M1) or secondary trunks (M2). The following exclusion criteria were also applied: (1) missing modified Rankin Scale (mRS) score at 3 months after stroke, (2) no non-contrast CT and MRI examination before the endovascular recanalization therapy, or the MRI which has motion artifact was unable to evaluate. (3) hemodynamically irrelevant stenosis or a bilateral steno-occlusion that prevented measurement of the collateral status, (4) no endovascular recanalization treatment. Finally a total of 55 cases are eligible for the current analysis according to the inclusion and exclusion criteria. Acute stroke management was performed according to the current clinical practice guidelines for stroke care, institutional protocols, and at the discretion of individual physicians with direct liability [24, 25]. The local Institutional Review Board approved this study and all patients gave their consent to participate in the study.

We evaluated all study participants according to a protocol that included baseline demographic and clinical information, including age, sex, history of previous stroke, hypertension, diabetes mellitus, hyperlipidemia, atrial fibrillation, habitual smoking, the NIHSS on admission, and mRS score at 3 months after the onset of symptoms. Good clinical outcome was defined as a mRS score ≤ 2 at 3 months [26].

Collateral status was measured primarily using a method proposed by Maas et al. [27]. The collateral vessels in the Sylvian fissure and leptomeningeal convexity were assessed in the contrast-enhanced MRA images of 2-mm section separately. The collateral vessels of the occluded hemisphere mainly compared with the patent hemisphere, as follows: 1, absent; 2, less than the patent contralateral side; 3 equal to the patent contralateral side; 4 greater than the patent contralateral side; and 5, exuberant. The collateral status was separately categorized into insufficient (grade ≤ 2) and sufficient (grade ≥ 3). Hyperintense vessels (HV) were defined as a linear or curved hyperintensity on FLAIR MRI corresponding to a typical arterial course. Ten imaging slices, from the first M1 MCA appearance rostrocaudally to the tenth image, were analyzed and one or more HVs recognized on one slice were rated one point. The resulting HV score ranged from 0 to 10. Two neuroradiologists (H-B S and XY) assessed the collateral status and HV. In case of a discrepant score between the two readers, images were reviewed and a consensus was established.

Continuous data are shown as the mean ± SD, whereas categorical variables are presented as absolute and relative frequencies. We analyzed differences between groups using chi-squared test for categorical variables and the independent-samples t-test or Fisher’s exact test for continuous variables. In addition, multivariate logistic regression analysis was performed to predict the independent contribution of factors in clinical outcome. P < 0.05 was considered statistically significant. All statistical analyses were conducted using commercially available software (SPSS for Windows, version 19.0; SPSS).

Table 2: Results of bivariate analyses according to functional recovery at 3 months after stroke among subjects with an insufficient collateral circulation

Table 3: Multivariate analysis of the preoperative predictors of functional recovery at 3 months after stroke (n = 55)

Table 4: Comparison of facts between pre-operation and post-operation 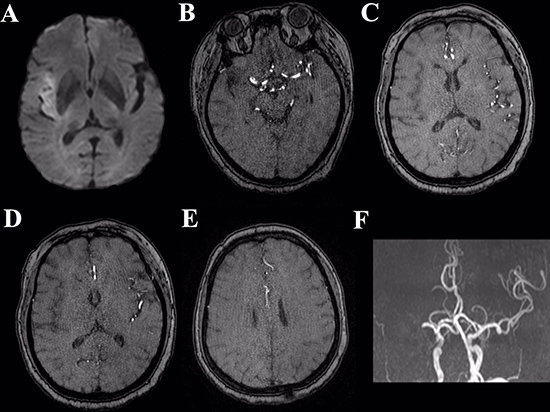 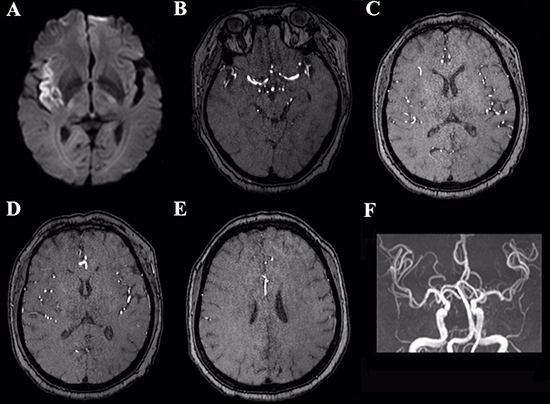 Table 5: Multivariate analysis of the postoperative predictors of functional recovery at 3 months after stroke (n = 34)

From our analysis of 55 AIS patients who were treated with an endovascular recanalization procedure, we found that most of collateral circulation was insufficient, 94.55% and 81.82% of collateral status at the Sylvian fissure and the leptomeningeal convexity respectively. In the patients with insufficient collateral circulation, age, NIHSS score at arrival and infarct volume onset were significant different between mRS score of 0–2 and mRS score of 3–6. The age and collateral status at the leptomeningeal convexity was the predictor for the functional recovery at 3 months after stroke. After operation, the infarct volume became larger, the HV almost disappeared and a majority of the collateral circulation was sufficient.

Several limitations should be noted in the current study. Firstly, this is a retrospective case-control study with a limited sample size that might cause overestimation. More samples were still required to establish the influence of collateral circulation on clinical outcome. Secondly, although the site of occlusion may be associated with the collateral status, we did not analyze it further mainly due to small number of subjects. Moreover, the post-operative infarct volume was measured within 24 hours after operation, it will be better for evaluating the infarct volume change in 7 days and/or one month due to the infarct volume stationary relatively without ischemic penumbra influence.

This work was funded by Jiangsu Provincial Special Program of Medical Science (BE2017614), Youth Medical Talents of Jiangsu Province (No. QNRC2016062), and China Postdoctoral Science Foundation (No. 2017M610337). LJ and H-B S designed the experiment, collected the data, performed the analysis, and wrote the paper. J-S Z, WG, HC and QX helped collect the data and perform the analysis. Y-D Z, XY and Y-C C contributed to the discussion and manuscript revision.

The authors declare that there is no potential conflict of interests regarding the publication of this paper.