Pancreatoduodenectomy combined with portal-superior mesenteric vein resection and reconstruction with interposition grafts for cancer: a meta-analysis

The use of interposition grafts for portal-superior mesenteric vein (PV-SMV) reconstruction during pancreatoduodenectomy (PD) with venous resection (VR) for localized periampullary tumors is a controversial topic. The present meta-analysis aimed to evaluate the perioperative and long-term outcomes in patients who received interposition grafts for PV-SMV reconstruction after PD with VR. The correlative databases were systematically searched to identify relevant trials comparing vein grafts versus no vein grafts during PD with VR. 14 studies including 257 patients with vein grafts and 570 patients without vein grafts were extracted. The meta-analysis indicated no difference in perioperative morbidity, mortality, or thrombosis between the two groups, but the vein graft group was associated with a significantly increased venous thrombosis rate (≥ 6 months) (odds ratio [OR] = 2.75; 95% confidence interval [CI], 1.32–5.73; P = .007). The autologous vein group subgroup analysis also revealed a significantly increased vein thrombosis rate (OR = 3.13; 95% CI, 1.45–6.76; P = .004) between the two groups. Meanwhile, the prosthetic vein group subgroup analysis indicated no difference. Additionally, the oncological value of vein grafts during PD for pancreatic cancer survival was analyzed and revealed no difference in 1-year, 3-year, or 5-year survival between the two groups. Using interposition grafts for PV-SMV reconstruction is safe and effective, and has perioperative outcomes and long-term survival rates compared to those with no vein grafts during PD with VR. However, the lower long-term vein patency rate in patients with vein grafts indicate that interposition grafts may be more likely to lose function.

Pancreatoduodenectomy (PD) provides the only possibility for a cure or for the long-term survival of patients with pancreatic and periampullary neoplasms [1]. The close proximity of the pancreatic head to major venous structures frequently causes tumor invasion of the portal-superior mesenteric vein (PV-SMV); therefore, the major goal of surgery is radical resection and cure, which requires complete resection of the tumor with en-bloc venous infiltration [2, 3].

The poor perioperative and long-term outcomes in patients with pancreatic cancer combined with venous resection (VR) discourage surgeons from considering a more aggressive approach to increased resection rates [4–6]. Recent studies suggest that survival rates for patients undergoing PV-SMV reconstruction during PD with VR for localized periampullary tumors was comparable to those undergoing conventional PD. VR during PD is a safety of surgical procedure which has therefore no longer been considered a contraindication to resection when performed by an experienced surgeon [1, 3, 4, 7, 8].

A meta-analysis can extract the available evidence and help obtain more precise estimates of treatment efficacy and safety. Therefore, the aim of present meta-analysis was to estimate the perioperative outcomes and long-term survival of patients who received interposition grafts for PV-SMV reconstruction during PD with VR.

Characteristics of the studies included

The initial literature search yielded 1240 studies. Through review of the titles and abstracts, 71 studies were identified and selected the basis of inclusion criteria, and the full texts were obtained and assessed in more detail. Of these, 51 studies were excluded due to insufficient data of key outcomes. Additionally, 5 studies lacked a control group [20, 25–29]. In 2 studies, data were extracted from the same institution [21, 28]. Finally, 14 studies were identified which matched our inclusion criteria and received an NOS score ≥ 7 and were included in the analysis [9–11, 21, 30–39] (Figure 1). The key characteristics of the included studies are shown in Table 1. 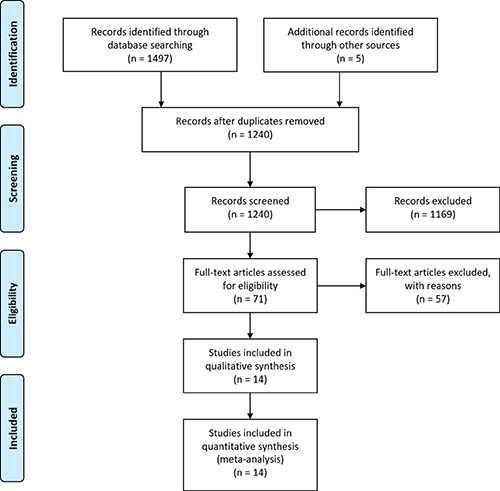 Table 1: Description of the 14 studies included in the meta-analysis

Subsequent meta-analysis revealed that reoperation rate, pancreatic fistula, delayed gastric empty, hemorrhage, and biliary fistula were similar between the two groups (data not shown). Meta-analysis of 7 studies revealed no difference in the incidence of perioperative mortality in patients with and without grafts (OR = 1.43; 95% CI, 0.57–3.60; P = .44; I2 = 27%). The meta-analyses results are outlined in Table 2.

Table 2: Results of a meta-analysis comparing pancreaticoduodenectomy with and without grafts

Figure 2: Meta-analysis of studies on long-term vein thrombose of patients undergoing pancretoduodenectomy with and without vein graft group by using random-effects model.

Table 3: Subgroup analysis on perioperative and long-term thromboses during pancretoduodenectomy with and without concomitant vein graft

The present meta-analysis for the first time assesses the available data on the outcomes of patients who underwent PV-SMV reconstruction with vein grafts during PD. The findings revealed that although the duration of the operation, resected venous lengths, and clamping time were longer and blood loss was greater in patients with vein grafts undergoing PV-SMV reconstruction during PD than in patients without vein grafts, perioperative mortality, overall morbidity rates, and perioperative thrombosis were comparable between the groups. Moreover, there was no difference in the long-term survival of pancreatic cancer patients with and without grafts during PD. Therefore, it is clear that acceptable perioperative outcomes and long-term survival were achieved with both procedures.

Theoretically, the use of interposed grafts for PV-SMV reconstruction during PD is more effective than the external reinforcement ring, which helps maintain better perioperative long-term patency in the low-pressure portal system. The technique also can prevent over-tension or twisting of the reconstructed vein, which can lead to acute PV-SMV thrombus. The present study demonstrated no difference in perioperative thrombosis in patients with vein grafts undergoing PV-SMV reconstruction during PD compared to patients without vein grafts, and the subgroup analysis also showed no difference. However, the lower long-term (≥ 6 months) vein patency rate in the vein graft group indicates that interposition grafts may be more likely to lose function and result in vein occlusion. The risk of thrombosis can be due to exposure of graft material at the endothelial surface, and vein grafts expose blood flow to grafts at two suture lines, while a primary anastomosis only requires one suture line. Furthermore, subgroup analysis indicated that using a prosthetic vein seems more effective than using an autologous vein in PV-SMV reconstruction during PD to maintain long-term PV-SMV patency. This result could be attributed to that a PTEE graft can match various diameters and lengths for PV-SMV reconstruction, and an autologous vein may be related to high fibrinogen levels and low protein C levels [51].

The present study has several limitations. All meta-analysis data came from non-randomized controlled trials, and the overall level of clinical evidence is low. Randomized assessment of interposition grafts for PV-SMV reconstruction during PD is difficult because of ethical reasons. Furthermore, we failed to retrieve some important data from the original authors, including oncological and long-term morbidity; therefore, some selection bias may still exist.

In conclusion, the present study provides evidence that using interposition grafts for PV-SMV reconstruction can achieve perioperative outcomes and long-term survival that were comparable to those with no vein grafts during PD with VR and can be performed safely and effectively, which considering a more aggressive approach to increased resection rates. However, the technique of using grafts for PV-SMV reconstruction affects the long-term vein patency rate, indicating that interposition grafts may be more likely to lose function and result in vein occlusion, and prosthetic veins are more effective than autologous veins in PV-SMV reconstruction during PD to maintain long-term PV-SMV patency.

A computerized search of the PubMed, Embase, Web of Science, ClinicalTrial.gov and Cochrane Library databases was made of all articles published between January 1963 and July 2016. The search was restricted to studies on humans published in the English language. The following terms search terms were used: pancreaticoduodenectomy, ” “pancreatoduodenectomy,” “duodenopancreatectomy, ” “pancreatectomy, ” “pancreatic resection,” “vein resection,” “vascular resection,” “vein reconstruction,” “vascular reconstruction,” “vein grafts,” “vascular grafts,” and “grafts.” The reference lists of all relevant articles obtained were screened manually to identify potentially eligible studies. If there was any doubt about the suitability of the studies after reading the titles and abstracts, the full articles were obtained for detailed evaluation, and all eligible studies were included.

Two authors (Wei Song and Qif Yang) independently extracted the following categories from each full study: first author, year of publication, study period, study design, number of patients treated with each procedure, operative data (including duration of surgery, time of vein clamping, estimated blood loss, length of vein resected, reconstruction techniques, type of vein grafts), postoperative morbidity and mortality, and histopathology. To assess the value of the reconstruction techniques, we extracted pancreatic cancer data, including the median survival and survival rates at 1, 3, and 5 years after surgery. All relevant comparative data were reviewed for data extraction. In addition, we also wrote emails to the original authors to request some missing key data.

For each included study in the meta-analysis, a study had to satisfy the following criteria: compare the results of pancreaticoduodenectomy with vein grafts after vein resection (autologous vein, prosthetic vein, allograft vein) versus without vein grafts (primary end-to-end anastomosis, lateral wedge) in patients undergoing vascular resection surgery; report at least one of the outcomes of interest listed below; and when two or more studies were published from the same institution, the higher quality study was included in the analysis. Abstracts, letters, editorials, expert opinions, case reports, reviews without original data, and studies without control groups were excluded.

We used the Newcastle-Ottawa Quality Assessment Scale (NOS) bias risk tool to assess the methodological quality of the included studies [40]. Each section was judged according to the appropriate definition, and those with a score ≥ 7 were considered high quality and included in our study.

Meta-analysis of the extracted data was performed using Cochrane Review Manager 5.3. (http://ims.cochrane.org/revman). Odds ratio (OR) was chosen to calculate dichotomous data with 95% confidence interval (CI), and weighted mean difference (WMD) for continuous data with 95% CI. A fixed-effects model or random-effects model was used, depending on the absence or presence of heterogeneity. The statistical heterogeneity was evaluated by the Q test (x2) and statistic with significance set at P < .05 and < 50%. Sensitivity analyses were performed to determine the effect of outliers by excluding some unique studies. Publication bias was assessed using visual examination with a funnel plot.

This study was supported by the National Natural Science Foundation of China (No.81572307) and the Major Program of Science and Technology of Zhejiang Province (No. 2014C13G2010059).

51. Stang A. Critical evaluation of the Newcastle-Ottawa scale for the assessment of the quality of nonrandomized studies in meta-analyses. Eur J Epidemiol. 2010; 25:603–605.