Neurofibromatosis type-1 is a prognostic indicator in human gastric carcinoma

Gastric cancer (GC) is the third leading cause of cancer-related deaths and the fourth most common malignant tumors [1]. Most GC patients are diagnosed at an advanced stage with lymph nodes metastasis [2]. Most patients experience metastasis and recurrence after undergoing standard treatment that includes adjuvant chemoradiotherapy and surgery. Hence, the 5-year survival rate of GC is very poor [3, 4]. Therefore, new prognostic tumor markers and therapeutic targets are necessary to improve the clinical outcomes for GC patients.

Neurofibromatosis type-1(NF1) or von Recklinghausen disease is a common autosomal dominant condition affecting the nervous system with an estimated incidence of about 1 in 3,000-4,000 individuals worldwide [5, 6]. It is also a multi-system disease associated with many cancers [7, 8]. The NF1 gene is a classic tumor suppressor gene located on chromosome 17q11.2 and its product neurofibromin is an important negative regulator of Ras signaling pathway [9, 10]. Mutations in NF1 gene result in NF1 disease. Many studies have demonstrated that NF1 plays an important role in many cancers such as brain tumors [11], breast cancer [12], sporadic colon cancer [13], lung cancer [14], pheochromocytomas [15] and ovarian tumors [16]. Moreover, Vizcaino et al. demonstrated that glioma patients with low NF1 expression were associated with poor overall survival and disease-specific survival [17]. In this study, we investigated the relationship between NF1 expression and clinicopathological characteristics of GC patients. Further, we analyzed the prognostic relevance of NF1 for GC patients. 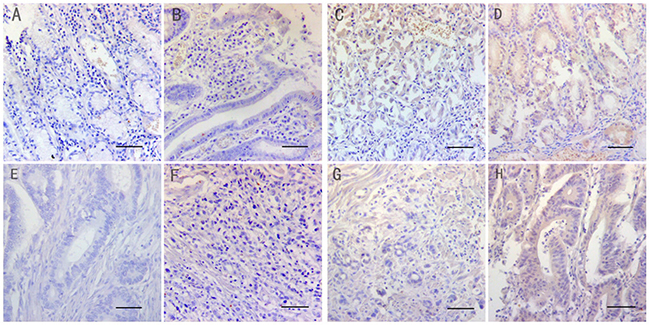 Table 1: NF1 protein expression in normal and gastric cancer tissues based on immunohistochemistry

Table 5: Univariate and multivariate cox analyses of survival in patients with GC

The NF1 gene is one of the largest genes in the human genome, located at chromosome 17q11.2 and having 60 exons spanning over 350kb of genomic DNA [18, 19]. Recent studies have shown that NF1 is a tumor suppressor that plays a critical role in many cancers [20, 21]. Mutations in NF1 also lead to abnormalities in the cardiovascular, musculoskeletal and nervous systems [22]. Moreover, Iyengar et al. demonstrated that differential expression of the NF1 isoforms was associated with cellular differentiation in ovarian epithelial cancer [23]. To our knowledge, the relationship between NF1 and GC is unknown. Therefore, we systematically evaluated the expression of NF1 in normal and cancer GC tissues and investigated its prognostic relevance in GC.

Many studies have highlighted the role of NF1 in cancers. Yoon et al. reported that NF1 gene product neurofibromin negatively regulated Ras and mammalian target of rapamycin (mTOR) signaling and prompted clinical trials to evaluate the ability of Ras and mTOR pathway inhibitors to arrest NF1-associated tumor growth [24]. Verhaak et al. demonstrated strong association between somatic NF1 mutations and the mesenchymal subtype [23]. Elza et al. demonstrated that low NF1 levels were associated with primary and acquired resistance of lung adenocarcinomas to EGFR TKIs [25]. Another study showed that NF1 was an active regulator of GTP-Ras accumulation [26]. Also, loss of NF1gene lead to epithelial-mesenchymal transition (EMT), thereby implicating NF1 in tumorigenesis and cancer metastasis [27]. However, NF1 function in GC is unknown and needs to be investigated further.

Although our study demonstrated prognostic value of NF1 in GC patients, there are some limitations in our study. First, the gastric cancer sample size in our study is relatively small that may have introduced inherent bias. Hence, future studies with large-scale samples are necessary to confirm our findings. Second, we did not collect the disease free survival (DFS) data in our study, which could be influenced by the postoperative treatment and follow-up examinations. Third, we investigated NF1 gene expression in GC tissues and its association with patient prognosis. However, we did not investigate the mechanisms downstream of NF1. These mechanisms need to be deciphered in future investigations.

In conclusion, our study demonstrated that low or negative NF1 expression in human GC tissues was associated with higher TNM stage and poor five-year overall survival compared to those with high NF1 levels. These data indicated that NF1 was a potential prognostic indicator for the survival of GC patients.

The present study included primary gastric cancer specimens from 160 patients (104 males and 56 females), who underwent surgery at the Affiliated Hospital of Shandong Academy of Medical Sciences (Shandong, P.R. China) between August 2008 and June 2011. All patients in the present study were confirmed by pathological examination after surgery. The patients did not receive chemotherapy or radiotherapy before surgery. The clinical and pathological data of all patients was obtained by reviewing medical records and pathology reports. These included gender, age, tumor size, tumor differentiation, T stage, lymph node metastasis, distant metastasis, and tumor-node-metastasis (TNM) stage. Clinicopathological classification and staging was determined according to the criteria recommended by the American Joint Committee on Cancer (AJCC) [28]. The age of the participating patients ranged from 34 to 79 yrs (mean: 54 yrs). Normal tissue was also obtained from all patients and was at least 5cm away from the cancer tumors. Further, we obtained survival data from telephone or outpatient follow-ups. The last follow-up data was in May 2016. The median follow-up time was 45 months (range: 1–60 months). This study was reviewed and approved by the Ethics Committee of The Affiliated Hospital of Shandong Academy of Medical Sciences. We obtained written informed consent from all participants.

The normal and cancer tissue samples from 160 patients were paraffin embedded and cut into 4μm thick slices for immunohistochemical staining. Immunohistochemical staining was performed using the streptavidin-peroxidase two-stage method. Briefly, the tissue sections were dewaxed, hydrated and subjected to antigen retrieval with EDTA. Next, the samples were incubated with the rabbit anti-NF1 antibody (1:200; CUSABIO BIOTECH CO. Ltd) at 4°C overnight. This was followed by incubation with horseradish peroxidase-conjugated anti IgG antibody (1:1000; Santa Cruz, USA) for 45 min and three washes with PBS for 5 min each. Then, the samples were developed with diaminobenzidine solution for 3 min, washed briefly in running water, counter-stained with hematoxylin, dehydrated through a graded series of alcohol to xylene and sealed piece with a neutral gum. Negative control tissues were stained similarly except that the primary antibody was replaced with PBS.

Total RNA was extracted from cancer and non-cancerous tissues using Trizol (Invitrogen, USA) according to the instructions of the Reverse Transcription System kit (Vazyme Biotech, China). Reverse transcription was performed according to kit instructions followed by quantitative PCR using the Roche 480 II Real-Time PCR machine, and the real time PCR conditions and reaction mixture composition were showed in Tables 6 and 7. All the gene expression levels were analyzed and calculated by using the 2-ΔΔCt method [29]. NF1 and β-Actin primers were purchased from Sangon Biotech Company. The primer sequences for NF1 were: forward, 5′-ACA CATGCAAAATGGGAACA-3′ and reverse, 5′-TGGGA CATTCGCCTCTTAAC-3′. The primer sequences for β-Actin were: forward, 5′-AGCGAGCATCCCCCAA AGTT-3′ and reverse, 5′-GGGCACGAAGGCTCAT CATT-3′.

Immunohistochemical stained tissue sections were observed and photographed with a light microscope (Carl Zeiss, Germany). NF1 was detected mainly in the cytoplasm of the normal and tumor cells. The NF1 immunohistochemical stained tissue sections were reviewed and assessed independently by three pathologists in a blinded manner and a consensus was reached for each score. Scoring was based on the percentage of stained tumor cells (1=< 10%; 2=11%-50%; 3=> 51%) in a given tumor sample and the intensity of cytoplasmic staining that was graded as negative (score 0), weak (score 1), moderate (score 2), or strong (score 3). The final NF1 staining scores were calculated as percentage x staining intensity. Hence, final scores were, score 0=value 0; score 1=value 1-3; score 2=value 4-6; score 3=value 7-9. Then, the tissue sections were divided into two groups, low NF1 (score 0 or 1) and high NF1 (score 2 or 3) groups.

All data were statistically analyzed by SPSS version 17.0 software (SPSS Inc, Chicago, IL, USA). The Pearson’s Chi-squared (χ2) test was used to evaluate the difference between levels of NF1 staining in specimens and clinicopathological characteristics. The Kaplan-Meier survival analysis method was used to assess the association between NF1 expression and overall survival. The log-rank test was used to evaluate the differences between survival curve of patients with high or low NF1 expression. To determine prognostic factors, multivariate regression analysis was performed using the Cox proportional hazards model for variables with P<0.05 in the univariate Cox analyses. All P values were two-sided and a P value less than 0.05 were considered statistically significant.