Treatment strategy and prognostic factors for Krukenberg tumors of gastric origin: report of a 10-year single-center experience from China

Background: Gastric cancer patient with ovarian metastasis is common in clinical practice, but it is still uncertain whether surgical resection of ovarian metastasis could improve the outcome. This study aimed to explore the survival benefit of metastasectomy plus chemotherapy over chemotherapy alone in the treatment of Krukenberg tumors arising from gastric cancer and to identify prognostic factors.

Methods: All patients who were diagnosed with gastric cancer and ovarian metastases between January 2005 and December 2014 were included in the current study. Patients were subdivided according to treatment modality: the metastasectomy group (metastasectomy plus chemotherapy) and the non-metastasectomy group (chemotherapy alone). The clinicopathological features and the treatment records were reviewed in detail and their association with survival were analyzed.

Conclusion: Metastasectomy plus chemotherapy was associated with survival benefits in patients with Krukenberg tumors from gastric cancer. Metastasectomy, peritoneal carcinomatosis, and expression status of ER-β and PR were independent prognostic factors for survival. 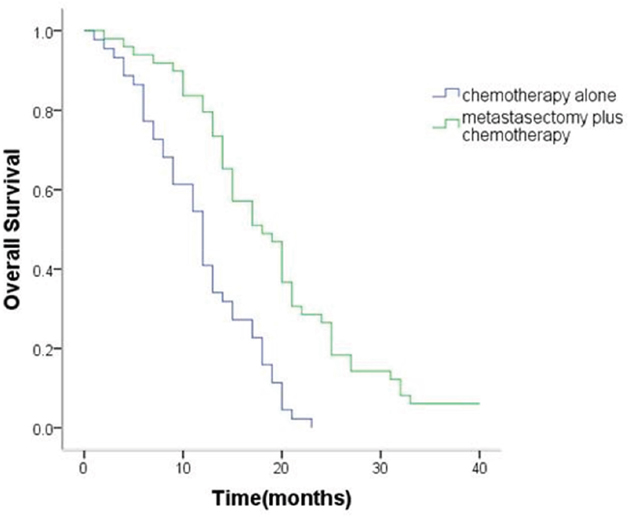 Figure 1: Kaplan–Meier analysis of overall survival in patients with or without metastasectomy of synchronous Krukenberg tumors. 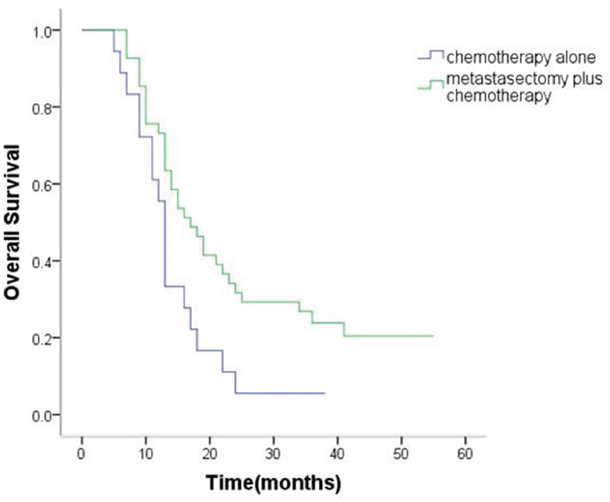 Figure 2: Kaplan–Meier analysis of overall survival in patients with or without metastasectomy of metachronous Krukenberg tumors. 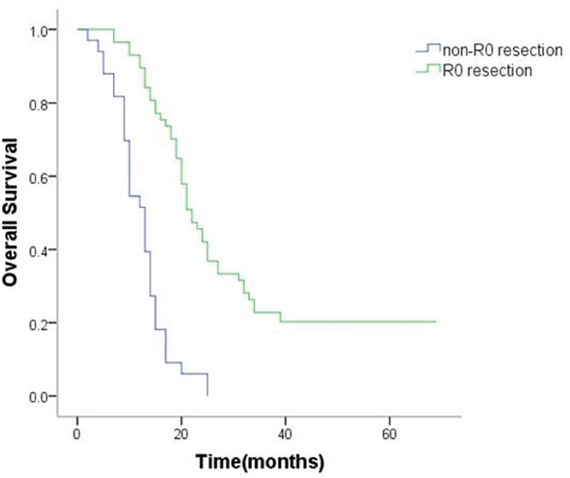 Figure 3: Kaplan–Meier analysis of overall survival in patients with or without R0 resection.

The positive rate of ER-β and PR was 44.7% and 31.6%.However, ER-α showed no positivity in any gastric cancer tissue sample. 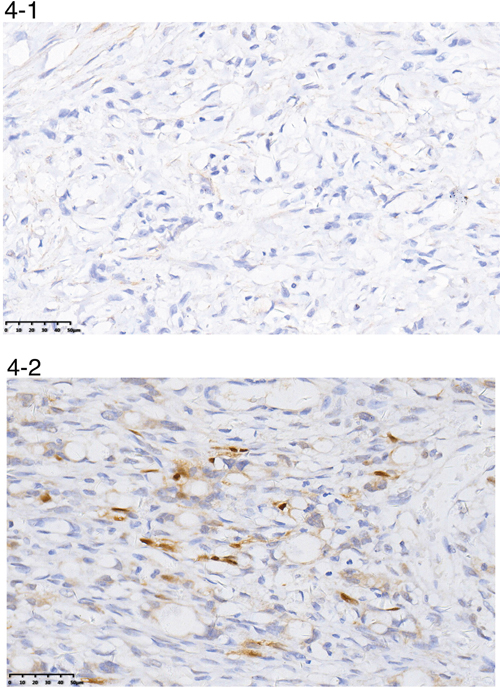 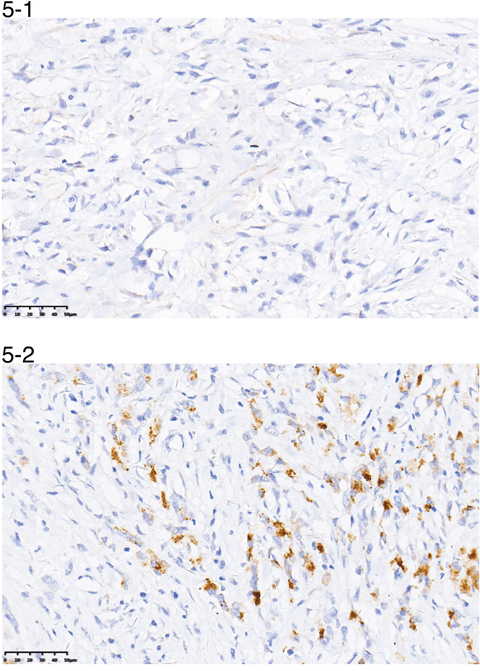 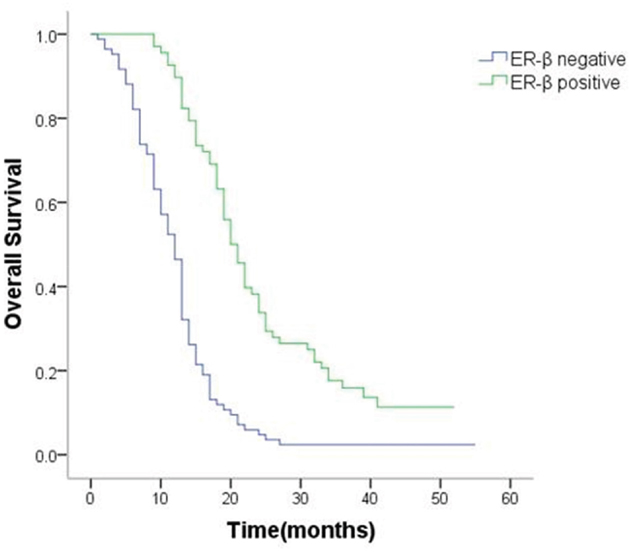 Figure 6: Survival curves of patients with positive or negative expression of ER-β. 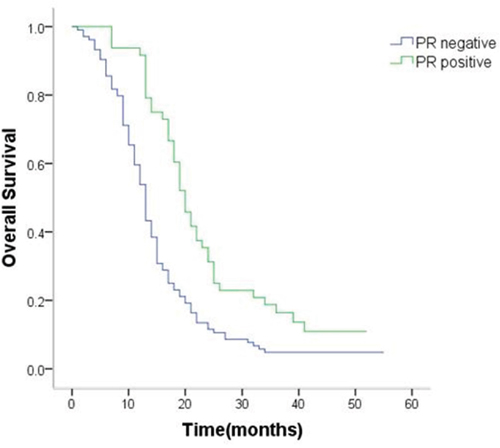 Figure 7: Survival curves of patients with positive or negative expression of PR.

Table 4: Correlation between ER-β and PR expressions and clinicopathologic characteristics.

Paclitaxel and S-1 were the most frequently used chemotherapeutic drugs. Median chemotherapy duration was longer in the metachronous group (4.5 cycles, range 3–8 cycles) as compared to the synchronous group (3.7 cycles, range 1–7 cycles) although the difference was not statistically significant (P > 0.05). Drug-related adverse events and grade 3 or 4 toxicity occurred in 67.1% (102/152) and 37.5% (57/152) of patients, respectively. The most common grade 3 or 4 hematological toxic effects were leucopenia/neutropenia(26.3%) and thrombocytopenia(7.9%); the most common grade 3 or 4 nonhematological toxic effects were elevated serum aspartate aminotransferase levels (4.6%) and rash (2.6%).

Fifteen patients (16.9%) developed postoperative complications, including anastomotic leakage (n = 5), abdominal abscesses (n = 4), delayed gastric emptying (n = 4), pneumonia (n = 2), and bleeding (n = 1).Most of these patients were conservatively managed with a successful outcome, but reoperation was necessary in one patient due to intra-abdominal bleeding.

Cancers of the gastrointestinal tract are most likely to generate ovarian metastases in female patients and this is one of the most important causes of treatment failure [11]. The prognosis of patients with gastric cancer and metastasis to the ovaries has been reported to be poorer, as compared with prognosis in other primary gastrointestinal tumors [12]. In the past, chemotherapy was the main treatment for gastric cancer with ovarian metastasis, but the efficiency was disappointing, with a median survival time of 7 to 11 months [13]. Some retrospective study reports in recent years indicated that metastasectomy of Krukenberg tumors could improve prognosis of these patients [7, 8, 9]. However, an optimal therapeutic strategy for Krukenberg tumors from gastric cancer has not been fully established.

Lu et al. retrospectively reviewed a series of 85 patients diagnosed with advanced gastric cancer together with Krukenberg tumor between 2000 and 2010, and reported a median survival time of 14.1 months in the resection group as compared to 8 months in the nonresection group [7]. In another paper, Cho et al. reported that OS differed significantly between patients undergoing metastasectomy plus chemotherapy and those undergoing chemotherapy alone (18.0 months vs. 8.0 months in patients with stage IV gastric cancer; 19.0 months vs. 9.0 months in patients with recurrent Krukenberg tumors).Nevertheless, the imbalance between the two groups should cast some doubts on the significance of the findings [8].

Analysis of prognostic factors can, moreover, facilitate identification of patients most likely to benefit from treatment. Metastasectomy, peritoneal carcinomatosis, and expression of ER-β and PR were independent predictors of OS. Krukenberg tumors are often associated with different degrees of peritoneal metastasis, which frequently induces ascites, intestinal obstruction, or hydronephrosis and seriously impair patient quality of life [14]. There is currently no standard treatment for ovarian metastasis when it presents with peritoneal metastases from gastric cancer, however, cytoreductive surgery in combination with chemotherapy could offer a survival advantage for these patients [15, 16]. In our study, limited peritoneal metastases were resected in a metastasectomy, and this was followed by systemic chemotherapy. Subgroup analysis showed that the survival of the R0 resection group was superior to that of the non-R0 resection group. Therefore, surgical resection without gross residual disease may improve prognosis in patients with Krukenberg tumors. Chemotherapy is another main treatment for these patients, and improves quality of life and OS [17]. Several chemotherapeutic agents are effective against Krukenberg tumors with peritoneal metastasis, including fluoropyrimidine, platinum, taxanes, and epirubicin, either alone or in combination [18, 19]. A European study reported encouraging results from the use of hyperthermic intraperitoneal chemotherapy (HIPEC) [5], but these need to be validated in future research.

Our study had certain limitations because it was a retrospective analysis, and several confounding factors may have influenced our findings. However, the fact that it reports results from a large series of patients and presents the first evaluation of the role of sex hormone receptors in Krukenberg tumors from gastric cancer. The results are expected to provide useful information for formulating treatment strategies for those patients.

The present study demonstrated that the metastasectomy in combination with chemotherapy was associated with survival benefits in patients with synchronous or metachronous Krukenberg tumors from gastric cancer. Metastasectomy, peritoneal carcinomatosis, and ER-β and PR expression status were prognostic factors for survival. Well-designed prospective studies are needed to confirm these results, and will be important in developing optimal treatment strategies for Krukenberg tumors of gastric origin.

From January 2005 to December 2014, 4381 female gastric cancer patients were admitted and treated at the Zhejiang Cancer Hospital. Among these patients, 152 with krukenberg tumor detected by the imaging studies or by pathological evaluation of the metastasectomy specimens were retrospectively reviewed. Patient demographics, radiological details, surgical data, pathological features, and survival were collected and analyzed. Outpatient records combined with telephone interviews were used for follow-up. All the patients suspected of having Krukenberg tumor underwent imaging studies to identify the extent of disease and resectability. The patients included in this study were initially regarded as having resectable diseases. Therefore, a resection was only performed in case of Krukenberg tumor without or with limited peritoneal dissemination. At the completion of surgery, the residual disease state of each patient was recorded according to the presence or absence of gross residual disease, which was classified as negative resection margins (R0), microscopic tumor infiltration (R1), and macroscopic residual tumor (R2).

The expression of estrogen receptor (ER)-α,ER-β, and progesterone receptor (PR) in gastric cancer, which may potentially be related to the ovarian metastasis, was detected by immunohistochemistry (IHC) using the Novolink Polymer Detection System as described previously [10]. The following primary antibodies were used: ER-α (ab37438, dilution 1:200; Abcam, Cambridge, UK), ER-β (ab288, dilution 1:100; Abcam), and PR (ab16661, dilution 1:100; Abcam). All specimens were independently evaluated by two pathologists who were blinded to study grouping. Samples where more than 10% of the tumor cells were stained were regarded as positive.

The study was approved by the institutional ethics review board of Zhejiang Cancer Hospital. Written informed consent was obtained from all study participants. All study procedures were undertaken in accordance with the principles of the Declaration of Helsinki and relevant human research policies in China.

For continuous variables, two-tailed Student t-tests were used to compare demographic and clinical characteristics between the study groups. For discrete variables, a chi-square test was used. Kaplan–Meier analysis was used to calculate survival, and log-rank test was performed to compare OS between treatment groups. Independent prognostic factors were determined by multivariate analysis using the Cox proportional hazards model. All statistical analyses were conducted on SPSS 19.0 for Windows (IBM Corporation, Armonk, NY, USA). A P value less than 0.05 was considered indicative of statistical significance.

This study was supported by Natural Science Foundation of Zhejiang Province of China (No.LY14H160007) and “1022 Talent Plan” of Zhejiang Cancer Hospital.

13. Kiyokawa T, Young RH, Scully RE. Krukenberg tumors of the ovary: a clinicopathologic analysis of 120 cases with emphasis on their variable pathologic manifestations. Am J Surg Pathol. 2006;30:277-99.