Bladder cancer is the most common malignancy of the urinary tract [1], and UCB is the most common pathological subtype. RC with pelvic lymph node dissection has been used as the standard therapy for muscle-invasive bladder cancer (MIBC), but the 5-year survival after RC for clinically localized MIBC is only approximately 50% [2]. The 5-year overall survival and tumor-specific survival for UCB patients with extravesical stage are only 30% and 37%, respectively [3–4]. The presence of circulating tumor cells (CTCs) has been confirmed to be associated with survival in several solid malignancies [5]. CTCs were detected in 17–50% of UCB patients and were significantly associated with tumor stage [6–8]. Diagnostic transurethral bladder tumor resection (TURBT) represents the standard initial, preoperative diagnostic procedure for MIBC. However, TURBT can damage the integrity of the bladder wall. Moreover, the pressure within the bladder during the process of TURBT would exceed the venous pressure, and it is impossible to completely resect the tumor for patients with extravesical stage (T3 and T4). Taken together, there is an increasing concern that TURBT may increase the risk of tumor metastasis. Recent studies revealed that TURBT may increase the count of CTCs for MIBC patients postoperatively [9–10]. Further studies are needed to determine whether TURBT increases the risk of metastatic diseases for patients with MIBC. Cystoscopic biopsy, another conventional initial diagnostic method for bladder cancer, seems to show less risk of metastatic events, as it causes relatively minor damage to the integrity of the bladder wall. In the present study, we evaluated whether preoperative diagnostic TURBT, compared with preoperative diagnostic cystoscopic biopsy, increased the risk of tumor progression for high-grade, stage T3/T4 UCB patients who underwent eventual RC.

RC with pelvic lymph node dissection with or without postoperative adjuvant chemotherapy was applied as the main therapy for all patients within one month after the initial diagnostic TURBT or cystoscopic biopsy. The final pathological data analyzed in this study were based on post-RC standard pathological procedures. Tumor stage was assessed according to the Union for International Cancer Control (UICC) TNM classification of malignant tumors 2002. Tumor grade was assessed according to the WHO classification of 2004. The patients were seen every 6 months after RC. The follow-up visits consisted of a physical examination and ultrasonography. Other imaging analyses, including chest radiography and abdominal CT, were indicated if necessary. Local recurrences were defined as those occurring within the soft tissue field of exenteration, which is inside the bony pelvis. Distant recurrences were those occurring outside the pelvis [11–12]. Time to recurrence was defined as the period from the date of RC to the date when the first recurrence was diagnosed. Completed follow-up data were available for 86 patients.

For statistical analysis, numerical variables with t-test and categorical variables with chi-square test were used for comparative analyses between diagnostic TURBT and cystoscopic biopsy groups. Survival curves were plotted using the Kaplan-Meier method, and significant differences were assessed using the Log-rank test. Subsequently, Cox regression analysis was applied to identify potential prognostic factors for survival. Characteristics that showed potential significance (p < 0.1) were further evaluated using multivariable Cox regression model. SPSS 22.0 was used in all statistical analyses. In all tests, p < 0.05 were considered to indicate significance. All experimental protocols were approved by Ethics Committee of Peking University First Hospital and Ethics Committee of The First Affiliated Hospital of Xiamen University. Informed consent was obtained from all subjects.

A total of 96 high-grade, stage T3/T4 UCB patients were involved in our study; 27 patients were treated in the Department of Urology, The First Affiliated Hospital of Xiamen University, while the remaining 69 patients were treated in the Department of Urology, Peking University First Hospital. Based on the preoperative diagnostic methods, patients were grouped into the diagnostic cystoscopic biopsy group (n = 56) or the diagnostic TURBT group (n = 40). Analyses of these two cohorts demonstrated no statistically significant differences with regard to patient demographics, tumor number, tumor stage, the presence of glandular differentiation, sarcomatoid differentiation, squamous differentiation, concomitant CIS, LVI, PUI, LNM, or post-operative adjuvant chemotherapy status. However, there were significant differences with respect to tumor size between the two cohorts (89.3% with larger size for the biopsy group vs. 70.0% for the diagnostic TURBT group, p = 0.017) (Table 1). In addition, 37 patients received post-operative chemotherapy, among which 32 received gemcitabine/cisplatin (GC), 3 received gemcitabine/carboplatin, and 2 received gemcitabine/ paclitaxel regimen. The clinicopathological features of samples from the two Chinese centers are described in Table 2. Compared with patients selected from Peking University First Hospital, patients selected from The First Affiliated Hospital of Xiamen University had a larger proportion of patients aged 60 years or older (p = 0.011). No significant difference regarding the remaining clinicopathological features between samples from the two centers was observed.

Completed follow-up data were available for 86 patients, with a median follow-up period of 29 months. During the follow-up period, 43 patients experienced disease progression, 18 from the preoperative diagnostic cystoscopic biopsy group and 25 from the preoperative diagnostic TURBT group. Survival data displayed in Kaplan-Meier curves demonstrated significant differences with respect to PFS between diagnostic TURBT and cystoscopic biopsy groups (p = 0.008, Figure 1). The 3-year PFS rates for patients in the diagnostic biopsy and TURBT groups were 63.6% and 48.1%, respectively. 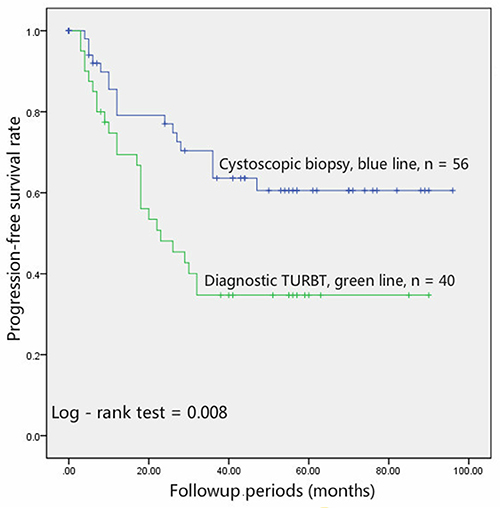 Table 3: Univariate and multivariate Cox regression analyses for prediction of progression-free survival in 96 patients treated with radical cystectomy and bilateral lymphadenectomy for high-grade, stage T3/T4 urothelial carcinoma of the bladder

Bladder cancer is the most common malignancy of the urinary tract [1]. On average, 70% of bladder tumors present as non-muscle-invasive bladder cancer (NMIBC), the remaining 30% as MIBC. For the MIBC group, LNM occurs in approximately 25% patients [6]. Moreover, although RC represents the current gold standard therapy for MIBC, distant metastasis occurs in 50% of MIBC patients within 2 years [13]. CTCs are cancer cells which originate from the primary tumor site and invade the lymphatics and systemic circulation during the initial sequences of metastatic progression [14–15]. While the majority of CTCs die in the bloodstream, a few cells eventually form new colonies at distant sites. Thus, the presence of CTCs may indicate micrometastasis, which represents an early stage of the metastatic process. In addition, CTCs, which are associated with tumor recurrence and metastasis in other solid malignancies (including, breast, rectum, and prostate cancer), have emerged as a potential candidate to explain the high progression rate of MIBC [5].

Recent studies showed that TURBT increases the count of CTCs for UCB patients, especially for the MIBC population. Engilbertsson and colleagues [9] evaluated 16 UCB patients (10 MIBC, 6 NMIBC) who underwent TURBT, from which 6 (5 MIBC, 1 NMIBC) positive inferior vena cava samples were found to have an increased number of CTCs intraoperatively. In addition, Blaschke and colleagues reported a similar result recently, where the CTC count increased postoperatively in all of the T2 high-grade UCB patients [10]. However, Antoniewicz and colleagues [16] evaluated CTC count of 51 UCB patients. In their study, no significant evidence for increased level of circulating urothelial cells in the peripheral blood after TURBT was found. Interestingly, half of their included patients had NMIBC. Taken together, MIBC patients, compared with NMIBC patients, are more likely to be affected by the TURBT. Moreover, in the systematic review and meta-analysis of Msaouel and Koutsilieris [7], CTC-negative patients compared favorably to CTC-positive patients with respect to the proportion of advanced (stage III-IV) disease. Thus, further studies are clearly required to ascertain whether diagnostic TURBT increases the risk of metastatic diseases for UCB patients with extravesical pathological stage (T3 and T4).

Both TURBT and cystoscopic biopsy are performed to obtain histologic evidence for patients with suspicion of UCB in daily clinical work. Diagnostic TURBT provides more pathological information than cystoscopic biopsy, which is of great help in pathological staging diagnosis and therapeutic decision-making. However, compared with cystoscopic biopsy, TURBT makes larger wounds in the bladder wall, induces higher level of pressure within the bladder, and causes some complications especially for T3–4 patients, such as bladder perforation. Moreover, diagnostic TURBT costs more in medical fees than diagnostic cystoscopic biopsy. Thus, patients who received cystoscopic biopsy as the diagnostic surgical approach before RC were identified as the control group, comparing the oncologic outcomes with those received diagnostic TURBT before RC and verifying the impact of diagnostic TURBT in tumor metastasis for high-grade, stage T3/T4 UCB. In addition, although CT and MRI have limited capability to detect microscopic invasion of the perivesical fat, it may be used to find T3b disease or higher with greater diagnostic accuracy [17]. Taken together, some surgeons of our centers were inclined to choose diagnostic cystoscopic biopsy for patients with clinical T3 and T4 stage confirmed by CT scans before eventual RC. Considering the retrospective feature of our study, whether a patient received diagnostic TURBT or cystoscopic biopsy was based on surgeon–patient decision rather than other standards. In addition, we found that there were more patients with larger tumor size in the biopsy group than in the TURBT group in our cohort (p = 0.017), suggesting that tumor size was an important factor that was considered in making the surgeon–patient decision. In other words, when a larger tumor was detected, the biopsy, rather than the diagnostic TURBT, was more likely to be performed.

The current study was limited by the inherent retrospective feature, which makes it impossible to evaluate the differential impact between TURBT and biopsy in increasing the degree of CTCs count. Another limitation lies in the fact that none of the patients enrolled in the current study received neoadjuvant chemotherapy (NAC). Indeed, NAC could improve the survival of patients with MIBC. However, no molecular profiling of the tumor is now available to identify responders, which will lead to overtreatment of nonresponders. In addition, delayed cystectomy in nonresponders may compromise final outcome. Thus, even in the majority of American and European clinical practice, the utilization rate of NAC was low [18–22]. In our centers, though NAC was recommended to patients, no patient decided to undergo NAC before the RC, which can be attributed to the concerns mentioned above. Furthermore, as we only included tumors with extravesical stage (pathological stage T3 and T4), whether diagnostic TURBT remains as a risk factor for tumor metastasis for tumors with organ-confined stage (stage T1–2) is unknown. Other Limitations of our investigation include the relatively small sample size and short follow-up period. However, for tumors with this pathological stage, the majority of progression events would occur within 2 years after the RC.

In conclusion, our results provide the first evidence that diagnostic TURBT before RC may induce an unfavourable PFS for patients with pathological high-grade, stage T3/T4 UCB. However, further prospective, randomized studies with larger sample size and longer follow-up period are needed.

Haichao Huang collected the data of The First Affiliated Hospital of Xiamen University, wrote the article, performed the statistic works and analyzed the data. Zhenhua Liu collected the data of Peking University First Hospital. Haichao Huang and Zhenhua Liu contributed equally to this work. Wei Yu and Jinchun Xing designed the study. Jie Jin reviewed the article and made suggestions for revision. Xin Li contributed the figures. Wei Li provided the tables. All authors approved the final manuscript as submitted and agree to be accountable for all aspects of the work.