Liver cancer is the second leading cause of cancer-related death among men worldwide. There were an estimated 782,500 new liver cancer cases and 745,500 liver cancer-related deaths in 2012 worldwide. China alone accounted for approximately 50% of the total number of cases and deaths [1]. Liver cancer is a complex and multifactorial disease regulated by both genetic and environmental factors. Epidemiological studies have shown that the major environmental risk factors for liver cancer include chronic Hepatitis B virus (HBV) and Hepatitis C virus (HCV) infection, dietary aflatoxin exposure, alcohol consumption, cigarette smoking, obesity, diabetes, and iron overload [2, 3]. However, not all individuals with exposure to these risk factors develop liver cancer. Hepatocellular carcinoma (HCC) accounts for between 70% and 85% of primary liver cancers. Recently, some Genome-wide association studies (GWAS) have identified several loci associated with the risk of HCC, such as SNPs in the gene KIF1B, MICA, HLA-DQA/DQB, and GRIK1, respectively [4–6].

Acylphosphatase 2 (ACYP2) encodes a small cytosolic enzyme (11 kDa) that is widely expressed in vertebrates. Two isoenzymes have been identified (muscle and erythrocyte) that share 56% sequence identity [7]. ACYP2 hydrolyzes the phosphoenzyme intermediate of various membrane pumps such as the Ca2+/Mg2+-ATPase from the sarcoplasmic reticulum of skeletal muscle [8]. Overexpression of ACYP2 induces cell differentiation [9] and apoptosis [10]. In addition, a genome wide association study demonstrated an association between ACYP2 polymorphisms and telomere length [11].

Interestingly, telomere length was also correlated with risk of liver cancer [12, 13]. However, a direct association between single nucleotide polymorphisms (SNPs) in ACYP2 and susceptibility to liver cancer has not been established. We hypothesized that genetic variations in ACYP2 could influence susceptibility to liver cancer. We selected 13 SNPs from the HapMap databases with a minor allele frequency (MAF) > 5% in the Chinese Han population, and designed a case-control study to investigate the associations between these SNPs and the risk of liver cancer.

The characteristics of all study participants are shown in Table 1. There were 473 liver cancer patients (390 men and 83 women) and 564 healthy controls (339 men and 225 women) included in the study. The average ages of the cases and controls were 55.8 and 53.9 years, respectively. There were significant differences in the age and gender distribution between the cases and controls (P < 0.05) (Table 1). Therefore, we adjusted for these variables in the multivariate, unconditional logistic regression.

Table 2: Allele frequencies distribution and association with the risk of liver cancer

Table 4: Genetic model analyses of the association between SNPs in ACPY2 and the risk of liver cancer

P-values were calculated using the Wald test with adjustment for age and gender. 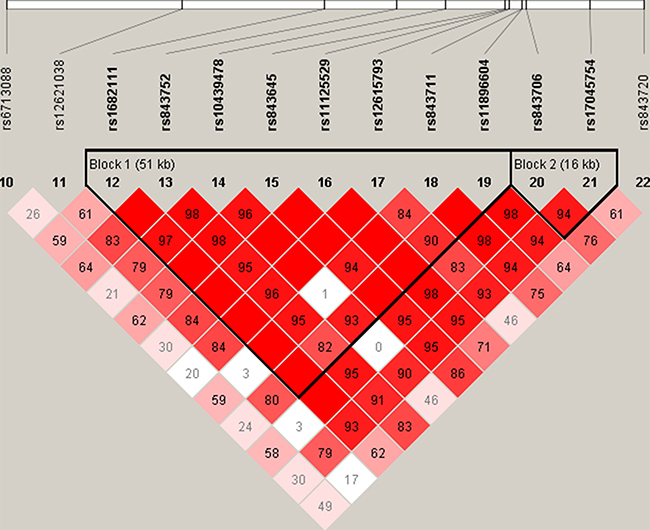 Table 5: Association between ACYP2 haplotypes and the risk of liver cancer

We did not observe an association between rs11125529 and the risk of liver cancer. Previous studies have investigated the association between rs11125529 and coronary heart disease (CHD) [14], gastric cancer [15], high-altitude pulmonary edema (HAPE) [16], glioma [17], and head and neck squamous cell carcinoma [18]. However, no significant associations have been detected. Rs11125529 was associated with a decreased risk of breast cancer in a Han Chinese population based on a genotype model (AC vs. CC) [19], but it was associated with an increased risk of ischemic stroke [20]. A recent genome-wide meta-analysis found that rs11125529 in ACYP2 was associated with telomere length [11]. Telomeres are critical for maintaining chromosomal stability and integrity [21–23]. They are approximately 10–15kb in human somatic cells and become progressively shorter by approximately 30–200 bp with each round of cell division as a result of incomplete DNA replication at the 3′ ends of chromosomes [24]. A reduction in telomere length to a critical threshold can lead to double-strand breaks, cell senescence, or apoptosis, which can accelerate human aging and death [21, 25]. Telomere length has been implicated in the development of multiple cancers, including hepatocellular carcinoma [12], lung [26], breast [27], bladder [28], and gastric [29], and so on.

Hepatocarcinogenesis is through that the genomic changes progressively alter the hepatocellular phenotype, thereby produce cellular intermediates, and ultimately develop into liver cancer [32]. The pathogenesis of liver cancer is considered a multistep and complex process. Previous study has shown that HBV and HCV infection often cause hepatitis, hepatic damage, and subsequent cirrhosis, eventually initiating liver carcinogenesis [33]. Inflammation is also closely associated with liver cancer initiation, progression, and metastasis. Inflammatory cells by releasing chemicals to induce peripheral cell mutation, and promoting the development of liver cancer [34]. Carcinogens (as pesticides) can promote spontaneous initiation, cytotoxicity with sustained cell proliferation, oxidative stress, formation of activated receptors and some others to increase the risk of liver cancer [35]. In addition, previous reports showed that multiple genetic and epigenetic changes are involved in the molecular pathogenesis of liver cancer, for example, somatic mutations in the p53 tumor suppressor gene (TP53) and the activation of the WNT signal transduction pathway [33, 36]. However, the pathogenesis of liver cancer has not been elucidated completely, and need to be further explored in the future.

Our study had several limitations. First, all study participants were of the Han Chinese population and our sample size was relatively small. Second, many other risk factors including smoking and alcohol consumption were not analyzed due to a lack of corresponding clinical data. Third, we did not perform any functional analyses. Finally, because our study is the first to report associations between ACPY2 SNPs and liver cancer, larger and more comprehensive analyses of other patient populations must be performed to confirm our results.

All statistical analyses were performed using the Statistical Package for Social Sciences (SPSS, version 19.0) and Microsoft Excel. The genotype frequency distribution of the 13 SNPs in the controls was analyzed for deviations from HWE using Pearson’s chi-square tests. Age, gender, allele, and genotype frequencies were compared between the cases and groups using chi-square tests/Fisher’s exact tests. We analyzed the associations between SNPs in ACPY2 and the risk of liver cancer under dominant, recessive, and additive genetic models using the PLINK software. We used the Haploview software package (version 4.2) platform for analyses of pairwise LD and haplotype structure. ORs and 95% CIs were calculated using unconditional logistic regression models and adjusted for age and gender. A P-value < 0.05 was considered statistically significant and all statistical tests were two-sided.

We wish to thank all the patients for providing blood samples. We also thank the staff for collecting the data.