Methods: This nationwide cohort study used the Taiwan National Health Insurance Research Database. Cirrhotic individuals and their matched controls were identified from 2001-2008. In all, 9 313 cirrhotic patients aged 20 years or older were matched by age, sex, and index date with the non-cirrhotic individuals (n = 37 252). Cirrhosis was categorized into alcoholic cirrhosis and cirrhosis without alcohol. Type 2 diabetes mellitus was identified from January 2001- December 2011.

Conclusions: This study indicates that alcoholic cirrhosis is a significant risk factor for type 2 diabetes mellitus compared with cirrhosis without alcohol.

Liver cirrhosis has been strongly associated with type 2 diabetes [3]. However, the association between T2DM and subcategories of cirrhosis is poorly understood. In this study, liver cirrhosis was categorized into two groups: alcoholic cirrhosis and cirrhosis without alcohol to investigate their association with diabetes mellitus.

The data sources were the 2005 and 2010 Longitudinal Health Insurance Databases (LHID 2005 and 2010). These datasets contain de-identified secondary data which have been released to the public for research purposes. This study was exempted from full review by the Institutional Review Board. Informed consents were not applicable.

The Chi-square test was used for the nominal variables between cirrhotic and comparison individuals. Pearson Chi-square was used to compare the differences in the distribution of variables between patients with alcoholic cirrhosis and those with cirrhosis without alcohol. A two-tailed t-test was used to compare the mean difference between individuals or groups. The incidence density (per 1 000 person months) of DM and its 95 % confidence interval (95% CI) were calculated. Cox proportional hazard model was used to estimate the hazard ratios (HR) and 95% CI of cirrhosis and other covariates. Because of the high rate of patients with cirrhosis, competing-risk regression was also performed using the Fine and Gray model. Statistical analyses were performed using SAS 9.3 software while a p-value <0.05 was considered as statistically significant.

﹟Significantly different between patients with alcoholic cirrhosis and cirrhosis without alcohol p < 0.05 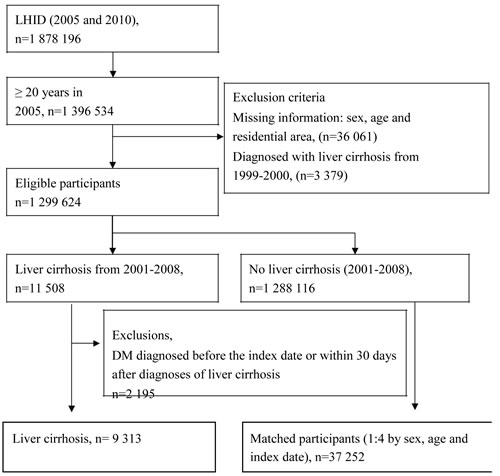 Figure 1: Flowchart of the study participants.

Table 3: Hazard ratios and 95% confidence intervals of type 2 diabetes mellitus associated with cirrhosis and covariates in men and women

In this large nationwide cohort study, a positive association was found between alcoholic cirrhosis as a risk factor for the development of type 2 diabetes. Previous studies have reported significant proportions of cirrhotic patients with diabetes [17-21]. Nonetheless, cirrhosis was not analyzed by subgroups. In a case-control study, 47% of patients with cryptogenic cirrhosis had T2DM compared to 22% of the controls [22]. Another study showed that the risks of T2DM were 7.6 and 5.3 times higher in hepatitis C and alcoholic cirrhosis, respectively [1]. However, only a few variables were considered during analysis.

In this study, when categorized by sex, a higher risk was found particularly in men with alcoholic cirrhosis. However, after including cirrhosis subgroups in the competing risk analysis, T2DM risk was found to be significantly higher in both men and women. Heavy amounts of alcohol have shown direct diabetogenic effects [23]. One study has reported a significant association between alcohol intake and T2DM with a relative risk of 1.5 per 137.8 g of alcohol intake in the past week [15]. Other studies found that moderate alcohol consumption was negatively correlated with T2DM even with an intake beyond 48 g / day [24]. Alcohol consumption has been inversely associated with fasting and post-load insulin levels [25, 26]. It has also been reported that excess alcohol may reduce insulin-mediated glucose uptake [21] and can cause injury to pancreatic islet β-cells resulting in type 2 diabetes mellitus [27]. In addition, alcohol can also cause fatty liver disease leading to dysfunction of the mitochondria, thereby increasing the risk of T2DM [28, 29].

Participants who used higher doses of antihypertensive and antihyperlipidemic agents were also found with higher risks of T2DM when compared with non-users. Past studies have associated diuretics and β-blocker with increased risk of diabetes [26]. When analyzed by sex, we found that long-term use of ACEI, β-blocker, diuretic and fibrates women were positively associated with T2DM in both men and women. Therefore, it was important that such confounders be adjusted.

We also found a lower risk of T2DM among patients suffering from HBV. The HR was lower but not significant for HCV. However, unspecified hepatitis was significantly associated with increased risk of T2DM. Previous studies have reported diverging conclusions on the association between HCV and T2DM [30]. Results from a meta-analysis indicate that HBV itself may not be pro-diabetic [31]. Among the cirrhotic individuals in this study, about 22.33 % had HBV. However, whether all the cases of cirrhosis were HBV-derived cannot be fully explained.

Our study made use of a large sample size with a longer period of follow-up. However, it was not without limitations. First, the severity of cirrhosis could not be determined. Second, there was a dearth of information about lipid and blood glucose levels. Lastly, information on alcohol intake was not available. Alcoholic cirrhosis was defined based on the ICD-9 CM codes, and hence information bias cannot be ruled out.

PHH and YPL designed the study, managed the literature searches and summarized previous related work. JYH and ONN analyzed and interpreted the data. PHH, CCL and CCH wrote the manuscript. All authors critically reviewed and approved the final version of the manuscript.

Support for this study was provided by the Chi Mei Medical Center, grant number CMCSU10203.

22. Poonawala A, Nair SP, Thuluvath PJ. Prevalence of obesity and diabetes in patients with cryptogenic cirrhosis: a case-control study. Hepatology. 2000; 32:689–92.