Growth differentiation factor 15 (GDF-15) is structurally similar to the human transforming growth factor β (TGF-β), also being called nonsteroidal anti-inflammatory drug (NSAID)-activated gene-1 (NAG-1), macrophage inhibitory cytokine 1 (MIC-1), prostate differentiation factor (PDF), placental bone morphogenetic protein (PLAB), and placental TGF-β (PTGF-β) [1]. In the normal physiological states, the expression level of GDF-15 is very low in the majority cell types and tissues except for the macrophages and placenta [2]. In conditions of acute injury, inflammation, and cancer, GDF-15 will be expressed at a dramatically high level [3–5]. GDF-15 is overexpressed in numerous types of tumors such as colon cancer, prostate cancer, pancreatic cancer, breast cancer, and thyroid carcinomas [6, 7]. Measuring GDF-15 levels can be used in the diagnosis and management of the diseases. Elevated expression levels inside the primary tumor are related to increased serum levels of GDF-15, suggesting a constant release of GDF-15 from the primary tumor into the blood flow [8]. Actually, serum GDF-15 levels are often increased in patients suffering from different types of cancer, including ovarian cancer, pancreatic cancer, and prostate cancer. Therefore, GDF-15 seems to be involved in regulating tumor cell growth.

Thyroid nodule is one of the common benign thyroid disorders [9]. With the widely used technology of modern ultrasound the prevalence of thyroid nodules has risen up to 76 % [10], but the molecular mechanisms of thyroid nodules are still not clear. The natural occurring thyroid growth heterogeneity could provide a reasonable explanation for the early stages of nodule formation. If there is a high inherent growth potential in a thyrocyte or if the thyrocyte is affected by some protooncogene overexpression or some growth factor or it is hit by some oncogene or other molecular events, the cell will proliferate to form a tumor [11]. 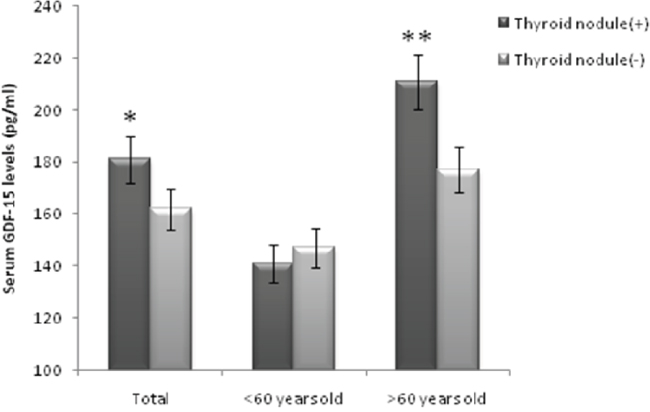 Table 2: Crude and partial correlation between serum GDF-15 and clinical parameters in the study subjects

The analysis also included gender, FT3, CHO, LDL which were all excluded in the final model.

Association between GDF-15 and thyroid nodule

The analysis also included age gender, BMI, FT3, FT4, thyroglobulin, insulin, TG, and thyroid volume which were all excluded in the final model.

Table 5: Adjusted ORs and 95% CIs for thyroid nodule according to GDF-15 quartiles in subjects

GDF-15, also known as macrophage inhibitory cytokine 1, was described as a distinct member of TGF-β superfamily [1]. GDF-15 expression and secretion are both increased in some malignant tissues and cancer cell lines when compared with their normal tissues or cells [18, 19]. In addition, the serum GDF-15 levels in human cancer patients are high, with declining patient survival. Measurement of serum GDF-15 level has been proposed as an indicator for cancer progression and risk assessment [20]. The intuitive response is to consider the highly expressed GDF-15 protein as a driving factor in tumor growth. GDF-15 can stimulate the activation of Akt and the extracellular signal-related kinase (ERK) pathway [21]. Except for its direct bioactivity in cancer cells, GDF-15 has frequently been reported to modulate the tumoral microenvironment [22] and regulate the immunization. Pro-angiogenesis could be another way for GDF-15 to promote tumor growth. Some research indicated that GDF-15 is related to malignant thyroid follicular neoplasia [23], but so far there is no evidence to imply the association between GDF-15 and begin thyroid nodule. Our results supported that GDF-15 may be involved in the formation of thyroid nodules in type 2 diabetes. And thyroglobulin is independently associated with GDF-15. As far as we know, this is the first study to link GDF-15 and thyroid nodule. Large-scale investigations will be needed to testify this connection in the future.

Thyroid nodule is a common disease in clinical practice. The accurate mechanism of thyroid cell proliferation remains unclear. It was reported that impaired glucose metabolism is a risk factor for enlarged thyroid and increased nodule prevalence [14]. Other studies have also revealed that type 2 DM has an effect on the formation of thyroid nodules [24, 25]. Patients with type 2 DM had larger thyroid and elevated risk of thyroid nodule formation [14]. The reason for having higher thyroid nodule prevalence in diabetic patients is uncertain. Some studies reported that circulating concentrations GDF-15 in patients with type 2 diabetes were much higher [15, 16], and GDF-15 is related to cell hyperplasia in type 2 diabetes [17]. It is logical to consider GDF-15 as a risk factor for thyroid cell proliferation in diabetes. Our findings confirmed this, we found serum GDF-15 levels were independently associated with thyroid nodule in diabetic patients over 60 years.

Hypothyroidism is a well-known stimulator of thyroid growth [26]. Another mechanism involved in thyroid cell proliferation is thyroid autoimmunity [27]. The Hashimoto thyroiditis includes proliferating nodules formation, cytological alterations, and nuclear modification similar to papillary thyroid carcinoma [28]. Although we found decreased FT3 and FT4 levels in the subjects with thyroid nodule, but after adjusting age and other confounders, FT3 and FT4 levels were not related to thyroid nodules which means the lower levels of FT3 and FT4 may be caused by old age, which is consistent with previous studies [29]. In the present study, maybe because of the sample size, we didn't find hypothyroidism and thyroid autoimmunity were related to thyroid nodule. And we didn't find GDF-15 was associated with hypothyroidism and thyroid autoimmunity either.

Our study has some limitations. Firstly, there was not enough information about the morphological characteristics of thyroid nodules such as nodule diameters and uni-/multinodularity. Secondly, the cytological and/or histopathological outcome of each thyroid nodule has not been assessed. Including these assessments may improve the strength of future studies. Thirdly, because the subjects were from the clinic of our hospital, a single center in China, the study population may not represent the general population.

Serum samples were isolated and stored at -80°C until analysis. The serum GDF-15 levels were detected by ELISA with Duoset kit (DY957; R&D Systems, Minneapolis, MN) in duplicate according to the recommendations of the manufacturer. The ELISA system possesses an inter-assay coefficient of variation of 4-10% and intra-assay coefficient of variation of 3-9%, respectively.

Normally distributed data were shown as means ± SD, non-normally distributed data were expressed as median (interquartile range) and log-transformed to approximate normality prior to analysis. Unpaired Student’s t-test was used to test differences between groups. Correlation coefficients between GDF-15 and other parameters were calculated by Pearson correlation analysis. Multiple stepwise regression analysis was used to determine the relationship between serum GDF-15 and other parameters. Multiple logistic regression models were used to calculate the odds ratios (ORs) for thyroid nodule. Variables entered in the model were chosen according to the clinical and statistical significance. Any variable having a significant univariate test at 0.20 was selected as a candidate for the multivariate analysis. In the end, variables included in the model were age, gender, BMI, FF3, FT4, thyroglobulin, insulin, TG, and thyroid volume. Covariates were removed from the model if they were non-significant and not a confounder. We divided the subjects into two groups by age at 60 years old and analyzed the associations of GDF-15 and thyroid nodule in different age groups. All statistical analysis was conducted using SPSS Statistical Package (version 13.0; SPSS Inc., Chicago, IL). P values < 0.05 were considered statistically significant.

In conclusion, our study suggests that serum GDF-15 is a marker for the development of thyroid nodule in patients with type 2 diabetes over 60 years old. Measurement of serum GDF-15 could be useful for thyroid nodule risk stratification in the diabetic population.

29. Corsonello A, Montesanto A, Berardelli M, De Rango F, Dato S, Mari V, Mazzei B, Lattanzio F, Passarino G. A cross-section analysis of FT3 age-related changes in a group of old and oldest-old subjects, including centenarians’ relatives, shows that a down-regulated thyroid function has a familial component and is related to longevity. Age and Ageing. 2010; 39: 723-727.