Breast cancer is the most common malignant tumor that occurs in women worldwide and it is a leading cause of cancer-related deaths. There were an estimated 231,840 new cases in the United States in 2015 [1]. Breast cancer is classified based on three molecular markers: the estrogen receptor (ER), progesterone receptor (PR), and human epidermal growth factor receptor 2 (HER2). It is further classified into distinct subtypes: luminal A, luminal B, HER2, and triple negative [2–6]. Triple negative breast cancer (ER-, PR-, and HER2-negative) is associated with an increased risk of early metastasis and local recurrence relative to the other breast cancer subtypes [7]. Chemotherapy is the primary method of treatment of triple negative breast cancer patients, and the potential benefits of adjuvant radiotherapy are not yet clear [8]. Treatment of breast cancer patients is therefore challenging given the lack of treatment options. 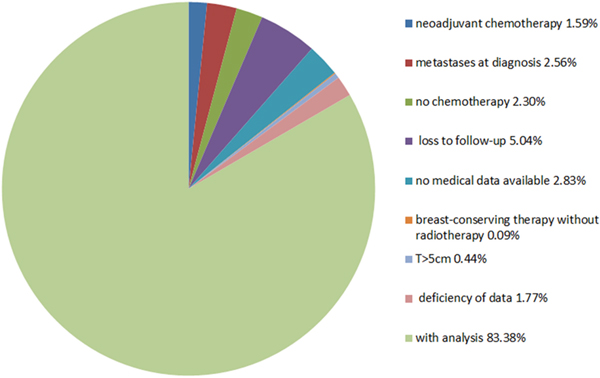 Table 1: Characteristics of 943 patients with triple negative breast cancer between 2008 and 2012

*the patients who were not conform to the criteria or too few were excluded.

Figure 4: Kaplan-Meier analysis showing (a) OS, (b) DFS, and (c) LRFS for patients with T1/T2 triple negative breast cancer patients with no positive lymph nodes who were treated with breast-conserving surgery with post-operative radiotherapy (n = 38) or mastectomy alone (n = 466).

Data from the Danish Breast Cancer Cooperative Group 82b and 82c trials indicated post-mastectomy radiotherapy was not beneficial for triple negative breast cancer patients who had positive lymph nodes and/or T3-4 tumors [24]. However, these findings were not confirmed by other studies [19–22]. A population-based study from Sahlgrenska University Hospital reported that post-operative radiotherapy had no impact on the survival of patients from two similar regions of Sweden who were managed similarly. However, they did find that radiotherapy was indicated for patients with 1–3 positive nodes [25]. Finally, McBride et al. reported that patients with 1–3 positive nodes without risk features had a low rate of local recurrence, even in the absence of radiotherapy [16].

In this study, the primary outcome was relative survival. We analyzed differences in survival among triple negative breast cancer patients with either 1–3 or ≥ 4 positive nodes who were treated with similar surgical procedures and adjuvant chemotherapy with the exception of post-mastectomy radiotherapy All patients received adjuvant therapy. Therefore, the relative effects of minor differences in chemotherapeutics were not significant.

Bassam et al. reported that women with T1-2/N0 triple negative breast cancer who were treated with modified radical mastectomy without post-mastectomy radiotherapy had an increased risk of loco-regional recurrence compared to those treated with lumpectomy and adjuvant radiotherapy [26]. Decisions regarding the surgical approach for breast cancer treatment may reflect economic and cultural differences. Breast-conserving surgery is the primary surgical treatment for breast cancer worldwide. Approximately 60%–70% of patients with stage 0−II breast cancer in the United States undergo breast-conserving surgery [27]. However, a multicenter retrospective study in China indicated that modified radical mastectomy is still the most common surgical approach in China for breast cancer treatment [28].

All medical records were collected with the consent of the patients. The study protocol was approved by Harbin Medical University Cancer Hospital, Harbin, China. The inclusion criteria were (1) primary, operable triple negative breast cancer with tumor size ≤ 5 cm; and (2) clinical data available between the initial diagnosis and clinical follow-up. The exclusion criteria were (1) locally advanced disease with recurrent tumors, (2) treatment with neo-adjuvant chemotherapy, (3) metastatic disease, (4) tumor size > 5 cm, (5) the presence of too few cases (number<5) which were no advantage of statistical analysis.

ER, PR, and HER2 status was assessed by immunohistochemistry. We considered > 10% nuclear staining of ER and PR in the invasive component of the tumor to be positive. The intensity of the anti-HER2 staining was divided into four grades from 0–3 such that 0 was negative, 1 was slightly positive, 2 was indeterminate, and 3 was positive, as described previously [34, 35]. We re-categorized grades 0 and 1 as negative, and grade 3 was considered positive. Fluorescent in situ hybridization was performed on all grade 2 samples. Samples with a < 2-fold change in expression were considered negative, and samples with a > 2-fold change were considered positive for HER2 gene amplification [36]. Tumor samples with Ki67 ≥ 14% were considered highly proliferative [37].

All patients we analyzed were followed-up every 3–6 months for the first 5 years and every 12 months thereafter. The clinical and pathological records of all patients in the study were reviewed regularly as part of the analysis. Patients were followed for ≥ 5 years at the Harbin Medical University Cancer Hospital or until they died. We evaluated OS, DFS, and LRFS. Survival time was defined as the period from the date of diagnosis to either the date of death or the end of the study (June 31, 2015).

The authors thank all the patients who provided data and the research staff for their contributions to this project.