A genome-wide association study identified a common genetic variant rs4939827 at 18q21 in SMAD7 to be related with colorectal cancer (CRC) risk with OR=1.2 and P =7.80E-28. Until recently, several meta-analysis studies have been conducted, and reported significant association between rs4939827 and CRC risk. However none of these studies evaluated the potential association between rs4939827 and CRC risk in Chinese population. In this study, we evaluated this association by a meta-analysis using 12077 samples including 5816 CRC cases and 6261 controls. In the end, we identified the T allele of rs4939827 to be significantly related with an increase CRC risk (P=2.22E-05, OR=1.14, 95% CI 1.07-1.21) in Chinese population.

It is reported that colorectal cancer (CRC) is the third most common type of cancer and the leading cause of cancer death, which could cause about 600,000 deaths in the world annually [1–2]. Evidence shows that CRC is a common human complex disease, which is considered to be caused by the interactions between genetic variants and environmental factors [1–2]. It is reported that some factors including allele frequencies, specific linkage disequilibrium structure, and special genetic and environmental backgrounds may cause the risk alleles variation to CRC risk in different populations [3]. Meanwhile, evidence showed racial differences in the incidence of colorectal cancer [4–6]. The incidence in native Chinese is significantly lower than in Chinese-Americans, who have similar rates with the native Americans [5]. Virk et al. reported the significant differences in the incidence of colorectal cancers in various racial subgroups in British Columbia [5]. The incidence in Chinese Canadians population is significantly lower than in Caucasian Canadians and South Asian Canadians [5]. There are also different survival and clinicopathologic features in colorectal cancer in African American, Caucasian, and Chinese patients [7]. All these findings indicate that it is still necessary to evaluate a specific variant in a specific population, which would be informative to reveal the disease mechanism [3]. 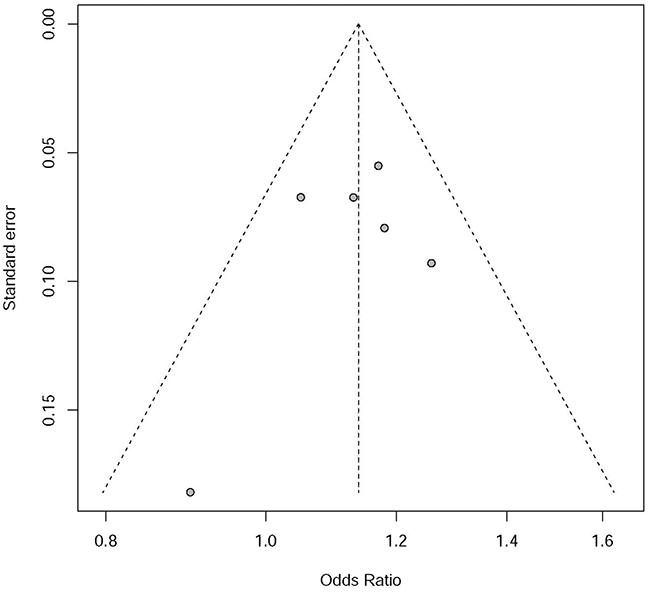 Evidence shows decreased SMAD7 expression in CRC cases [24]. Evidence also supports a role for SMAD7 in sustaining colon tumorigenesis [25]. SMAD7 could block TGFβ signaling [26]. Boulay et al. previously evaluated the clinical relevance of the deletion of SMAD7, and identified SMAD7 to be a prognostic marker in CRC patients and play an important role in tumor suppression [26]. The loss of SMAD7 could cause carcinoma cells more sensitive [26]. The gain of SMAD7 could cause TGFβ resistance [26]. Phipps et al. investigated the association between rs4939827 and survival of 2611 individuals with CRC [27]. The results indicated that the minor allele in rs4939827 was significantly associated with reduced overall survival and disease-specific survival. All these findings show that rs4939827 variant could affect CRC progression [27]. In addition to the rs4939827 variant, evidence also showed that both rs12953717 and rs11874392 variants were also associated with risk of CRC [24].

In the PubMed database, we selected the potential studies using the key words ‘SMAD7’ + ‘colorectal cancer’ + ‘meta’ (n=9), and ‘rs4939827’ + ‘colorectal cancer’ + ‘meta’ (n=6). We also applied Google Scholar (https://scholar.google.com/), Chinese National Knowledge Infrastructure (CNKI), Baidu Scholar (http://xueshu.baidu.com/) to search manually all associated publications citing the original CRC GWAS [9]. Here, we limit our analysis in Chinese populations including a native or inhabitant of China or a person of Chinese ancestry. There is no limitation on language searched. We included the colorectal cancer cases and excluded the colorectal adenomatous polyps cases.

The selected studies should provide (1) a case-control design in Chinese population; (2) association between rs4939827 and CRC risk; (3) odds ratio (OR) with 95% confidence interval (CI) for allele model T vs. C; or (4) sufficient data to calculate the OR and 95% CI for allele model The following items were extracted (1) the name of the first author; (2) the year of publication; (3) the population and ethnicity; (4) the numbers of CRC cases and controls; (5) the OR with 95% CI; All the possible studies are excluded: abstracts and reviews; and duplicated publications. More detailed information is described in previous studies [15–17, 28–30].

In general, the genetic case-control association studies may be spurious if the distribution of genotypes in the healthy control groups deviates from Hardy-Weinberg equilibrium (HWE). A variant strongly associated with the disease would sometimes show deviance from HWE in case samples [31]. Thus all the selected studies evaluated the potential deviates from HWE in control groups [31]. If the original study provides the control genotype number, we calculated the HWE by a chi-square test [32–33]. If the original study does not provide the control genotype number, we extracted the HWE information from the original studies.

6. Whittemore AS. Colorectal cancer incidence among Chinese in North America and the People’s Republic of China: variation with sex, age and anatomical site. Int J Epidemiol. 1989; 18: 563-8.

29. Kavvoura FK, Ioannidis JP. Methods for meta-analysis in genetic association studies: a review of their potential and pitfalls. Hum Genet. 2008; 123: 1-14.