Colorectal cancer (CRC) is one of the leading causes of cancer-related morbidity and mortality [1]. Except for advanced age, family history, male sex, and lifestyle factors which contribute to the increased risk of CRC, many genetic factors has been identified to be associated with susceptibility [1–6]. High-penetrance germline mutations, mismatch repair genes, together with identified loci from genome-wide association studies (GWAS), account for about 14% of the familial risk of CRC [7]. However, a large part of heritable factors are warranted to be explored [7, 8]. Further exploration of the interactive mechanism between genes and environment is helpful for specific diagnosis, screening, and personal treatment [9, 10].

With the innovations in sequencing technologies, long noncoding RNAs (lncRNAs) are being identified and characterized for serial steps of cancer development, including tumor initiation, growth, and metastasis [11–18]. Previously, we identified that the allele del of lncRNA GAS5 rs145204276 was significantly associated with 21% decreased risk of CRC [19]. Carriers of allele del are less likely to get lymph node metastasis, which should that GAS5 rs145204276 were significantly associated with the susceptibility and progression of CRC [19]. Here, we explored effect of genetic variants of another lncRNA on CRC risk in a case-control study, Tissue differentiation-inducing non-protein coding RNA (TINCR), a key lncRNA required for somatic tissue differentiation and tumor progression [20, 21]. Loss of TINCR expression promoted proliferation, metastasis through activating EpCAM cleavage in colorectal cancer [22].

As shown in Table 1, the characteristics of the subjects were generally comparable in two stages, as no significant difference were detected for age group, gender, alcohol status and smoking status between CRC cases and healthy controls (all the P value > 0.05). 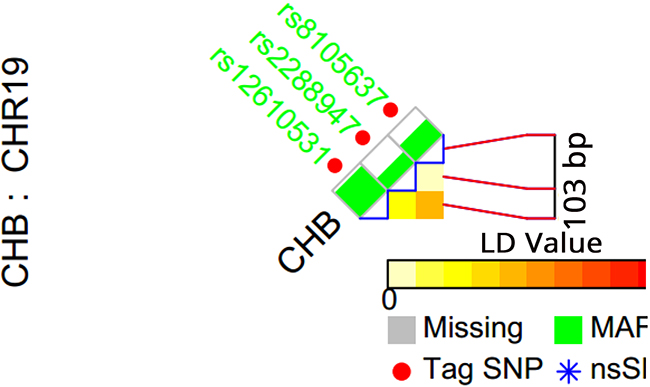 Table 2: Associations between TINCR gene polymorphisms and CRC susceptibility in stage I

The associations between rs2288947, rs8105637 and CRC susceptibility were analyzed by Tumor site (Table 4). In colon and rectum cancers, the trend was not materially changed.

The current study systematically explored the potential associations between three tagSNPs of lncRNA TINCR, including rs2288947, rs8105637, and rs12610531, and risk and progression of CRC in in a two-stage, case-control study in Chinese population. To be best of our knowledge, this should be the first study which aims to evaluated the associations between genetic variation of lncRNA TINCR and susceptibility and progression of CRC.

Recent studies have elucidated the important role and mechanism of lncRNAs in cancer development and progression, although the specific functions of most lncRNAs remain unknown [13, 14, 16–18, 23–25]. The most focused lncRNA, HOTAIR which cooperate with Polycomb complex PRC2 and reprogram chromatin organization, could promote cancer metastasis in colorectal cancer [26]. Its genetic variations have been confirmed to be associated with susceptibility of ovarian cancer, cervical cancer, breast cancer, and gastric cancer [27–32]. Very recently, Ma et al [33] reported tagSNPs of lncRNA TINCR could affect the genetic susceptibility to gastric cancer in a Chinese population. Consistent with our results, they found, the variant AG, GG, and GG+AG genotypes and G allele of rs2288947 were correlated with a remarkably reduced risk of GC (P= 0.026, 0.026, 0.008 and 0.037 respectively), compared with the AA genotype and A allele [33]. Different with our results, rs8105637 was not associated with GC risk in the report of Ma et al [33]. Using HaploReg v4.1 [34], we found rs2288947 could alter 5 motifs, including CTCF_disc9, Nanog_disc3, Rad21_disc10, SMC3_disc3, and SP1_disc3. While rs8105637 could alter expression of Pitx2, TCF12. These motifs have been confirmed to be associated with carcinogenesis and metastasis [35–40].

In the stratified analyses, we observed difference in the association between rs2288947 genotype and CRC risk according to tumor site. The association was more significant for colon cancer while not significant for rectal cancer, although the exact mechanisms for these differences are currently unclear. We also didn’t detected significant association between lncRNA TINCR rs2288947, rs8105637 and distant metastasis of CRC. They might be caused by to the limited sample size of the event cases and the insufficient statistical power.

Our study has several strengths. First, the implement of the two-stage, case-control study design, which is suggested for genetic association studies [41, 42]. Second, we have sufficient statistic power to detect such associations. Using QUANTO software (http://biostats.usc.edu/Quanto.html), we found that the statistic power for the log additive model of rs2288947 was 98%, and 92% for that of rs8105637. There are also limitations in the current study. Such as the lack of independent replication with different ethnic background, and mechanism research. Further investigations are required to gain insight into the mechanisms by which TINCR regulates the occurrence progress of CRC.

In this two-stage, cases-control study, we totally recruited 1400 CRC cases and 1400 healthy controls between 2010 and 2015, which were matched by age group, gender, alcohol and smoking status. We have described these in a previous study which evaluated the functional of LncRNA GAS5 in development and progression of CRC [19]. Five milliliter peripheral blood was collected from all subjects, and demographic information were face to face interviewed by the project staff. The study was approved by appropriate Research Ethics Committee (REC) of Renmin Hospital of Wuhan University, and written informed consent was obtained from all participants.

Biosystems, Carlsbad, CA). Quality control was conducted by direct sequencing 5% duplicate samples in blind, with a concordance rate of 100%. Furthermore, a 5% random selected sample was replicated in duplicate by different persons, and the concordance rate was 100%.

Unconditional Logistic regression model was used to calculate the Odds ratios (ORs) and 95% confidence intervals (95% CIs) for the associations between TINCRpolymorphisms and risk of CRC and its Lymph node metastasis and Distant metastasis, adjusted for age group, gender, alcohol and smoking status. Hardy-Weinberg equilibrium was tested for with a goodness of fit χ2 test with one degree of freedom to compare the observed genotype frequencies among the subjects with the expected genotype frequencies. All statistics were performed using SPSS software 19.0 (SPSS Inc., Chicago, IL, USA), and P values were two sided with the statistical significance criteria of P < 0.05 all through the study.

This study was sponsored by National Natural Science Foundation of China (81372553).