*These authors contribute equally to this work

Pancreatic cancer is the thirteenth most common cancer in the world with mortality closely parallels incidence [1, 2]. Despite decades of efforts, there are still few early detection methods and effective treatments of this disease. Nevertheless, patient survival times are varied and only partly explained by traditional clinical and pathological features [3]. Accumulating evidences have shown that germline variation such as single nucleotide polymorphisms (SNP) can not only affect cancer susceptibility [4, 5], but also confer patients with different prognosis in multiple cancers [6–8]. Genetic variation relating to transcription regulation and DNA damage repair have effects on patient survival particularly.

BRCA1 and BRCA2 are two recognized tumor suppressor genes, for the encoded proteins play important roles in transcription and DNA repair of double-stranded breaks via homologous recombination [9, 10]. Mutations in BRCA1/2 have been confirmed to give rise to multiple cancers including pancreatic adenocarcinoma [11–14]. Moreover, prognostic value of germline BRCA mutations have also been found in breast, ovarian, prostate and other cancers [15–19]. Germline variants on BRCA2 have also been identified to be associated with pancreatic cancer risk [20]. However, correlation between variants on BRCA and pancreatic cancer patients’ survival are rarely studied.

The characteristics of the 603 pancreatic cancer patients are shown in Table 1. Median follow-up time for these patients was 15 months. 523 (86.7%) patients died during our follow-up time with median survival time (MST) being 7.4 months. As expected, disease stage was strongly associated with patients’ overall survival (P < 0.0001) with MST being 13.7, 8.1 and 4.4 months for patients with local, locally advanced and metastatic stage, respectively. Patients’ gender, age, smoking or drinking status showed no significant correlation with patients’ overall survival.

‡Median age was 61 years among all cases. 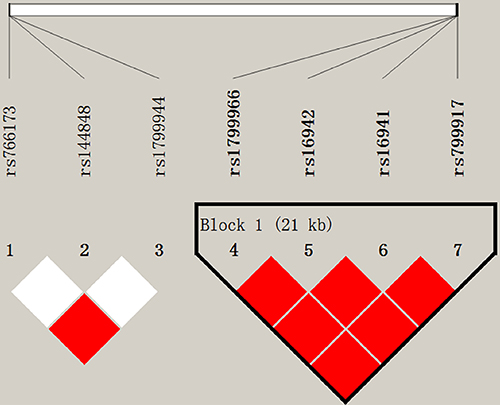 Table 2: Association between variants on BRCA1/2 and PDAC prognosis

In this study, we interrogate the correlation between germline missense variants on BRCA1/2 and pancreatic cancer patients’ overall survival. Through genotyping of three tag missense variants on BRCA1/2 in 603 Chinese pancreatic cancer patients, we discovered the prognostic value of rs1799966 (c.4837A>G [p.Ser1613Gly]) on BRCA1. Further stratification analyses showed that the association was particularly in patients with local advanced stage, but not patients in local or metastatic stage.

BRCA1 and BRCA2 are two classic tumor suppressor genes that play important roles not only in tumorigenesis but also cancer progression and outcome. A meta-analysis among 297,402 patients revealed that BRCA mutations were associated with worse overall survival in breast cancer patients [21]. Similar findings were also reported in prostate cancer that significant longer cause-specific overall survival has been reported for BRCA mutation non-carriers compared with carriers [22]. However, in the context of pancreatic cancer, there still lacks convincing epidemiology data or association study for the prognostic effects of BRCA germline mutation. In this present study, we found a tag missense variant (c.4837A>G [p.Ser1613Gly]) on BRCA1 significantly associated with poor prognosis of pancreatic cancer patients in a Chinese population. This variant can lead to amino acid change from serine to glycine (p.Ser1613Gly), and was predicted to have a possibly damaging of BRCA1 protein function by SIFT or Polyphen. The BRCA1 has many important functions in maintaining the normal physiology of cell and organisms [23, 24]. Its major role is involved in the regulation of cell cycle checkpoints in response to DNA damage, including the repair of DNA double-strand breaks (DSB) via homologous recombination [10, 25]. BRCA1 deficient cells lacking HR activity could accumulate DNA DSB, resulting in genomic instability, malignant transformation and progression [26]. Accordingly, we conjectured that the missense variants rs1799966 may hinder the performance of BRCA1 in the above biological process thus conferring pancreatic cancer patients in different genotypes with different risk of deterioration and survival time.

In the stratification analyses, we only observed that rs1799966 was significantly associated with survival of locally advanced stage patients. For local stage disease, patients carrying risk allele and genotype also had poorer survival (AG, HR = 1.07; GG, HR = 1.70). However, associations were not significant might because relatively small sample size, and other treatments such as chemotherapy and radiotherapy after surgery which might influence survival times. As for distant metastatic disease, the prognosis are extremely poor for both risk allele carriers and non-carriers, that the genetic effects on patients’ survival might not be obvious.

To the best of our knowledge, it was the first association study of BRCA germline variants and pancreatic cancer patients’ overall survival. Our work highlighted the important prognostic and predictive value of BRCA1 germline variants, which had been mostly regarded as a risk biomarker of pancreatic cancer though. There were still some limitations for this study. First, our findings need to be validate in replication cohorts with larger sample sizes or other populations in the future. Second, the underlying biological mechanism between rs1799966 and pancreatic cancer patients’ survival needs further investigation.

In conclusion, we identified a missense variant rs1799966 on BRCA1 associated with a worse overall survival of pancreatic cancer patients, especially in patients with locally advanced stage. Our findings not only lead to new insights into the progression of pancreatic cancer, but also suggest a target for therapy and potential biomarker for prognosis prediction.

Pancreatic cancer patients were recruited from Tongji Hospital of Huazhong University of Science and Technology, Wuhan, China. A subset of individuals were included in our previous studies [27, 28]. The diagnosis of pancreatic cancer was confirmed by two local pathologists according to the World Health Organization classification [29]. Demographic, clinical and survival information were obtained from the medical records and telephone interview. Informed consent was obtained from all participants at recruitment, and this study was approved by the ethics committee of Tongji Medical College, Huazhong University of Science and Technology.

We utilized Ensembl genome browser (http://asia.ensembl.org/index.html) to retrieve all the missense variants on BRCA1 and BRCA2, with global minor allele frequency (MAF) greater than 0.01 (using 1000 genome phase 3 data). Among which, we focused on the common variants in CHB (Han Chinese in Beijing, China) population with MAF in CHB greater than 0.05 (a total of seven variants met the standard, four on BRCA1 and three on BRCA2. Supplementary Table 1.). Then we took advantage of SIFT and PolyPhen to predict variant effects on protein function, and meanwhile measured linkage disequilibrium (LD) relations between each pair of variants using 1000 genome phase 3 data (Figure 1). Synthesizing the above results, we selected 3 tagSNPs (rs1799966 on BRCA1; rs766173 and rs144848 on BRCA2) with most likely functional as candidate for genotyping.

At recruitment, 2 mL peripheral venous blood sample was collected from each subject with informed consent. Genomic DNA was extracted using the RelaxGene Blood DNA System DP319-02 (TIANGEN). The above three candidate SNPs were subsequently genotyped using a TaqMan assay on the ABI PRISM 7900 HT platform (Applied Biosystems, Inc.). The sequences of primers and TaqMan probes for genotyping candidate SNPs are listed in Supplementary Table 3. For quality control, 5% duplicate samples were independently reanalyzed in a blinded fashion. The call rate of each SNP was over 95%.

The overall survival time was defined as the time from pancreatic cancer diagnosis to either death or the last known date alive. Cox proportional hazards regression under a log-additive genetic model with adjustment for gender, age, smoking and drinking status and stage of disease was used to measure the effects of candidate SNPs on survival. Haploview software was used to determine pair-wise LD relations. Kaplan–Meier survival estimates were plotted and P values were assessed using the log-rank test for trend. Survival analyses were performed with R (3.3.0) using “coxph” function in “Survival package”. For all analyses, statistical significance was set at P < 0.05 and all tests were two sided.

This work is supported by National Natural Science Foundation of China NSFC-81673256, National Program for Support of Top-notch Young Professionals, National High-Tech Research and Development Program of China 2014AA020609, and Specialized Research Fund for the Doctoral Program of Higher Education 20130142110017 for Xiaoping Miao.