* These authors contributed equally to this paper

For patients with EGFR mutant non-small cell lung cancer (NSCLC), several trials have consistently demonstrated EGFR-tyrosine kinase inhibitors (TKIs) such as gefitinib, erlotinib, afatinib and icotinib can result in better outcomes than standard platinum-based chemotherapy [1-4]. Unfortunately, most patients who initially respond to EGFR-TKIs will inevitably develop resistance within 1 year [5-7]. A previous study had categorized the clinical failure modes of EGFR-TKIs into three groups namely dramatic, gradual and local progression [8]. Dramatic progression was the most common failure modes (57.3%) and most of these cases are due to the malignant pleural effusion (MPE) [8-11]. Although the recommended therapeutic strategy for NSCLC patients with dramatic progression is chemotherapy [8], NSCLC patients with MPE usually are resistant to systemic chemotherapy [12, 13].

MPE is the abnormal fluid accumulation in the pleural space, which may eventually impair the normal function of the heart and be potentially life-threatening [14, 15]. Currently, there are several management options for MPE including the tube drainage, chemical pleurodesis and use of chemotherapeutic agents. However, the relapse rate can be as high as 50%. Recently, the recombinant anti-vascular endothelial growth factor (VEGF) monoclonal antibody bevacizumab, has been shown to be efficient in suppressing the accumulation of pleural fluid [16]. Several other studies have evaluated the efficacy of bevacizumab combined with chemotherapy and the results showed that bevacizumab plus chemotherapy could achieve a higher control rate (range from 60.8% to 83.3%) of MPE than chemotherapy alone and significantly alleviate the symptom [13, 17, 18].

A total of 86 patients who developed acquired resistance due to MPE were included in this study. 47 of them received bevacizumab plus continued EGFR-TKI and 39 received bevacizumab plus switched chemotherapy. The baseline characteristics of patients are listed in Table 1. The median patient age was 59 years (range, 45-78), and more than half of the patients were females (N = 56, 65.1%) and never-smokers (N = 63, 73.3%). All patients had histologically proven adenocarcinoma of the lung. The demographics including age, sex, smoking status, ECOG PS score, histological classification, EGFR mutation type, previous EGFR-TKIs therapy, and lines of treatment were similar between the two groups. Three EGFR-TKIs were used in the study, including gefitinib (55.8%), erlotinib (26.7%) and icotinib (17.5%). After progression on EGFR-TKIs, all of the enrolled patients with MPE received thoracentesis to drain the pleural fluid and the cells were collected by centrifugation for molecular testing (Supplemental Table S1). In total, forty-four patients showed EGFR T790M mutation. Among them, 23 patients received bevacizumab with the continuation of EGFR-TKI treatment and 21 received bevacizumab plus switched chemotherapy treatment (Figure 1). 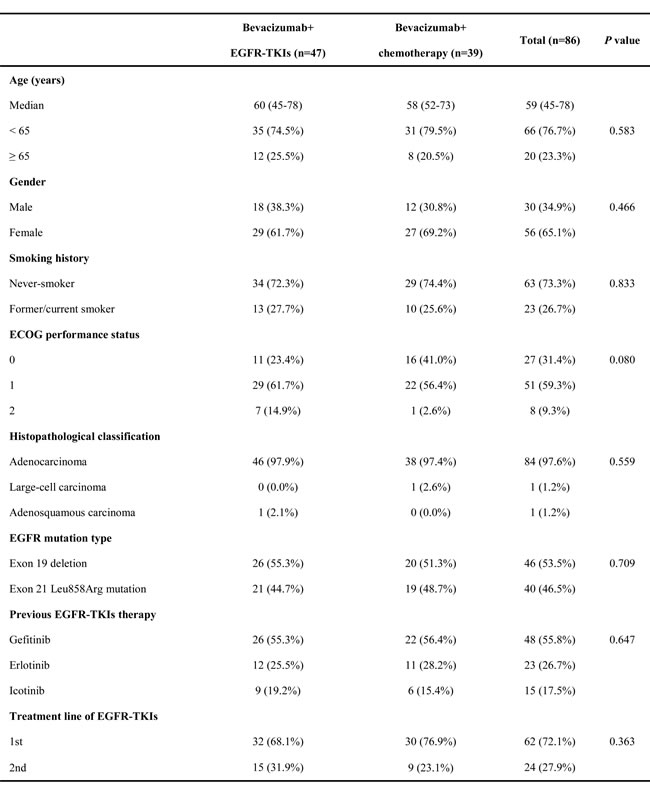 Figure 1: The flowchart of eligible patients enrolled into this study.

Response evaluation for MPE was available in all enrolled patients. In total, 78 (90.7%) patients achieved MPE control and 67 (77.9%) cases achieved complete or partial remission (CR+PR) after the addition of bevacizumab. Further analysis showed that the curative efficacy for MPE in bevacizumab plus continued EGFR-TKI group was significantly higher than that found in bevacizumab plus switched chemotherapy group (89.4% vs. 64.1%, respectively; P = 0.005) (Table 2).

Univariate and multivariate analyses on PFS and OS

Table 3: Univariate and multivariate survival analyses in all patients

As far as we know, this is the first study to assess the therapeutic effect of bevacizumab in NSCLC patients who presented with MPE as the manifestation of acquired resistance to EGFR-TKI. We found that the addition of bevacizumab was effective to control MPE in NSCLC patients after failure of EGFR-TKI therapy. Moreover, we found that bevacizumab plus continued EGFR-TKI significantly improved curative efficacy of MPE and PFS, especially in patients with T790M mutations, which suggested that bevacizumab plus continued EGFR-TKI could be considered as a proper option for EGFR-TKI acquired resistance mainly presented as MPE.

MPE is one of the common progressive modes of advanced NSCLC patients with EGFR mutation receiving EGFR-TKIs and most often represents poor prognosis [16]. The current treatment options for NSCLC patients with MPE involve the tube drainage, chemical pleurodesis and intrapleural administration of chemotherapeutic agents, etc [17, 24]. However, the clinical outcome of these therapies is inconsistent. Previous study showed that VEGF is an essential mediator in the formation of pleural effusions [25], which can promote the formation of MPE by increasing the vascular permeability, stimulating the proliferation of vascular endothelial cells, promoting the efflux of plasma proteins and activating enzymes that degrade the extracellular matrix [16, 25]. Some studies have also demonstrated that bevacizumab-based chemotherapy can significantly suppress MPE than chemotherapy alone [13, 16-18]. In a prospective study, patients with NSCLC-induced MPE were randomly assigned to receive bevacizumab plus cisplatin or cisplatin alone, it was found that the curative efficacy in bevacizumab group was significantly higher than that in the cisplatin group (83.3% vs. 50.0%, P < 0.05) [16]. Another phase II study also confirmed that bevacizuamb plus chemotherapy had a significant effect on MPE control in NSCLC patients. The MPE control rate was 91.3% in bevacizumab with carboplatin and paclitaxel group versus 78.3% in carboplatin and paclitaxel group (P = 0.08) [17]. The present study was the first study to assess the efficacy of bevacizumab plus continued EGFR-TKI or switched chemotherapy in NSCLC patients who developed EGFR-TKI acquired resistance and presented as MPE. Our results have demonstrated that the addition of bevacizumab to EGFR-TKI or chemotherapy had the similar MPE control rate (90.7%). Moreover, our study further demonstrated that the addition of bevacizumab to EGFR-TKI was more effective than to chemotherapy in EGFR mutant NSCLC patients who developed EGFR-TKI acquired resistance and presented as MPE.

We must mention that we have several limitations in this study. Firstly, the sample size is small and the nature of the retrospective study may have introduced collection bias. Secondly, not all of the patients with EGFR mutations received EGFR-TKIs as first-line treatment, which will inevitably induce the imbalance in OS analysis. Thirdly, most of the patients had their EGFR T790M mutation diagnosed by using pleural effusion, which might be inconsistent with findings from the tumor tissues. Last but not least, majority of the included patients received treatment after third-line therapy but we did not collect the details of following treatment. This would result in a bias when performed the OS analysis that should be acknowledged.

In conclusion, we found that bevacizumab was effective to control MPE in patients who developed acquired resistance to EGFR-TKI. Bevacizumab plus continued EGFR-TKI resulted in better effusion control and longer PFS than bevacizumab plus switched chemotherapy, especially for patients harboring acquired EGFR T790M mutation. This observation suggested bevacizuamb plus continued EGFR-TKI should be considered as a proper regimen for patients who have failed first-line or second-line EGFR-TKIs therapy due to MPE.

We retrospectively reviewed the medial records of advanced NSCLC patients with sensitizing EGFR mutation (either exon 19 deletion or Leu858Arg mutation) that had received bevacizumab therapy after the acquisition of resistance to EGFR-TKIs therapy (gefitinib, erlotinib or icotinib) from December 2011 and December 2015. Patients met the following criteria were included: 1) age > 18 years; 2) cytologically or histologically confirmed advanced NSCLC with EGFR sensitizing mutations (e.g. exon 19 deletion or L858R); 3) chest X-ray, ultrasonography or computed tomography (CT) scan showing newly developed or increased large areas of unilateral or bilateral pleural effusion or polyserositis; 4) malignant tumor cells found in the pleural fluid to confirm MPE; 5) without previous treatment of bevacizumab. All patients received gefitinib, erlotinib or icotinib orally at the recommended dose, either as the first-line therapy, or after first-line standard chemotherapy. Patients received first-line therapy got another line of chemotherapy upon resistance would be excluded. Once the patients got acquired resistance of EGFR-TKI due to MPE, their pleural fluid (50 mL) was drained for cytological evaluation and molecular mutation detection were performed once cancer cells were found in the pleural fluid. The other local therapies such as talc pleurodesis and chemotherapy were excluded into this study. Considering the situation that bevacizumab is still not covered by the health insurance system in China and AVAiL study showed that bevacizumab of 7.5 mg/kg had a similar PFS as the dose of 15 mg/kg, bevacizumab was administrated 7.5 mg/kg by intrathoracic or intravenous injection initially and then intravenously on day 1 of a 21-day cycle until progressive disease (PD) again. Major clinicopathological characteristics including demographic information, Eastern Cooperative Oncology Group performance status (ECOG PS), smoking history, clinical staging [30] and lung cancer histology (WHO classification) [31] were collected. Never smoking was defined as < 100 cigarettes in a lifetime. Smoking status, ECOG PS and age were evaluated at the time of diagnosis. The response to treatment was recorded in accordance with the Response Evaluation Criteria in Solid Tumors guidelines (version 1.1) and the survival via Kaplan-Meier method. The study was conducted with the approval of the ethics committee in Shanghai Pulmonary Hospital and a written informed consent was obtained from each participant to use his or her clinical information for research analysis. All of us confirmed that all methods were performed in accordance with the relevant guidelines and regulations.

After the development of resistance to EGFR-TKIs therapy and manifested mainly as MPE, the eligible patients received bevacizumab plus continuation of EGFR-TKIs or switched to chemotherapy and bevacizumab as the 2nd or 3rd line treatment. This is a retrospective study and the therapeutic regimen in this study was assigned according to the agreement between the patients’ decision and thoracic oncologists’ consultation. The chemotherapy setting was identified according to doctor’s experience and patients’ willing, economic situation and performance. The evaluation of MPE control was determined according to previous studies [13, 16, 32]. Briefly, complete remission (CR) meant the accumulated fluid had disappeared and remained stable for at least four weeks; partial remission (PR) was defined as when >50% of the accumulated fluid had disappeared, symptoms had improved, and the remaining fluid did not increase for at least four weeks; remission not obvious (NC) was considered when <50% of the accumulated fluid had disappeared; PD was considered when the accumulated fluid had increased. The curative efficacy for MPE was calculated by taking the sum of CR and PR. Baseline assessments were usually performed within 2 weeks of starting treatment after thoracentesis. A chest CT scan was performed every 2 cycles (6 weeks) in routine clinical practice or otherwise as symptoms indicated. Responses were confirmed by subsequent CT scans performed 4 to 6 weeks after the initial response documentation.

Categorical variables were compared using chi-square tests, or Fisher’s exact tests when necessary. Student t-test was conducted for comparison of continuous variables such as the means between the two groups. OS (overall survival) was calculated from the date of lung cancer diagnosis to the date of death from any cause or was censored at the last follow-up date. PFS (progression-free survival) was defined as the time from the date of the start of treatment to the date of documented disease progression, death from any cause, or the last follow-up. Kaplan-Meier estimates were used in the analysis of the time-to-event variables, and the 95% confidence interval (CI) for the median time to event was calculated. The log-rank test was used to compare cumulative survival in the two groups. Cox proportional hazards model was used for uni- and multivariate survival analyses to calculate the hazard ratios (HR) and corresponding 95% CI. P values are two-sided and were considered significant when less than 0.05. All statistical analyses were performed using the SPSS statistical software, version 20.0 (SPSS Inc., Chicago, IL, USA).