BACKGROUND: The impact of histopathologic tumor invasion of the superior mesenteric vein (SMV)/portal vein (PV) on prognosis in patients with pancreatic ductal adenocarcinoma (PDAC) after pancreatectomy remains controversial. A meta-analysis was performed to assess this issue.

MATERIALS AND METHODS: A systematic literature search was performed to identify articles published from January 2000 to August 2016. Data were pooled for meta-analysis using Review Manager 5.3.

CONCLUSIONS: Histopathologic tumor invasion of the SMV/PV is associated with more aggressive biologic behavior and could be used as an indicator of poor prognosis after PDAC resection.

A systematic search yielded 18 retrospective studies involving a total of 5242 patients fulfilling the eligibility criteria (Figure 1). The characteristics of the 18 studies included in this meta-analysis are presented in Table 1 [4–21]. Of them, 2199 (41.9%; range 17–100%) patients received SMV/PV resection. Of the 2199 patients receiving SMV/PV resection, pathologic analysis regarding the presence or absence of tumor invasion of the venous wall was available in 2096 patients, in whom 1218 (58.1%) patients had histopathologic evidence of SMV/PV invasion, while no true tumor infiltration was observed in the remaining 878 (41.9 %) patients. 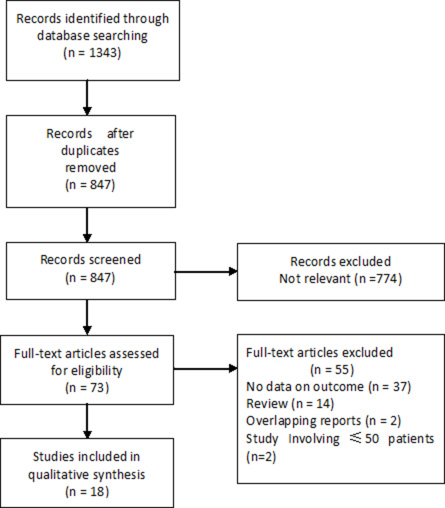 Figure 1: Flowchart of the study selection.

Table 2: Results of the meta-analysis on clinicopathologic features 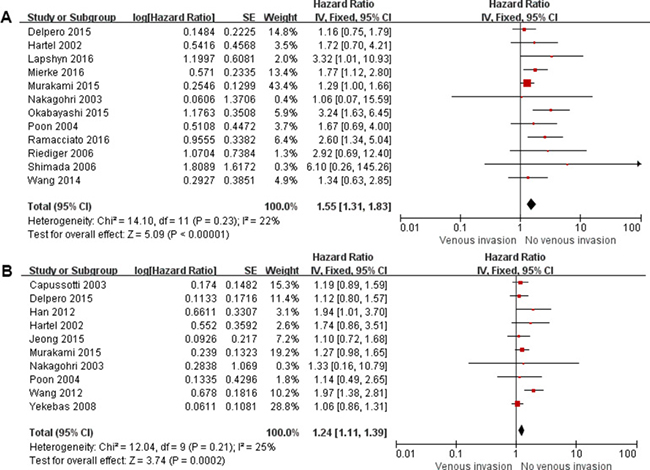 Figure 2: Forest plot for the impact of venous invasion on overall survival in total patients (A) and in patients with SMV/PV resection (B).

Table 3: Subgroup analysis for the influence of venous invasion on prognosis after pancreatic ductal adenocarcinoma resection

Only two studies reported disease-free survival (DFS) in total patients [11, 13]. Multivariable analysis was performed for all two studies. This combined analysis of two studies indicated that patients with SMV/PV invasion had a significantly shorter DFS (HR: 1.82, 95% CI, 1.34–2.48; P < 0.001) with no heterogeneity (I2 = 0%). Sensitivity analysis and subgroup analysis were not performed due to small number of studies.

Funnel plots demonstrated that the impact of SMV/PV invasion on OS was symmetric in total patients and in patients with SMV/PV resection, suggesting the absence of publication bias (Figure 3). 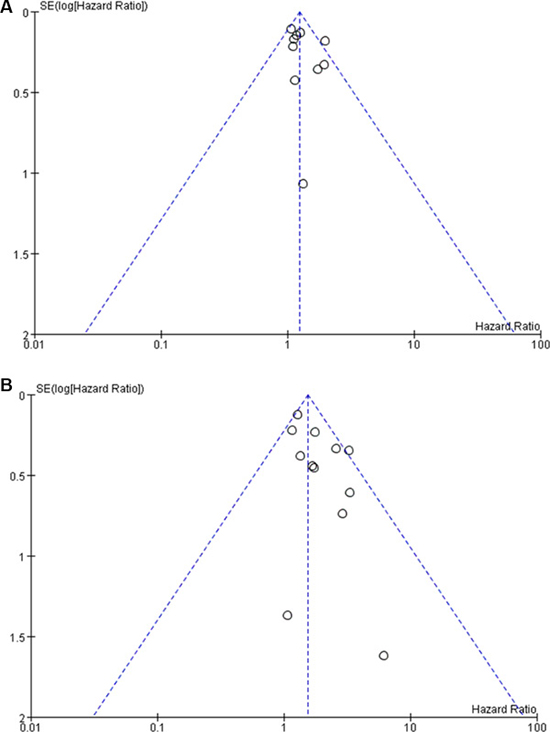 Figure 3: Funnel plot for the impact of venous invasion on overall survival in total patients (A) and in patients with SMV/PV resection (B).

Accurate diagnosis of the presence or absence of SMV/PV invasion is primarily important for decision making of an appropriate surgical approach for PDAC resection. However, it is usually difficult to assess SMV/PV wall invasion preoperatively by imaging technologies available at present. Even during operation, it is also difficult to differentiate between “true” invasion and dense inflammatory adhesions caused by peritumoral inflammatory change [10]. SMV/PV narrowing can be classified as type A (no narrowing), B (unilateral narrowing), C (bilateral narrowing), or D (stenosis or obstruction with collaterals), according to preoperative findings on the portal phase of superior mesenteric angiography or intraoperative portography [25]. Nakao and colleagues compared this classification with careful post operative histological examination of the resected vein in 89 of the 101 PDAC patients who underwent pancreatectomy [25]. Histologic evidence of carcinoma invasion into the SMV/PV wall was confirmed in 22 type A cases (100%), 20 type B cases (80%), 8 type C cases (29.6%), and 2 type D cases (7.4%). The survival rates in these patients were higher than those in patients who did not undergo resection. The survival rate of patients with type A, B and C invasion was significantly higher than that of patients with type D invasion. However, the survival rates of patients who did not undergo resection and patients with type D invasion were comparable, indicating that angiographic classification may help select appropriate candidates who are likely to benefit from SMV/PV resection.

As histological SMV/PV invasion is associated with an increased rate of incomplete tumor resection, aggressive local therapy seems sagacious for the sake of radical resection. Recently, irreversible electroporation, a high-voltage, short-pulse, cellular energy ablation device has been proposed as a method to augment/accentuate the margin during PDAC resection [26], though further investigations are needed to reinforce these preliminary data in a large number of cases.

Our study has some limitations. First, although numerous studies have investigated the oncologic outcomes after synchronous SMV/PV resection, not all studies differentiated between true SMV/PV invasion and peritumoral inflammation. Thus, the significant effect of the histopathologic tumor invasion of the SMV/PV on prognosis was underestimated. Second, all included studies were observational in nature, introducing a substantial risk of bias. The reported incidence of histopathologic tumor invasion of the SMV/PV varies widely among studies ranging from 31.9% to 82%, probably reflecting difference in patient selection criteria. Third, there is a question that the poor outcome may be attributed to other unfavorable prognostic factors associated with SMV/PV invasion, unless otherwise further confirmed by a multivariate model. Indeed, the results of our pooled data of multivariate HR are similar to the findings from overall analysis, indicating that SMV/PV invasion has important independent prognostic significance. Finally, because of the limited and heterogeneous patient groups, the significance of the depth of the SMV/PV wall invasion cannot be analyzed.

In conclusion, the present meta-analysis demonstrated that histopathologic tumor invasion of the SMV/PV has more aggressive biological behavior and could be used as an indicator of poor prognosis after PDAC resection.

The present study was performed by following the recommendations of the Preferred Reporting Items for Systematic Reviews and Meta-Analyses (PRISMA) Statement [22]. Medline and EMBASE databases were searched from January 2000 to August 2016. Medical subject heading major topic “pancreatic neoplasm,” and the search terms “pancreatic cancer,’’ ‘‘portal vein,’’ and ‘‘superior mesenteric vein,’’ were used in combination with the Boolean operators AND or OR. Bibliographies of the retrieved studies were manually searched for additional studies.

For inclusion in the meta-analysis, a study had to report on the impact of histopathologic tumor invasion of the SMV/PV on the long-term outcome of PDAC patients who underwent pancreatectomy. Abstracts, letters, editorials and expert opinions, reviews without original data, case reports, nonhuman studies, non-English language studies, studies with fewer than 50 patients, and studies that included the whole set of periampullary lesions (duodenal, ampullary, and biliary) in the same study cohort without separate assessments were excluded.

The primary outcome measure was OS and DFS. Secondary outcome was clinicopathologic features.

The methodological quality of the included studies was assessed by using the Newcastle-Ottawa Scale. Scores were assigned for patient selection, comparability of the study groups, and outcome assessment [23].

The effect measures estimated were odds ratios (OR) with 95% CI for dichotomous variables. The HR with 95% CI was used to assess the prognostic value of venous invasion, where an observed HR > 1 implied a worse survival for venous invasion group. For studies without providing the HR and CI, they were calculated from original papers according to the methods described by Parmar et al. [24]. To assess heterogeneity across studies, the I2 statistic was calculated and a value > 50% was interpreted as statistically significant. A funnel plot based on the OS outcome was conducted to explore the possibility of publication bias. Statistical analyses were performed with Review Manager 5.3 (The Cochrane Collaboration, Software Update, Oxford). A value of P < 0.05 was considered statistically significant.