Idiopathic inflammatory myopathies (IIMs) are rare autoimmune diseases with an annual incidence of 5.8 to 7.9 cases per 100000, and an annual prevalence of 14.0 to 17.4 patients per 100000 in the United States [1]. Dermatomyositis (DM) and polymyositis (PM) are the two main subtypes of IIMs, and these conditions are characterized by proximal muscle weakness and inflammation on muscle biopsies [2]. Additionally, classic DM and clinically amyopathic dermatomyositis (CADM) are two classifications of DM according to skin and/or muscle involvement at presentation. For patients with IIMs that also have interstitial lung disease (ILD), they have a higher morbidity and mortality than patients without ILD [3, 4]. Therefore, it is important to diagnose IIMs in their early stages and to accurately evaluate prognosis upon presentation.

Electromyography and muscle biopsies are often used to diagnose IIMs. However, these methods are invasive. In contrast, myositis-specific antibodies (MSAs) have been found to be useful for obtaining a diagnosis and for predicting the prognosis of IIMs [5]. In addition, tests with MSAs are painless and convenient. In recent years, a number of MSAs have been identified in patients with IIMs, including those that recognize transcription intermediary factor 1 gamma (TIF1γ), Mi-2, small ubiquitin-like modifier activating enzyme (SAE), and melanoma differentiation-associated gene5 (MDA5). The latter, also known as IFN induced with helicase C domain protein 1 (IFIH1), is a cytoplasmic sensor of viral nucleic acids that regulates innate immune responses [7, 8]. The MDA5 antibody, also known as an anti-CADM-140 antibody, has especially been associated with CADM [6], and has been used to detect dermatopulmonary syndrome in patients who have undergone allogeneic hematopoietic stem cell transplantation [9] or in patients with DM [10, 11].

Characteristics of the examined studies 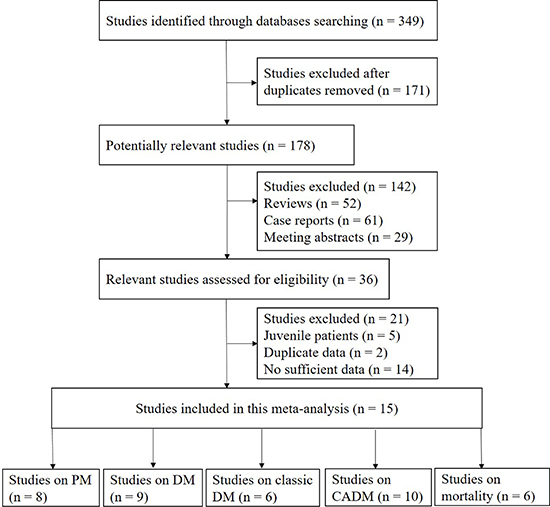 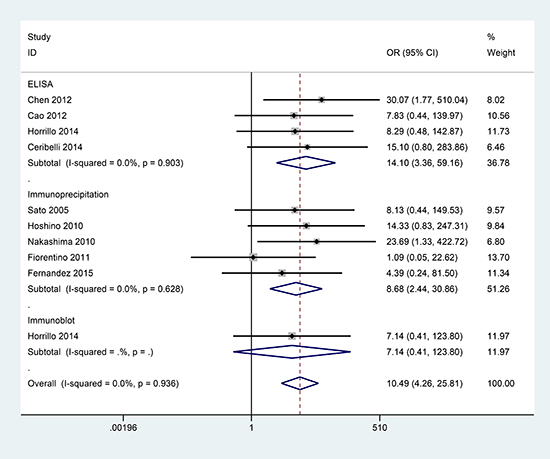 Figure 2: Forest plot of the association between the presence of anti-MDA5 antibodies and DM. 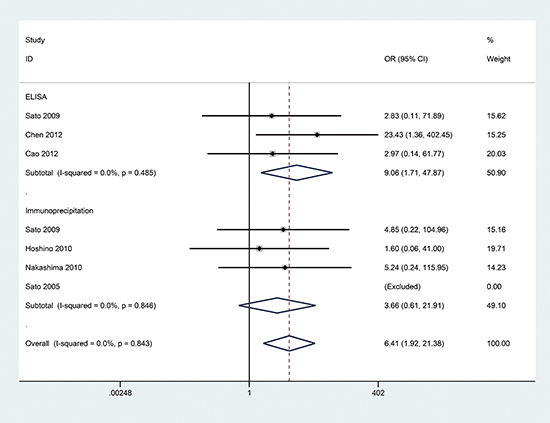 Figure 3: Forest plot of the association between the presence of anti-MDA5 antibodies and classic DM. 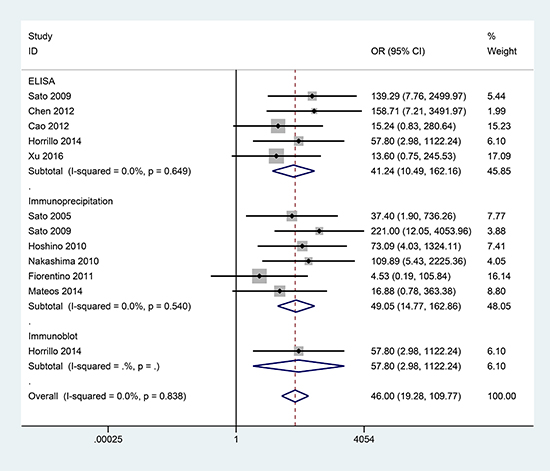 Figure 4: Forest plot of the association between the presence of anti-MDA5 antibodies and CADM.

Assessment of threshold effects and heterogeneity

No threshold effects (all P > 0.05), nor significant heterogeneity (all P > 0.10 and I2 < 50%), were observed (Figure 5). Therefore, a fixed-effects model was used to combine the accuracy indexes, including the pooled sensitivity, pooled specificity, and area under the curve of the summary receiver operating characteristic (AUC) values. The resulting data are summarized in Table 1. 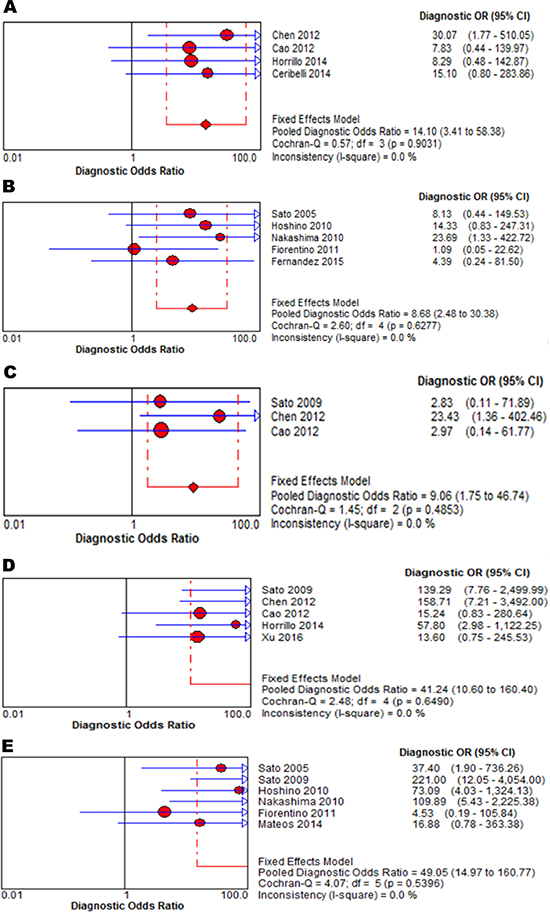 Table 1: Diagnostic accuracy of anti-MDA5 antibodies for DM/classic DM/CADM in a stratified analysis according to detection method

Diagnostic capacity of anti-MDA5 antibodies in patients with DM 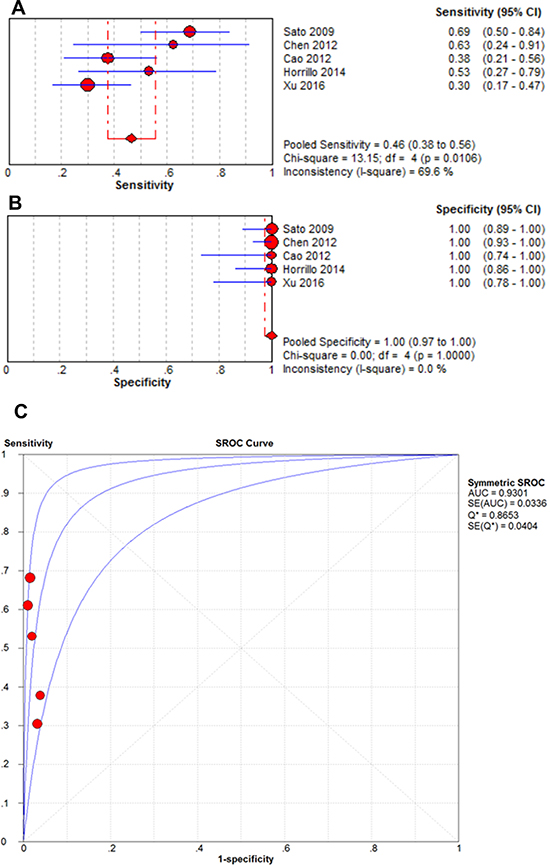 Figure 6: Forest plots of the pooled estimates of sensitivity (A), specificity (B), and AUC (C) values of anti-MDA5 antibodies detected by ELISA in CADM patients. 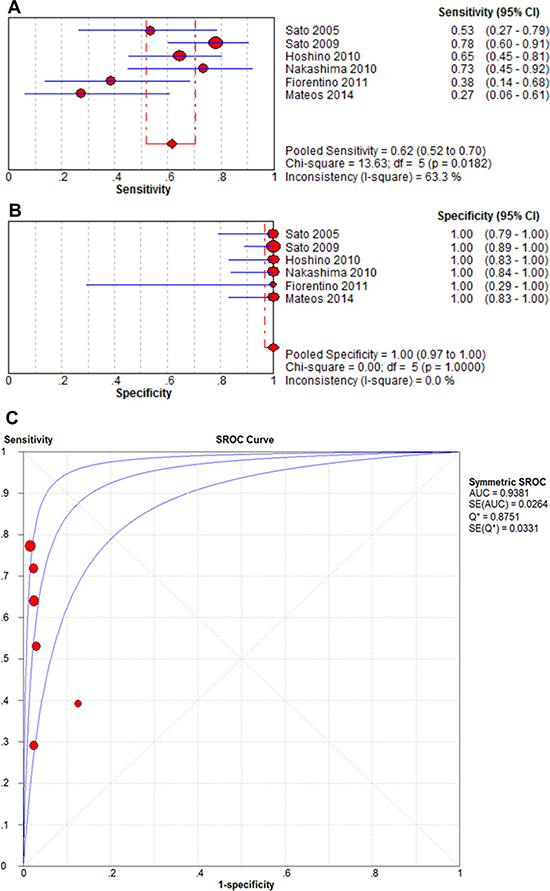 Figure 7: Forest plots of the pooled estimates of sensitivity (A), specificity (B), and AUC (C) values of anti-MDA5 antibodies detected by immunoprecipitation in CADM patients.

The overall relative risk (RR) determined from six studies with 365 patients with DM was 3.32 (95% CI: 1.65–6.67) (Figure 8). This result suggests that anti-MDA5 antibodies are associated with poor prognosis in regard to the overall survival of DM patients. Furthermore, when a subgroup analysis according to disease type was performed, the pooled RR from a study with 40 DM patients with ILD was 6.50 (95% CI: 1.68–25.16). Therefore, the detection of anti-MDA5 antibodies may provide a poorer prognosis in cases of DM with ILD than in cases of DM without ILD. However, these results should be interpreted with caution due to the small number of cases examined. 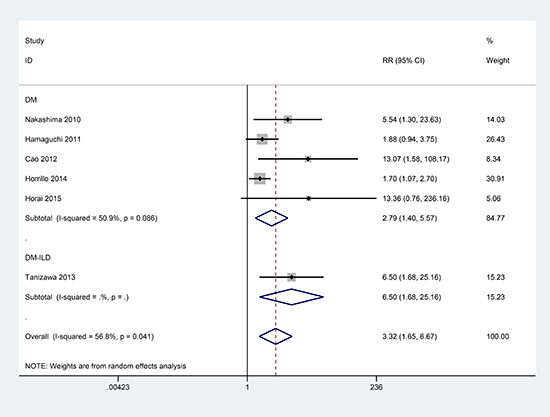 Figure 8: Pooled estimate of RR of DM associated with the presence of anti-MDA5 antibodies.

It is difficult to acquire a large sample size of DM/PM cases due to the rarity of these two autoimmune diseases. However, it is apparent that early diagnosis and aggressive management are two factors that significantly contribute to control of disease development for both conditions [24]. To assess disease risk, clinicians currently use manifestations and MSAs [25, 26]. MSAs have been found to correlate with clinical features and have also served as diagnostic and prognostic markers. Moreover, for a diagnosis of DM/PM, combination testing of MSAs is necessary. Previously, the presence of anti-TIF1γ antibodies was found to be significantly associated with cancer-associated myositis [27]. For example, in a meta-analysis performed by Ernesto et al. [27], the pooled sensitivity of anti-TIF1γ antibodies was 78%, while the specificity was 89%, in diagnosing cancer-associated DM. The presence of anti-Mi-2 antibodies has also been identified as a favorable prognostic marker and they indicate a good response to immunosuppressive therapy [28]. Meanwhile, anti-SAE antibodies have been associated with cutaneous involvement and a DM phenotype [29]. Anti-MDA5 antibodies have been identified as important MSAs as well. However, in some studies [8, 15], an association between the presence of anti-MDA5 antibodies and DM has been observed, while in other studies [17, 18] it has not. As a result, the diagnostic accuracy and prognostic value of anti-MDA5 antibodies for cases of DM/PM remain confusing. Consequently, the goal of the present meta-analysis was to test the value of detecting anti-MDA5 antibodies in the sera of DM/PM patients.

There were limitations associated with our meta-analysis. First, because we only searched articles published in PubMed, EMBASE, Web of Science, the Cochrane Library, and Scopus, relevant publications in other databases were not evaluated for inclusion. Second, we did not include meeting abstracts due to the limited amount of data they present. Studies from African populations were also limited. Finally, due to the rarity of DM/PM cases, the sample size included in our current study was relatively small, and thus, additional studies are needed to confirm the present results.

In conclusion, detection of anti-MDA5 antibodies was found to correlate with DM, and especially CADM, in the meta-analysis we performed. Moreover, anti-MDA5 antibodies showed good value in diagnosing CADM and were associated with an unfavorable prognosis in DM patients. Thus, well-designed prospective studies with larger sample sizes are warranted to verify the present results.

Studies meeting the following criteria were included: (1) studies with patients other than juveniles that were diagnosed with DM/PM according to criteria proposed by Bohan and Peter [30] or patients with CADM based on criteria suggested by Sontheimer [31] or Sato and Kuwana [32]; (2) studies with healthy donors as controls; and (3) studies that provided sufficient data to evaluate the utility of an anti-MDA5 antibody in the diagnosis of DM/classic DM/CADM/PM. If the same data were published in different articles that met the inclusion criteria, only the study with the largest sample size was included. Reviews, case reports, and meeting abstracts were excluded due to their limited presentation of data.

Two investigators independently browsed the full text of potentially eligible articles and extracted the relevant data from each study. The following information were collected: first author’s name, year of publication, disease type, country of study, ethnicity of the patients examined, detection method, cut-off value, sample type, total number of cases, total number of healthy controls, and frequency and mortality associated with the presence or absence of anti-MDA5 antibodies. Disagreements were resolved by discussion.

Pooled OR with 95% CI were calculated to evaluate the association between anti-MDA5 antibodies and disease, and pooled RR with 95% CI were calculated to evaluate the prognostic value using Stata 12.0 software (Stata Corporation, College Station, TX, USA). Meta-DiSc statistical software (version 1.4, Unit of Clinical Biostatistics, Ramony Cajal Hospital, Madrid, Spain) was used to assess threshold effects, heterogeneity, and to calculate the pooled diagnostic odds ratio (DOR), sensitivity, specificity, and AUC values [33]. When the P-value was greater than 0.10 in Q-statistic, or I2 was less than 50% in I2-statistic, a fixed-effects model was used to pool the accuracy indexes; otherwise, a random-effects model was used [34].

Yongzhe Li, Liubing Li, Qian Wang, and Funing Yang contributed to the conception and design of the study. Liubing Li, Qian Wang, Funing Yang, Chanyuan Wu, Si Chen, Xiaoting Wen, and Chenxi Liu contributed to the retrieval of articles, the extraction of data, the calculation of data, and the design of the figures and tables. All of the authors approved the final manuscript.

This research was supported by grants from the National Natural Science Foundation of China Grants (81373188) and the Capital Health Research and Development of Special (2014-1-4011).

17. Pinal-Fernandez I, Casciola-Rosen LA, Christopher-Stine L, Corse AM, Mammen AL. The Prevalence of Individual Histopathologic Features Varies according to Autoantibody Status in Muscle Biopsies from Patients with Dermatomyositis. J Rheumatol. 2015; 42:1448–1454.

31. Sontheimer RD. Clinically amyopathic dermatomyositis: what can we now tell our patients? Archives of dermatology. 2010; 146:76–80.