Objectives: This study aimed to evaluate the correlation between positive PD-L1 expression and driver gene mutations in NSCLC and to seek preliminary evidence in favor of the strategy of PD-L1 inhibitors plus targeted agents.

Worldwide, lung cancer, including non-small cell lung cancer (NSCLC) and small cell lung cancer (SCLC), is one of the leading causes of cancer-related deaths [1], and its mortality rate ranks top in China [2]. Moreover, NSCLC is a major histological type accounting for 80%–85% [1]. Because of its high mortality, substantial efforts have been made to prolong overall survival (OS). Initially, conventional platinum-based chemotherapy prolonging a median survival of 8 to 10 months was regarded as a standard regimen, but it hit a plateau with low response of only 20 to 35% and intolerable toxicities [3]. Fortunately, over past decades, the finding of some driver genes in NSCLC, such as epidermal growth factor receptor (EGFR), anaplastic lymphoma kinase (ALK) and kirsten rat sarcoma viral oncogene homolog (KRAS), was a major breakthrough in lung cancer field [4]. Accordingly, molecular targeted therapy, characterized by high efficacy and low toxicity directing to driver gene mutations, has yielded favorable effects on advanced NSCLC. Compared with conventional platinum-based chemotherapy in NSCLC harboring EGFR mutation or ALK rearrangement, targeted agents such as erlotinib and crizotinib have obtained a durable response and extended OS [5, 6]. However, for patients with EGFR wild type or drug resistance to TKIs, the efficacy was poor [7].

Recently, immune checkpoints including programmed death-ligand 1 (PD-L1), programmed death 1 (PD-1), have made waves in anticancer immunotherapy. Some studies exhibited that PD-L1 expressed on the surface of tumor cells, including in NSCLC, melanoma, breast cancer [8, 9]. PD-1/PD-L1 inhibitors, such as nivolumab and atezolizumab, achieved a considerable success in dealing with advanced NSCLC via blocking PD-1/PD-L1 [10, 11]. However, due to the advantaged population of PD-L1 inhibitors remained inconclusive, the response rates were discrepant that inspired oncologists to identify the appropriate individuals. Recently, some researchers investigated the correlation between PD-L1 expression and driver gene mutations, but it remained to be clarified [12–22]. Although three previous studies [23–25] had evaluated the correlation between positive PD-L1 expression and OS, no meta-analysis had been performed on the correlation between positive PD-L1 expression and driver gene mutations. On that account, we performed this study to evaluate the correlation, to screen the potential advantaged population of PD-L1 inhibitors and to find preliminary evidence in favor of the strategy of PD-L1 inhibitors plus target agents.

After initial comprehensively searching from PubMed, EMBASE and Cochrane Library databases, 622 potential relevant articles were found, whereas 595 (235 duplications and 360 irrelevant articles) were excluded. Then, another 16 articles were further removed after screening full-text for the following reasons: 8 for insufficient data, 4 for driver genes unavailable and 4 for the same population. Eventually, 11 articles incorporating 3128 cases were identified. The flow chart of literature searching and the clinical characteristics of included studies were listed in Figure 1 and Table 1, respectively. Of these eligible studies, 5 were from China [17, 18, 20–22], 2 from Japan [16, 19], 2 from Australia [12, 13], 1 from USA [15] and 1 from Italy [14]. The year of publication ranged from 2014 to 2016. The sample size of the included studies ranged from 100 to 678. With regard to the histological type of NSCLC, 7 studies [15–19, 21, 22] evaluated adenocarcinoma (ADC), and the other studies [12–14, 20] involved ADC, squamous cell cancer, large cell cancer and mixed types. Among these studies, positive PD-L1 expression appeared in 28.3% of male, 30.3% of female, 36.0% of never smoking, 32.1% of former/current smoking, 28.9% of ADC and 18.6% of non-ADC. Considering the diversity of PD-L1 antibodies, including 4 studies [14, 17, 21, 22] used polyclonal antibodies (PoAbs) and 7 [12, 13, 15, 16, 18–20] utilized monoclonal antibodies (McAbs), we conducted further subgroup analyses based on antibody types (McAbs or PoAbs). The details of PD-L1 antibodies in each study and the cut-off of PD-L1 were listed in Table 2. 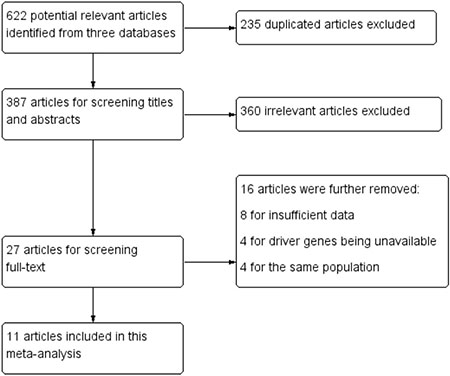 Table 1: The characteristics of these included studies

Table 2: The details of PD-L1 antibodies in each study and the cut-off of PD-L1 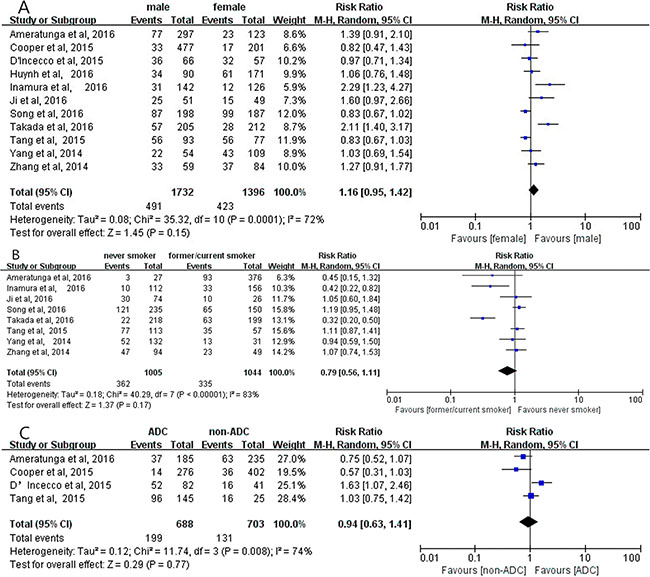 Figure 2: The correlation between positive PD-L1 expression and gender (A), smoking status (B), histology (C) in overall analyses. 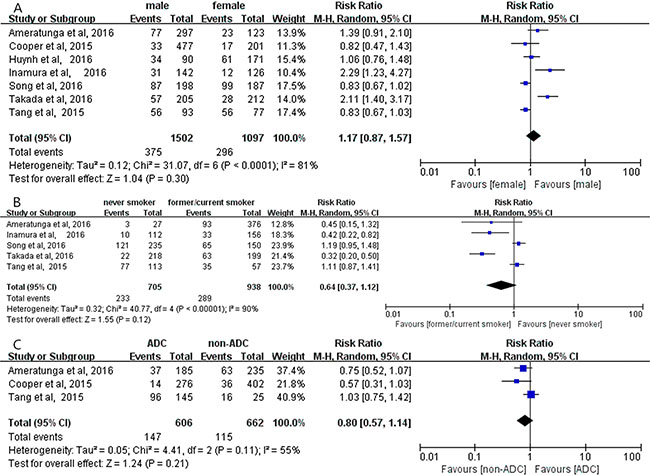 Figure 3: The correlation between positive PD-L1 expression and gender (A), smoking status (B), histology (C) in the studies using PD-L1 McAbs.

Figure 4: The correlation between positive PD-L1 expression and gender (A), smoking status (B) in the studies using PD-L1 PoAbs.

Figure 5: The correlation between positive PD-L1 expression and gender (A), smoking status (B) in Chinese cohort studies. 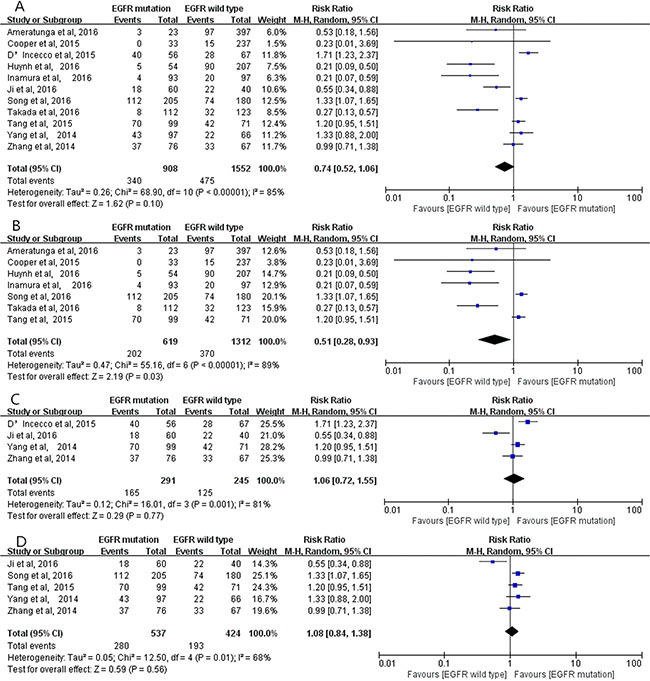 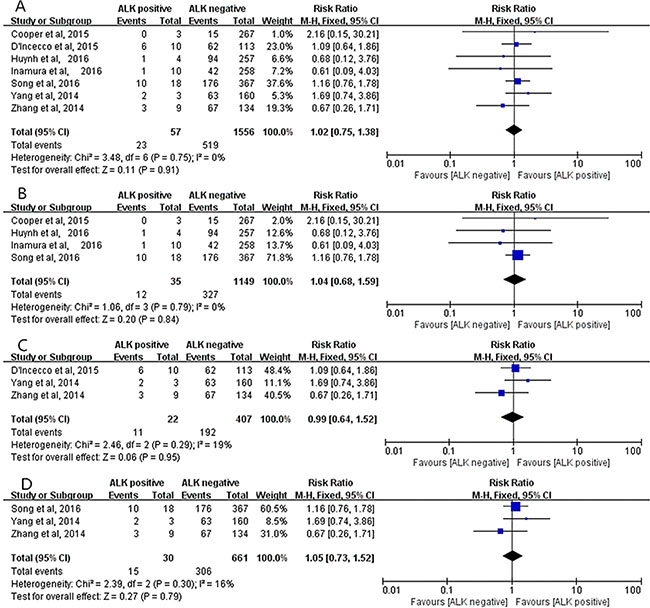 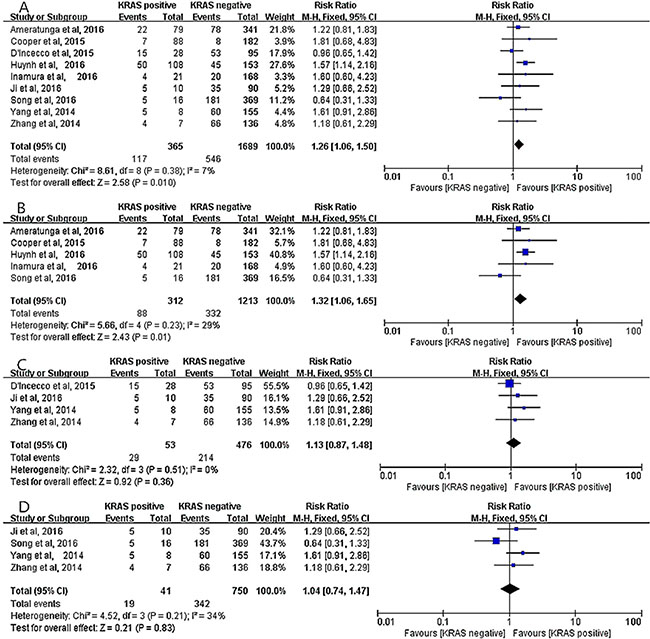 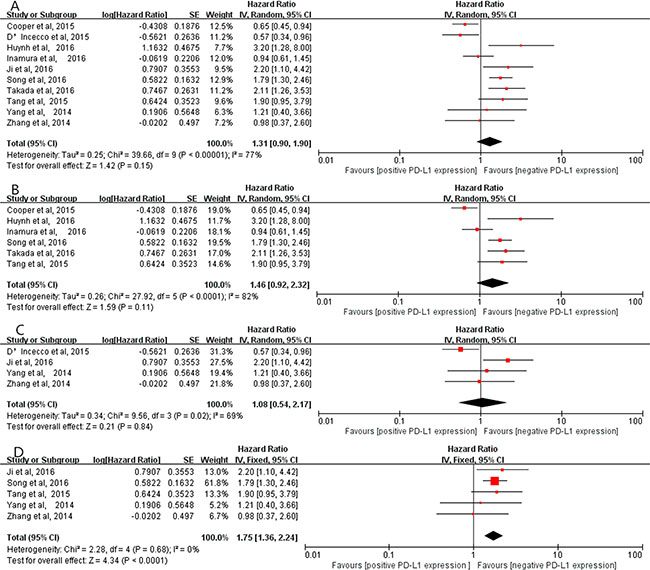 The funnel plot of all included studies (Figure 10) indicated that no remarkable publication bias existed in this study, suggesting that the obtained results were reliable. 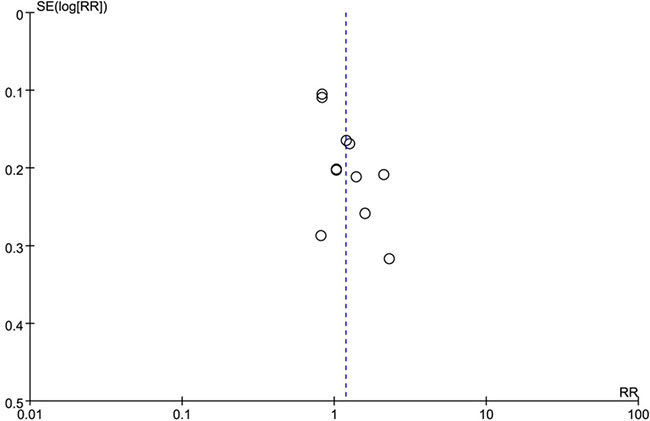 Figure 10: The funnel plot of the correlation between positive PD-L1 expression and gender.

KRAS mutation is one of the most common driver genes in NSCLC, but the aim of designing therapeutic regimen for lung ADCs harboring KRAS mutations has far proven elusive. Our study demonstrated that positive PD-L1 expression had a significant correlation with KRAS status. The result mentioned above was obtained in the studies using PD-L1 McAbs, while it did not occur in the studies using PD-L1 PoAbs and in Chinese cohort studies. One reason for the inconsistent results between overall and subgroup analyses might be the diversity of races (4 studies were from China, 1 from Japan, 2 from Austria, 1 from Italy and 1 from USA), because KRAS mutation was low expression in Chinese population [26]. The other reason might be the distinct features between McAbs and PoAbs. Generally, McAbs has a higher specificity while PoAbs possesses a higher sensitivity, especially in identifying low-abundance proteins. Recently, some oncologists also conducted studies to investigate the relationship between positive PD-L1 expression and KRAS status, finding that immune markers (including PD-L1) decreased in KRAS mutant tumors harboring STK11/LKB1 alterations but increased in KRAS mutant tumors bearing TP53 alterations [27]. Moreover, Pivarcsi et al reported that the activation of EGFR and KRAS pathways might be involved in immune response suppression in murine melanoma models [28]. On that account positive PD-L1 expression had a significant correlation with KRAS status, thereby, PD-L1 inhibitors might be a potential option in managing NSCLC harboring KRAS mutation.

Furthermore, subgroup analyses demonstrated that positive PD-L1 expression was significantly associated with OS in Chinese cohort studies but not in the studies using PD-L1 McAbs or PoAbs. This differences may attribute to the diversity of races, the definition of positive/negative PD-L1 expression, the various therapeutic regimen, the duration of follow-up, the baseline characteristics as well as the potential bias of several HRs which were extracted from Kaplan-Meier curves.

Nevertheless, we also encountered some limitations: firstly, the sample size of participants was not substantial, only 11 studies containing 3128 cases, thus, more large scales studies including various races were required to further determine the correlation between PD-L1 expression and drive genes; subsequently, all eligible articles were published in English, and other languages were not included, which may be a potential bias; finally, the obvious heterogeneity among these eligible studies would affect the stability of statistical analyses to some extent, despite the fact that subgroup analyses had lowered the heterogeneity.

Relevant articles were thoroughly searched from PubMed, EMBASE and Cochrane Library databases using the following terms: programmed cell death-ligand 1, PD-L1, B7-H1, lung cancer, NSCLC, EGFR, ALK, KRAS and driver genes, from their inception till September 2016. The search was performed with language limitation to English. If the same population was found in different publications, the latest or the most complete articles were included. Once the articles were identified, the references were also searched for extending the search. All potential relevant articles were scanned by two researchers (Yang HT and Chen HJ) independently via the following process: initially excluding duplication by Endnote X7 software, then selecting pertinent articles via screening titles or abstracts and eventually identifying eligible articles through scrutinizing full-texts. Disagreement was resolved by consensus or the third researcher (Xie XH).

The eligible articles should meet the following criteria: i) all patients had histologically or cytologically confirmed NSCLC; ii) PD-L1 expression as well as one or more driver genes (EGFR, ALK and KRAS) were available; iii) all studies investigated the correlation between positive PD-L1 expression and driver genes mutations in NSCLC and acquired sufficient data; iv) all articles were published in English. Reviews, letters, ongoing studies and insufficient data were excluded.

The pooled data were calculated via Review manager 5.3 software. Analyses were conducted according to gender, smoking status, histological type, driver genes (EGFR, ALK and KRAS status) and OS. The effective value, RR with 95% confidence intervals (95% CIs), was employed to evaluate the correlation between positive PD-L1 expression and driver gene mutations, clinical characteristics in NSCLC. Hazard ratios (HRs) with 95% CIs were extracted from the articles or calculated from survival curves according to Zhou et al method if these data were unavailable [31]. HR>1 indicated that positive PD-L1 expression had a poor prognosis in NSCLC. Heterogeneity were measured by Chi-square and I-square tests [32]. If P < 0.1 and I2 > 50%, indicating significant heterogeneity, a random effects model was utilized, otherwise, a fixed-effect model was employed [33]. With regard to the diversity of PD-L1 antibodies and nations, subgroup analyses were conducted on Chinese cohort studies, the studies using PD-L1 McAbs or PD-L1 PoAbs, respectively. Publication bias was assessed by funnel plot.