Purpose: To establish the relationship between common mutations in the MAPK and PI3K signaling pathways and local progression after radioembolization.

Materials and Methods: Retrospective review of a HIPAA-compliant institutional review-board approved database identified 40 patients with chemo-refractory colorectal liver metastases treated with radioembolization who underwent tumor genotyping for hotspot mutations in 6 key genes in the MAPK/PI3K pathways (KRAS, NRAS, BRAF, MEK1, PIK3CA, and AKT1). Mutation status as well as clinical, tumor, and treatment variables were recorded. These factors were evaluated in relation to time to local progression (TTLP), which was calculated from time of radioembolization to first radiographic evidence of local progression. Predictors of outcome were identified using a proportional hazards model for both univariate and multivariate analysis with death as a competing risk.

Patients with metastatic colorectal cancer (mCRC) have poor prognosis with 5-year survival rates between 10-20%[1]. Improvements in survival over the past ten years may be in part due to the introduction of molecular therapies including monoclonal antibodies targeted against receptor tyrosine kinases (RTK) such as the epidermal growth factor receptor (EGFR)[2]. Despite these improvements, patients with mutations in downstream effectors of the EGFR signaling pathway may not respond to these anti-EGFR antibodies [3].

Two well-established downstream effectors of EGFR are the mitogen-activated protein kinase (MAPK) and phosphatidylinositol 3-kinase (PI3K) signaling pathways (see Figure 1). Mutations in these signaling pathways are commonly seen in CRC and include activating mutations in KRAS, NRAS, BRAF and MEK1 in the MAPK pathway, and in PIK3CA, which includes the catalytic subunit of PI3K, and AKT1, the key downstream effector of PI3K, in the PI3K pathway. Reported frequencies of mutations in these genes in mCRC patients are approximately 40% for KRAS, 20% for PIK3CA, 5% for BRAF, 2% for NRAS, and 1% for AKT1 [4–6]. The value of MAPK mutations in predicting clinical benefit from anti-EGFR antibodies in mCRC is now well-established [7], making mutation testing part of current routine clinical care. Mutations of the MAPK and PI3K signaling pathways may also predict worse outcome independent of anti-EGFR antibody treatment [8, 9]. 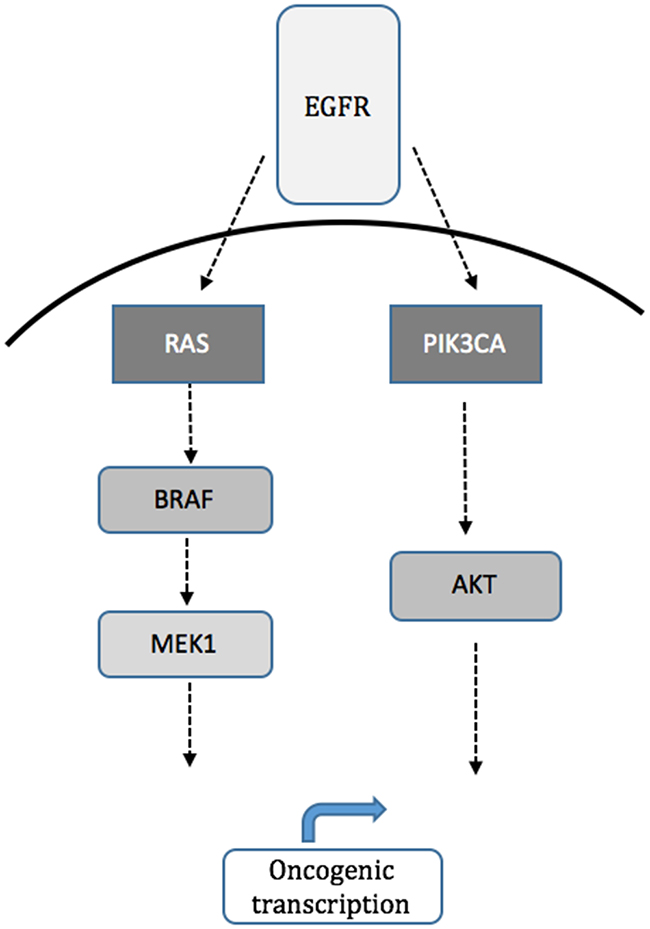 Figure 1: Schematic of MAPK (RAS/RAF/MEK) and PI3K (PIK3CA, AKT1) signaling pathways downstream of EGFR. Although pathways run in parallel there is cross-talk and feedback as well.

Y90 radioembolization (RE) is widely used as a salvage therapy for unresectable, chemorefractory colorectal liver metastases (CLM)[10–12]. A multicenter phase II clinical trial found that RE produced an objective response or disease stabilization in patients with advanced unresectable and chemorefractory mCRC and demonstrated a significant survival benefit for responders vs non-responders [13]. Response to RE in chemorefractory mCRC is quite variable and difficult to predict [14–16]. In a recent study, investigators demonstrated KRAS mutation status as an independent poor prognostic factor for overall survival after RE [17]. But patients with KRAS mutant mCRC have increased lung, brain, and bone metastases [18, 19], so it is unclear if this result is just a reflection of more aggressive and advanced disease in these patients.

Patient and tumor characteristics are summarized in Table 1. There were 40 patients with median age 60 years (range 33-82), 23 men and 17 women, 28 ECOG=0 and 12 ECOG=1 or 2. There were 19 patients who had undergone prior hepatic resection, and 24 patients who had received hepatic arterial infusion pump therapy. All patients had been treated with first line chemotherapy and 36 patients had been treated with second line chemotherapy. 20 patients received a VEGF inhibitor (bevacizumab) and 16 patients received an EGFR inhibitor (cetuximab or panitumumab). The mean tumor volume was 281 cm3 (range, 6-1790 cm3), the mean size of the largest lesion was 4.9 cm (range, 1.6-15 cm) and the mean pretreatment CEA was 1032 (range, 3-23938). There were 22 patients with >3 tumors and 18 patients with ≤ 3 tumors. There were 9 (22.5%) patients who reached stasis during radioembolization and for which dose delivery was not completed (accounting for total technical success of 77.5%). 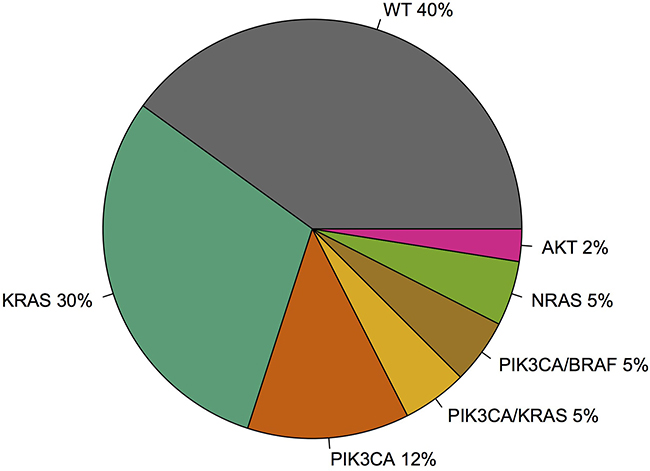 Figure 2: Summary of mutations identified in the cohort. 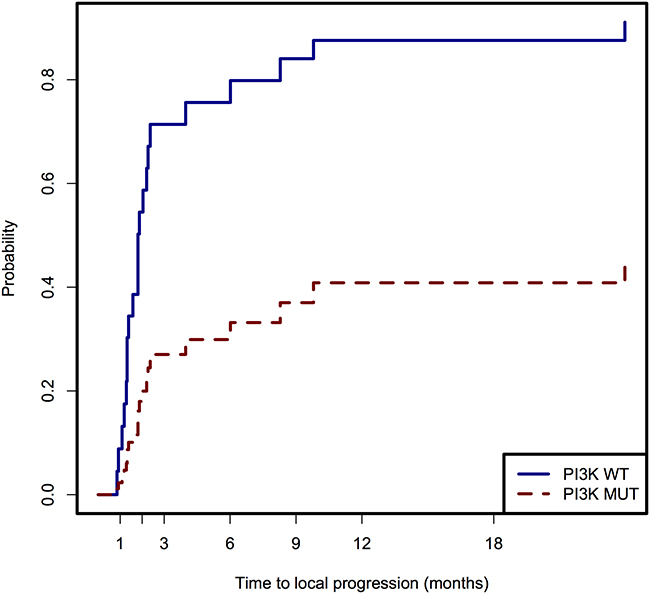 Table 2: Univariate analysis of time to local progression with death as competing risk

Table 3: Multivariate analysis of time to local progression with death as competing risk using backward selection with p<0.05 as cut-off

The MAPK and PI3K signaling pathways are commonly mutated in patients with CLM and affect response to targeted therapies, but the effect of these mutations on response to RE remains unknown. In our series of patients, we found that the presence of a mutation in the PI3K signaling pathway was an independent predictor of longer TTLP. Patients with mutations in this pathway had significantly decreased cumulative incidence of local progression (33%) compared with patients with wild type PI3 pathway genes (76%) at 6 months. Whether these responses translate to improved patient overall survival requires further investigation.

The relationship between PI3K pathway mutations and radiation sensitivity is complex. The TME trial demonstrated that patients with non-irradiated stage 1 to 3 rectal cancer with PIK3CA mutation had significant increased risk of local recurrence [23] and that the relative benefit from preoperative radiation was 3 times greater among patients with PIK3CA mutations compared with PIK3CA wild type [24]. Yard et al recently reported that mutations that activate the PI3K/AKT pathway were associated with radiation sensitivity [25]. In other reports PI3K/AKT activation has been associated with radiation resistance [26, 27]. The variability in the literature may be related to differing cellular contexts and/or differing mutations within the PIK3CA gene (see Figure 3).

The mechanism by which PI3K mutations might confer radiation sensitivity is unknown. PI3K pathway mutations promote survival by increasing activity of this signaling cascade. The simplest explanation of our result is that this survival benefit is more easily inhibited by radiation compared with MAPK and other pathway mutations. Interestingly the two patients with both PIK3CA and BRAF mutations progressed locally faster (within 3 months) than patients with only PIK3CA mutations or combined PIK3CA and KRAS mutations, pointing to either differing radio-sensitivity of BRAF and KRAS mutations or other complex interactions via cross-talk between the MAPK and PI3K pathways [28]. PI3K pathway inhibitors are associated with radio-sensitivity [29], suggesting a potential role for adjuvant therapy at the time of RE.

Intra-tumoral heterogeneity represents a challenge for any correlative study of outcome and mutation status. Our cohort included specimens analyzed on either the primary site (n=17), a liver metastasis (n=20), a lymph node metastasis (n=2), or a lung metastasis (n=1). Analyzing tumor samples from the CAPRI-GOIM trial, Normanno et al found that KRAS and NRAS mutations were present in a majority of tumor cells, but PIK3CA and BRAF mutations were only in a fraction of tumor cells [30], suggesting that biopsies from the site of the planned treatment should be performed optimally when feasible. However, for mutations that occur early in CRC tumorigenesis, there is high concordance between primary and metastatic sites [31]. There is evidence to suggest PIK3CA mutations occur early in tumorigenesis [32, 33], possibly at the transition between adenoma and carcinoma [34]. Moreover, a direct comparison of matched primary and metastatic tumors demonstrated high genomic concordance [35].

There are several important limitations to our study. First, this is a retrospective study with a small number of patients. Our result is exploratory and should be validated in a separate cohort. The population was heterogeneous and included patients with wide range of tumor burden. Patients were identified based on availability of molecular testing at a single institution, which likely introduced a bias in our cohort. Despite these limitations, the significant findings of the current study support further prospective studies to evaluate the role of the MAPK and PI3K signaling pathways in determining response to RE.

In conclusion, we find that the presence of a mutation in the PI3K signaling pathway in CLM is an independent predictor of longer time to local progression after RE. Future prospective studies will help better delineate these potential prognostic markers in the setting of RE.

This was a retrospective, single-center study that included consecutive patients who underwent RE for mCRC and underwent gene mutation testing. The study was approved by the institutional review board with informed consent waived and was compliant with the Health Insurance Portability and Accountability Act. We performed an institutional database search that included consecutive patients from January 1, 2010 through October 1, 2016 with CRC liver metastases treated with RE and that had had tumor specimens evaluated for mutation status of a subset of genes (see Mutation Analysis subsection).

Patients with CRC have their tumor tested for downstream activators of the EGFR signaling pathway at our institution as part of standard of care. Tumor specimens were obtained via primary site specimen (17/40), liver biopsy (20/40), lymph node biopsy (2/40), or lung metastasis biopsy (1/40). After microscopic examination confirmed the diagnosis of adenocarcinoma, tissue was sent to a molecular diagnostic laboratory in the Department of Pathology for extraction of genomic DNA. All samples were determined to have adequate DNA quality prior to testing. Tumors were genotyped using (a) the Sequenom Mass Array system (Sequenom, Inc.), where samples are tested in duplicate using multiplexed assays to interrogate mutations in hotspots of KRAS, BRAF, NRAS, MEK1, PIK3CA, and AKT1[36] or (b) a previously reported hybridization capture-based next generation sequencing assay for targeted deep sequencing of all exons and selected introns of key cancer genes [37]. For the next generation sequencing assay that includes 8/40 (20%) of samples, we only include data related to the hotspot mutations tested in the Sequenom assay.

The decision to perform RE was reached by consensus between the interventional radiologist, medical oncologist, and surgeon, which form the core of the colorectal cancer disease management team at our institution. All patients had progressed despite previous treatments that in all cases included multiple lines of cytotoxic chemotherapy and in many cases included hepatic resection, ablation, and/or molecular therapy. RE was performed under moderate sedation using fluoroscopic guidance by a fellowship-trained interventional radiologist with at least 6 years of experience (including CS, HY, EZ). Complications were categorized using the Society of Interventional Radiology (SIR) guidelines [38]. Major complications were those that increased the level of care or required hospitalization. All other complications were considered minor. Pre-procedural baseline imaging with triphasic computed tomography (CT) in all cases was available for accurate staging of disease extent and for calculation of liver and tumor volumes. RE was performed using a microcatheter and insoluble biocompatible resin or glass spheres (Sirspheres®, Sirtex SIR-Spheres Pty Ltd, Lane Cove, Australia and Theraspheres®, MDS Nordion, Ottawa, Ontario, Canada). All patients underwent a standard pretreatment workup that comprised clinical evaluation, laboratory and imaging assessment, and a mapping procedure with technetium 99m macro-aggregated albumin. Technical success was defined as delivery of the entire prescribed dose and no stasis.

Time to local hepatic progression (TTLP) was assessed (EZ, MB, by consensus) based on Response Evaluation Criteria in Solid Tumors (RECIST 1.1) criteria at the previously treated site. The TTLP was defined as the time from initial RE to disease progression at a treated portion of the liver, and was evaluated at each follow-up CT or MRI contrast study.

This research was funded in part through the NIH/NCI Cancer Center Support Grant P30 CA008748 as well as the RSNA Seed Grant.

18. Lipsyc M and Yaeger R. Impact of somatic mutations on patterns of metastasis in colorectal cancer. Journal of gastrointestinal oncology. 2015; 6:645-649.

39. Fine J and Gray R. A proportional hazards model for the subdistribution of a competing risk. Journal of the American Statistical Association. 1999; 94:496-509.