Prognostic significance of neutrophil-to-lymphocyte ratio in cervical cancer: A systematic review and meta-analysis of observational studies

Materials and Methods: We conducted a systematic literature search using the electronic databases PubMed, Web of Science, and Embase up to May 2016.Statistical analysis was performed using Stata 10.0.

Cervical cancer is the second most common female malignancy, accounting for 500,000 new cases and over 200,000 deaths worldwide annually [1, 2]. Although tumor size, lymph node status, International Federation of Gynecology and Obstetrics (FIGO) staging criteria as well as pretreatment hemoglobin level were reported to be independent prognostic factors for cervical cancer [3–6], these factors are not routinely used in clinical settings due to insufficient specificity and sensitivity among patients. To further increase predictive accuracy, more prognostic parameters are still warranted.

A flowchart for the selection of eligible studies is demonstrated in Figure 1. A total of 233 studies was retrieved and screened by title and abstract. 176 studies were excluded after the initial assessment of title and abstract. Among the remaining 57 articles, 36 were further excluded because they were letters, comments, editorials, or reviews. The full texts of the remaining 21 articles were evaluated. A total of 12 full-text articles were excluded, including 7 without available data and 5 without NLR category. 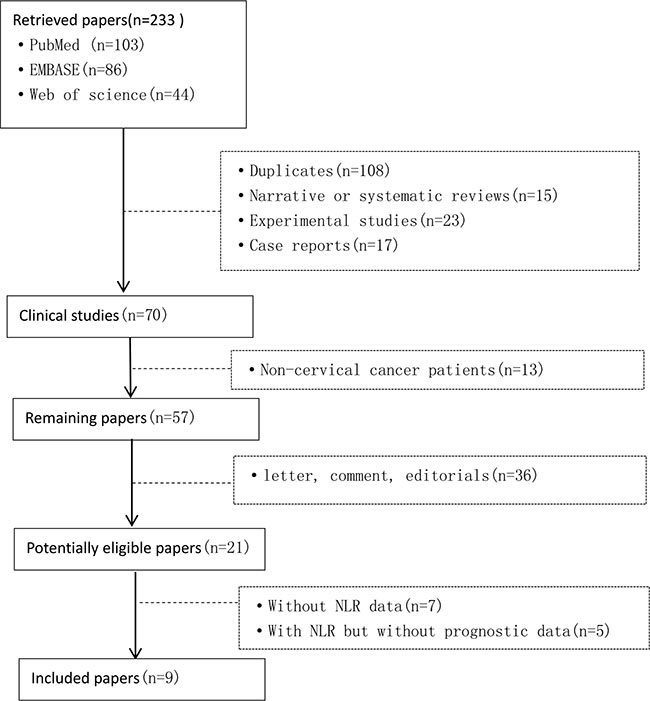 The basic information of the selected studies is summarized in Table 1.

Table 1: Characteristics of all identified studies

The association between NLR and OS was assessed in 7 studies consisting of 2,804 patients. The pooled estimate indicated a significantly shorter OS in cervical cancer patients with high NLR compared to those with low NLR (HR: 1.88, 95% CI 1.30–2.73) (Figure 2). Significant heterogeneity was observed among these studies (I2 = 72.8%, P < 0.001). 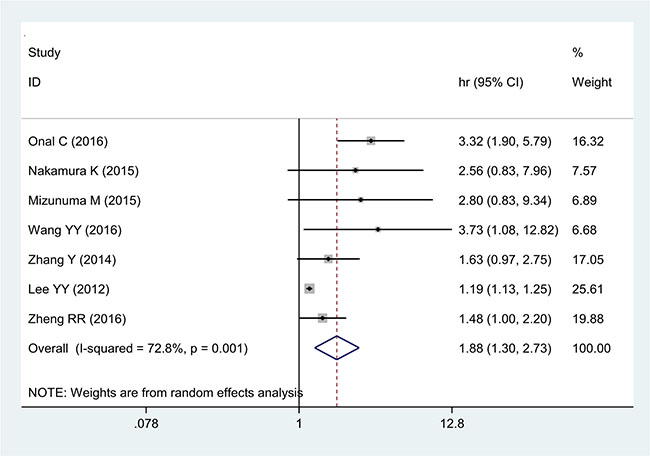 Figure 2: Forest plot of the correlation between NLR and OS in cervical cancer patients. 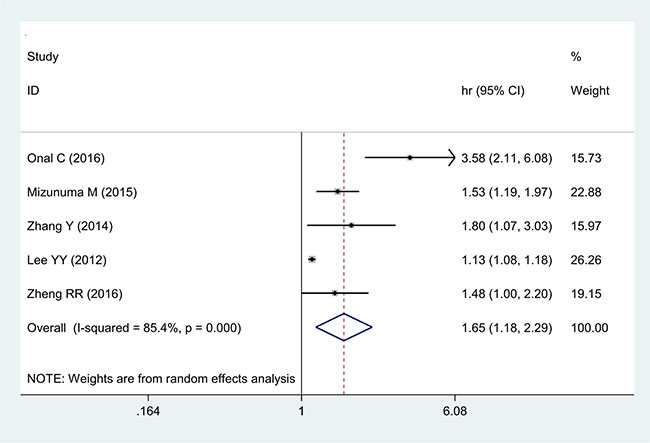 Figure 3: Forest plot of the correlation between NLR and PFS in cervical cancer patients.

Correlations between NLR and clinical-pathological features 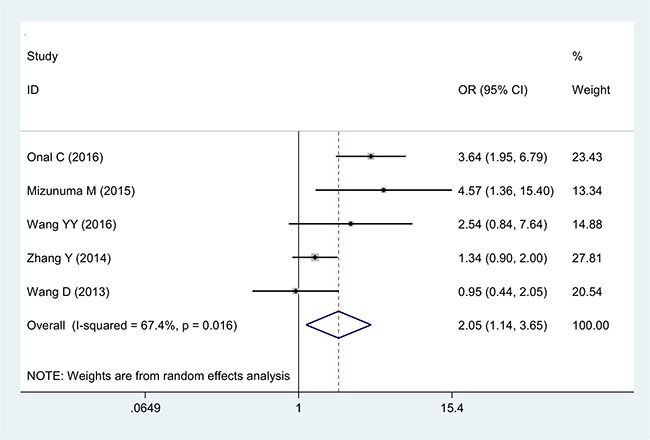 Figure 4: Forest plot of the correlation between NLR and tumor size in cervical cancer patients. 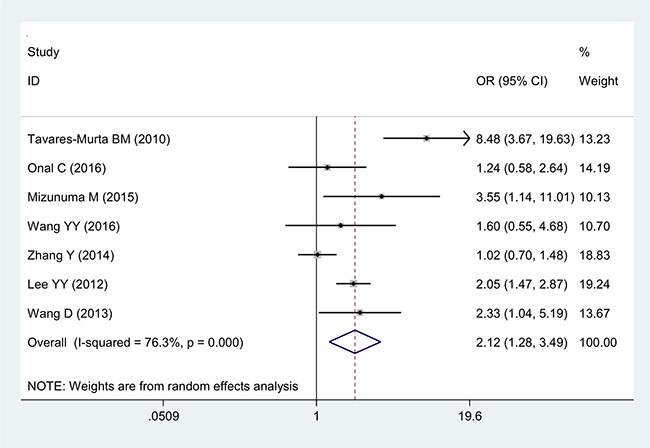 Figure 5: Forest plot of the correlation between NLR and FIGO staging in cervical cancer patients. 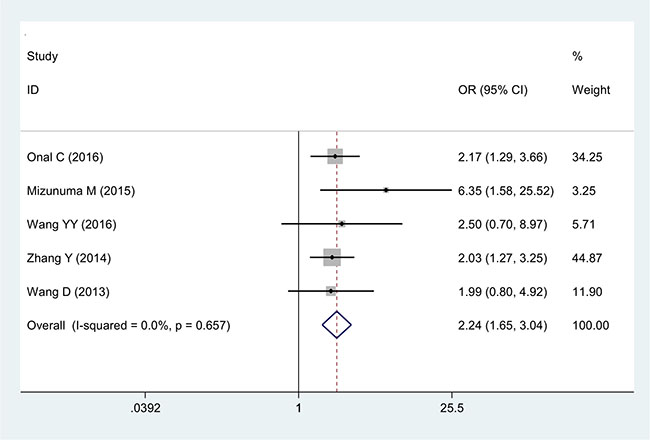 Figure 6: Forest plot of the correlation between NLR and lymph node metastasis in cervical cancer patients.

Results of subgroup meta-analyses are summarized in Table 2.

Table 2: Results of the meta-analysis on predictive value of NLR in cervical cancer.

We performed a sensitivity analysis for every analysis by sequential omission of the individual study. The pooled HRs for OS and PFS were not significantly changed, which suggested the robustness of the results (Supplementary Figures 3 and 4).

Accumulating evidence demonstrated that inflammation exerted an essential role in cancer formation, development, and progression [26–30]. Neutrophils have been considered to be the primary source of circulating VEGF, which play a critical role in tumor-associated angiogenesis through producing many inflammatory cytokines such as tumor necrosis factor, interleukin 1, and providing a favorable micro-environment for tumor [28]. Conversely, lymphocytes exert a critical role in cancer-specific immune response [29]. It has been shown that an increased infiltration of lymphocytes into tumor tissue is associated with good prognosis [30]. In the present study, we found that an elevated NLR was associated with poorer OS and shorter PFS in cervical cancer patients, which was in accordance with the results from studies with several other cancer types.

Previous studies reported that higher pretreatment NLR had a stronger predictive effect in cancer at a more advanced stage [31, 32]. Yodying H et al. [31] evaluated the prognostic role of NLR in esophageal cancer and indicated that NLR was associated with tumor invasion and lymph node metastasis. Meanwhile, Xue TC et al. [32] found that NLR was associated with vascular invasion in hepatic carcinoma. In the present study, our results showed that NLR was positively related to tumor size and significantly correlated with lymph node involvement as well as advanced tumor stage (FIGO). These observations indicated that inflammation severity might significantly affect intrinsic tumor characteristics in patients with cervical cancer.

Heterogeneity was observed in this meta-analysis. This heterogeneity may be partially caused by geographic area, statistical methods, sample size, NLR cut-off value, and the follow-up duration. In order to explore the source of heterogeneity in this meta-analysis, we performed a subgroup analysis. The subgroup analysis results demonstrated that the prognostic value of NLR was unaffected by the confounders mentioned above in the analysis. Moreover, the sensitivity analysis indicated that our results were relatively conclusive.

There are several limitations that need to be addressed in this study. First, most of the studies selected in this meta-analysis were retrospective, observational studies, and no prospective cohort study was identified. Moreover, most studies only contained information of NLR predictive value in the same stages or in the same therapy. Therefore, they may be more susceptible to bias in data analysis and the predictive value of NLR in the same stages and the same therapy need to be explored in the future. Second, a previous systemic review demonstrated that increased NLR predicted poor PFS with prostate cancer only in Asians, but not in Caucasians, which could be attributed to the ethnicity heterogeneity [33]. In this meta-analysis, majority of included articles came from Asian countries. Therefore, our current conclusions may not be suitably applied to other populations. Third, only 9 studies were included and the cut-off value for defining high NLR in each individual study was different, ranging from 1.9 to 5, which could hinder the application of this ratio in the clinical setting. In the future, original research is required to determine the most accurate cut-off value of NLR in cervical cancer patients.

Despite these limitations, our meta-analysis also has some strengths. To our knowledge, this meta-analysis is the first to evaluate the prognostic role of a pretreatment peripheral blood NLR in cervical cancer. Moreover, our results showed a significantly positive correlation between NLR and the clinical features of cervical cancer, such as tumor size, FIGO stage, and lymph node involvement. Thus, NLR could have a wider clinical application regarding the prognostic assessment of cervical cancer, may be useful in stratifying patients, and in determining individual treatment plans in the future.

In conclusion, our meta-analysis of currently available clinical evidence demonstrated that NLR could serve as a promising prognostic marker of cervical cancer, because it is available from routine blood tests in daily clinical practice, which are convenient, low cost, and reproducible. In addition, considering that NLR level was associated with prognosis of cervical cancer, it would be interesting to explore whether decreasing the inflammatory conditions, such as lowing NLR level could serve as an adjuvant therapy and therefore prolong the survival of cervical cancer patients in the near future.

This systematic review and meta-analysis was performed following the guidance provided in the Cochrane Handbook and was reported according to the Meta-analysis of Observational Studies in Epidemiology (MOOSE) guidelines [34].

We conducted a systematic literature search using the electronic databases PubMed, Web of Science, and Embase up to May 2016. Search terms included “neutrophil to lymphocyte ratio”, “NLR”, “cervix”, “cervical” and “tumor, cancer, neoplasm, carcinoma or malignancy”. The titles and abstracts of potential references were scanned carefully to exclude irrelevant articles. The remaining studies were assessed to identify the topic of interest, and full texts were then reviewed comprehensively.

Two independent investigators assessed the quality of each included study using the Newcastle-Ottawa Quality Assessment Scale (NOS) [35]. On a score scale from 0 to 9, a study with 7 or more stars was considered as high-quality.

The HR and corresponding 95% CI were used to evaluate the prognostic efficiency of NLR on cervical cancer. In addition, the relationship between NLR and clinical-pathological features were reported as ORs and 95% CIs. Cochran’s Q test and Higgins I-squared statistic were adopted to test the heterogeneity of pooled data. I2 < 50% and p > 0.1 indicated no significant heterogeneity and fixed-effects model was applied to combine the effective value [36]. Otherwise, a random-effects model was adopted. All statistical analyses were performed using STATA 12.0 software (StataCorp LP, TX, USA).

The study was approved by the local Institutional Review Board.