Percutaneous coronary intervention (PCI) is an important method in the treatment of coronary artery disease. However, culprit lesion revascularization after acute coronary syndrome (ACS) reduces the relative risk of mid- to-long-term cardiovascular events by only 20% [1], nearly about 50% events are likely to arise from sites remote to the original culprit lesion [2]. Low-density lipoprotein cholesterol (LDL) level is strongly associated with the increased incident of coronary artery disease (CAD) and many guidelines recommend intensive lipid-lowing therapy for patients at very high CAD risk [3, 4]. Some trials suggested long-term high-dose statins therapy could make greater plaque regression and can improve the prognosis of ACS patients [5, 6]. On the other hand, clinicians often worry about the potential harm of high-dose statin when consider its’ benefit especially for elderly. Geriatric patients are at risk for drug side effects because of polypharmacy, alterations in the rate of first pass and phase I metabolism, and decreased capacity of carrier proteins such as albumin [7]. Ezetimibe is one kind of lipid-lowering drug known as cholesterol absorption inhibitors which has different metabolic pathway with statins [8]. One trial indicated ezetimibe (10mg/day) plus low-dose atorvastatin (10mg/day) had a similar reduction of LDL-C with high-dose atorvastatin (40mg/day) [9]. There were few randomized clinical trials (RCTs) of statin or other hypocholesterolemic medication included persons older than 80 years [10].This trial was designed to test the efficacy and safety of ezetimibe (10mg/day) plus atorvastatin 10mg/day for octogenarian patients with ACS in one year follow-up compared with atorvastatin 20 mg/day.

This was a randomized controlled trial in Xuanwu Hospital of Capital Medical University from June 2012 to December 2014. The protocol had been previously approved by the institutional review board and all patients provided informed consent. Clinical enrollment criteria were: 1) acute coronary syndrome (ACS) patients confirmed by coronary angiography; 2) age between 80 and 90 years old. Exclusion criteria were: chronic high-dose statins therapy (atorvastatin> 10mg/day), referral to coronary artery bypass surgery (CABG), abnormal liver enzymes (alanine aminotransferase (ALT) or aspartate aminotransferase (AST)> 40U/L); renal failure with serum creatinine> 2 mg/dl, muscle disease or refused the trial. Eligible patients were randomized 1:1 to combined therapy group (atorvastatin 10 mg/d and ezetimibe 10 mg/d) or double-dose atorvastatin group (atorvastatin 20mg/d). Specifically, a randomization list was provided by the sponsor before the beginning of the study using SPSS Statistics version 20.0.0 computer software. Block randomization was used with a block size equal to 2, each block containing one patient who was assigned combined therapy and one patient who was assigned double-dose atorvastatin.

All PCI were performed with standard technique and only drug-eluting stents were used. Patients’ blood samples were collected in hospital to measure creatine kinase myocardial band (CK-MB), troponin-I (TNI), creatine (CK), ALT, AST, creatinine, low-density lipoprotein cholesterol (LDL-C), high sensitive C-reactive protein (hsCRP) levels; further measurements were asked to perform at 3, 6, 12 month after discharge. Patients were followed up with telephone calls at the end of one year. The primary end point was one-year incidence of major adverse cardiovascular events (MACE, including cardiac death, spontaneous myocardial infarction, unplanned revascularization). Spontaneous myocardial infarction was defined as: detection of rise of cardiac biomarkers (preferably troponin) with at least one value above the 99th percentile of the upper reference limit together with evidence of myocardial ischemia with at least one of the following: Symptoms of ischemia; electrocardiogram change indicative of new ischemia(new ST-T changes, or new left bundle branch block); development of pathological Q waves in electrocardiogram; imaging evidence of new loss of viable myocardium or new regional wall motion abnormality [11]. An unplanned revascularization was defined as a revascularization procedure that was not planned at the first angiography of the admission.

Statistical analysis was performed using JMP version 10.0.0 (SAS Institute, Inc. Cary, NC). Continuous variables were presented as mean ± standard deviation, or median values for those with a skewed distribution. Discrete variables were summarized as absolute numbers and percentages. Inter-group comparisons were tested with independent t-test for normally distributed continuous variables and Wilcoxon rank sum test for skewed continuous variables, and Pearson’s χ2 test was used for categorical variables. Cumulative event rates were estimated with the Kaplan-Meier method and differences were tested with a log-rank test. The Cox proportional hazard regression models were used to explore the association between the survival of patients and clinical factors. We built multivariable models by adjusting for age, gender, body mass index (BMI), current smoking, prior CAD (prior MI and PCI), hypertension, diabetes mellitus, hyperlipidemia, ST-segment elevation myocardial infarction (STEMI), PCI. All significance tests were two-tailed. Statistical significance was defined as a P value less than 0.05.

From June 2012 to December 2014, a total of 264 patients (accounted for 7.1% of all the ACS patients) fulfilling the enrollment criteria and 34 patients were initially excluded: 13 patients had chronic high-dose statin therapy, 4 patients refused the trail, 10 patients had abnormal liver function, and 7 patients had chronic renal failure. At last, there were 230 patients were randomized to combined therapy group (atorvastatin 10 mg/d and ezetimibe 10mg/day for one year, n =114) or double-dose atorvastatin group (20 mg/day for one year, n = 116). Clinical features of the study patients were showed in Table 1. Age, gender, coronary artery disease history, hypertension, lipid level, liver function, renal function and medical therapy were comparable between the two groups. The two groups’ angiography and PCI characteristics were similar. There were 52 patients in combined group (45.6%) and 50 patients in double-dose group (43.1%) implanted drug-eluting stents.

The prognosis in the two groups

Table 2: The outcomes of the two groups in one year

The event rates were comparable between the two groups in one year. 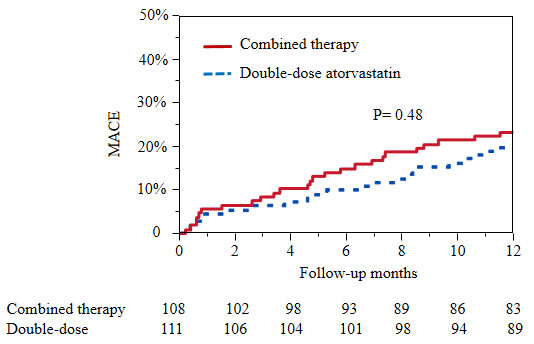 Table 3: Biochemical data of the two groups in follow-up

In fact, both LDL-C and hsCRP decreased faster in double-dose atorvastatin group than combined therapy in the first three months.

Cholesterol levels decrease in elderly may because of the development of cholesterol metabolism, malnutrition, frailty or chronic diseases [12-14]. Comparison with younger patients, the absolute effects of cholesterol level on CAD mortality rates are much greater in older patients [10]. Among 80 to 89 years old patients, the annual CAD mortality rate increased 10-fold more compared with 40 to 49 years olds for each 1-mmol/L increase in total cholesterol levels [15]. A meta-analysis reported that each 1-mmol/L reduction in LDL-C decreases the annual rate of arteriosclerotic cardiovascular disease (ASCVD) by more than one-fifth and all-cause mortality by 10% regardless of age [16]. ACC/AHA guideline supports starting statin treatment in patients aged 75 to 82 years with clinical ASCVD [17].

However, elderly patients may be more prone to adverse effects of statins [18, 19]. Muscle effects range from pain without elevated serum creatinine kinase levels to rhabdomyolysis [20]. Other considerations include increases in liver transaminase levels, which usually resolve after dose reduction, or discontinuation of the drug, or may also normalize spontaneously [21]. In recent years, it has been observed that the use of statins increases the risk of type 2 diabetes [22, 23]. In fact, in 2012 the European Medicines Agency (EMA) published guidelines related to an increased risk of diabetes associated with statin therapy [24]. This effect is dose-dependent and has a clear relationship with age [25-29]. Age older than 75 to 80 years is often regarded as a risk factor for adverse effects17. It has been reported that 47% of patients > 75 are on >5 drugs [30]. On the other hand, a study of > 950,000 patient records from US databases showed that 83% of patients with dyslipidemia used a CYP3A4-metabolised statin and that, of these, 25%-30% also received a CYP3A4 inhibitor [31]. This suggests that elderly patients treated with statins have a particularly high risk of developing drug-drug interactions especially with high dose. The ACC/AHA guideline recommends a moderate intensity (but not a high-intensity) statin treatment for ASCVD patients older than 75 years [17].

Ezetimibe can inhibit the absorption of intestinal cholesterol by act on Niemann-Pick C1-Like 1 (NPC1L1), which is a polytopic transmembrane protein localized at the apical membrane of enterocytes and the canalicular membrane of hepatocytes. NPC1L1 is a sterol transporter to mediate intestinal cholesterol absorption and counterbalances hepatobiliary cholesterol excretion [32]. Ezetimibe alone played the same protection against a moderate atherosclerotic lesion, which was associated with lowering serum cholesterol, decreasing circulating inflammatory cytokines, and inhibiting macrophage accumulation in the lesions [33]. When added to statin therapy, ezetimibe resulted in incremental lowering of LDL-C levels and improved cardiovascular outcomes [34, 35]. But some other trails didn’t support this conclusion [36, 37]. This trail showed that the low dose atorvastatin combined with ezetimibe introduce similar clinical outcomes of elderly ACS patients compared with double dose of atorvastatin, but the incidence of adverse effect was reduced.

However, this was a single-center study, and the sample size was small. If the number of patients enlarged, some difference maybe become significant. The medication adherence was not assessed except atorvastatin and ezetimibe. A larger RCT is needed to determine the best dose of lipid-lowering agents in secondary prevention for elderly ACS patients.

The authors declare that they have no competing interests. Dr. Dong Xu, and Zhi Liu designed the study, Zhi Liu and Jing Li did statistics analysis and wrote the manuscript, Chunlin Yin, Hengjian Hao and Yanyan Chu helped to did statistics analysis, organized the materials and revised the manuscript. All the authors gave the final approval of the version to be published.

We would like to show our gratitude to Dr. Ji Xu and Boyu Li who helped to analyze coronary angiography image.

The study was not supported by any external source of funding. There are no relationships with industry. All authors have nothing to declare.