2The Neurosurgery of Affiliated Hospital, North China University of Science and Technology, 063000, China

Obstructive sleep apnea-hypopnea syndrome (OSAHS) is an independent risk factor of cerebral arterial thrombosis, which can aggravate the cerebral injury caused by cerebral arterial thrombosis [1–2]. Autophagy, which widely exists in cerebrovascular diseases such as cerebral arterial thrombosis, exerts significant effects on the pathological process of cerebral arterial thrombosis via regulating apoptosis of nerve cells [3–4]. Mammalian target of rapamycin (mTOR) is an evolutionarily conserved serine/threonine protein kinase, which can be stimulated by various factors such as growth factors, nutriments, etc., and then phosphorylate downstream target proteins to engage in genetic transcription and protein expression and affect autophagy [5–6]. Studies have shown that rapamycin can lessen hypoxic-ischemic brain damage of new-born rats, in which mTOR plays an important part [7]. ROS, oxidative stress, and inflammation responses, etc., aggravate OSAHS complicated with cerebral arterial thrombosis, which all can result in autophagy of nerve cells in a direct or indirect manner. Therefore, we speculate that mTOR/autophagy-associated pathways play an important role in the pathological process of the aggravation of cerebral ischemia nerve injury caused by intermittent hypoxia. In this study, we used rats with intermittent hypoxia preconditioning to prepare global cerebral ischemia-reperfusion models, observed the expression of mTOR/autophagy pathway and the loss and changes of nerve cells in the rat hippocampus and investigated its role in the aggravation of cerebral ischemia-reperfusion neuron injury caused by intermittent hypoxia, so as to provide experimental basis for the prevention and cure of OSAHS complicated with ischemic cerebrovascular diseases. 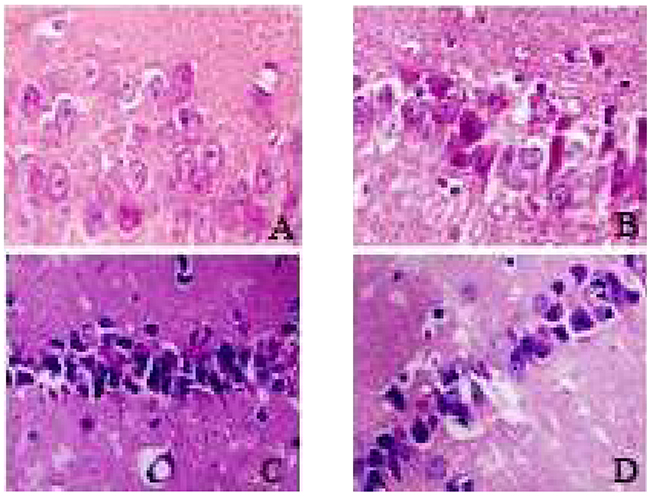 Table 2: Intergroup comparison of the counts of mTOR or beclin1 immune-positive cells in the hippocampus (±s, cells/visual field at high magnification)

Table 3: Changes of the relative expression levels of mTOR and beclin1 mRNA in the hippocampus of each group ( ± s)

In the present study, we found intermittent hypoxia preconditioning can aggravate the nerve injury of the global cerebral ischemia-reperfusion model, and the mechanism is associated with the activation of mTOR/autophagy pathway. Our results provided experimental basis for the prevention and cure of OSAHS complicated with ischemic cerebrovascular diseases.

Autophagy widely exists in eukaryotic organisms, which is a phenomenon that cells recognize, degrade and reverse dysfunctional proteins and organelles via the lysosome pathway, stimulated by physiological or pathological factors. It is the third manner of death besides necrosis and apoptosis [8–9]. The results of the study showed that compared with the I/R group, the IH+I/R group showed aggravated structural damage of neurons and a decreased survival density of neurons at each time point (6h and 24h) as well as enhanced expression of beclin1 protein detected by immunohistochemical staining and RT-PCR, which indicated that autophagy exists in the process of pure cerebral ischemia-reperfusion, and intermittent hypoxia can further activate autophagy and worsen neuron loss after cerebral ischemia. These findings are consistent with existed research results at home and abroad. Liu [10] built the intermittent hypoxia mouse model and observed the expression of autophagy-associated proteins of the nerve cells in the mouse hippocampus CA1 region after intermittent hypoxia, and the results showed an increased level of LC3II/LC3≡ protein and exacerbated ultrastructural damage of neurons, which indicated that intermittent hypoxia could induce autophagy in nerve cells of the rat hippocampus. Koike et al. [11] found in the ischemia hypoxia mouse model a remarkable rise of the level of LC3-II protein, the formation of autophagosomes in the pyramidal cell layer of the hippocampus and extensive death of hippocampal neurons, which suggested that the activation of autophagy led to enhanced expression of LC3-II and aggravated neuron injury.

Several limitations should be mentioned. Firstly, we performed experiment only in vivo but not in vitro. Secondly, the results may be more stable if we verified the results in cell model. Finally, the interaction between these two proteins was not be analyzed.

In the SO group, vessels were exposed and isolated, electrocoagulation was not performed to the vertebral artery and the common carotid artery was not clipped. In the I/R, IH7+I/R and IH21+I/R group, rat models of global cerebral ischemia were performed with improved Pulsinelli four-vessel occlusion method, and the procedures were as follows: the rats received anesthesia with 10% chloral hydrate and then were fixed at prone position; the back of the occipitalia was cut open in the middle to expose the double flank holes; the preheated electrocoagulation needle was inserted (each time lasted for 2-4s) to seal the bilateral vertebral arteries; the rats were then placed on the surgery board in lying position, and the neck was cut open in the middle to isolate the bilateral common carotid arteries; twenty-four hours later, the bilateral common carotid arteries were simultaneously clipped for 15min to cause global cerebral ischemia.

From 8:00am-15:00pm every day, the rats in the I/R, IH7+I/R and IH21+I/R group stayed in the hypoxic chamber where nitrogen and air alternated with one circle lasting for 120s. Nitrogen entry continued for 30s to maintain an oxygen concentration of 5-21% internally. A digital oxygen meter was employed to monitor the internal oxygen concentration. The whole process continued for 21d.

Five rats were randomly selected from each group 6h and 24h after cerebral ischemia-reperfusion respectively, and fixed by cardiac perfusion with 4% paraformaldehyde. Then brain was harvested after decollation to cut out brain tissue from optic chiasma to cerebral transverse fissure. After the procedures of dehydration, paraffin embedding, sectioning, deparaffinating, xylene clearing and HE staining were performed routinely, the sections were observed under the optical microscope (40X10).

The above-mentioned brain tissue sections were routinely deparaffinated, blocked with 0.3% H2O2 for 10min and subjected to heat induced epitope retrieval for 1.5 min. After anti-beclin1 and anti-mTOR antibody was added, the sections were incubated in the wet box at 37°C for 30min. Then secondary antibody was added, followed by incubation in the 37°C incubator for another 40min. Next, after DAB development, dehydration, clearing and sealing with neutral balsam, the sections were observed under the microscope. Quantitative analysis of positive rates: five sections were selected for analyzing each index, and five view fields were randomly selected in the hippocampus on each section under the optic microscope (400X), and positive cells of each view field were counted with the computer.

A database of the data obtained in the study was established using Excel 2003 software. All data were shown with ±s. One-way analysis of variance for repeated data was performed with SPSS17.0 software. P<0.05 indicated significant difference.

14. He JY and Liu F. MTOR signaling pathway major diseases associated with aging and aging. Progress in Biochemistry and Biophysics 2014; 41: 257-265.